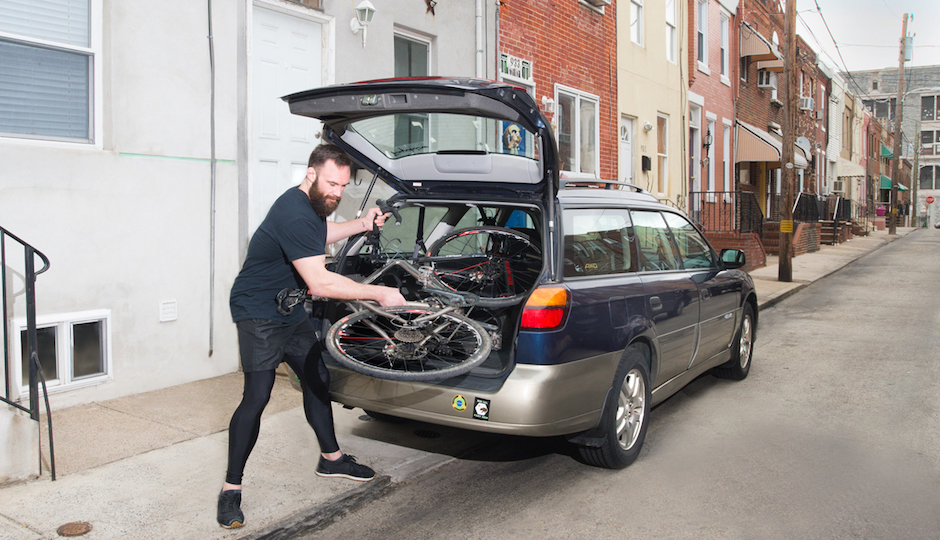 Subaru owners are fanatically loyal adventurers—signaling each other with a peace sign salute as they pass and referring to their cars as ‘Subies.’ Subaru Stories follows the journey behind 10 Philadelphia health professionals connected by a common thread: Their car. Where it takes them after work? That seems to be very different…

Few things cross your mind in the emergency room other than leaving as soon as possible. But for dedicated health professionals like Till Manthey, a day in the ER is their daily office. As a registered nurse, certified emergency nurse and certified rehabilitation nurse, Manthey spends his days (and often nights) working 12-hour shifts in humble blue scrubs at Hahnemann University Hospital.

Manthey dedicated his life to putting others before himself, taking care of people who come into the ER or to those that need help after an injury causes them to need physical therapy, but what’s most interesting about his story lies in the dings and dents of his blue 2004 Outback.

“It’s actually the first car I have ever owned,” says Manthey. “I live, work, and grew up in the city, so I usually bike everywhere, but I didn’t like the idea of not knowing how to or being able to do things, so I took lessons and finally got my license right before I turned 33.”

Just after getting his license, he went on the hunt for a car.

“I would pass this car for sale on the street every day, and I knew that if and when I bought a car I wanted a Subaru,” he says. “It had 140,000 miles on it, and was a 2004 model, but I knew with maintenance and upkeep this car would last me for as long as I needed it.”

He gave himself a deadline—if the car was still parked in front of his neighbor’s house, he’d finally call and make an offer. And just like that, the blue Outback was all his.

But it wasn’t so much about finally having a car as it was about the adventures he’d now be able to take, namely, an important one to visit his mother who was recently diagnosed with breast cancer.

“I am a city boy, but about six years ago my mother and stepfather moved to rural New York State,” he says. “I try to visit every other month, and even in their rough winters and muddy summers, I feel safe and confident in that car.”

Rain, snow, or mud, Manthey makes monthly trips to upstate New York to see his mom and keep her company on the way to her appointments.

“I felt really good about being able to take care of her, to get her there and back safely, to have the best tool for the job to make sure she was okay… and I know that mattered to her, too.”

In the summers, he packs his car with up to four of his favorite bikes–some with giant, off-road tires, others sleek and ready to race on a track–and heads out to Wissahickon Trail. He takes his dad down the shore to volunteer, stopping at every local crab shack he can find between Philly and Wildwood. He goes ice climbing in New Hampshire with his brother. He finds adventure every chance he can.

“[I like] the freedom it gives me, to travel and explore,” he says. “[I like] the feeling that there is nowhere I cannot go in my Subaru Outback and that I can safely help my family or friends go anywhere, too.”