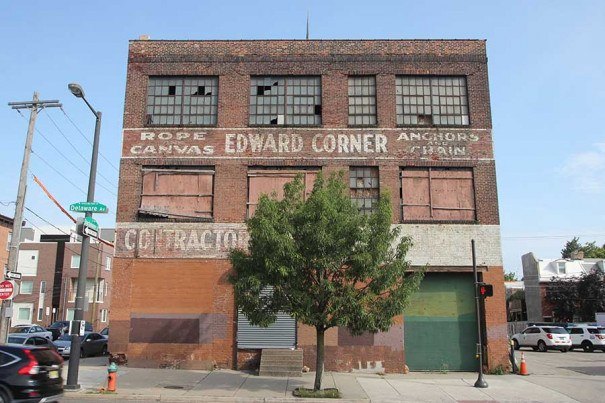 The Edward Corner Marine Merchandise Warehouse in Fishtown has a history that dates back to the early 20th century as a marine supplies outpost. But over the past few decades, it had become run down and dilapidated. And though in 2015 it was listed on the Philadelphia Register of Historic Places, it has often faced the threat of demolition.

That all changed in the past few years, as Streamline, a Philadelphia-based real estate development and construction company, has made the building its new home after extensive renovations. And now, a year later, the year-and-a-half renovation and hard work that went into the building is paying dividends for the company and the Delaware Avenue corridor it inhabits.

“At the time the opportunity came to us, we had expanded to three offices across the city, and we knew how important it would be to come together under one roof,” says Mike Stillwell, CEO of Streamline. “The mood of the employees has greatly increased with all of the natural light, historic details and open collaboration spaces we were able to create.” 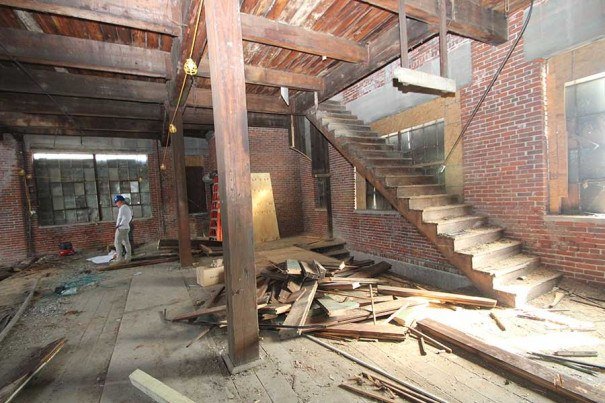 Streamline’s transition into the Edward Corner building still had its challenges. The team, which included James Leriche, a Streamline assistant project manager who was responsible for keeping with the building’s historical renovation and Kelly McMullen, a Streamline project specification coordinator who led interior design renovations, learned a lot along the way.

Here, the company talks about what went into its office renovations, what they learned, and some tips you can use if you’re looking to move into a new office with regulations attached. 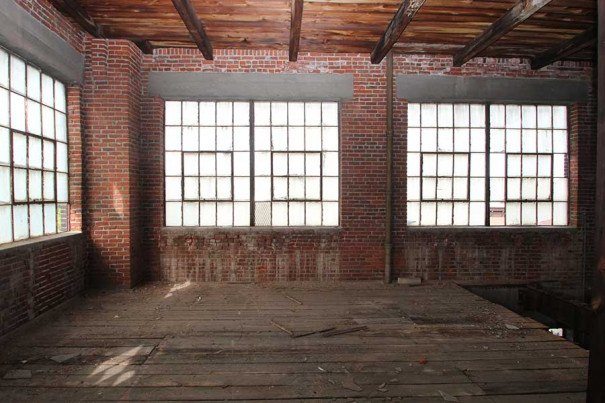 Even if you have a well thought out plan for a building renovation, there’s always potential to miss the mark. In Streamline’s case, that meant hiring a historical consultant from Powers & Company, a national firm with experience in historic building renovation to help fill its blind spots. Each time Streamline wanted to make a change, they checked in with their consultant to make sure it was in line with the rules of the Philadelphia Historical Commission. 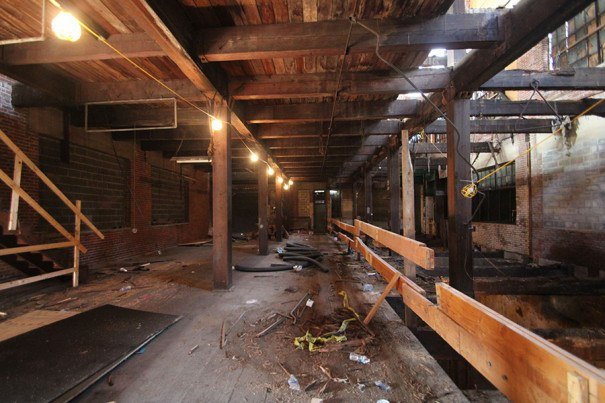 “It’d be a big learning curve to try to do a historic renovation yourself without a consultant,” Leriche says.

These efforts did not come without difficulties, as Streamline had to figure out how to utilize the building while maintaining its historical integrity. In their renovations, they wanted to preserve its original elements while also adding repairs and their own personal flair.

“Throughout the decision making process, we wanted to keep everything as preserved as possible in terms of materials,” Stillwell says. “At times, that was more costly or challenging, but it was well worth it since it made the building more authentic.” 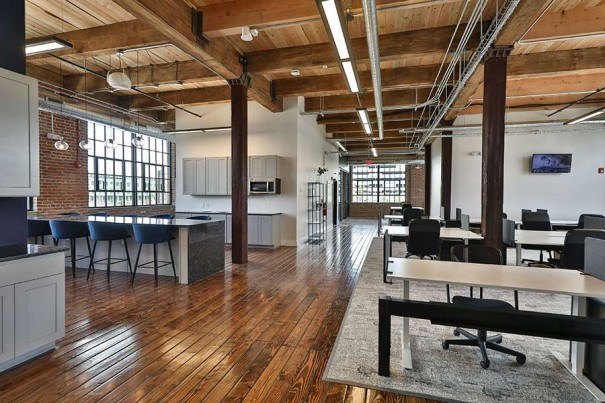 Most of these were interior changes, as guidelines say the exterior of historical buildings are to stay as is.

”We had everything in front of us and a map with all the steps we needed to have something to look at as a goal,” McMullen says. “When adding in mechanical and electrical work, we wanted to keep with the building’s industrial style and leave as much exposed as possible instead of covering it up.” 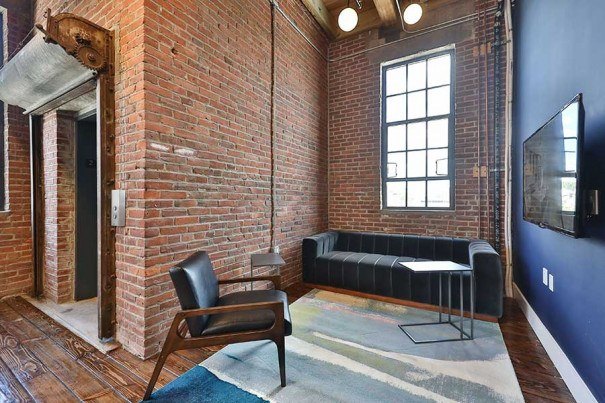 As they continued on in their process, the team had to balance what they wanted for the building while also planning for contingencies. There were some surprises along the way, and McMullen says it’s smart to be nimble when you execute a renovation.

“With a historical building, you have to consider the timeline,” McMullen says. “You can have a lot of unforeseen issues working with an old building.”

Streamline often found itself adjusting its timelines around the materials and furniture available. That included replacing the Edward Corner building’s roof while maintaining its original look, converting the building’s basement to a company fitness center and matching the window patterns to those of the original, among many other things.

“Know that it’s not going to be very easy or straightforward,” McMullen says. “You’re going to come across many different obstacles while you’re renovating a building. But it is very rewarding once you complete it and see how far it’s come. You end up with a beautiful, interesting and unique space that has a story.”

Make the Space Your Own 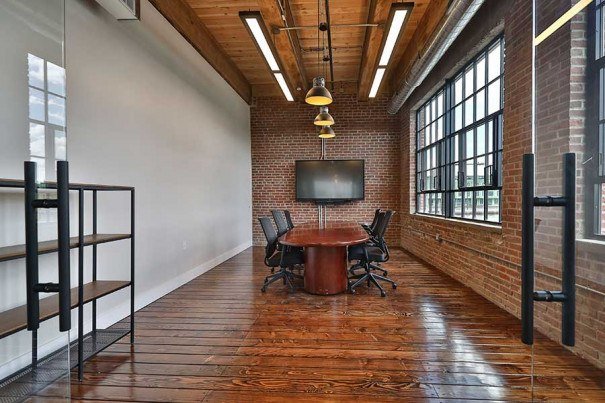 Just because there are rules to follow in a historical renovation doesn’t mean you can’t still add a personal touch. At Streamline, the renovation produced a statement piece by turning old beams into a striking conference table in its virtual reality conference room. The team also added glass panel office doors, as having natural light was an important emphasis.

“We wanted to highlight the industrial feel of the building where possible and keep as much of the original building as we could,” McMullen says. “We wanted to kind of work with that and not try to cover it up or overshadow it in any way.” 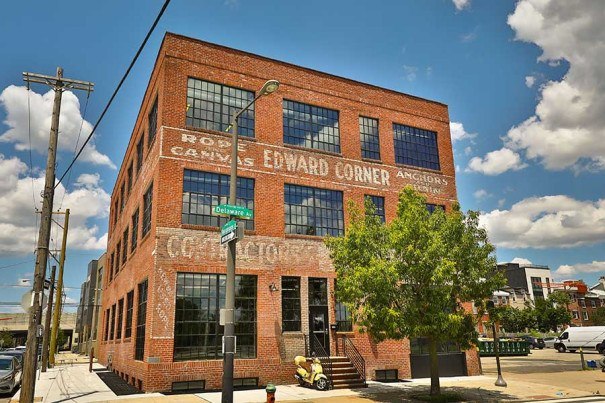 During the renovation process, you should also consider how your employees and their departments will interact with each other in your new space. Once you’ve made those decisions — and ensured that everything is up to code, you’ll have an easier time throughout the process.

“Think about how to customize the space and have everyone sit where it makes the most sense,” McMullen says. “Being able to create this space from scratch and lay out and have everything work with our company, it makes it really easy to work day to day.”

Streamline will celebrate its one-year anniversary at the Edward Corner building with a ribbon-cutting ceremony for its plaque for the National Register of Historic Places plaque on June 17. Contact Christine Glasser at christine.glasser@streamlinephilly.com for more information. 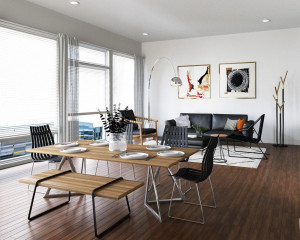