The Silent Killer of Student Athletes – Are Philly Kids Protected? 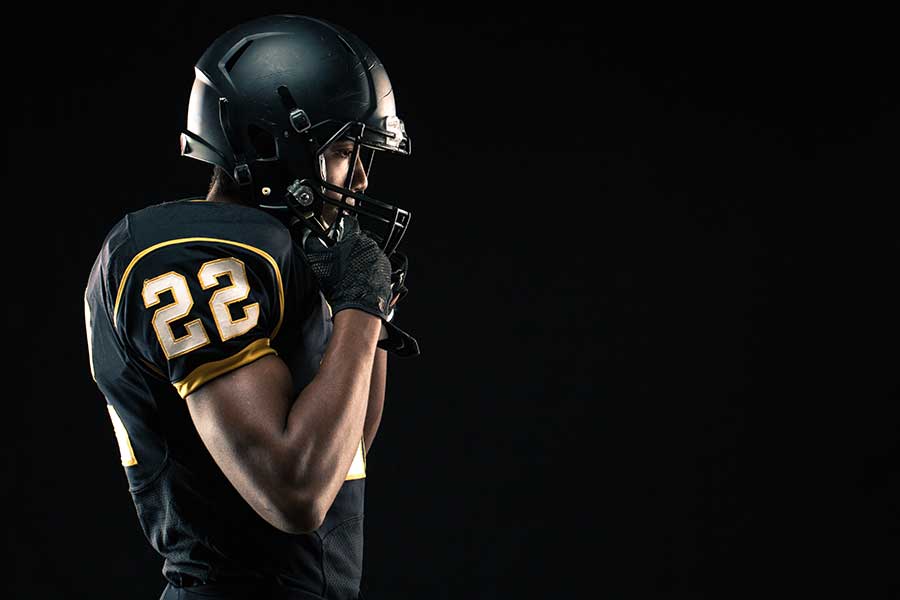 The #1 killer of student athletes is sudden cardiac arrest. Pretty scary, right? The even scarier part is that heart screenings can detect underlying conditions that could lead to cardiac arrest, but aren’t required or usually performed during routine examinations—meaning you and your child might not know about an issue until it’s too late. Now, local lifestyle blogger and mother of two, Whitney Wingerd, is teaming up with Simon’s Heart, a Philly-based nonprofit, to raise awareness about sudden cardiac arrest and encourage parents to register for a free heart screening.

In May of 2013, Wingerd learned the importance of heart health the hard way. Then 38-years-old, Whitney was running in the Broad Street Run (a longtime goal of hers) when she started feeling chest pain around 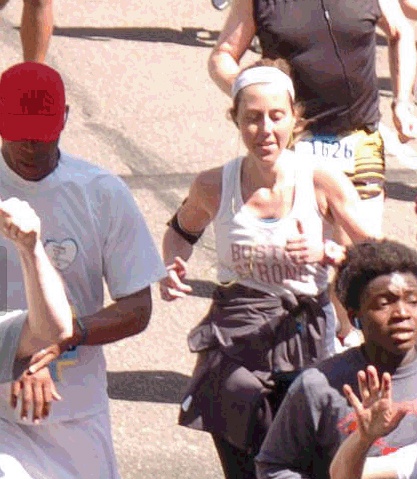 Whitney crossing the finish line at the Broad Street Run.

After dropping her kids off at school, she headed over to her family doctor, who set her up to have an EKG. A few minutes later, she was told she had a significant heart arrhythmia (her heart was not beating the right way) and had pushed herself too far during the run, worsening her symptoms. “I was petrified,” Wingerd says. “I was so worried I was on my way to having a heart attack.”

Two days later, she went to the cardiologist, who informed her that one in ten people have a heart arrhythmia. “It made me very aware of my own health and pushing my limits,” says Wingerd. After coming to terms with her own heart health, Wingerd began to think about her two sons. Some heart conditions are hereditary—would they face similar problems? 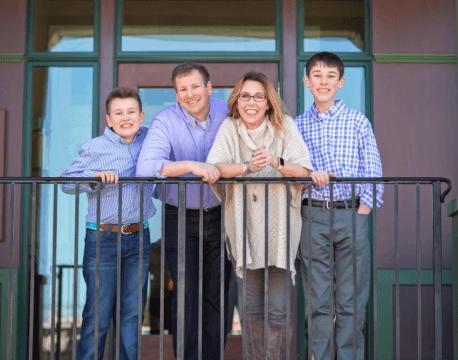 Whitney and her family.

Both of her teen sons play sports and often complain of aches and pains after a game. “Kids complain and sometimes we think it’s just kids being kids. But, as parents, we really need to listen to them,” she says. “Ask them how they’re feeling, do our research and be proactive about fighting for their health.” After her own scare, she’s more cautious than ever and is dedicated to ensuring her sons have a healthy and happy future.

Now, Whitney wants you to take action and register your kids for a free heart screening offered by Simon’s Heart on November 3rd at Hatboro Horsham High from 9AM to 2PM. The screening is quick, painless, and easy—in fact, the entire process usually takes less than 45 minutes. Wingerd and her boys will be there and she’s calling on her fellow parents to do the same. “Why wouldn’t I have my kids tested?” she says. “Being educated is being armed.”

Free heart screenings by Simon’s Heart are open to children ages 12 to 19. Pre-registration is required. You can register for the November 3rd screening here. For more information on children’s heart health and Simon’s Heart, visit simonsheart.org.