Pierre Robert’s Iconic WMMR Office is Getting a Makeover, Thanks to the Philly Home Show 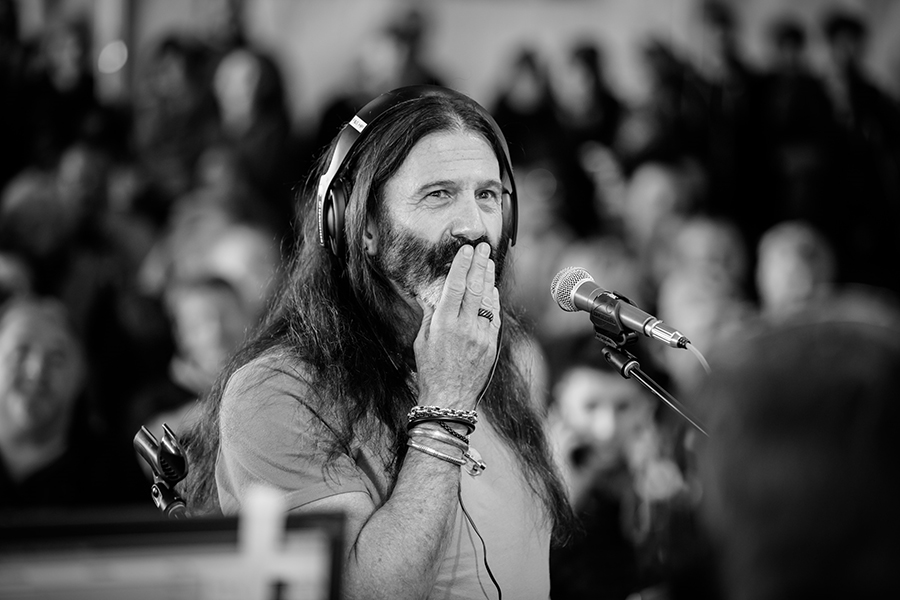 WMMR’s eclectic DJ and radio personality Pierre Robert is not what you would call organized. In fact, he says that’s actually kind of an understatement.

“There’s usually a field of debris like a plane crash,” Robert says. “It’s an awful analogy, but wherever I land, a pile of stuff comes out.”

Robert’s office is his headquarters and consequently a nucleus for his kind of chaos, so when the Philly Home Show approached him and offered to give his office a makeover, not only was he all in but he also jumped at the opportunity to host a yard sale at the Philly Home Show from 1-3 p.m. on Saturday, January 20. He’ll be giving away the excess “debris” that didn’t make it into his new office so visitors can pick up eclectic treasures, previously owned by a Philadelphia radio icon.

“I like renovating. I like those shows when someone goes in and sees potential in a place,” Robert says. “My office isn’t huge, but I wanted some kind of cool, functional space where I can store my records and try to operate my little universe. Spaces really do absorb the energy that exists within them and renovations can rearrange their energy.”

The radio host has been with the station for more than 35 years and his office has collected mementos, absorbing the vibrant energy of his career and working life.

“I’m not saying that my office had 35 years’ worth of stuff in it, but going through it prior to the renovation, I was just floored by the amount of bizarre things that I was finding,” Robert says, referencing his letters from listeners, random souvenirs and Christmas cards from 1982. There is also his vinyl collection, “and none of it was in any kind of order.”

“It was like the victim of a giant blender except it didn’t taste as good as a margarita,” Robert says.

So Philly Home Show vendors contributing to Robert’s new space were presented with a challenge. Lewis Pestrak of Cubicle by Design says the goal was to give Robert “easy organized access to his stuff.”

While Robert has yet to see his revamped office, the new space will feature a custom designed, solid wood entertainment center to accommodate a flat-screen TV for watching videos, as well as specialized drawers with custom ”Rock-n-Roll” knobs to hold his CDs and cassettes, by Cubicle by Design. Pestrak says they also installed high-end audio equipment with channels to conceal the wiring.

Other vendors like IMAGIO Glass Design have contributed pieces that highlight rock music and legends, while still keeping Robert’s office space flowing and functional. First Place Painting added bold colors to the walls to match Robert’s personality and Flake This Floor poured a new epoxy chip floor as the base for the new space.

“They’re really great folks at Philly Home Show and they’re all about improving your space and giving you cool new ideas,” Robert says. “I like the idea of enlightening a place, improving its karma, lifting its energy – a combination of feng shui and trying to put some good energy into a place. This tiny little renovation reflects that and I’m very excited about it.”

For ideas on how you can improve the karma in your own spaces, check out the Philly Home Show from January 12-15 and 19-21 at the Pennsylvania Convention Center. Save $4 on tickets by purchasing them here.

SPONSOR CONTENT The 3 Essentials of Philly Style, According to an Interior Designer