Inspiring Courage: This is Rodney McLeod’s Vision of Teamwork 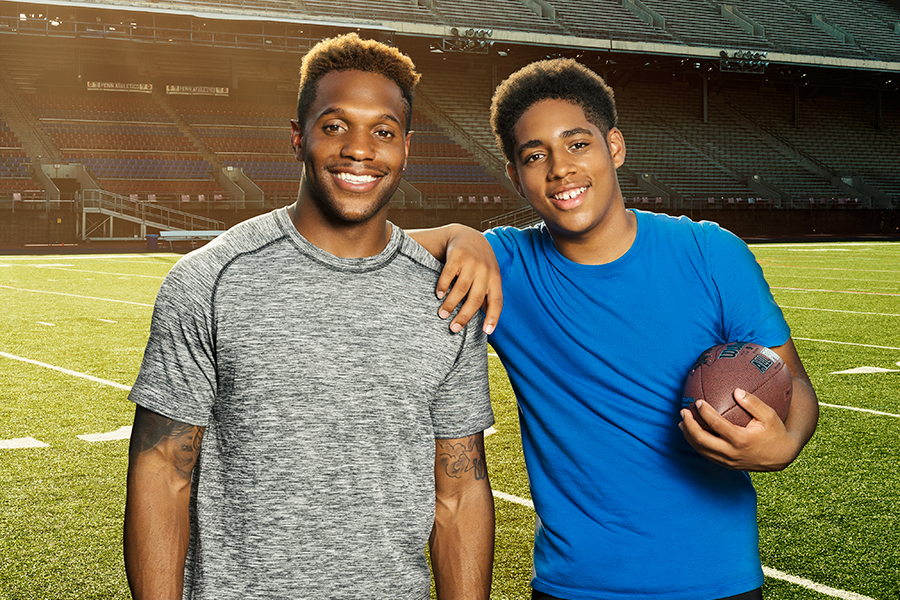 “I weighed 65 pounds the first year I played football. I got a toss on the left sideline and went like 97 yards untouched — just a little guy moving down the field,” says Philadelphia NFL football player Rodney McLeod. “That was the moment when I was like, okay, I think football is for me.”

Thankfully, Rodney’s parents offered him the balance he needed to make sure his football pursuits didn’t hinder his education. His mom, he says, would pull him off the field the minute his grades started slipping.

Today, Rodney is a huge supporter of Big Brothers Big Sisters, a national nonprofit dedicated to providing the same kind of support and mentorship that Rodney’s parents offered him. Just last year, he teamed up with local senator Anthony Williams to help recruit 100 volunteers for the program.

Below, we talk to Rodney about how his own support system — his family and teammates — help him have the courage to become a better mentor to the countless young sports fans (and one very special Little) who look up to him.

Who is your biggest inspiration?
My parents. Growing up, they were separated, so I would spend weekdays with my mother and weekends with my father. I also had my stepfather and stepmother around. I think just having that huge support system kept me grounded and focused. It helped remind me that there’s more to life than football.

Was their guidance what inspired you to become a mentor?
Yes. Lucky for me, I have my family to show me what success looks like. You need a blueprint. You need somebody you can look up to who can tell you what’s right and what’s wrong. When I found out about Big Brothers Big Sisters, I wanted to give that to somebody else.

What’s one of the biggest rewards of working with Big Brothers Big Sisters?
Seeing your Little succeed and knowing that you made a difference. I hope whatever I do, I can encourage him and make a difference in his life. He has a great mom already, so I’m just an added piece of the puzzle.

What advice do you find yourself repeating to your Little?
Set goals for yourself. I think that’s big in life, and it’s something you have to look at every single day. Knowing that you’re working towards something that’s achievable, and checking in and measuring those goals, that’s how you’ll ultimately be successful.

Click here to learn more, and don’t forget to visit Honda at the Philadelphia Auto Show to meet Chill Moody (January 27th), enter to win a Rodney McLeod autographed football (January 28), and meet Heather Mitts (February 3rd), as well as BBBS Independence Region CEO Marcus Allen and his team to find out how you can help local kids drive their dreams.