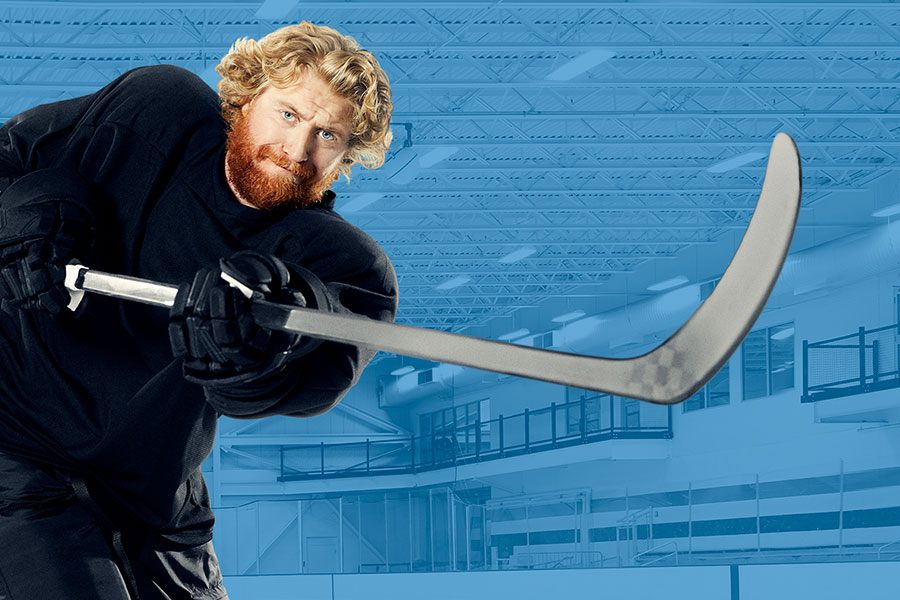 “The first time I stepped into the rink, I was three and smashed my head on the ice, and started crying,” says Philadelphia NHL player, Jakub Voracek. “My dad was so afraid I was going to give hockey up and be too scared to ever step on the ice again.”

Twenty-six years later, Voracek’s proven it’s a good thing he wasn’t. “The next day he took me back to the rink and I’ve been fine ever since,” he says smiling. More than fine—when he was sixteen, he was drafted by the Canadian Hockey league and moved to Halifax from his home in the Czech Republic. In 2007 he was drafted into the NHL and began his record-breaking career in Philadelphia in 2011. Coming off one of his best seasons yet, we sat down with him to learn more about how he scored his dream job and how invaluable mentorship has been throughout his career.

Did you have a mentor growing up?

My dad. It’s kind of cliché but it’s the truth. He took me to see my first game when I was three years old, bought me my first pair of skates for Christmas that year, and coached me until I was 13. He was always there for me.

What’s the most important lesson he taught you?

He taught me to never talk bad about someone. A lot of players that I played with when I was younger would always blame the coach or someone else, but never blamed the person in the mirror. He also said when you play bad, don’t get too low and when you play well, don’t get too high. So, I never have. I know it’s going to turnaround if I work hard.

What were some of the obstacles you faced on your way to success? How did you overcome them?

I left home when I was 16 to come play in North America. I didn’t speak any English, so I had to learn and understand a different culture. It was hard. I was calling home a lot. I was a mama’s boy, so she didn’t take it very well, but it had to be done. The love of the game kept me going and the older players that took me under their wing. Jaromír Jágr has been such a huge help in my career. Now that I’m pushing 30, I try to give the lectures he gave me to some of the younger guys. Being a team and sharing your knowledge with others is often missing in today’s world.

When did you first see your dreams becoming a reality?

My first game with the NHL was surreal. I was skating around looking at all of the fans in the stands and suddenly it hit me—Oh my God, I really made it. I’m in my 11th season now and I still think back to that game. It will always be special.

What’s one of the biggest rewards of working with Big Brothers Big Sisters?

I was lucky that I could play in the NHL, and that I had my family and friends around me, but not everybody is so lucky. Helping those that struggle during their youth or don’t have people to rely on is so rewarding. It’s just a joy. If you could make someone else happy, why wouldn’t you do it?

Click here to learn more and don’t forget to visit Delaware Valley Honda Dealers at the Philadelphia Auto Show to meet Heather Mitts (February 2nd), Patrice Banks (February 9th), and Jakub Voracek (February 10th), to find out how they’ve powered their dreams and how you can help drive local kids towards successful futures by volunteering with Big Brothers Big Sisters.

SPONSOR CONTENT Ready to Dream Big in 2019? Take a Trip to the Auto Show