This Single Square Mile Is Home to a Small Business Haven 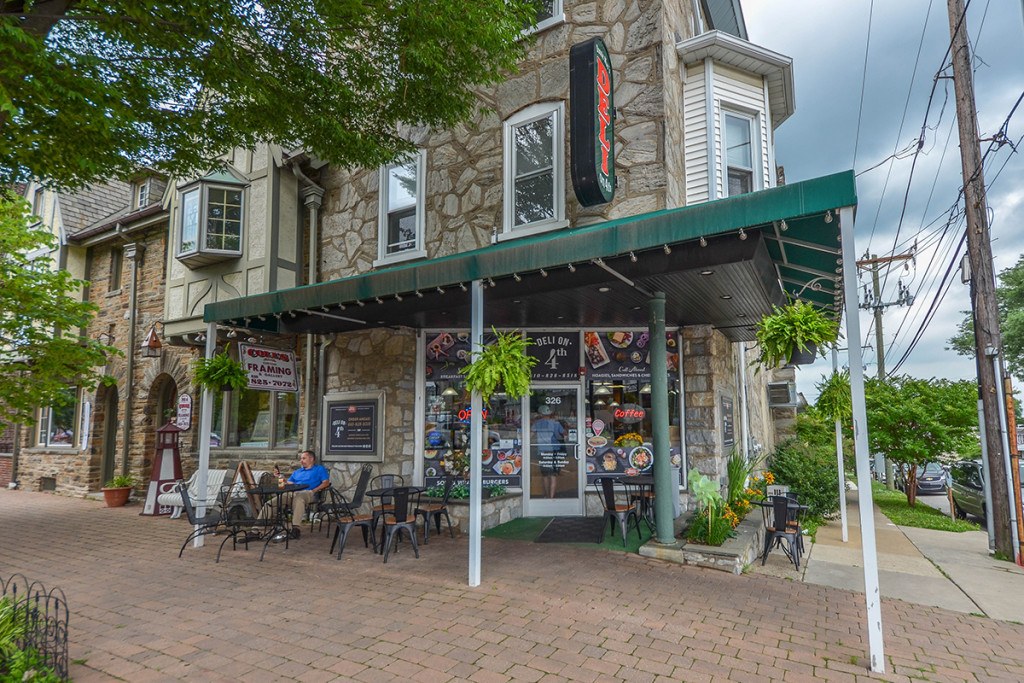 Only at the coffee shop Feine will you find the so-called Coco-’feine, a tropical-tasting combo of dark chocolate, coconut, milk and a double shot of espresso. A Brazilian native with a lifelong love of coffee culture, owner Daniela de Souza dreamed up the creation before she even opened the doors to her café in 2012. So when it came time to debut her signature drink, she knew it had to happen not on big city streets but in her adopted hometown of Conshohocken just up the river.

“The competition is less than being in Philly, but it was more about the community aspect,” she says. “When I was looking for a space, the bank told me about the landlord who was looking for a coffee shop … The business owner community here is really close and everybody helps each other out.” Eight years later, Feine now operates two more locations around Conshohocken.

Stephanie Morinelli, the owner of Deli on 4th, found a similar niche operating in the borough, which measures just a mile long. “What brought me to Conshy would be the love of the community,” she says. “It’s a tight-knit area.” After working at the beloved corner store for ten years and revamping it with the former owner, she took over the deli herself. Long-standing specialties — like The Godfather, a jazzed-up Italian hoagie — remain on the menu, but Morinelli added more modern touches like online ordering and self-ordering kiosks inside. Three years later, she’s now expanding with a new enterprise located behind the sandwich shop.

“People were coming into the deli asking us if we can make smoothies or fruit bowls for them, but we just didn’t have the space,” she says. “So when I bought the business, I saw the potential of the garage in the rear of the property to be that healthy alternative for Conshy.”

The renovated space will open this spring as “The Smoothie Shack in the Back” with juices, smoothies and bowls thanks to low-interest loans from the local business bureau. “If it wasn’t for them, I wouldn’t have been able to fund the project,” Morinelli says. “They helped me through the whole process.”

The expansion is timed with an influx of new businesses in the area. “Conshy is growing — it’s almost like a small city now. We have huge buildings going up all over,” Morinelli says. “We’re just growing with the town and growing with their needs.”

Even with the recent surge in development, the small-town philosophy remains. Local business owners recently got together to fundraise after an apartment complex suffered a fire, de Souza says.

Every year, she also works with other owners to put on a Chopped-inspired “Barista Battle” in support of the local food pantry. ‘Feine employees and local “celebrity” baristas compete to conjure up caffeinated drinks based on an assortment of donated ingredients, such as pretzels or sriracha. Hundreds of local residents then pack into the 750-square-foot store — a traditional rowhome — to watch what they come up with and support the cause.

“The last two years, we’ve raised like $2,500 and a couple thousand pounds of food just at this one event because the community and the business owners come together,” de Souza says. “The best part about Conshohocken is the community.”

Located just 15 miles from Center City Philadelphia and one of the most important professional centers in Montgomery County, Conshohocken is a desirable spot to live, work and play. Learn more by visiting the vibrant, walkable borough of Conshohocken or online at conshohockenpa.gov. The Greater Conshohocken Economic Development Council has low-interest loans available. For info, call 610-405-8158.

SPONSOR CONTENT How to Spend a Perfect Day in Conshohocken