Key to Escape: The Best Places to go Stargazing Around Philly 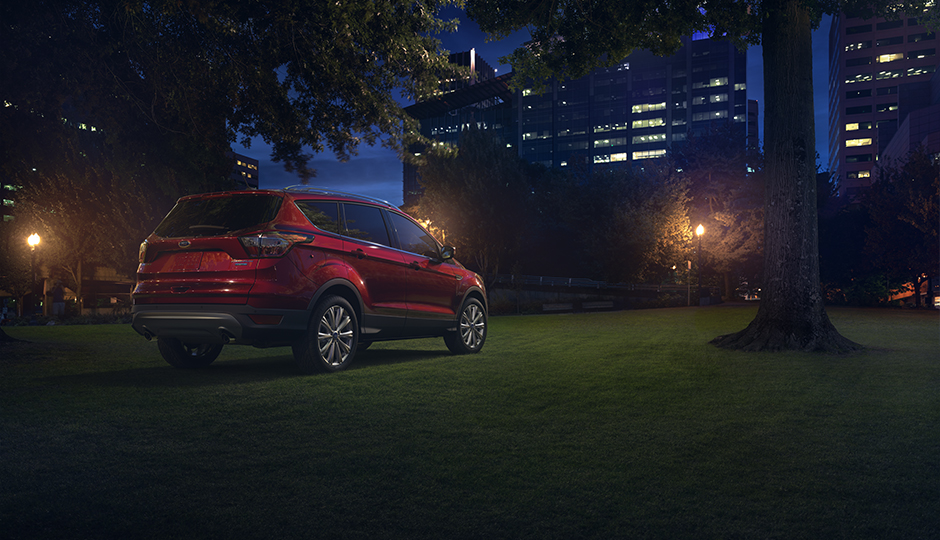 If you’re still buzzing from last week’s solar eclipse, we have a remedy for you. We know that all the street lamps in Philly cannot rival the natural beauty of a clear and starry night sky, so we’ve come up with five of our favorite local places to go gaze at the galaxy. When you’re planning your escape from the city grid, consider the following destinations — all within 45 minutes to an hour and a half drive — and, of course, a fuel-efficient vehicle to get you to the scenic Celestials. Whether it’s an evening trip or an easy weekend getaway, drop these locations into your GPS (Ford Escape’s SYNC®3 voice-activated navigation makes getting around at night pretty simple) and look out for Orion’s belt.

There’s nothing like crossing the New Hope – Lambertville bridge at night, which is only an hour’s drive from Philadelphia via I-95. During the day, the panoramic view from the over 1,000-foot bright green steel truss structure is already stunning. Here, you can spot the rippled tides of the Delaware River lapping at the shore to meet New Hope’s Bucks County Playhouse, or, across the water, coming right up to the Lambertville Station Restaurant and Inn. Through early fall, you’ll see kayakers, canoers and tubers coasting down the river, which is backlit in the evening by a pink sunset that reflects in the water to look almost endless. Wait an hour or so until the sun sets and bright stars pile in the sky above and make your way to Martine’s RiverHouse Restaurant in New Hope, where you can dine on the patio, look up and let nature take over.

If you’re looking for a reprieve within city limits, take a mini road trip through Fairmount Park, up its steep, hilly facade and all the way to the meadow in front of the Belmont Mansion. Here, you’re bound to have company; the plateau is a popular place for picnicking, barbequing, first dates and even drone classes due to its wide-open sky view. Know what else is great about this wide-open sky view? You guessed it. It’s far enough away from the bustle and bright lights of the city (whose sparkling skyline you can still view below) that you can really see what’s up and out there. Bring a blanket and find some planets.

Arguably one of the most picturesque of New Jersey beaches, Cape May is a great place for getting out of dodge and scanning a starry sky — and it’s only around an hour and a half drive from city limits. When the umbrellas and beach balls are all packed up for the day, it’s time to take a seat in an abandoned lifeguard chair or park your blanket on a sand dune and look up. One local photographer captured some pretty incredible photos of the stars over the Atlantic ocean, including an extremely apocalyptic-looking scene above an old World War ll bunker that’s situated on the tip of the peninsula. While you can’t tour the structure (it’s off-limits), it’s worth going to the extra sandy mile to find it and snap a few photos yourself.

Beautiful for a handful of reasons, Mount Pleasant was a grand country estate and farm when it was built in the late 1700s. So grand, in fact, that John Adams hung out there before he served as president — and called it “the most elegant seat in Pennsylvania,” to boot. Today, it’s early charm still holds strong (a tour of the masterfully crafted main building should be on your list) and its views are timeless. Raised above the cliffs of the Schuylkill River, far enough away from the city that its original owner, sea captain John Macpherson, considered it country living, it’s the perfect place to spot the constellations. Imagine Macpherson standing there, deciding that this must be the place right before breaking ground. It would’ve been a sight for sore eyes — and it still is. Less than a 15-minute drive from City Hall via the scenic State Route 3007 or I-76 West, you could make it there and back on a weekday evening without missing bedtime.

Longwood Gardens’ Illuminated Fountain Performances is a multi-sensory light and sound night fountain show. In other words, it’s a stargazer’s dream. The project, stationed within beautifully manicured exotic gardens of Longwood, combines music, light and water in an awe-inspiring display. Think tunes from the Beatles and the British Invasion, Broadway musical classics, John Coltrane and jazz favorites paired with bold, bright colorful waterscapes intermingling at different heights, shapes and sizes. Mesmerizing doesn’t begin to explain it. This year, the night fountain display runs from August through late September. Plan to make it to Longwood — located in the quaint town of Kennett Square — in about an hours’ drive time. Visit longwoodgardens.org for more information.

*SYNC® is an optional feature. Don’t drive while distracted. Use voice-operated systems when possible; don’t use handheld devices while driving. Some features may be locked out while the vehicle is in gear. Not all features are compatible with all phones. Message and data rates may apply. Optional Navigation System map updates cannot be received via Wi-fi® and require a separate update.

SPONSOR CONTENT Philly Entrepreneurs on How They Created Their Dream Jobs

SPONSOR CONTENT Key to Escape: Our 5 Favorite Podcasts of the Week

SPONSOR CONTENT Key to Escape: What to Pack For Your Weekend