After a Double Knee Replacement, He’s Taking His 70s in Stride 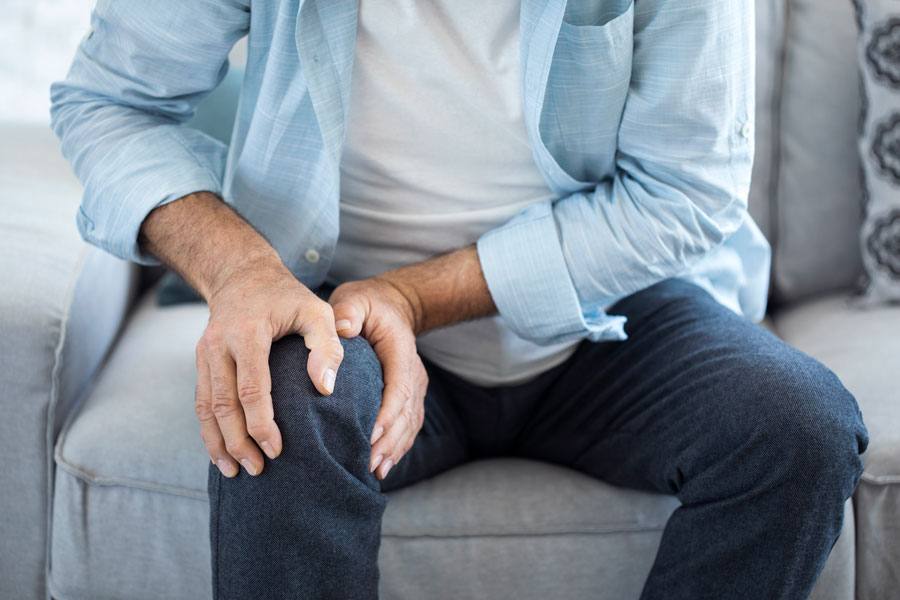 Ed Goss had been getting injections into his knees for 15 years. “I got shots of this artificial stuff called Synvisc, which I called WD-40 for the knees,” says Goss. The injections helped relieve pain from a skiing accident Goss had when he was 21. But over the years, the shots began to lose effectiveness. In early 2016, with the pain increasing, and Goss desperate for relief, asked his doctor what could be done. “He pulled up my X-rays and said, ‘It’s not going to get any better, and you’re going to stop getting relief from these shots.’” His doctor recommended a knee replacement, but since both knees were in bad shape, Goss asked his doctor, why not get them done at the same time?

“He was a little hesitant, but he knew I took care of myself,” Goss says. He was in good shape and he didn’t have any serious health conditions, but his doctor warned him that a double knee replacement would make rehab more difficult. For Goss, however, there was more to the decision than killing two birds with one stone. At 70 years old, he feared he wouldn’t have it in him to go through two separate surgeries and two rehabs.

“I said, ‘You know what my fear is? I’ve seen it happen with other people, where they get one knee done, but then they’re afraid to get the other one done.” His doctor agreed to schedule the surgery for later that year. In the days leading up to his operation, Goss was both excited at the prospect of walking without pain but nervous about the surgery and rehab. He feared the typical risks of surgery, especially infection. But he had done his research on his surgeon at Bryn Mawr Hospital and knew that his doctor’s standardized infection ratio—the primary measure used by the National Healthcare Safety Network to measure healthcare-associated infections—was effectively zero. The surgery went off without a hitch. But the rehab remained.

“I went to Bryn Mawr Rehab Hospital in Malvern,” Goss says. “I was there for eight days. It was intense.” 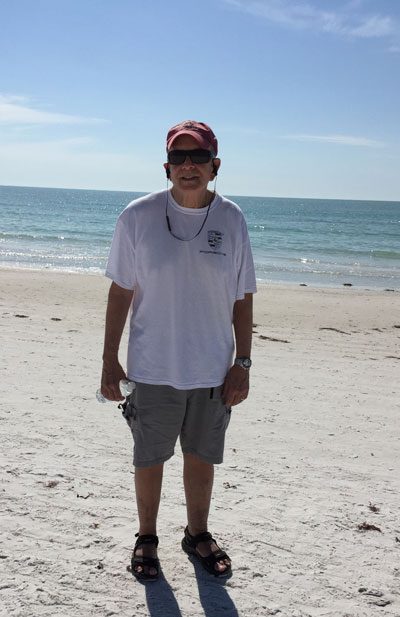 Goss’s doctors were upfront with him about the discipline he would need to complete rehab successfully. “I had a long discussion with the surgeon and the physicians, who told me ‘You have to do what you’re told to do.’ Which, honestly, is difficult for me,” Goss says. But Goss would have to rise to that challenge quickly. The same day of his surgery, his physicians had him get out of bed.

“I thought, ‘I can’t do this.’ They had two big guys holding me up. Then I realized, ‘I’m standing on both feet, and I have new knees.’ It was revelatory. I couldn’t believe this was happening to me.” By the next day, he was going up and down steps, and just a few months later, he was walking like he did before his accident, fifty years ago.

The surgery has been transformative for Goss. “I retired in January of 2017, and we went to Florida for a few weeks, and I found myself walking three and four miles on beach, three months after surgery, without an ounce of pain, and just happy as a clam,” he says.

“There were a lot of times before the surgery that I wanted to exercise, but the pain was bad,” says Goss. Now he finds he’s able to walk and exercise without limiting himself. “I go to the gym every day,” he says. “We sold our house and moved to an apartment in Newtown Square. We’re on the fourth floor, and I try to use the steps as much as possible. I’m on the treadmill every day.” His only regret? That he didn’t make the change earlier. “Don’t wait. Get it done. I’m a prime example,” says Goss. “I love having the freedom to walk without pain.”

SPONSOR CONTENT The Guide to Getting Pregnant: Diet and Lifestyle Do’s and Don’ts