We Have Reached Peak Self-Care

When, exactly, did self-care become the cure for all that ails us? 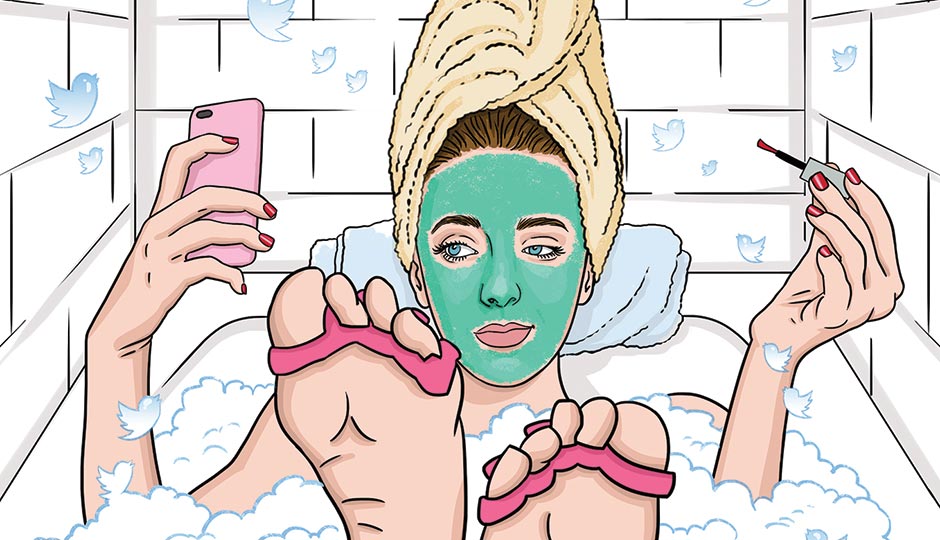 Something peculiar happened in the wake of the presidential election. Along with all the op-eds focused on the resistance came a slew of other pieces pleading with the resisters to remember, in the midst of our political tumult, to take time for themselves. Headlines like “Self-Care Tips for Those Who Are Terrified of Trump’s Presidency” and “Self-Care During the Trump Administration Is Vital” popped up with such regularity that it seemed like taking time for yoga and Netflix nights was part and parcel of patriotic political opposition.

I shouldn’t have been surprised. “Self-care” has become the buzziest term since “selfie,” forcibly wedging itself into our vernacular via Twitter, Facebook and Gwyneth Paltrow. And why not? Who could possibly be opposed to caring for oneself? But the phrase, which once referenced general health and wellness, has taken on a near-comical ubiquity; it’s now shorthand for everything from minding your mental health to getting a blowout to taking a bubble bath — all of them self-prescribed “healing” agents intended to make you healthier, happier and more whole.

It’s also inescapable: In Philly, you see “self-care” advertised everywhere, from Penn-led self-care workshops to self-care adult coloring books, which you can scoop up for $10.99 at Barnes & Noble. The concept has spurred neighborhood shops and yoga studios to populate their calendars with “self-care” themed classes and pop-up events, where, should you like, you may self-care en masse.

So it’s also no surprise, maybe, that a huge industry has mushroomed around the idea. Last year, the National Institutes of Health reported that Americans spend $2.7 billion per year on self-care. According to the Pew Research Center, this focus is especially pronounced among millennials — an observation seconded by one of my colleagues, who says her millennial daughter is “a strong believer in self-care,” adding, “by which she means spending money on herself.” Certainly, there’s no shortage of messaging suggesting a need for self-care ephemera. Take, for instance, Gwyneth Paltrow’s Goop, which recently teamed up with Nordstrom to hawk all sorts of self-care miscellany, like a $500 meditation cushion stuffed with organic dried buckwheat hulls, or a $199 pelvic floor exercise tracker to help tone your nethers. Now you, too, can nurture your inner self — with meticulously tracked kegels!

Truth is, people have managed to take care of themselves for eons without going broke or hashtagging the process. (Heck, did anyone know or care that Ruth Bader Ginsburg exercised before her trainer released a book about it this summer?) So why have we suddenly become obsessed with communicating this to the world and insisting that there’s always more self-care to be done? Maybe it’s just the marketing. Maybe the harried pace of life today has us turning inward. Maybe it’s our increasingly me-centric, individualized society. Whatever the case, I think it’s safe to say that precious few of us need to be reminded to think about ourselves more often. (As that colleague says: “Self-care? How about you take care of someone else?”)

And yes, as the saying goes, you can’t pour from an empty cup, so of course tend to yourself. Be well. Go for the run. See the therapist. Meditate, chug lemon water, whatever. But it’s time to stop fueling the #selfcare fire by feeling the need to label it, fetishize it, justify it, tweet it, go bankrupt for it.

And if the Trump presidency terrifies you? Keep calling your Congressman. (You can even do that from the bubble bath.)

Published as “Scout: Me, My Self-Care and I” in the August 2017 issue of Philadelphia magazine.