On the Market: Expanded Colonial Farmhouse in Malvern 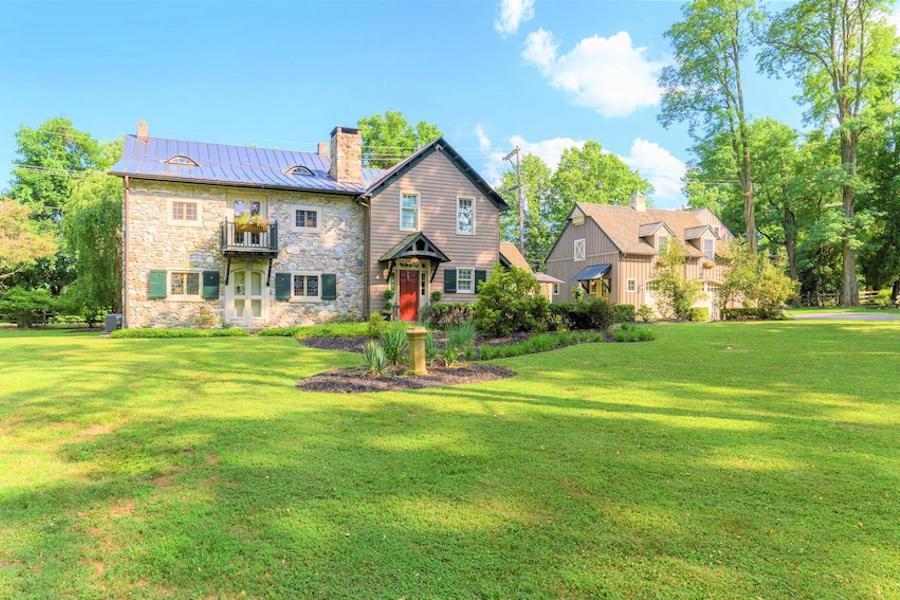 Can you tell which of this handsome house’s three wings is the oldest? We couldn’t either when we first laid eyes on 60 Mine Rd., Malvern, Pa. 19355 | Bright MLS images via BHHS Fox & Roach Realtors

This handsome stone-and-wood farmhouse not far from the Great Valley Corporate Center in Malvern is actually a symphony in three movements, written by three different composers.

The first movement was written sometime in the 1720s by the farmer who built the original wing of this Malvern expanded Colonial farmhouse for sale. Its beamed ceilings, built-in china cabinets and random-width plank floors set the tone for the overall composition with its classic Colonial style; the only thing missing is the center entrance hall, which this farmhouse simply wasn’t grand enough to support. 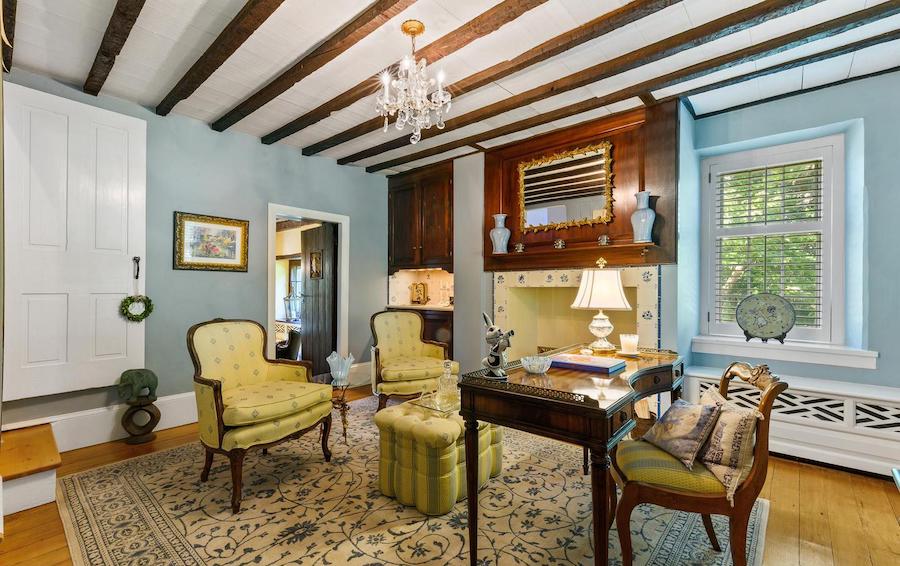 But no matter: it was cozy and comfortable then and remains so now, even with the addition of things like Delft tiles in the living-room fireplace and its wet bar. 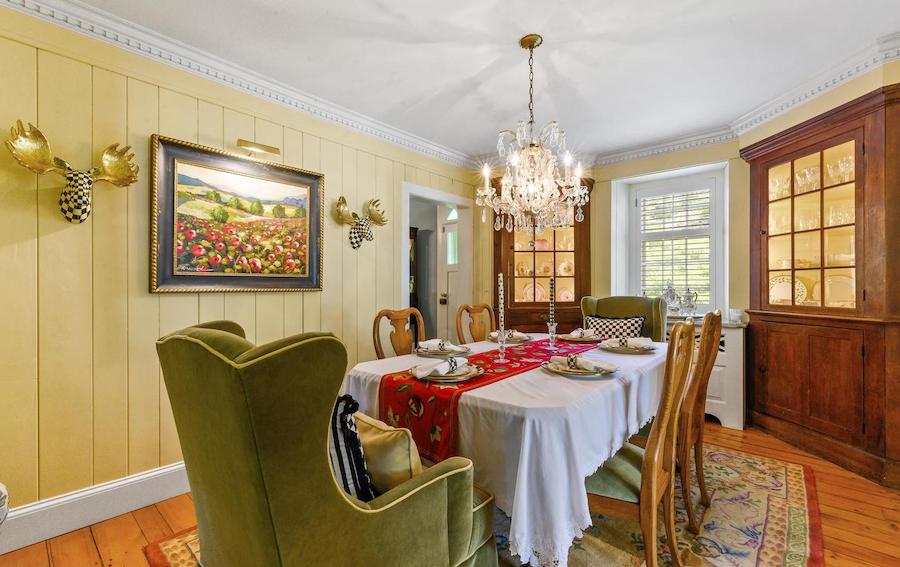 This house passed through the hands of a series of notable owners over the decades that followed. Those include Edward Shippen, the onetime mayor of Philadelphia for whom Shippensburg is named and the grandfather-in-law of Benedict Arnold; Lt. Hezekiah Davis, who fought in the Pennsylvania regiment in the Revolutionary War, and Lt. Emanuel Longacre, who did the same in the Civil War.

Sometime around the turn of the century, the house passed into the hands of the man who wrote the second movement in the symphony, Jean Baptiste Beck. A gifted musician whose career as an organist ended at age 20 due to a hand injury, Beck became a scholar of ancient music and Romance languages instead, landing at the University of Pennsylvania.

Sometime around 1910, Beck built the stone addition that sits directly behind the original house. It consists of two grand spaces. 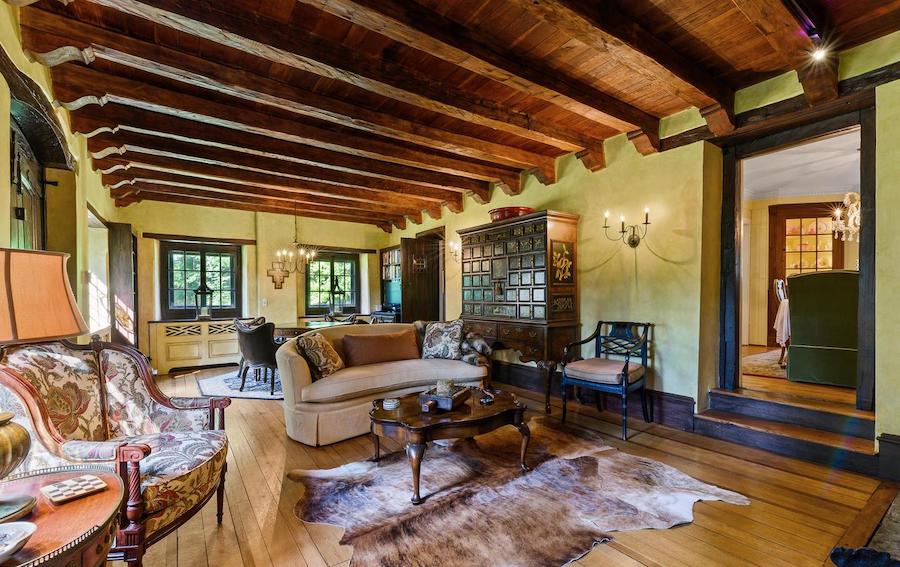 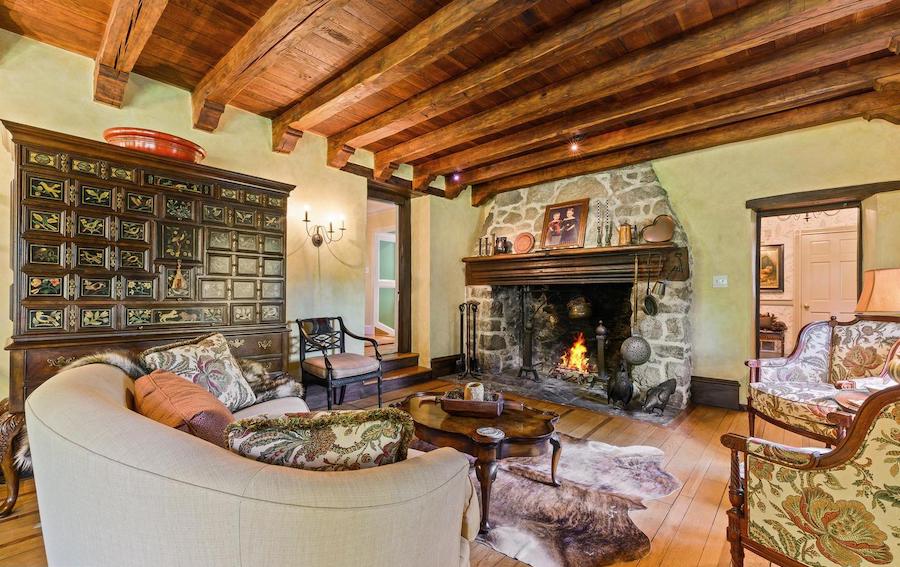 Downstairs, the great room was modeled on a medieval French farmhouse, complete with a large hearth fireplace. Said fireplace even has the hardware that would allow a modern homesteader to prepare meals the way they did in ancient times, when such fireplaces served as the kitchen. 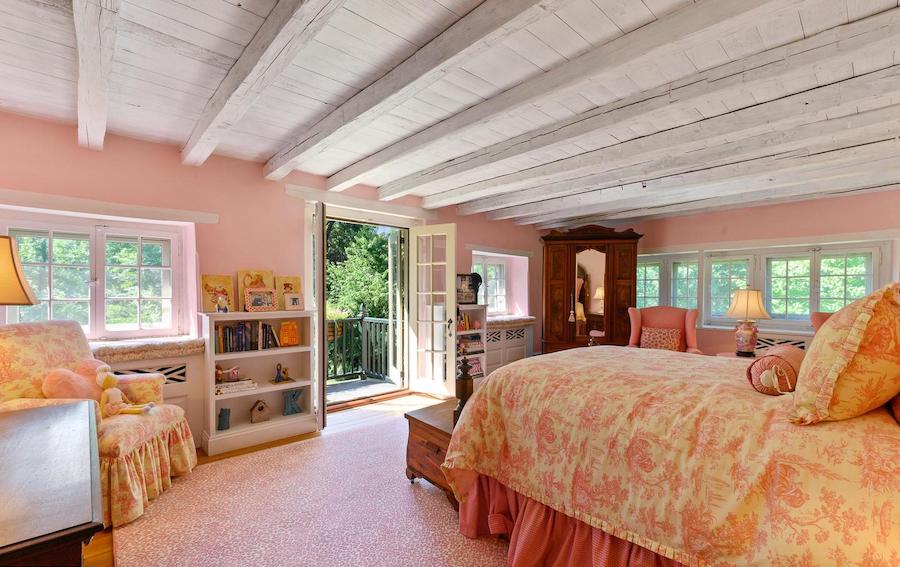 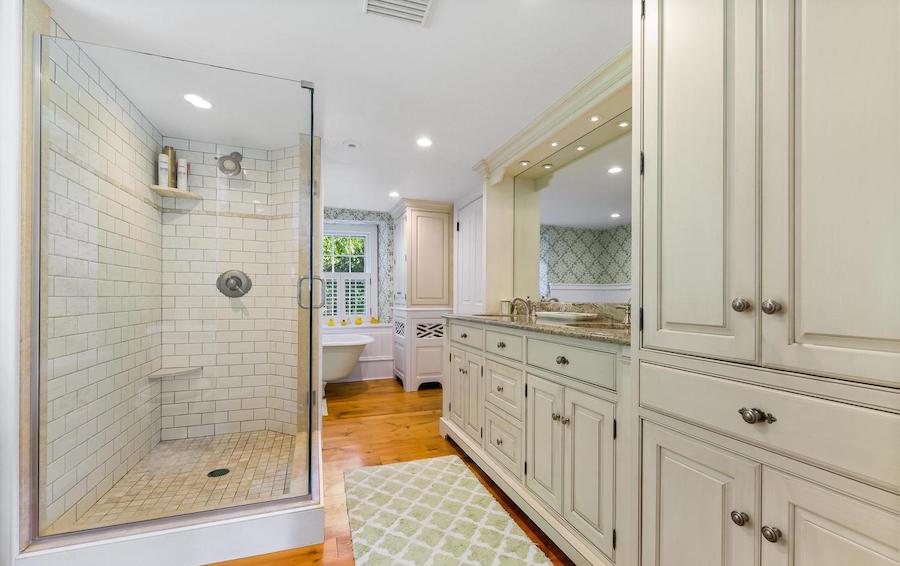 Upstairs, the original primary bedroom echoes the rough-hewn style of the original house yet also has a European touch of its own in the form of a Juliet balcony overlooking the 3.71 wooded acres that give the house its name, “Le Petit Bois.”

Current owners Al and Lisa McGowan wrote the third movement in the mid-1990s with the help of Peter Zimmerman Architects. Switching from stone to wood for exterior cladding, they produced a modern take on Colonial style that contains the modern conveniences now in demand. 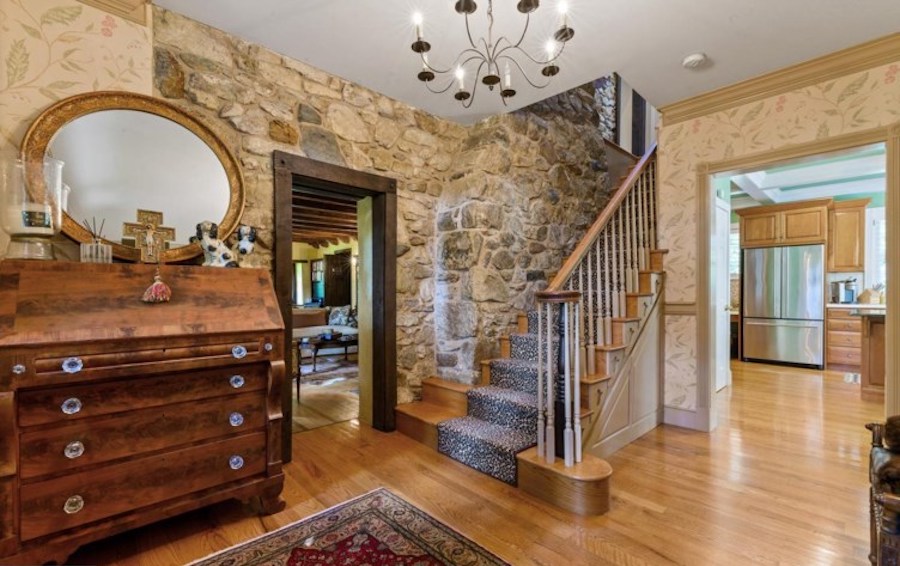 Its foyer, which reoriented the house away from Mine Road, leaves exposed the stone wall of the original house and Beck’s 1910 addition. 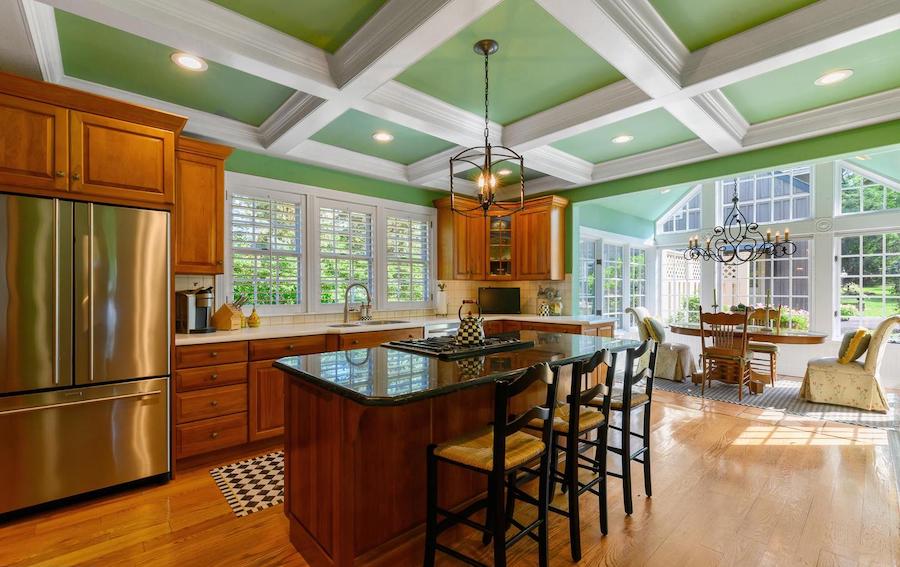 Its kitchen has up-to-date appliances, traditional cabinetry, a coffered ceiling and a breakfast room in its attached atrium. 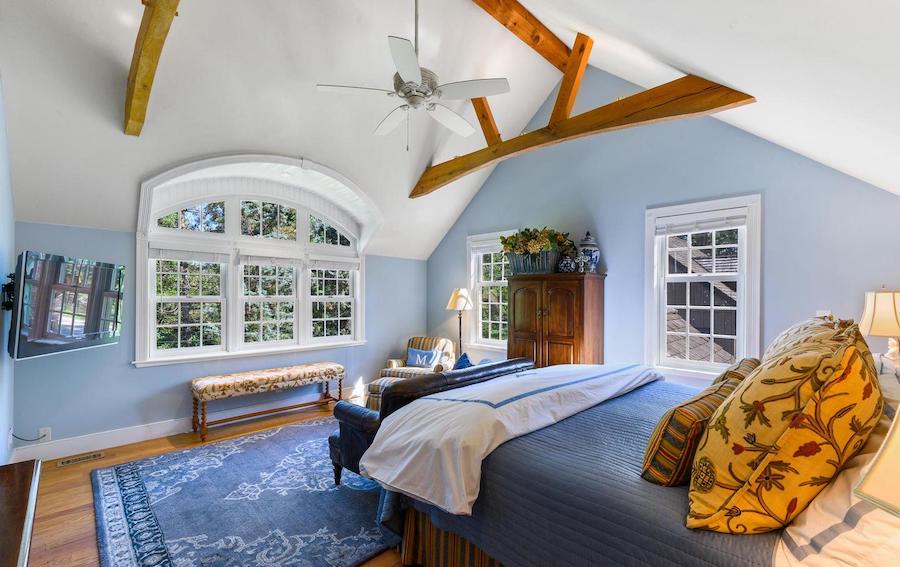 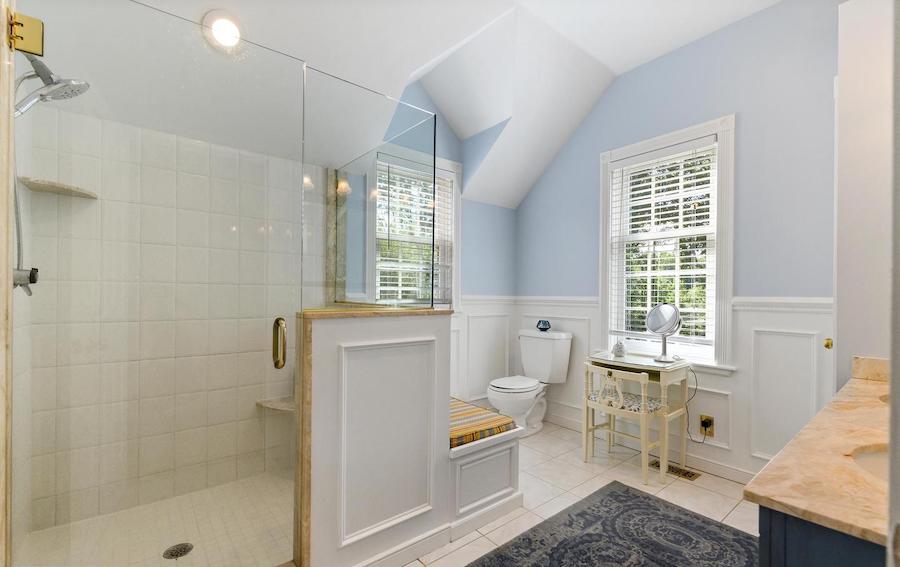 Its upper floor contains the primary bedroom, which has its own cathedral ceiling supported by beams fashioned from reclaimed wood. 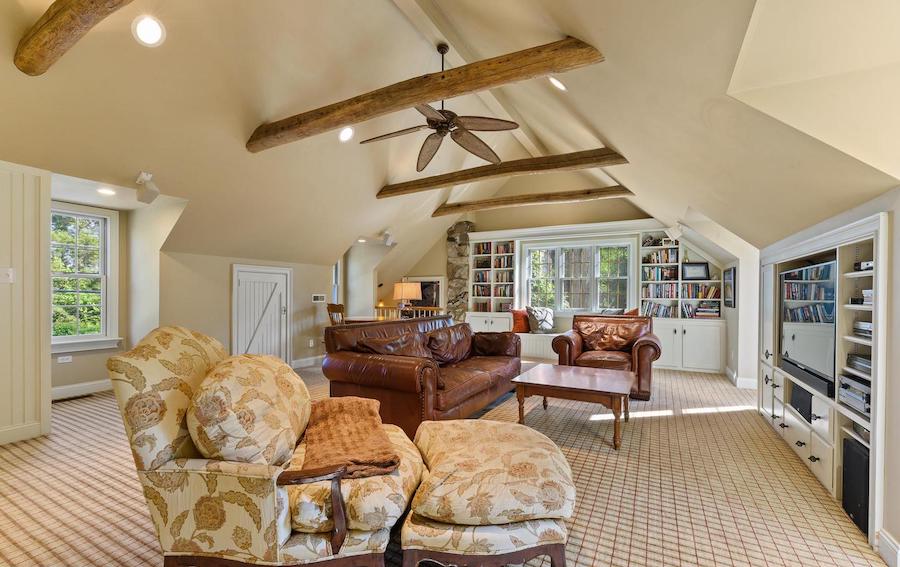 The McGowans also remodeled the house’s detached garage and turned a former barn into a guest house. The garage includes a family room that also comes with space suitable for a home office, one of several such spaces in this house (including its original living room). 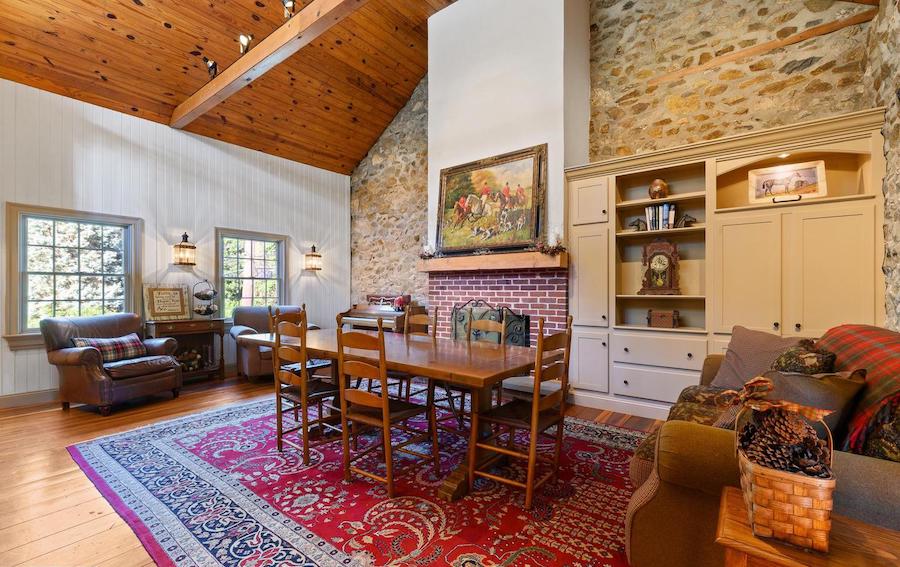 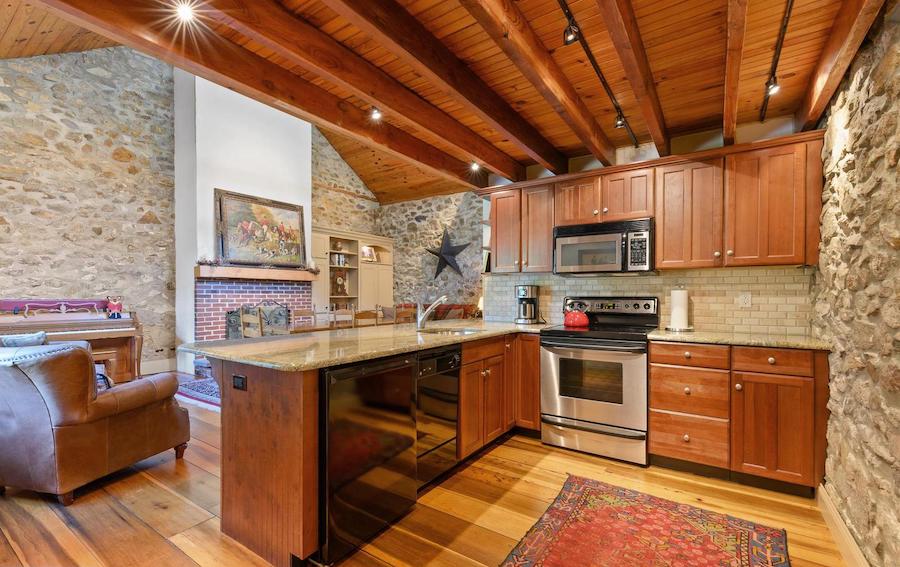 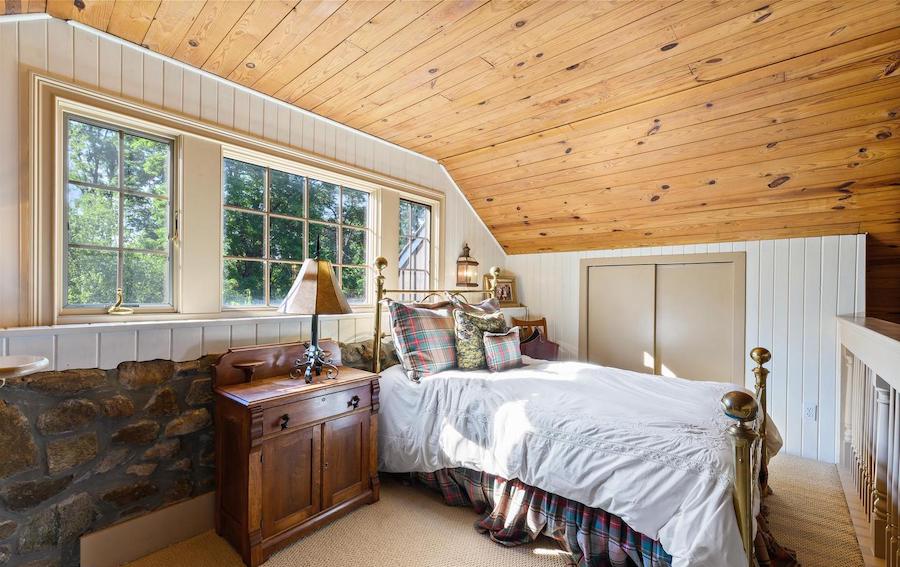 The guest house contains everything your visiting friends and family need to make themselves at home, including a full kitchen, a soaring great room and a sleeping loft. 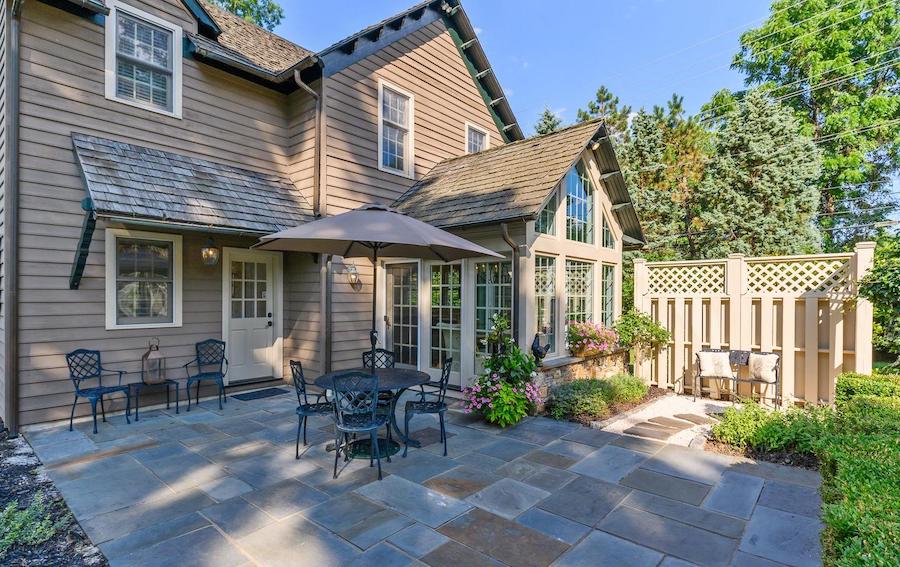 And between its fieldstone patio and its pool, pool house and greenhouse, this Malvern expanded Colonial farmhouse for sale has everything you need for outdoor entertaining and enjoyment as well.

Does all this sound like music to your ears? If so, then you know what your next movement should be.