Want to own one of those adorable Cape May Victorian houses? You can get this one without having to pay Cape May prices for it because it’s not in Cape May. 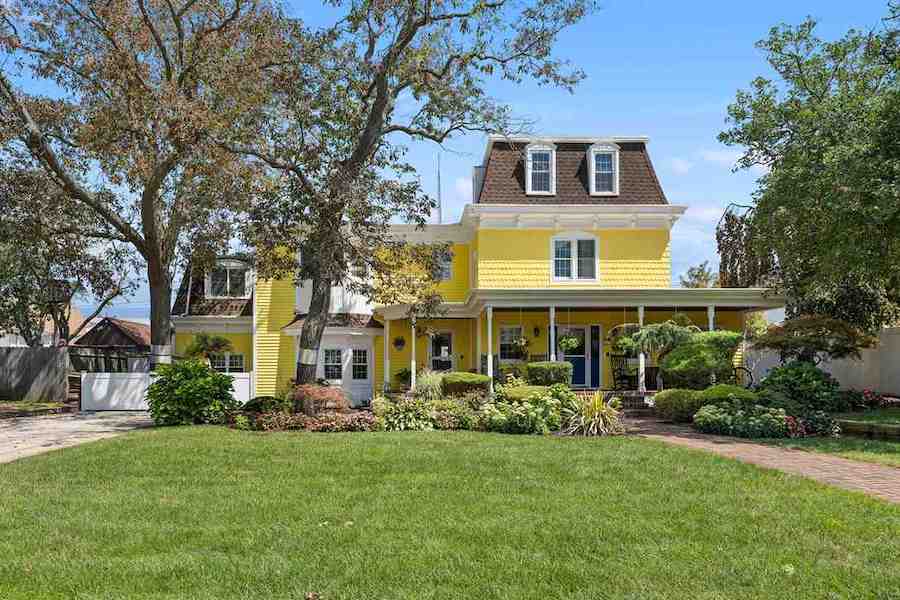 This mansarded beauty would look right at home in Cape May, but it’s a few miles up the coast instead: it’s at 143 W. Leaming Ave., Wildwood, N.J. 08260 | Cape May County MLS images via Atlantis Realty

Call it “Populuxe,” call it “doo-wop,” call it “googie,” call it what you want — the many-faceted, exuberant, futuristic mid-century modern architectural style closely associated with California’s go-go years reached its apotheosis on the Cape May County barrier island that contains the Wildwoods — Wildwood, North Wildwood, Wildwood Crest and West Wildwood. Some 300 motels built mostly in the 1950s and 1960s in Wildwood and Wildwood Crest turned the island into a midcentury modern paradise. Many of those have been torn down and replaced with condos, which sparked a preservation fight. The fifty or so motels that survive make up one of the Jersey Shore’s most popular historic districts.

This house looks like it belongs in the other one at this end of the Shore, just down the road in Cape May, but it’s not there. Behold a genuine Wildwood Victorian house for sale.

How’d it get here? According to the listing, this house dates to Wildwood’s beginnings as a beach resort. When the Titus family of Pennsylvania built it in 1890, its lot was still part of Middle Township; Wildwood Borough would come into existence five years later. Sometime around that time, a Gothic turreted tower got tacked onto the back of the Second Empire main house. Later additions and alterations that include a bay window added to it a Colonial touch.

Back in 1890, the house was called “The Woodlawn.” Now, you have a chance to call it your own.

Wildwood may be a summer resort, but this Victorian house for sale is designed for year-round living, with plenty of space for relaxation inside and out. 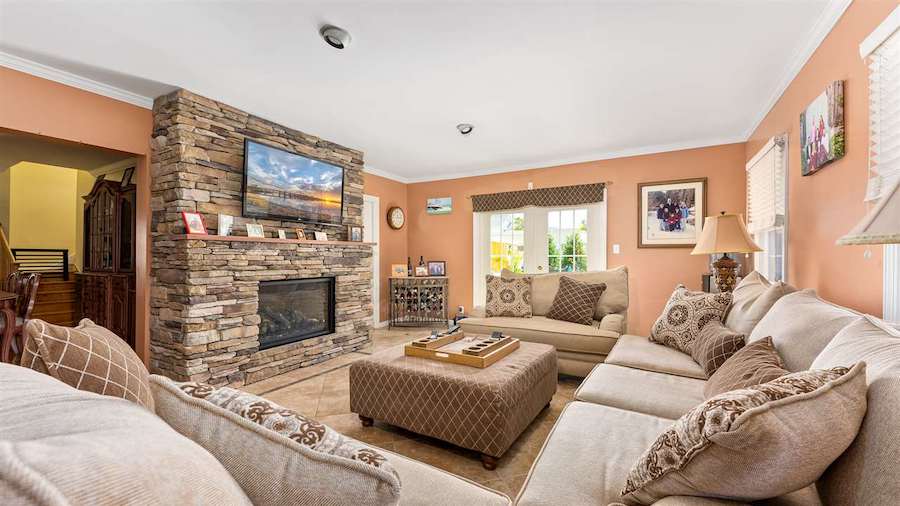 On the inside, both the living room and the sunken den have fireplaces. The living-room one burns gas while the one in the den has a wood-burning insert. 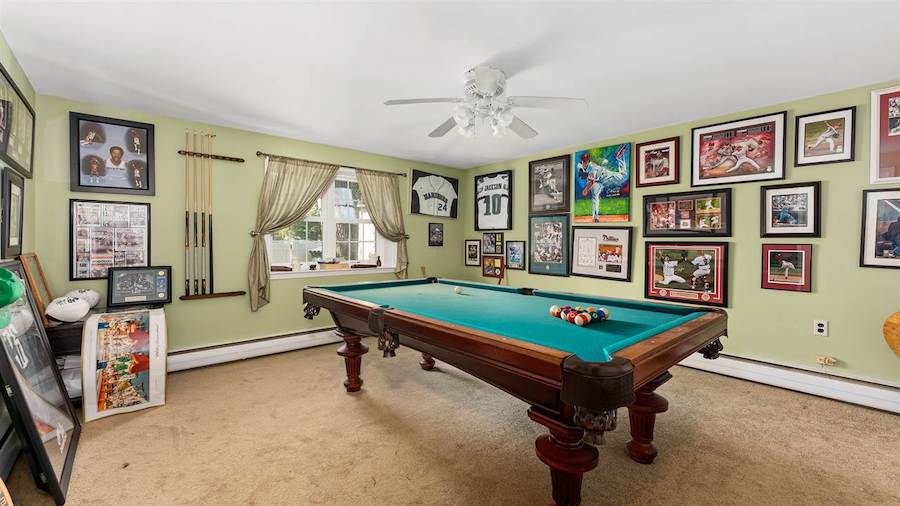 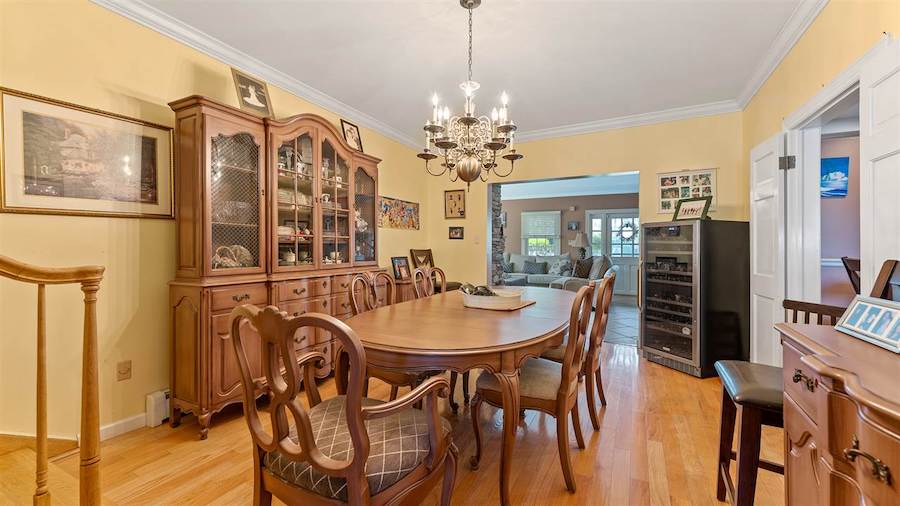 Behind the living room lies a billiard room and a formal dining room. 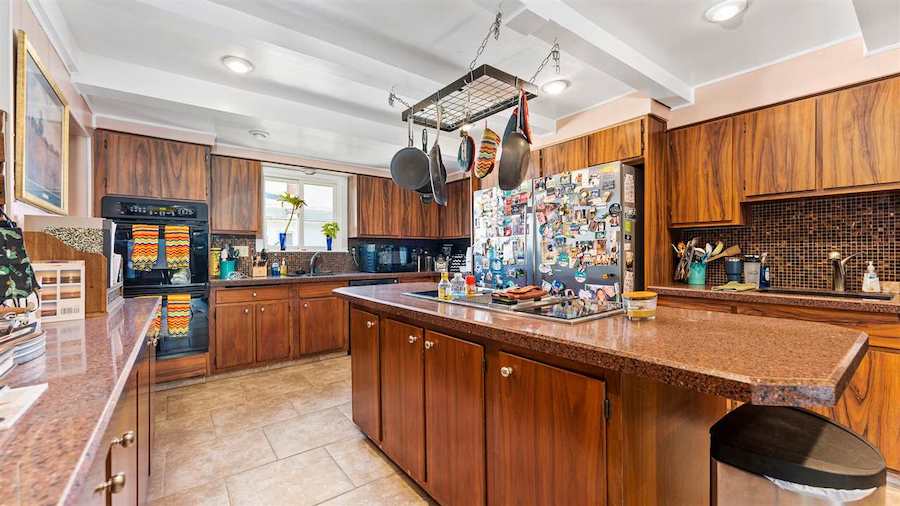 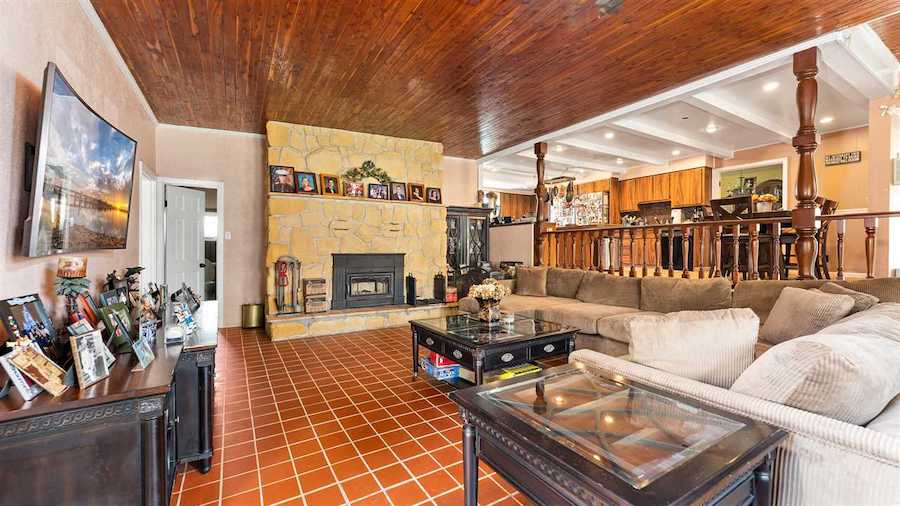 And off the dining room lies both an up-to-date eat-in kitchen and that den. You’ll find two of this house’s six bedrooms  and two of its four full bathrooms on the main floor as well. One of the bedrooms has an en-suite bathroom. 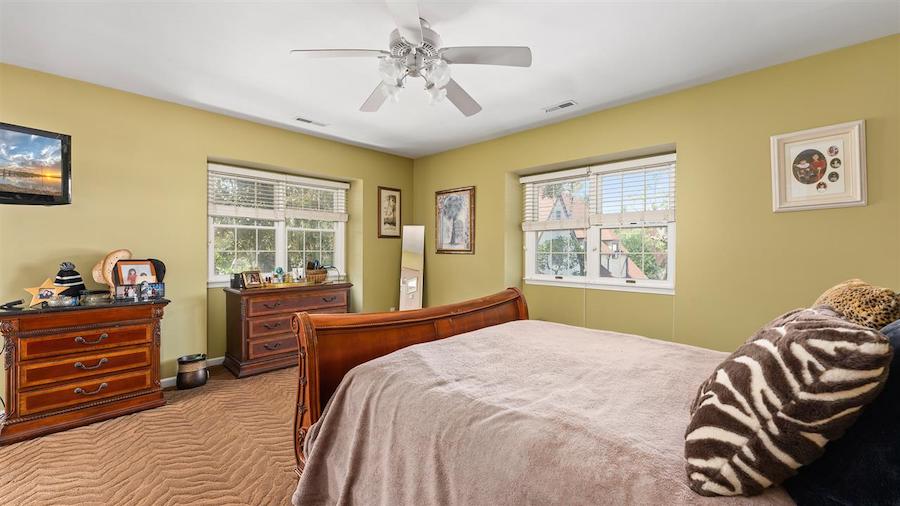 Three more are on the second floor, including the primary bedroom. A gas fireplace helps keep it warm on chilly nights. 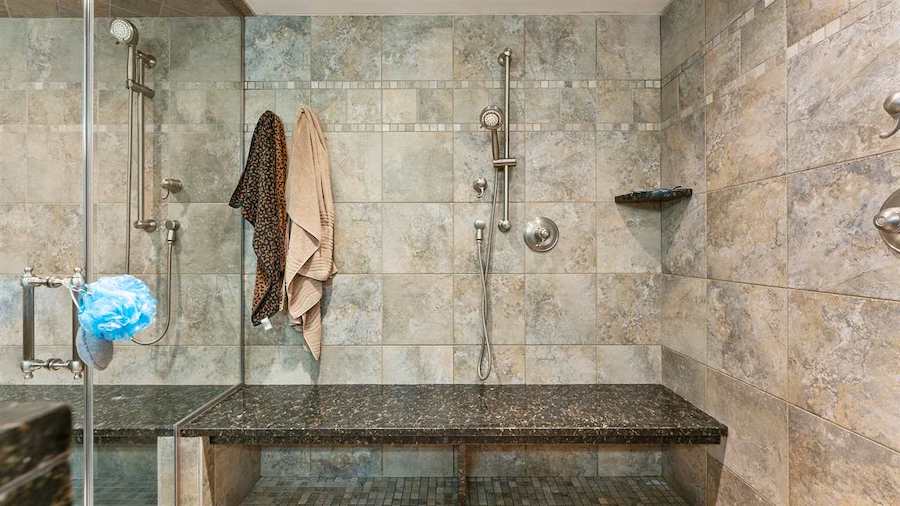 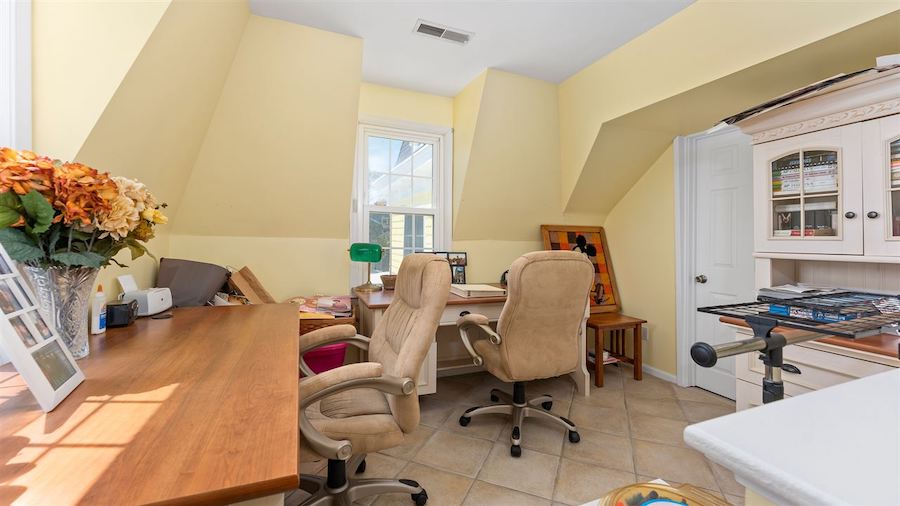 The turret contains a home office, and the mansard-roofed third floor contains the sixth bedroom. 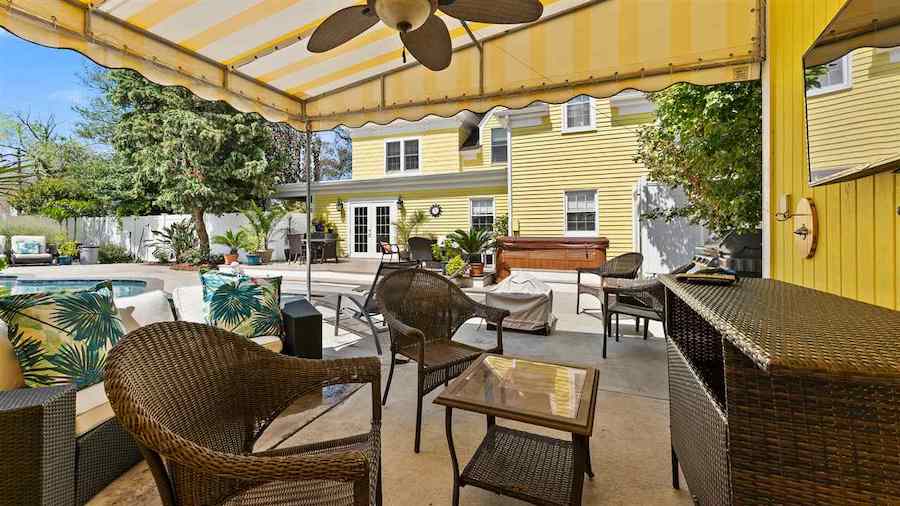 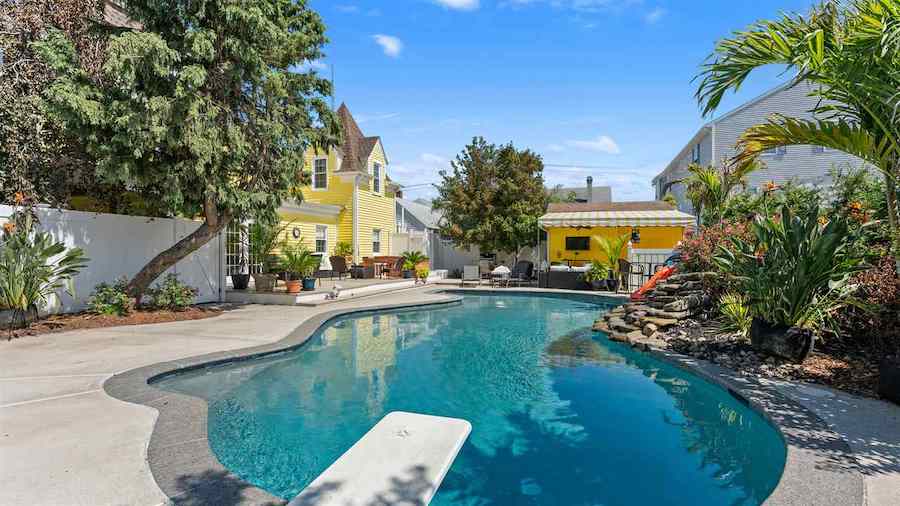 Behind it all is a beautiful at-home resort that includes a hot tub, a patio, a fire pit, a cabana and a pool.

And you’ll find this Cape May gem right in the heart of the Wildwoods: it’s two blocks from the intersection of New Jersey Avenue, the Wildwoods’ main drag and the street where you’ll find most of those motels, and Rio Grande Avenue, which is Route 47, the main road off the island.

Route 47 crosses the marshes as Wildwood Boulevard, then becomes Delsea Drive beyond Exit 4 of the Garden State Parkway. After a while, Delsea Drive feeds directly into Route 55, the freeway connecting Vineland, Millville and Bridgeton with Philadelphia. Don’t mind paying tolls? You can get here in a hurry. Want to avoid them? You also have a direct route that passes through the piney woods but takes longer.

(Want the New Jersey Department of Transportation to complete the part of Route 55 it never got around to building? Get in line.)

Cape May charm for less than it would cost you to get it in Cape May. Doesn’t that sound like a winner?

OTHER STUFF: The listing agent is a native — he grew up in Wildwood Crest, whose city limit lies three blocks to this house’s south. And you don’t need beach tags to enjoy the beach in either Wildwood or Wildwood Crest.

Updated Sept. 2, 6:12 a.m, to include the sale price and correct a typo (“four full bathrooms” instead of “four full bedrooms”).