On the Market at the Shore: Vintage Cottage in Stone Harbor

Perfect for one family or as an Airbnb, this Depression-era cottage has everything you need in a Shore house, plus one extra-special feature: a six-figure price tag. In Stone Harbor, no less. 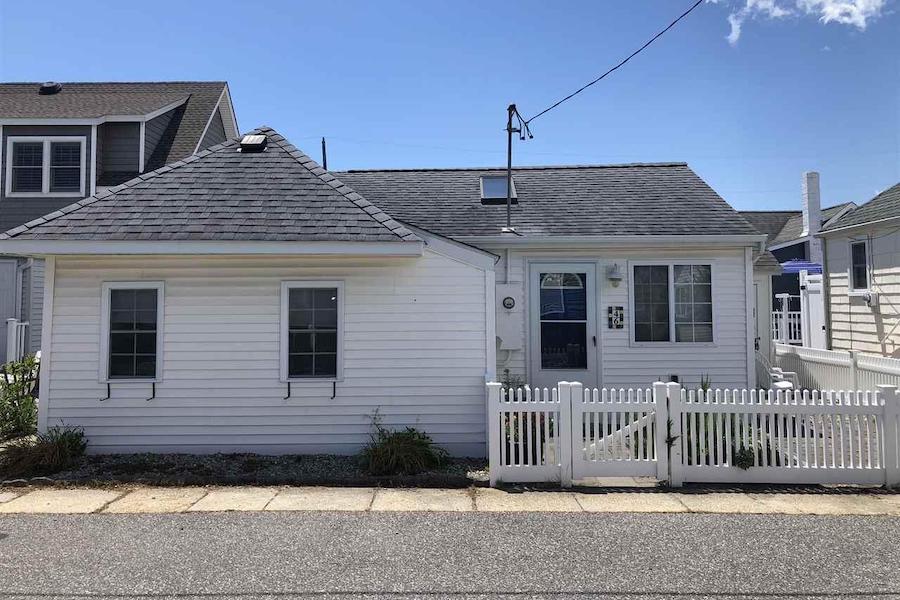 Remember, good things come in small packages. In this case, you’re getting a comfortable cottage in one of the Jersey Shore’s most desirable communities for a song. That should make 46 Stone Court, Stone Harbor, N.J. 08247, even more attractive. | Images via ERA Statewide Realty

As anyone who’s perused Jersey Shore real estate listings should know, affordable Shore houses are scarce as hen’s teeth. And most of them are located either well away from the water, in less-attractive Shore communities, or off the barrier islands completely.

Affordable Shore houses on Seven Mile Island, where little 1950s cottages can fetch upwards of $8 million, are even scarcer still.

Feast your eyes on the modest cottage above, then, for it’s a hen’s tooth.

It’s located a block and a half from the $7.95 million oceanside cottage we featured in this section in January of 2019.

Its sale price, however, is even further away.

Built in 1935, this Stone Harbor cottage house for sale is a little older than that one, and as you can see from the photos, it’s plainer as well. 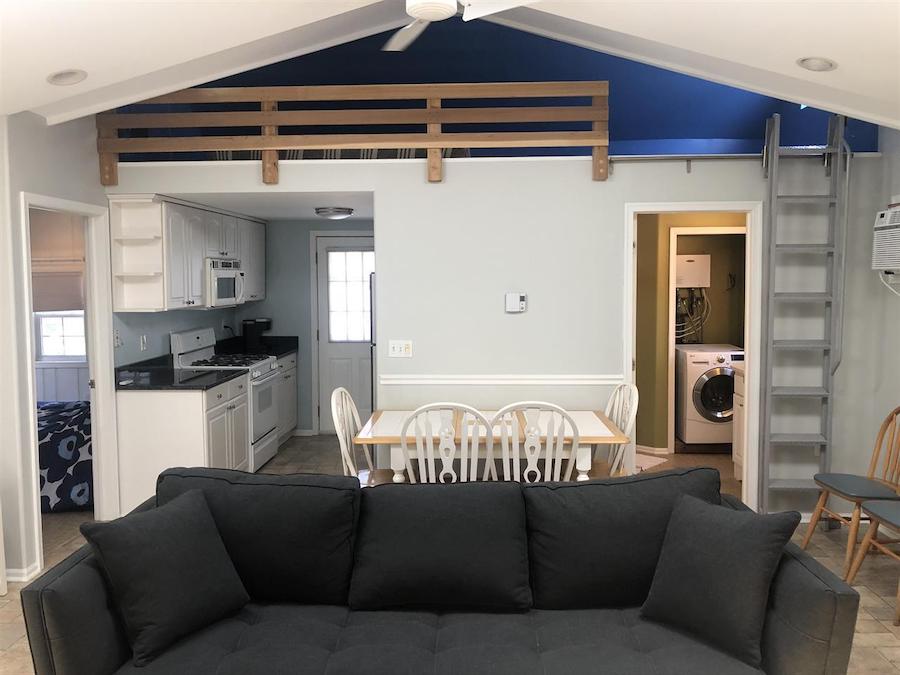 But it’s been very well maintained over the years, and it actually can accommodate a family of four to six. 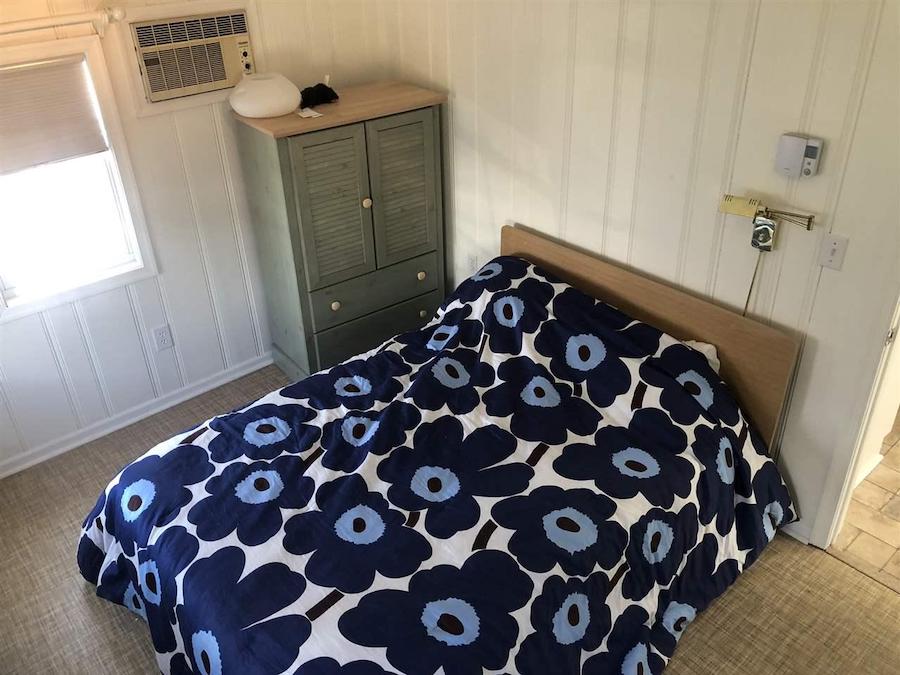 How, when it has only one bedroom? 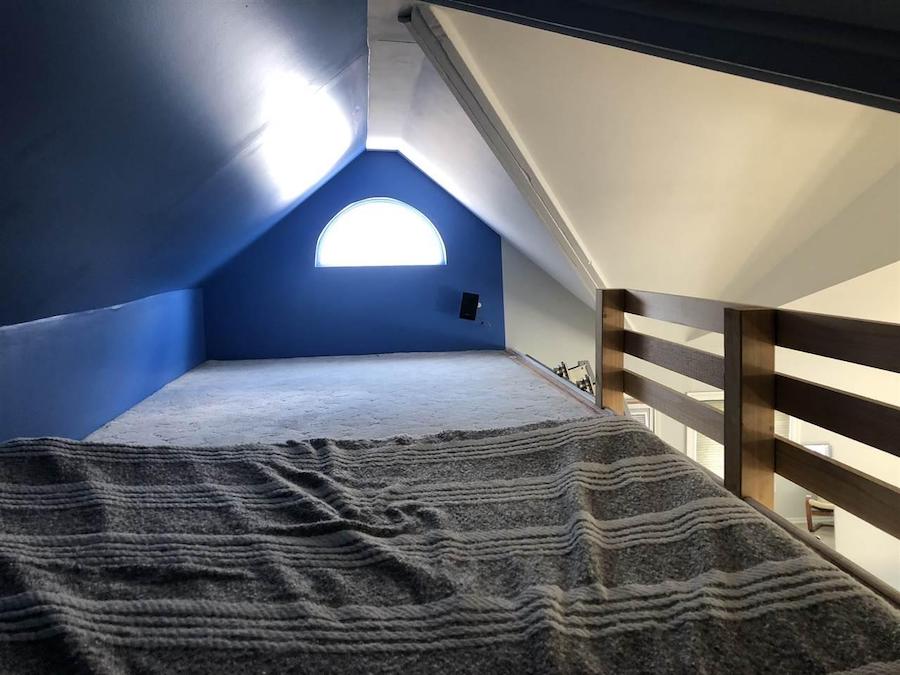 For starters, it has a sleeping loft above the kitchen, laundry room and bath. The loft even has its own closet space and a fan window to let light in. 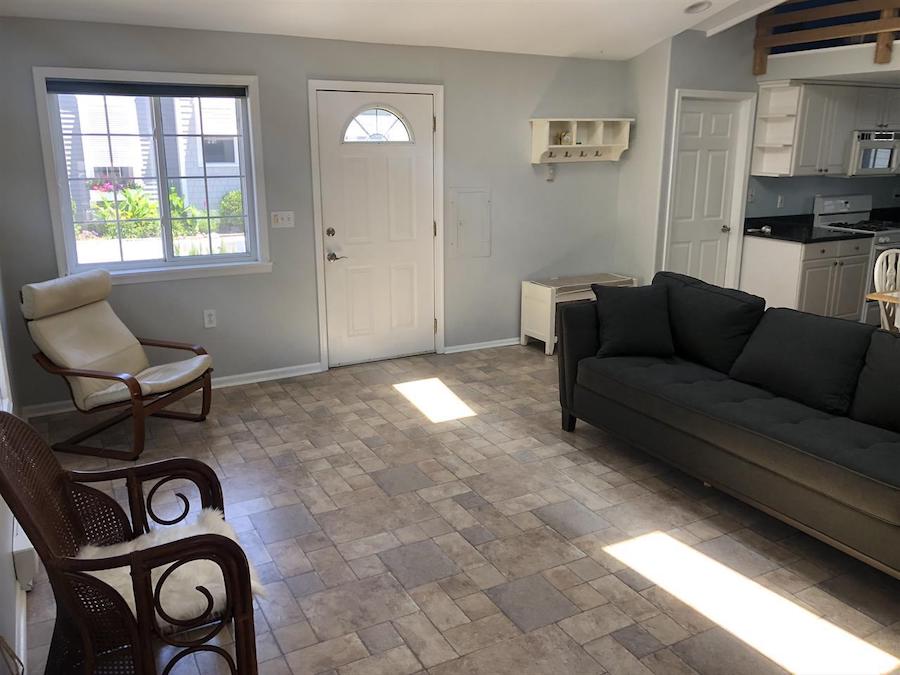 The living room also contains a sofabed that sleeps two. 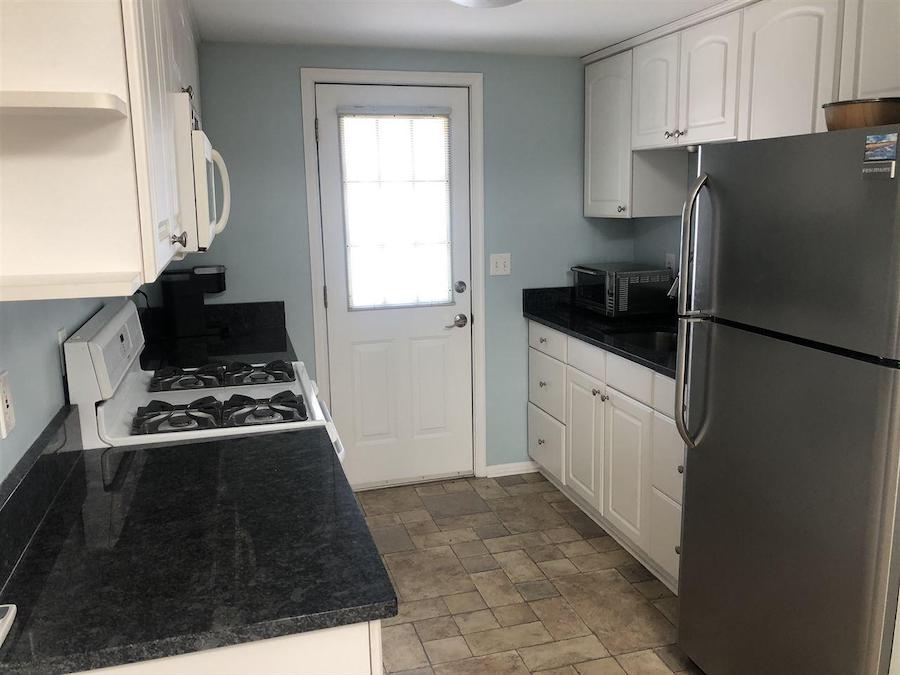 And as you can see, it has up-to-date appliances in its kitchen. 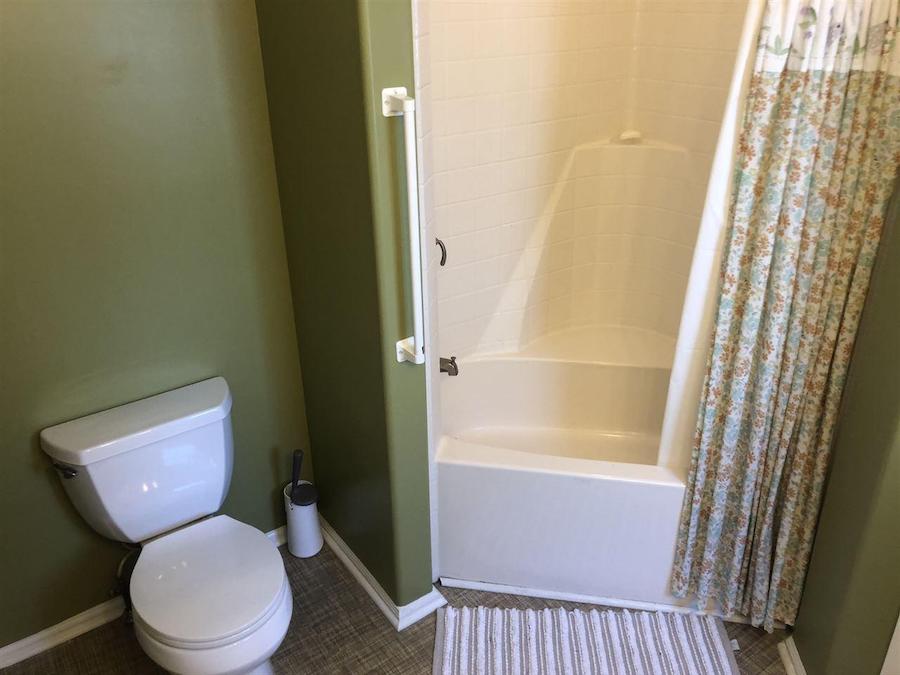 Its laundry has a compact washer-dryer, and its bathroom has also been modernized. 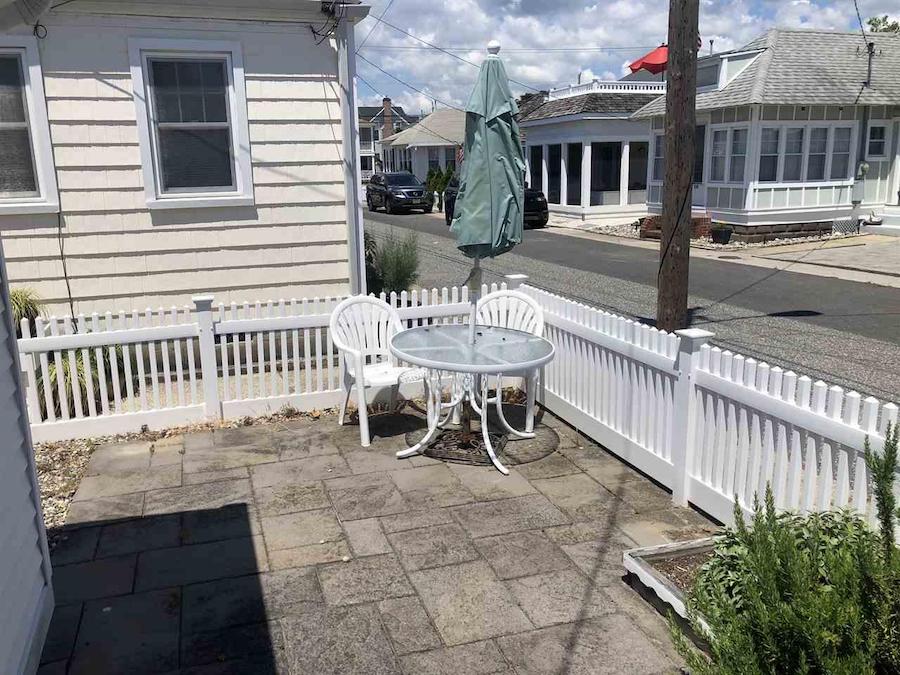 And it has a stone patio up front and a gravel yard on the side for outdoor enjoyment at home.

This house is closer to the bay than the ocean, but the closest ocean beach is the same one that sits next to that house at the end of 111th Street. It’s known as “Nun’s Beach” because of the convent that faces it. In fact, you’ll walk right past 2 111th Street on your way to the beach, if it’s still standing.

And the Stone Harbor Bird Sanctuary lies less than a half-block south of here.

So this house isn’t on the ocean. And while it’s kinda cute, maybe it could be a bit cuter. But are you really going to complain when you’re spending this little to live in Stone Harbor?

Especially when you consider that this Stone Harbor cottage house for sale could earn you a pretty penny from renters when you’re not using it.

SALE PRICE: $660,000. Yes, in per-square-foot terms, it’s still not cheap. But houses that sell for less than $1,000 per square foot in Stone Harbor are also rare birds. You might even call them endangered species.