Real Home Makeovers: How a Montco Family Got Their Dream Open-Concept Kitchen

They took down a wall to get a space that was good for entertaining and daily dining. 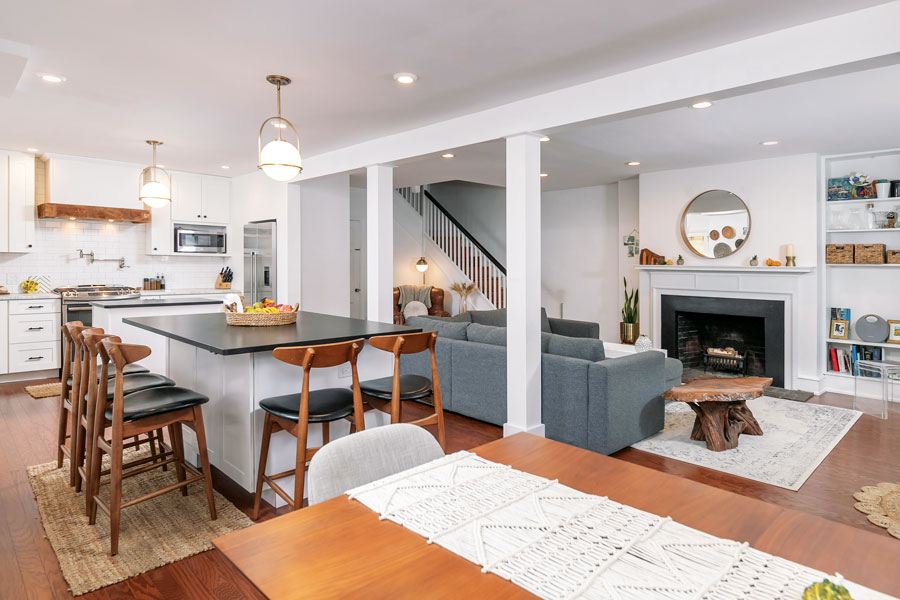 Take a look inside this renovated open-concept kitchen. Photograph by Ronnie Bruce

After Heather and ­Charlie Tranen purchased their ­Wyndmoor quad in 2018, plans for renovations began immediately. Given their love of entertaining, the homeowners wanted to open up their kitchen to the rest of the floor and create better flow throughout the space.

Their first step was hiring design-build firm Bellweather, which turned their vision into floor plans. Working with an engineer, the couple quickly realized that opening the space wouldn’t be as simple as tearing down a wall. To support the structure above, Bellweather installed three engineered-wood beams. These, in turn, were held up by two new columns. The structural work alone cost $10,000. “That ended up being a cost we didn’t want to have but had to have,” says Heather. “But it was definitely worth it.” 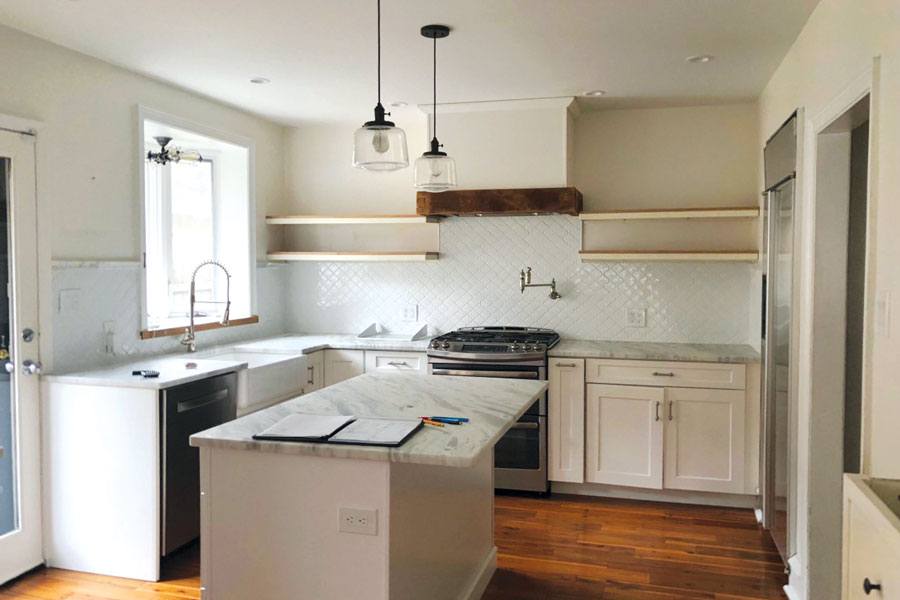 Before the kitchen renovation. Photograph by She Designs Philly 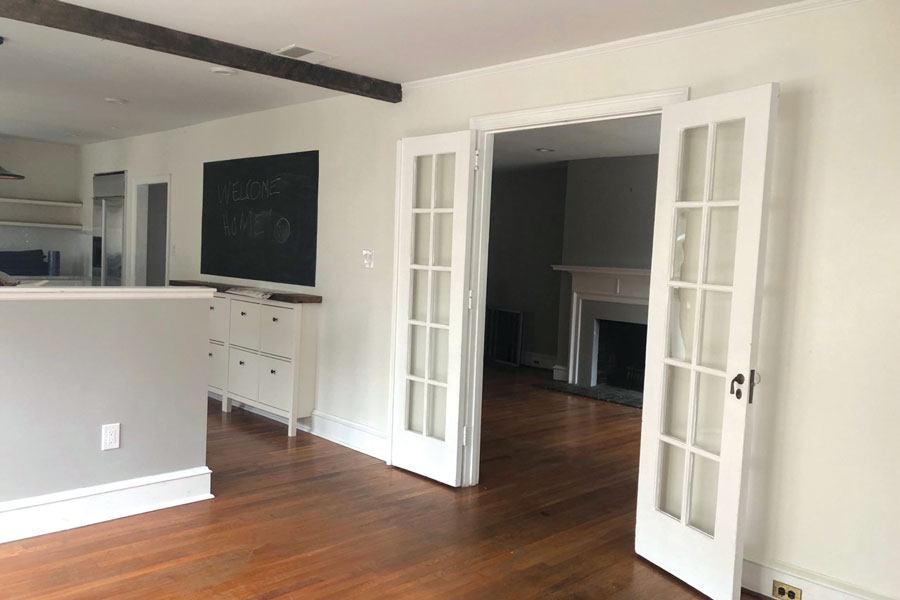 The wall pictured here was torn down and replaced by two new supporting columns. Photograph by She Designs Philly

To improve flow through the space, Bellweather modified the original kitchen island, which blocked the path to the door from the driveway, and replaced it with two islands: A smaller prep surface sits close to the stove and sink, while a secondary countertop was built to act as an eat-in bar. Losing the single giant island allows for better mingling during cocktail parties — and creates a place where the couple’s two young sons can snack while the adults are cooking.

“Our goal was to create a timeless, stylish, comfortable home for our children to grow up in and for us to comfortably entertain friends in,” says Heather. “Several months in, I can honestly say we’ve accomplished that.” 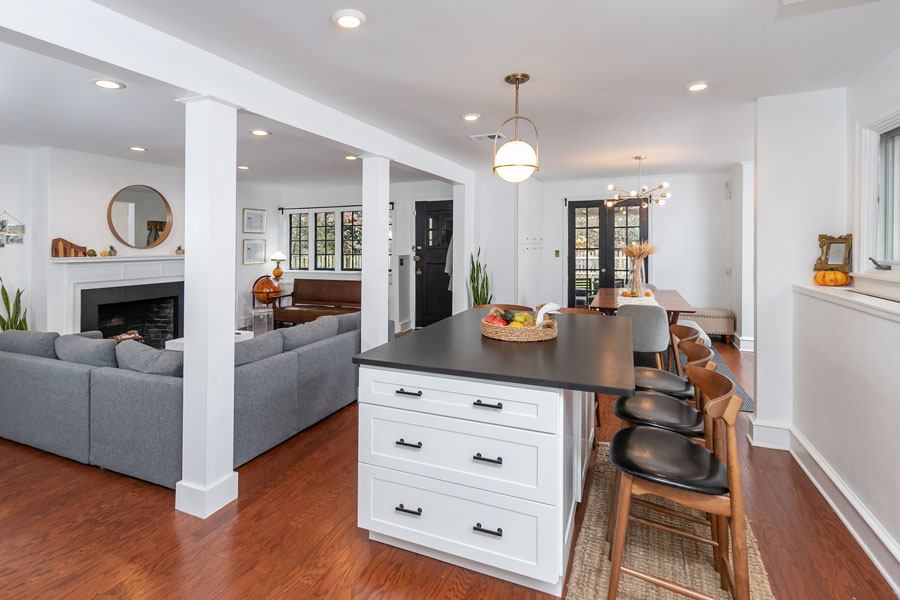 Two new columns were installed after the wall was removed. Photograph by Ronnie Bruce

1. Be open-minded. Literally.
“We would advise clients who are looking to renovate their homes and sell within five years to consider an open-concept floor plan,” says architectural designer Stephanie Hoffmeier. “What we try to get across is the fact that you’re putting in an investment up front for future home buyers — open concept is allowing future flexibility in the home.”

2. But be prepared to pay more to remove load-bearing walls.
Most interior walls in traditional Philly rowhomes won’t be load-bearing, says Hoffmeier — but the same can’t be said for your single-family house in the ’burbs. Not sure if a wall is holding up the house? Check the basement. “See if you have any beams running perpendicular to the floor joists or columns,” says Hoffmeier. “That usually means they’re supporting the load-bearing walls above.”

3. And pay attention to your storage needs.
Lack of storage is a big motivator for renovation. Make sure your redo will solve any cabinet-space issues by making a list of everything you own, Hoffmeier suggests, and assigning it all to a shelf or drawer in your plans.

Published as “Adding An Open-Concept Kitchen” in the “Home Makeovers: Philly Edition” article in the March 2020 issue of Philadelphia magazine.