This old house has been born again in a total reconstruction that has given it a modern heart and soul. 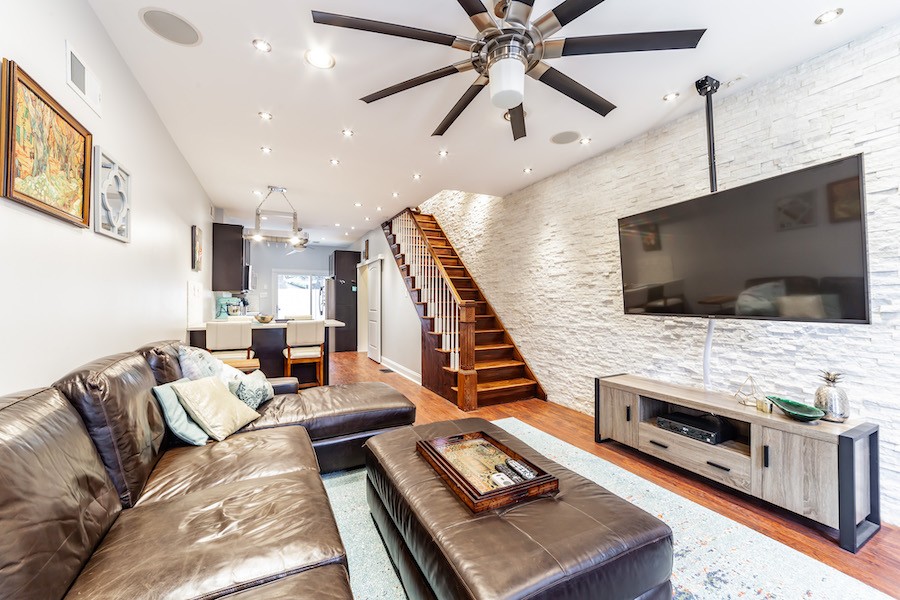 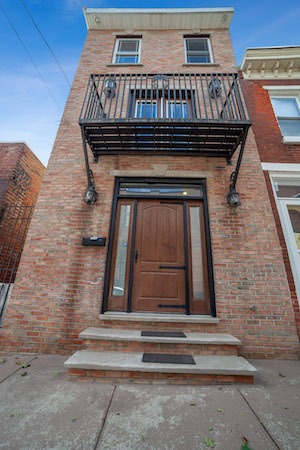 The year-of-construction field in the property data sheet for this handsome East Kensington house for sale reads 1875.

Save for one element inside, you couldn’t prove it by me.

That’s because a recent custom rebuild gave it a new traditional facade and a new that blends contemporary style with nods to its late-19th-century origins.

And in making it over in the contemporary idiom, the builder left that one big clue to its past intact.

That clue is the staircase leading from the main floor to the second. The original stair railing, risers and treads — which, frankly, look to me more like 1905 than 1875 — have been refurbished and refinished until they glow.

But where those stairs might abut an exposed brick wall or painted drywall in a typical rebuild, here they bump up against an attractive stacked-stone wall that serves as an accent wall for the entire main floor.

Which, of course, is totally open, as is expected for any modern house. 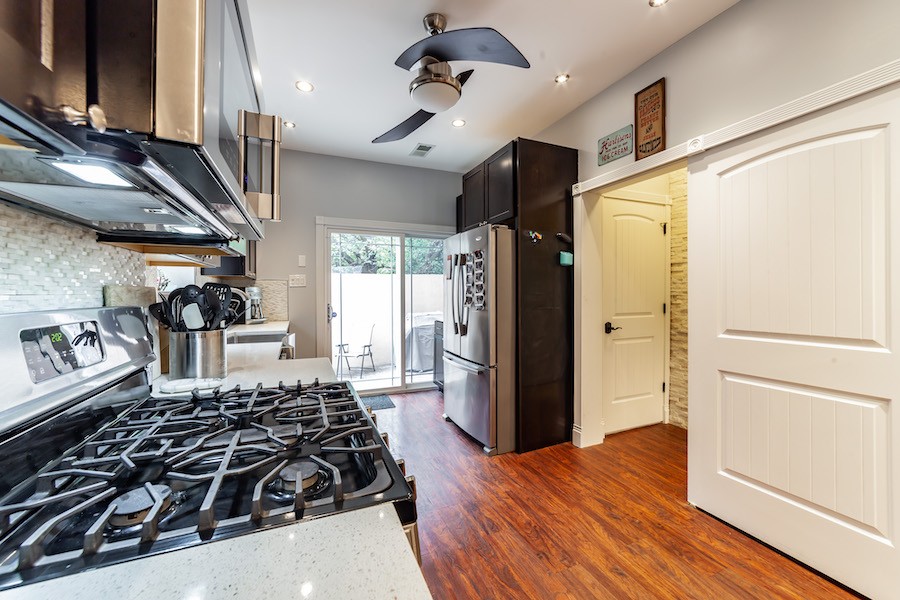 You’ll find that stacked-stone accent wall peeking out of an alcove off the modern kitchen too. That alcove contains the entrances to the half bath and basement stairs and is covered by a sliding barn door. 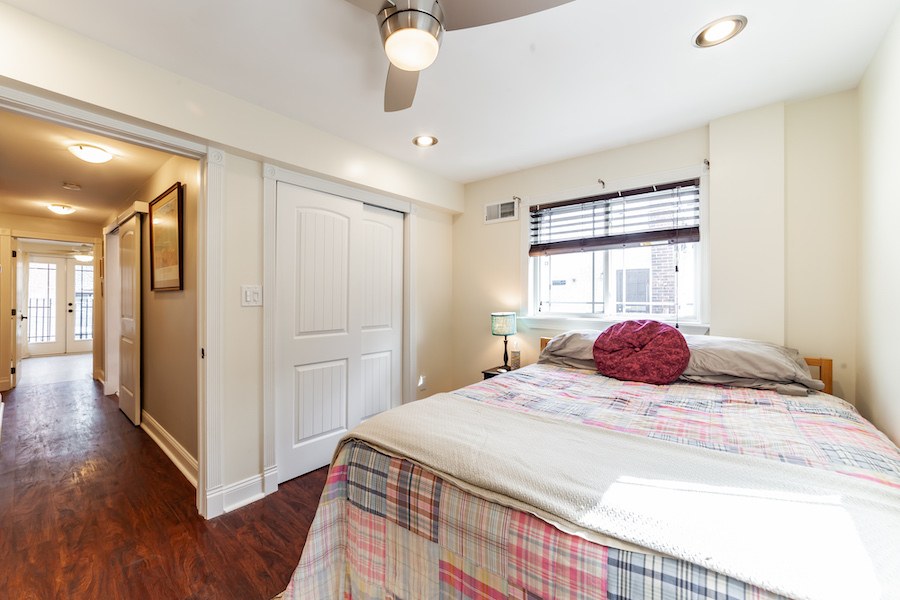 You may note that the doorframes for that door, like those on the doors and windows elsewhere in this house, follow the style common at the turn of the previous century. Yet they play nicely with the more modern elements, like the rest of the kitchen. A pot rack over the kitchen dining area doubles as the dining-table light. 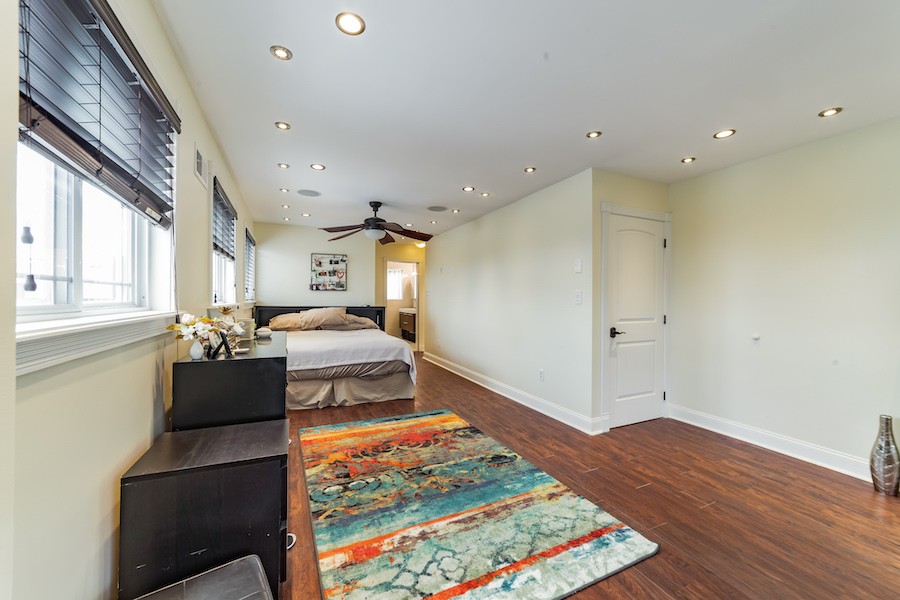 The three upstairs bedrooms all have plenty of space and ample closets. Especially the top-floor master suite, which gets plenty of light thanks to windows on two sides. 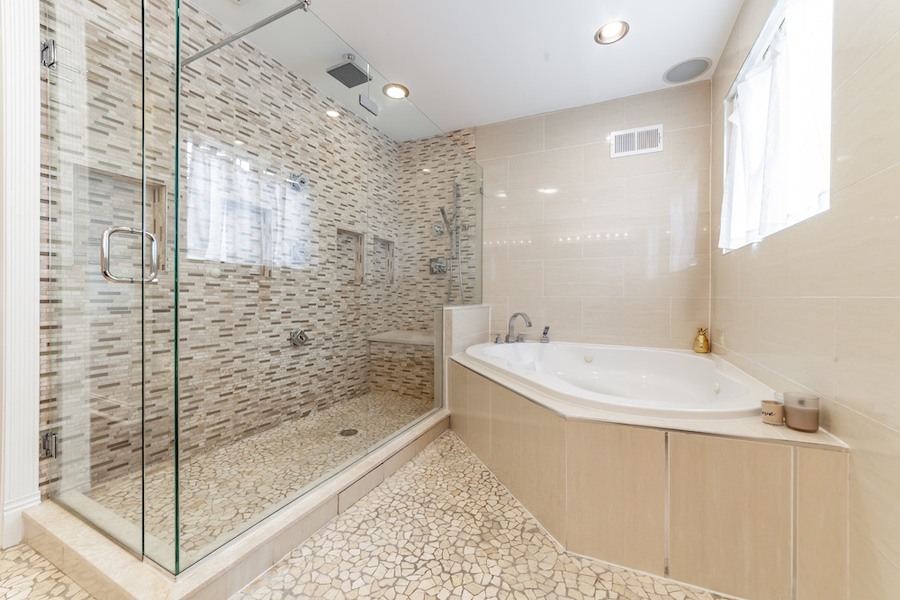 Its bathroom features a large walk-in shower with rain head and a Jacuzzi tub. 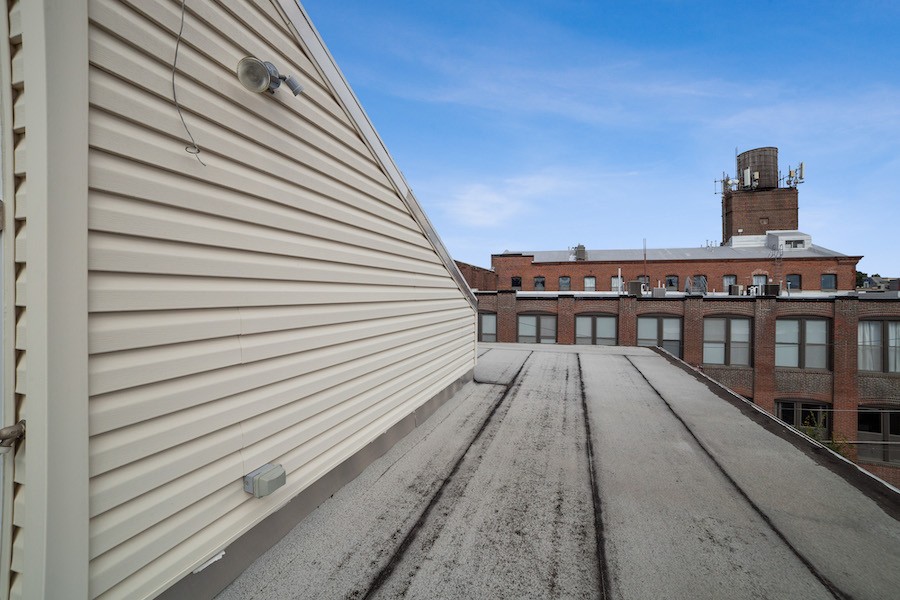 This house also comes with two outdoor spaces, one ready now, the other ready when you are. Stairs lead from the top floor to the roof, which has plans and permits in place for a roof deck. All you need to do is hire the builder, or build it yourself if you’re really adventurous. 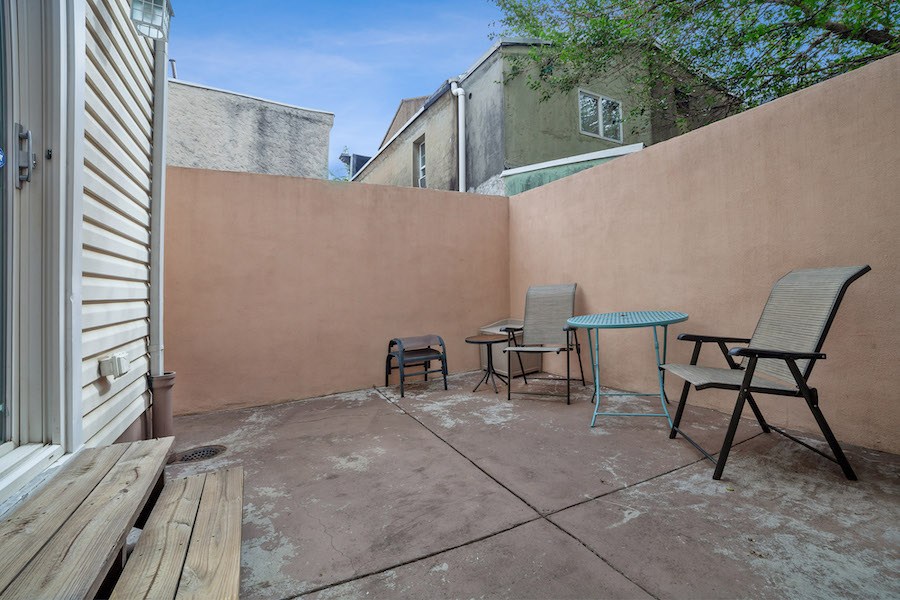 The patio in back is ready right now for your enjoyment, though I’d recommend replacing the concrete with something a little greener. The city might even pay you for your efforts.

Also ready for your enjoyment: a slew of great eateries and unique shops within walking distance of your home in Fishtown, plus more in East Kensington. And speaking of unique: in the spring, you can walk over to Trenton Avenue to catch the city’s most unusual road race at the annual Philadelphia Federal Credit Union Kensington Derby and Arts Festival (née Kensington Kinetic Sculpture Derby and Trenton Avenue Arts Festival).