This handsome Greek Revival mansion, built in 1838 for prominent West Chesterite Philip Sharples, stands renewed and ready for your occupancy. 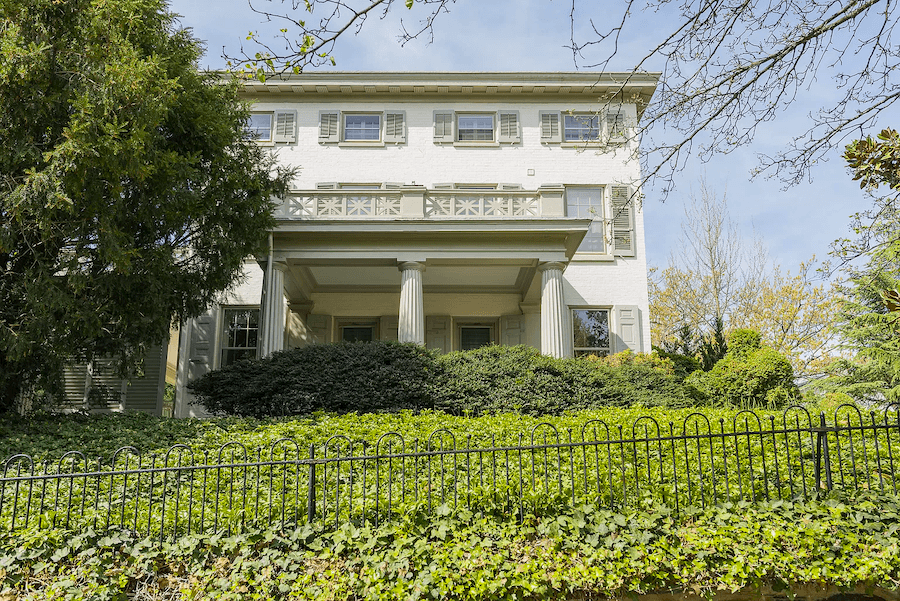 Today’s featured house for sale is a true historic landmark for living.

The man who made it his home, early industrialist Philip Sharples, made the bricks for its walls at his West Chester brickyard. His even better-known descendant, oilman and Lehigh Valley Railroad director Philip T. Sharples, was born here in 1889. 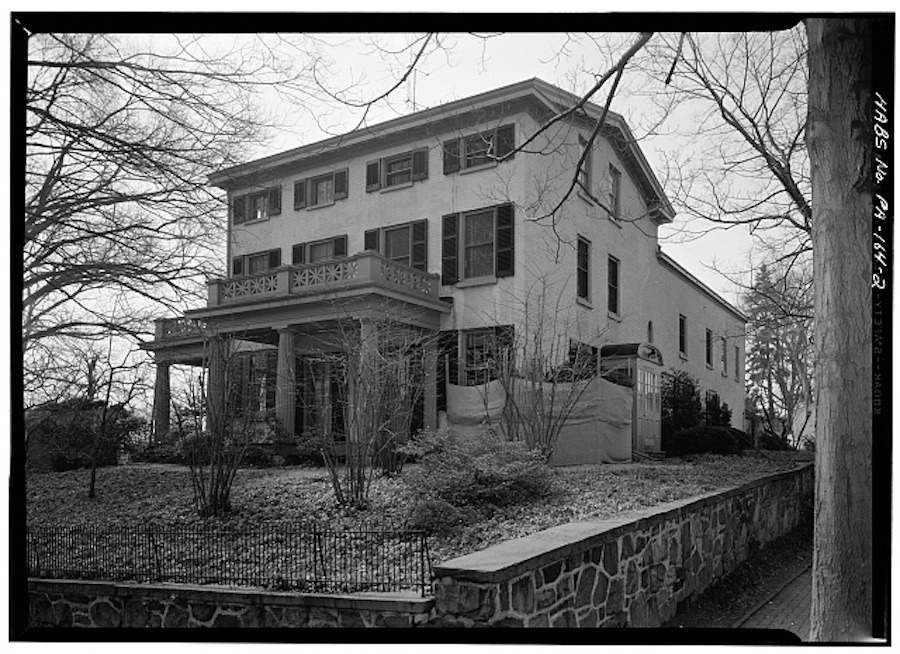 After these two, the best-known of this house’s former residents is actor Claude Rains, the original “Invisible Man.” Rains bought this house in 1958 and lived there until 1963.

Its current owner, Francis Iacobucci Properties, made it the showpiece centerpiece of a development of new townhouses built next to it this year on its large South Church Street lot. Even with these new neighbors, this dignified house remains a gracious oasis on a substantial lot.

As part of the development, this house received a complete makeover that preserved its original historic charm and architectural detail, from the hardwood floors to the fireplace mantles to the beamed ceiling in the kitchen. 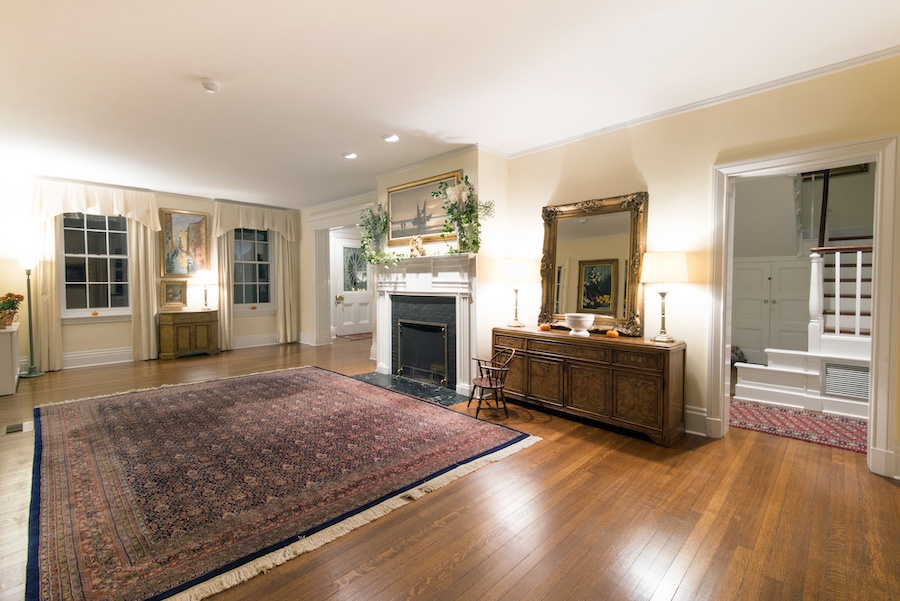 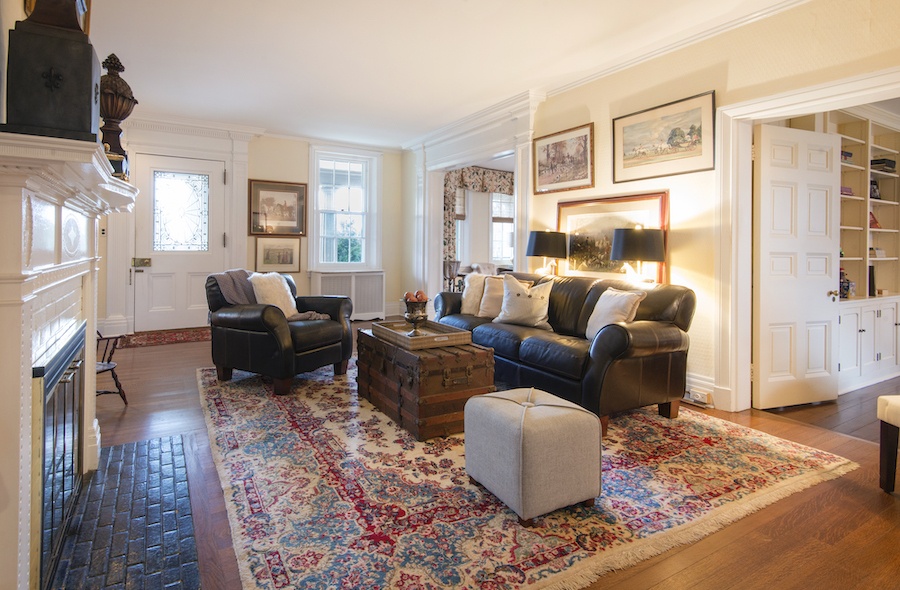 The first floor has an unusual layout consisting of a formal living room spanning the Church Street side of the floor, a family room and the main staircase behind it, and a formal dining room and library behind those. 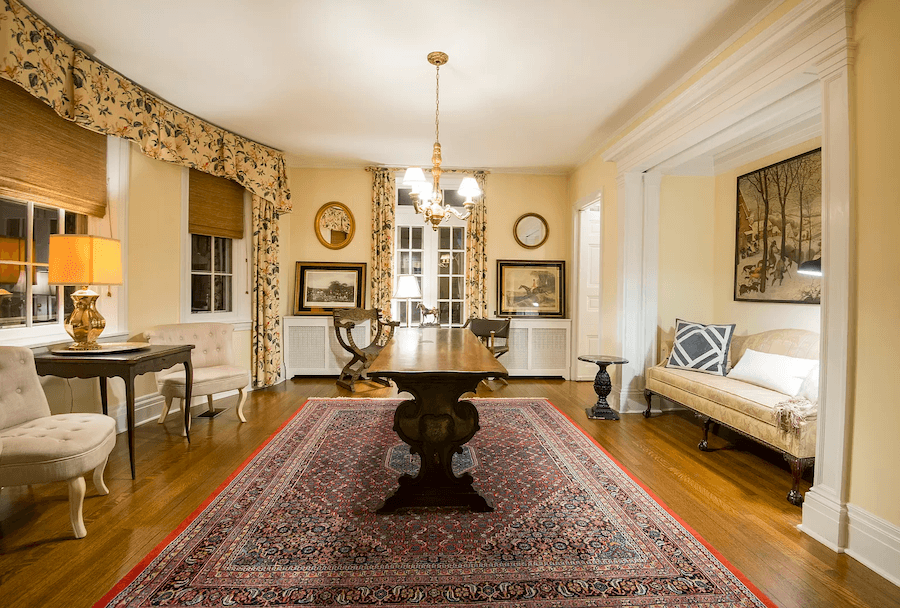 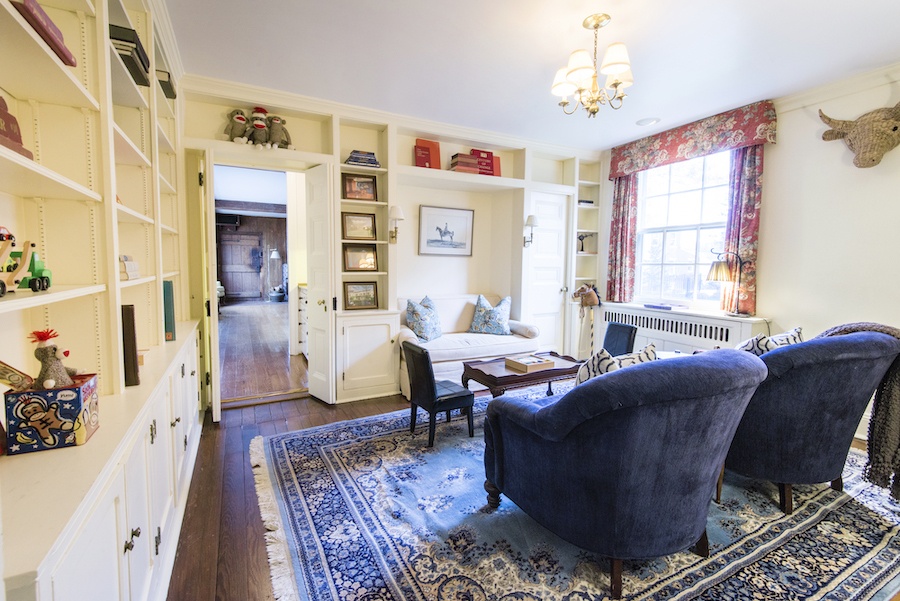 The dining room and library both connect via a butler’s pantry to the spacious kitchen and breakfast/family room. 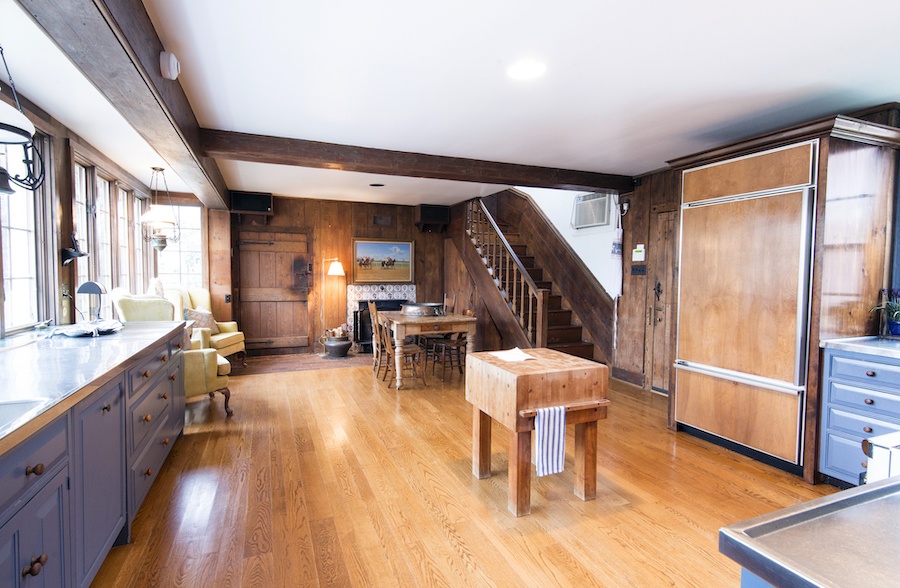 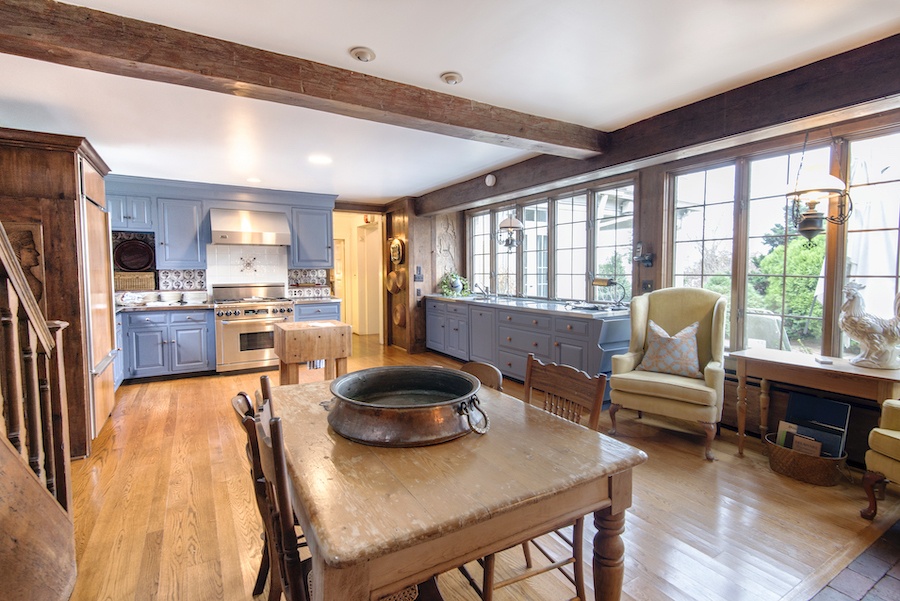 The kitchen itself is equipped with top-drawer appliances, including a commercial-grade range with a Viking vent hood. 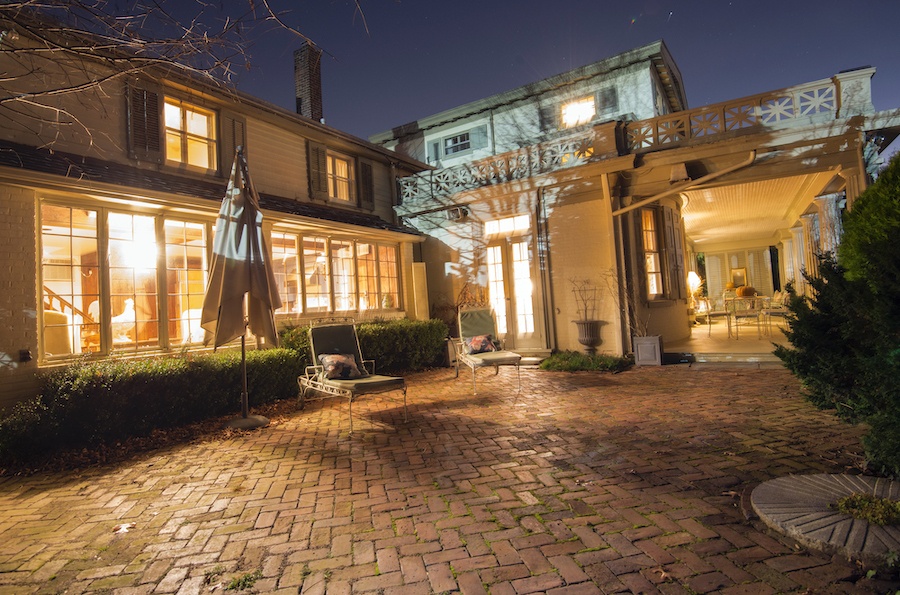 A wall of windows looks out from the kitchen onto an attractive brick patio that is tied into the house’s lont side porch. French doors lead to this outdoor space from the dining room.

Upstairs you’ll find six bedrooms. The master and three guest bedrooms are located on the second floor along with three full bathrooms. The remaining two bedrooms and two hall bathrooms are on the third floor.

Two of the second-floor guest bedrooms open onto a large balcony overlooking the rear patio and garden, and there’s a smaller balcony off a third bedroom over the Church Street porch.

A row of evergreen trees between your patio and the townhouses ensures your privacy, and this house also has a two-car attached garage, connected to it by a garden room.

What more could you ask for? How about West Chester’s happening downtown, which surrounds that courthouse? It too is just a short walk away.

Or how about this? A house rich in history, with loads of room, in a great location, for under a million bucks.

OTHER STUFF: The photos you see here are from last fall, when the house was staged for tours. The rooms have all received fresh coats of paint, refinished floors and new carpeting since then.