A Look at This Year’s AKA Rittenhouse Square Renovations

For the third year in a row, the ritzy Rittenhouse Square flexible-stay residence took a few months off to make another piece of itself even classier. That's three down, one to go. 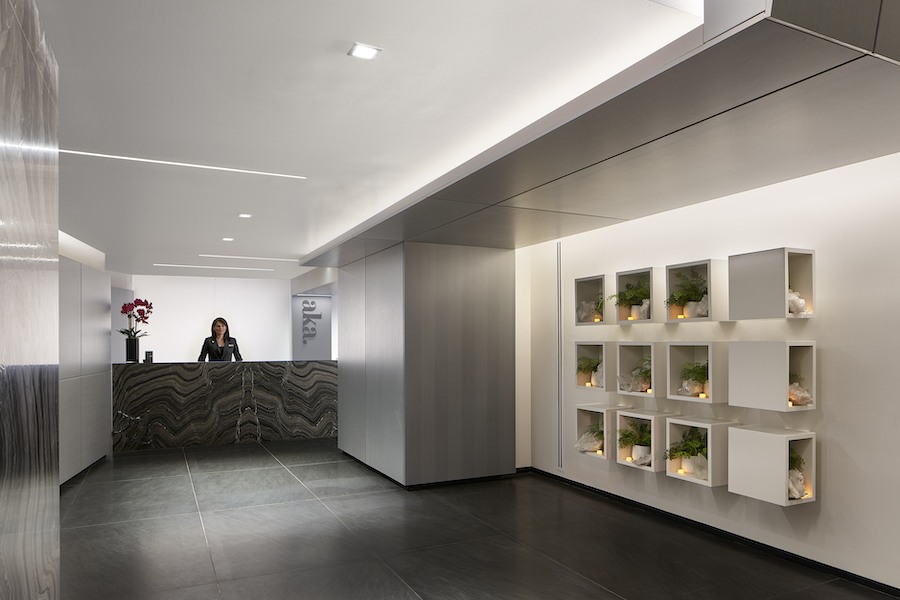 When last we checked in on AKA Rittenhouse Square, the pioneer of Korman Communities’ ultra-luxury flexible-stay residence hotels, the property had just gotten back from an almost six-month-long “vacation” that refreshed and renewed about half of its suites. That makeover also gave it a new “penthouse” apartment in a most unusual location: the second-floor corner overlooking the entrance to Rittenhouse Square. 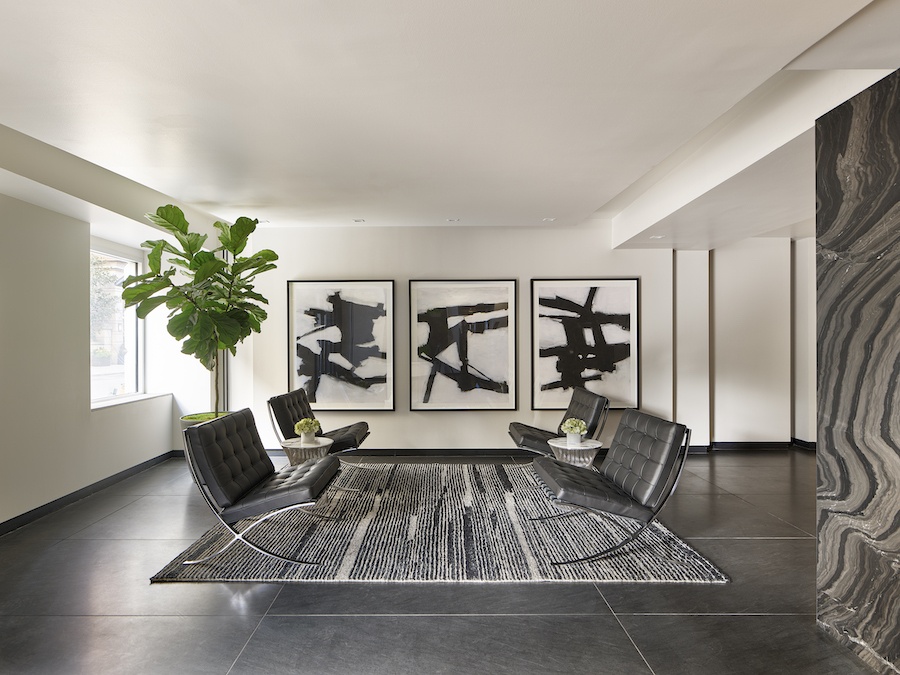 Two more “reverse penthouses” joined the original during this year’s three-month vacation, which ended at the beginning of June. This year’s makeover, the third in a series of first-quarter renovation projects that wraps up next spring, also remade the hotel’s lobby, gave it a new amenity floor, and remade the penthouses on the actual penthouse floor. Korman Communities co-CEO Larry Korman showed off the latest round of improvements on an early June tour. 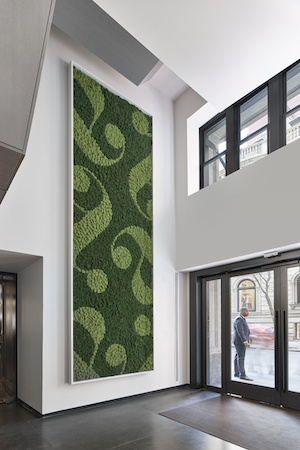 The green wall just inside the entrance. The mural is made from dried plants, as are the installations in the floating cubes just inward from here.

The one constant throughout all of the new and renewed spaces is a certain minimalist elegance. Korman describes the design philosophy thus: “Clean and crisp. Everything with AKA is based on the idea that somebody’s going through some level of chaos and we’re going to provide calm. So when you walk in, everything’s soothing.”

That starts the moment you walk into the redesigned lobby. Its two-story vestibule features a green wall, and just beyond it, cubes that seem to float house more bits of greenery. When the sun goes down, so do the main lights in the lobby; at that time, small electric candles tucked behind the greenery in the cubes light up, enhancing the sense of calm.

AKA Takes Wraps Off a Refreshed Rittenhouse Location

First Look: The Redesigned Penthouses and Suites at AKA Rittenhouse Square

The lobby itself is a symphony in stone, a combination of quartz and limestone that offer gray and black contrasts to the white and green of the walls. The quartz used to face the concierge desk has fissures and strata that give the lobby another touch of nature to go along with the plant matter. 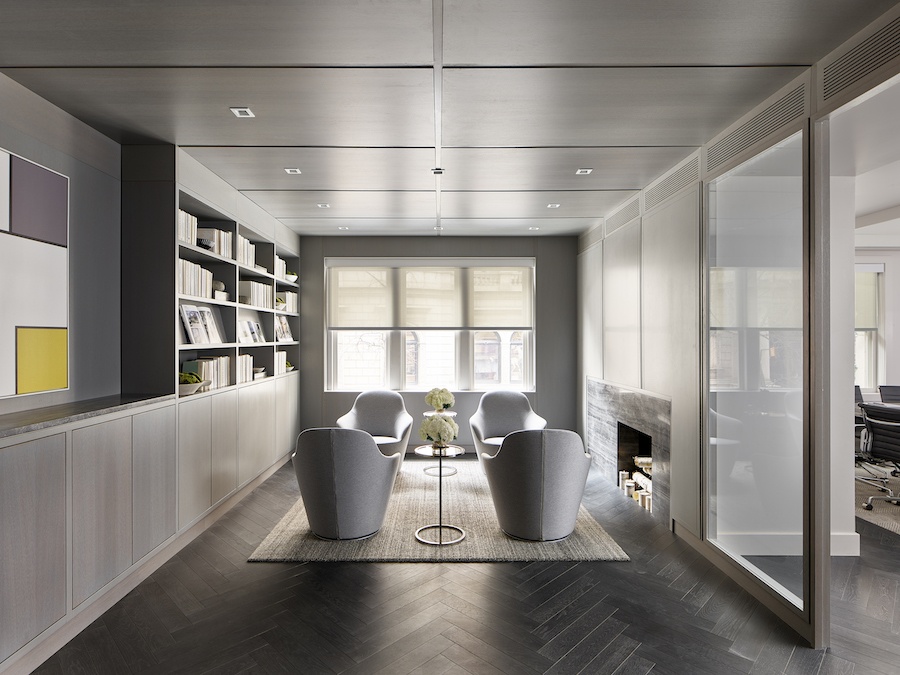 The library on the amenity floor.

The new amenities live down the hall from those second-floor penthouses. Korman explained why more reverse penthouses were added: “There are a lot of people who want penthouse living but they’re scared of heights.” Some of the celebrities who call AKA Rittenhouse Square home when they’re in town, he added, “want to sneak out,” and these lower-floor apartments make doing that easier because they can be reached by a flight of stairs off a nook near the concierge desk. 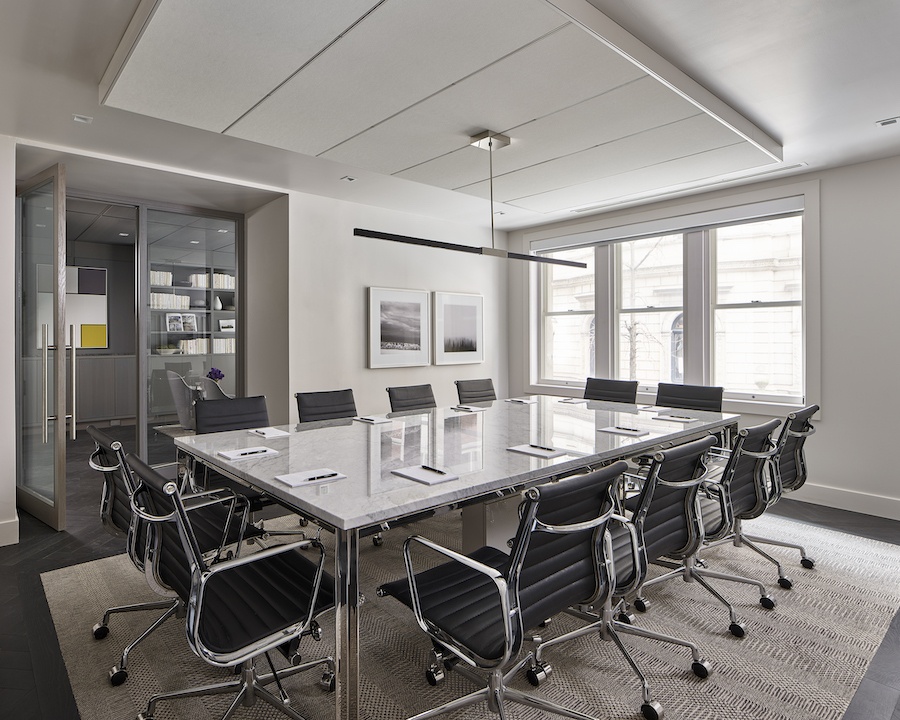 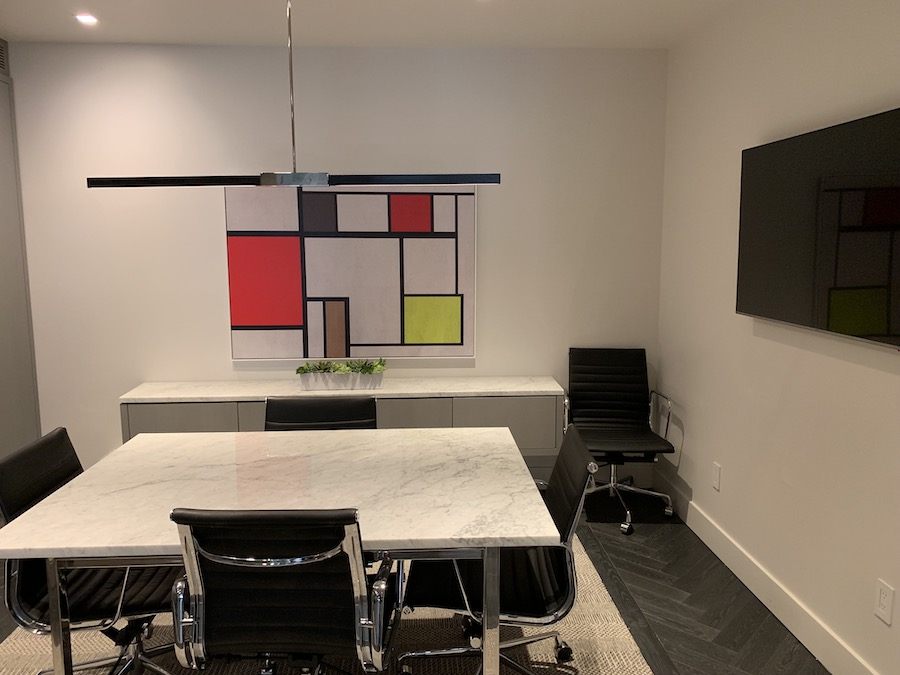 Those second-floor penthouse-dwellers also now have access to a suite of amenities that puts the original AKA much closer to the level of its newer siblings in Philly and elsewhere. 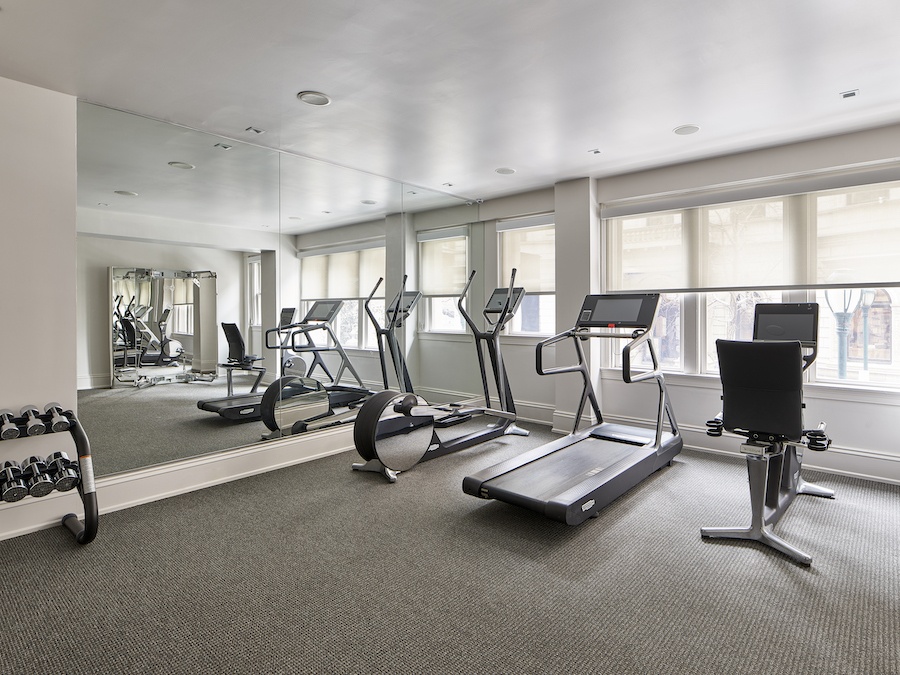 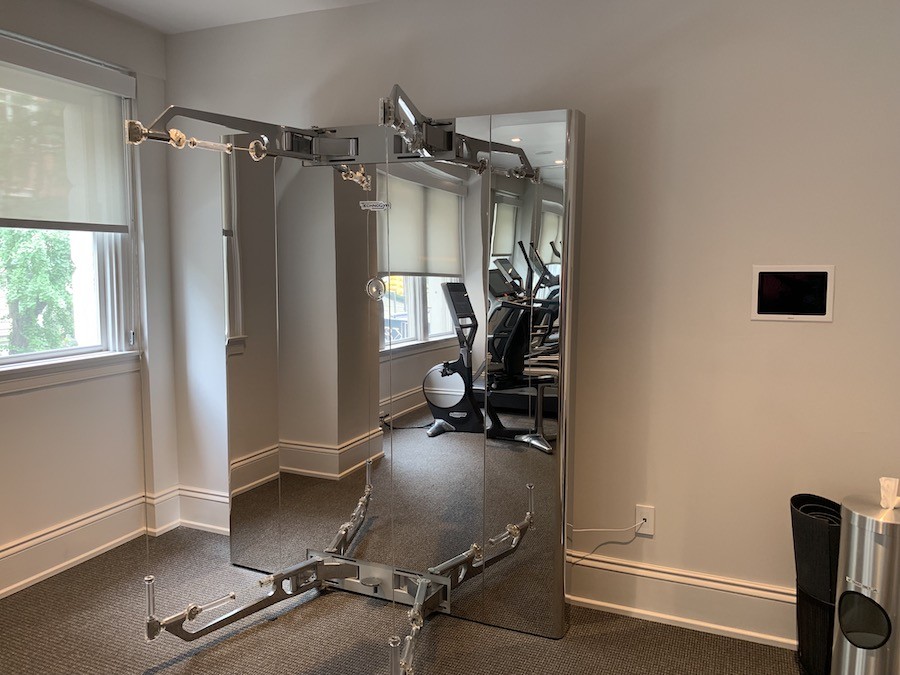 The AKA fitness centers feature TechnoGym equipment, including this one-of-a-kind exerciser: the Kinesis, a patented device that offers a full 360-degree workout of all muscle groups. | Photo: Sandy Smith

The amenity floor includes a seven-seat cinema with extra-comfy reclining seats, a large conference room and a small meeting room, a library with a fireplace and a high-tech fitness center outfitted with the same type of equipment found at its counterpart across the Schuylkill in University City.

Laundry facilities for those suites lacking in-unit washers and dryers also live on the second floor. 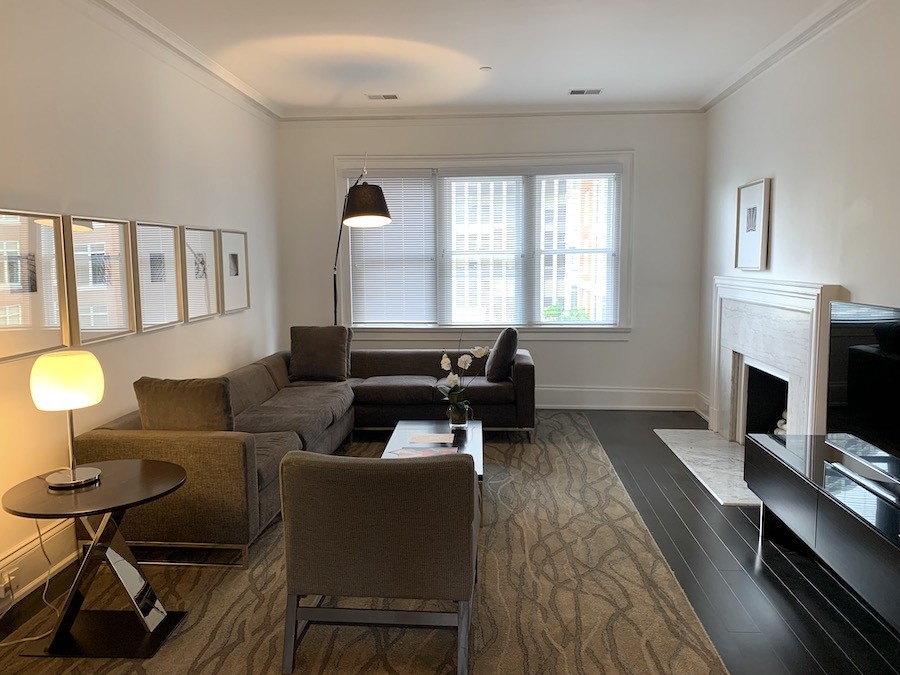 The living room of a two-bedroom apartment on the penthouse floor. | Photo: Sandy Smith 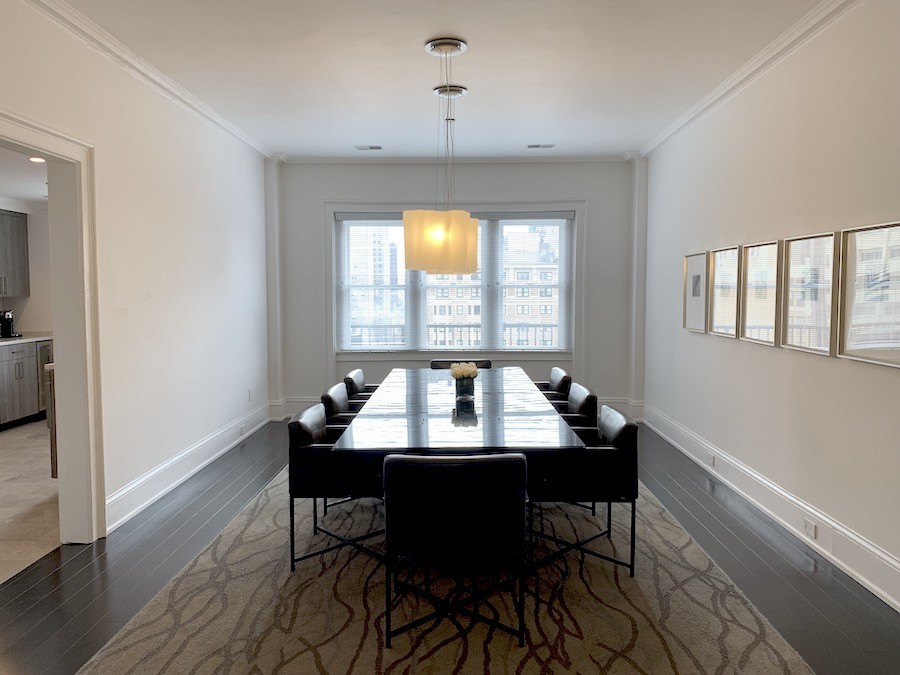 The suites and apartments received designer Nicholas Cardone’s usual deft touch. They also received new kitchens and in-unit laundry closets if they didn’t have them already. 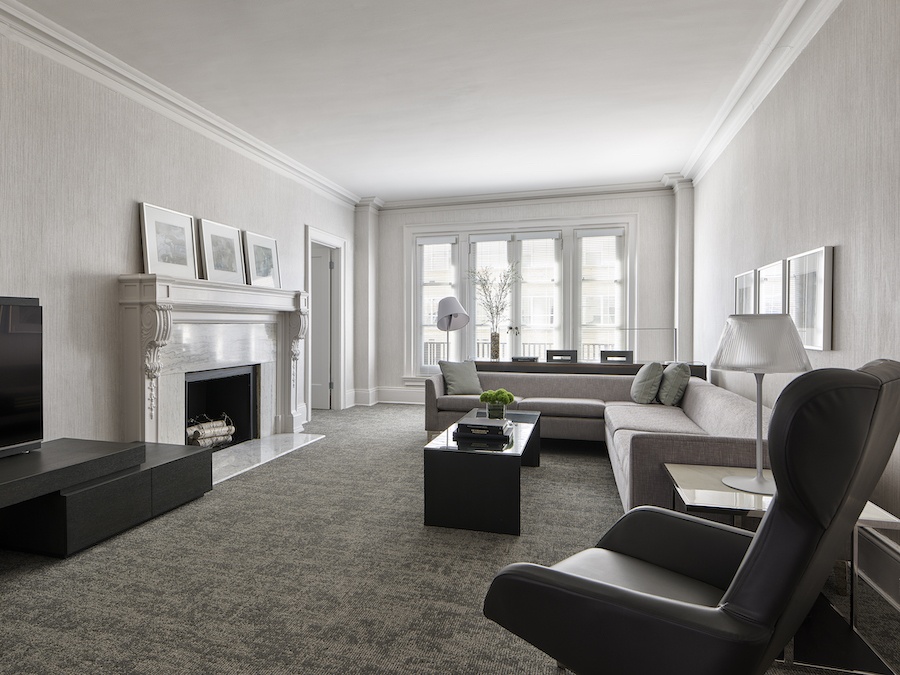 The living room in a Grand Premium one-bedroom suite. 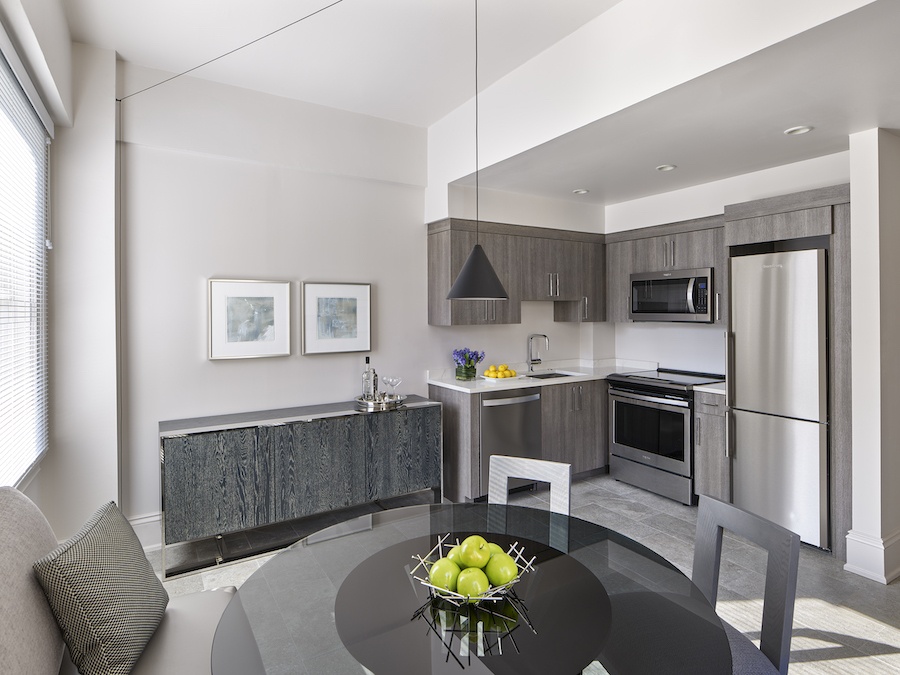 The kitchen and dining area in a Grand Premium suite. The kitchen ranges have induction cooktops. 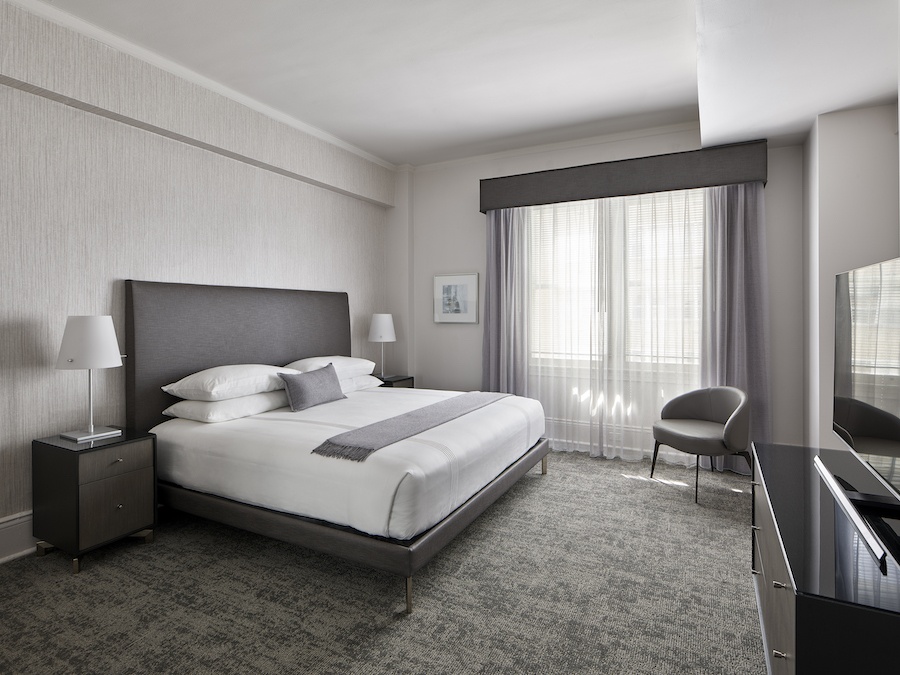 This year’s makeover vacation is the next-to-last one scheduled for the property, says Korman. He also says he’s saving the best for last. Next year’s vacation will redo those suites that remain to be upgraded after these first three rounds, but “the cherry on top,” according to him, will be the addition of a full-floor rooftop terrace. 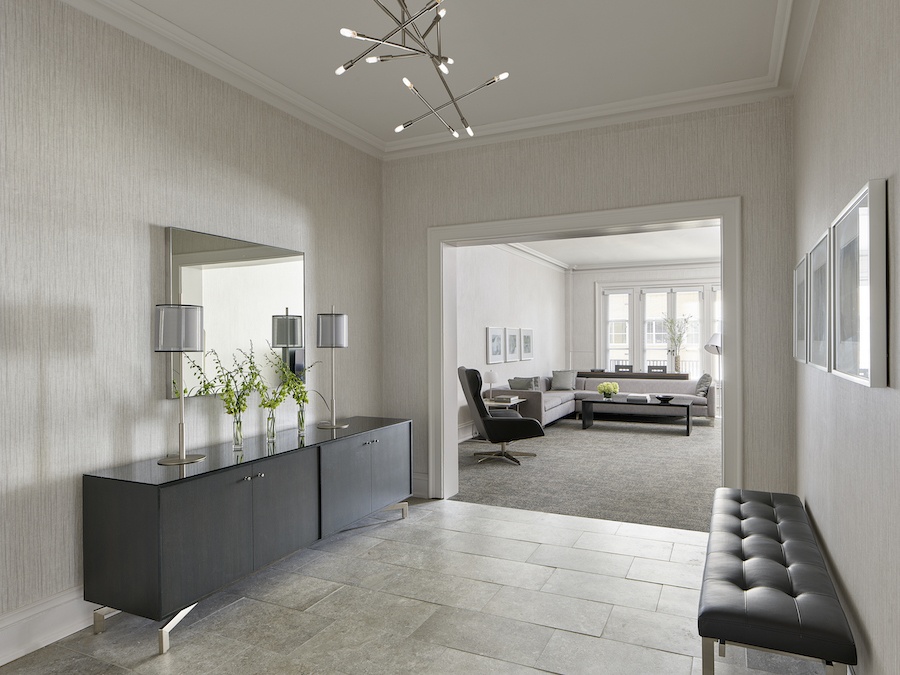 The foyer of a premium one-bedroom apartment.

As of now, access to the terrace will be restricted to hotel guests and their guests only, as the only way to reach it under current plans will be by an elevator from the penthouse floor. However, Korman says he is also in talks with the owners of the building to the east on Walnut Street about carving out space in one corner of that property for use by the hotel. Should those talks prove successful, Korman plans to build a glass elevator on that carveout that would run up the hotel’s east face and allow the public to enjoy the terrace as well.