Carl Dranoff Breaks Ground at Broad and Spruce at Last

The Arthaus condo is the same project he announced to much fanfare almost six years ago, only different. 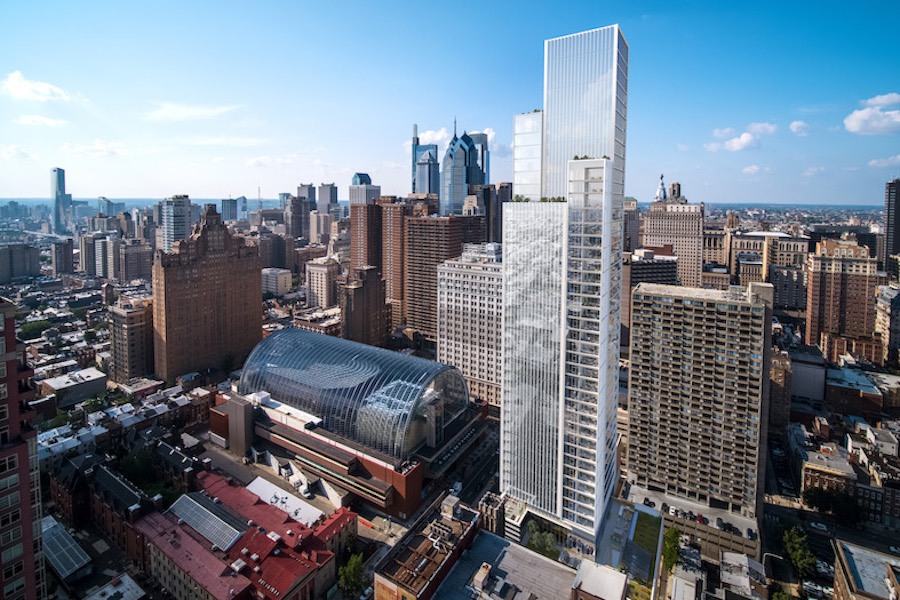 Today’s midday ceremonial groundbreaking for the Arthaus, Dranoff Properties’ new 47-story condominium tower at Broad and Spruce streets, was at once a triumph, an anticlimax and another testament to the perseverance of Carl Dranoff.

It also had an element of déjà vu about it, for it was just over five and a half years ago that Dranoff announced he was going to build the city’s tallest residential building, a 47-story hotel/condo combo, at this very site.

A little over a year after that, the building at 309 South Broad, the longtime home of Philadelphia International Records, fell to the wrecking ball along with two other buildings to its south.

And there the hole sat for the next four years.

And while it sat there, Dranoff was busy reworking the project so that he could get it off the ground. 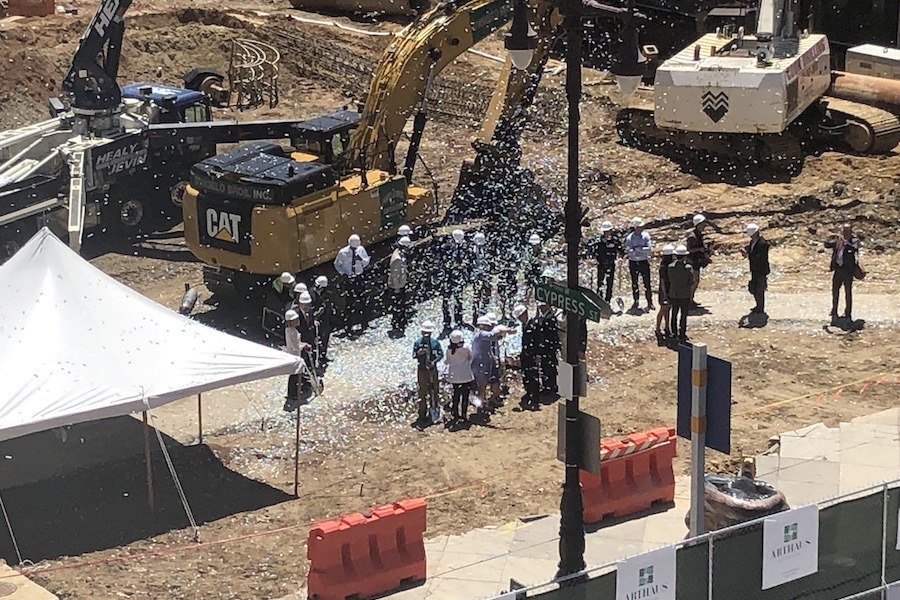 After general praise for the project at a Kimmel Center ceremony, the assembled dignitaries went across Broad Street to the construction site for the ceremonial groundbreaking. Those participating included developer Carl Dranoff; former Gov. Ed Rendell, who was mayor when the Avenue of the Arts project was launched; Mayor Jim Kenney, Kohn Pedersen Fox principal Gene Kohn and City Councilmember Mark Squilla. | Photo: Sandy Smith

Which is what made today’s groundbreaking an anticlimax, for the real groundbreaking had taken place last month when the heavy equipment showed up at Broad and Spruce to start work on the building’s foundation. 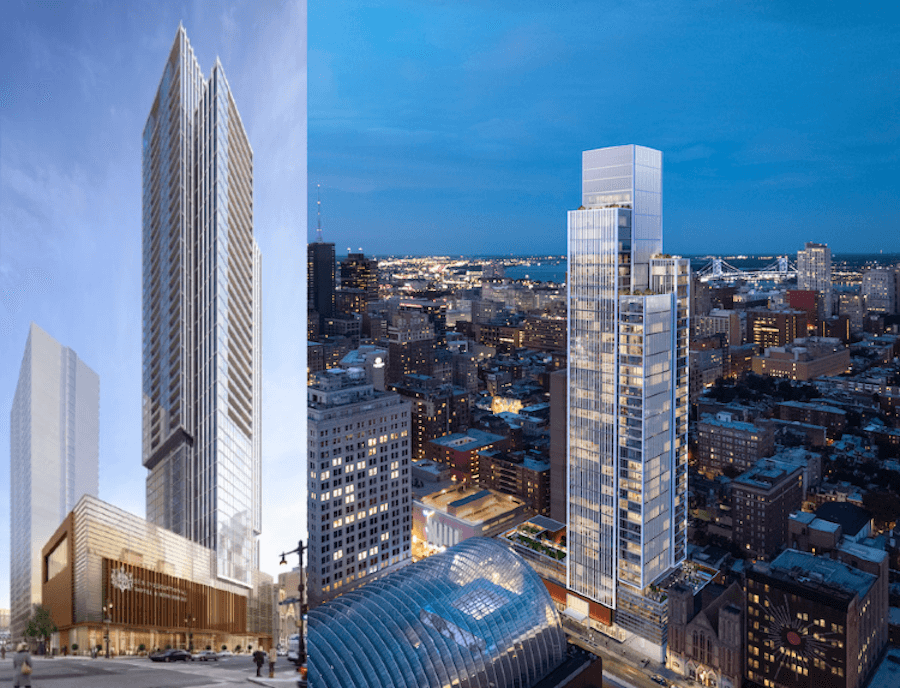 Like the original tower, this pure condo project is designed by Kohn Pedersen Fox and will rise 47 stories above Broad Street. Unlike the original, this tower will lack a hotel component, and it will rise only 524 feet rather than 567. Even at the old height, however, it will no longer be the tallest residential tower in the city when it’s finished: that honor will belong to The Laurel, Southern Land Company’s apartment/condo tower at Rittenhouse Square’s northwest corner.

Assuming the Laurel is finished by the fall of 2021, when this building should open its doors, that is. Perhaps with that project in mind, Dranoff waited until the earth really was moving under his feet to invite the dignitaries over for the formal groundbreaking. (Foundation work on the Laurel finally began two weeks ago, a little more than six months after the formal groundbreaking.) 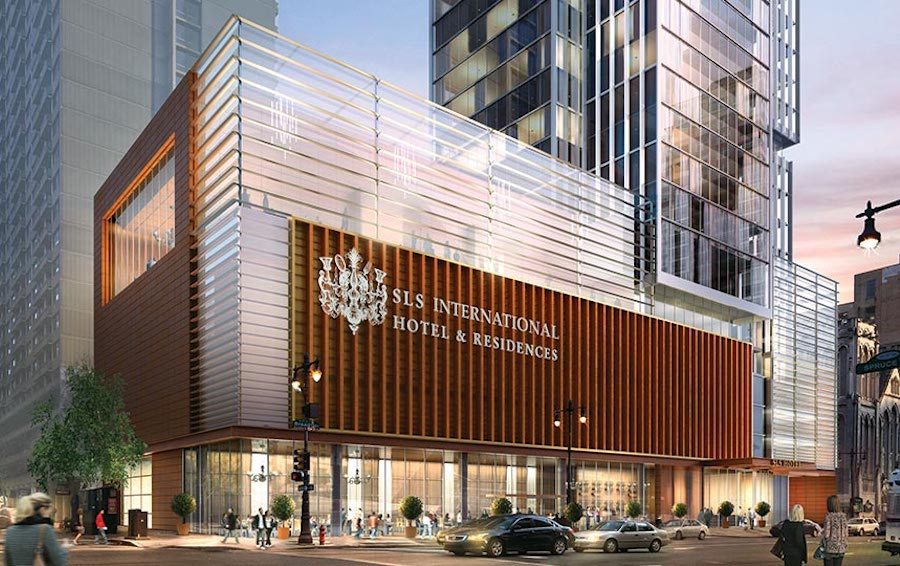 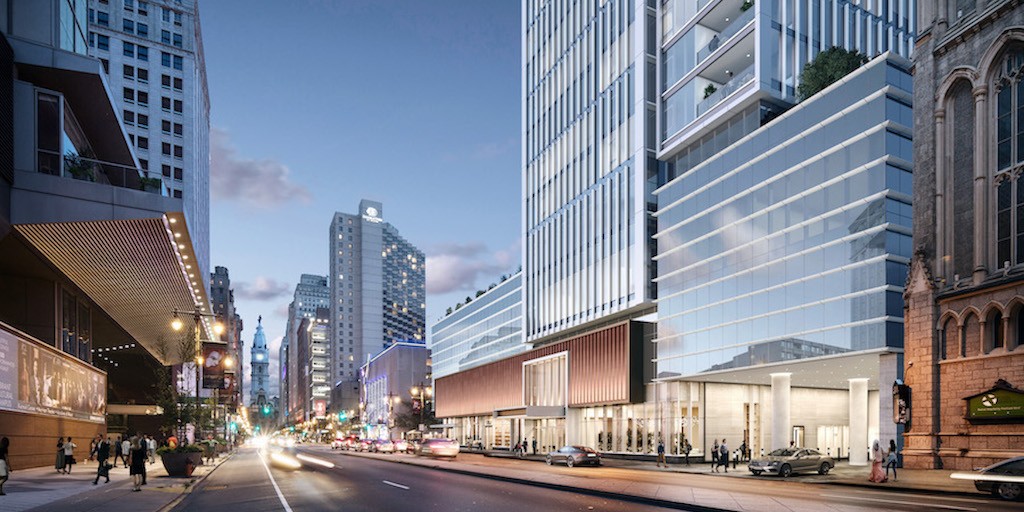 As the renderings of the original and revised projects should make clear, there’s more than a little family resemblance between the two KPF towers. Dranoff explained the differences this way;

Another factor that may have led Dranoff to shift gears: failure to receive a Redevelopment Assistance Capital Program grant for the hotel component from the Commonwealth of Pennsylvania. “That turned out to be a blessing in disguise,” he says, “for it led us to produce a better project overall.”

A condo tower with hotel amenities

What Dranoff did in the wake of this was send KPF back to the drawing board to produce a condo-only project. The result was in effect the original tripartite tower with the hotel rooms turned into condo apartments. The revised project will have 108 of them: 58 two-bedroom units, 47 three-bedroom units and three penthouses with private garden terraces.

Thus residents at the Arthaus will enjoy not only the amenities one now finds in a luxury condominium — a 75-foot heated indoor pool, a dog park, an outdoor terrace with grills, fire pits and seating areas, a dog park, a fitness center, use of a chauffeur-driven town car, a 24-hour concierge desk, a library (curated by Dranoff’s favorite librarian), and a dining room with a demonstration kitchen — but also those found in hotels: A sauna, steam rooms, showers and locker rooms. A massage room. A street-floor restaurant (no word yet on whether it will offer room service). And a ballroom-size banquet facility with catering kitchen.

“We found that people wanted to have their own entertainment events in the building,” says Dranoff. “You can have a birthday party for 100 people right inside the building.” 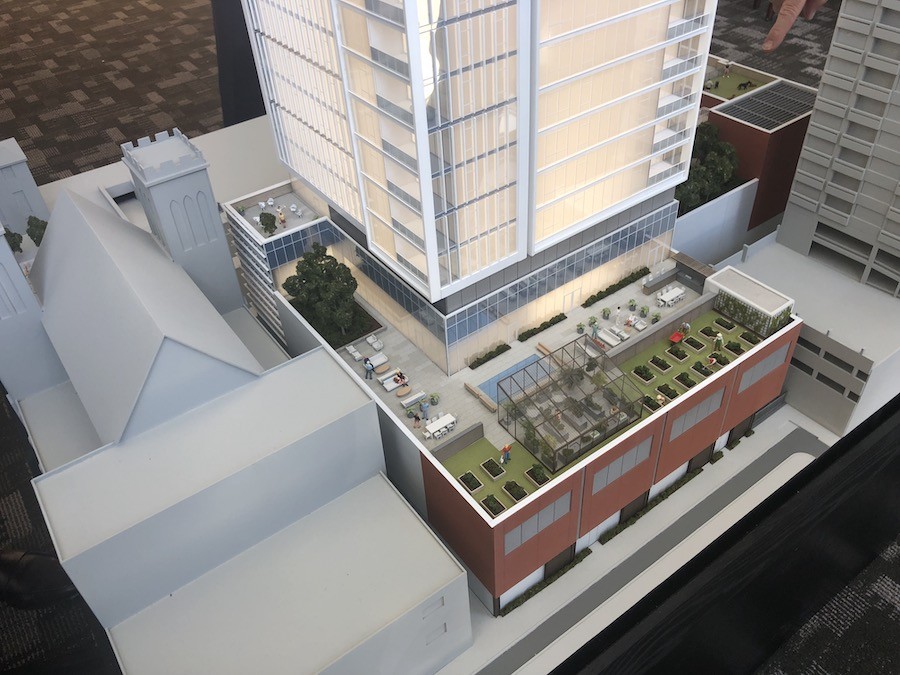 This photo of the architect’s model of the tower shows the east side of the community terrace, where the greenhouse and private garden beds will be located. | Photos of model: Sandy Smith

“Garden apartments” come to the Avenue of the Arts

The removal of the hotel also added more outdoor amenities for the residents. The most distinctive ones are a greenhouse and private garden beds that residents can cultivate. Another change brought about by the conversion: private 16- by eight-foot balconies at the tower corners for most of the units and the three private terraces for the penthouses. 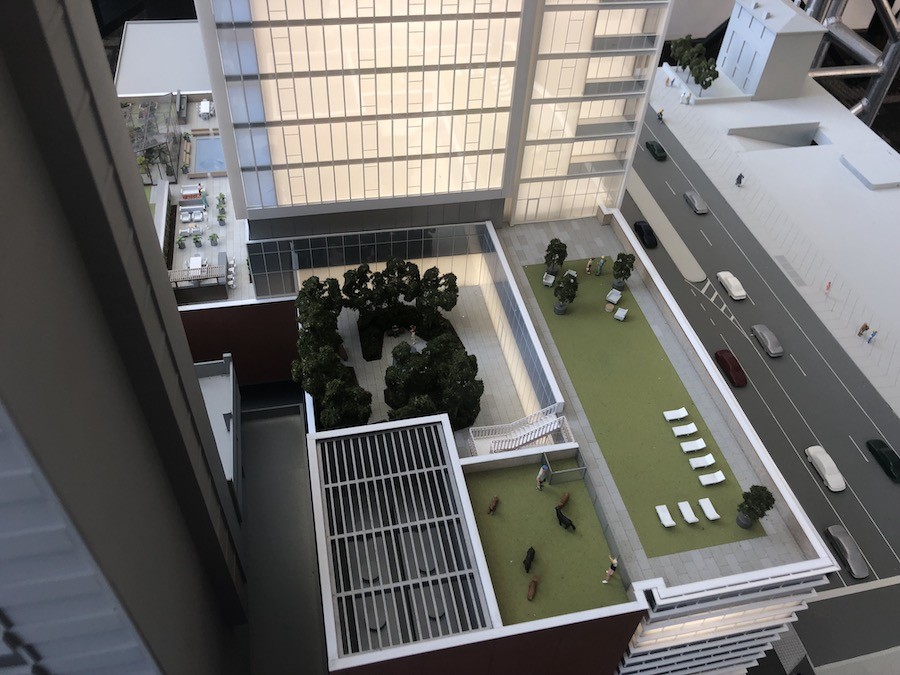 The north-side terrace will contain most of the other community amenities, including a mini-park with reflecting pool next to the indoor swimming pool.

In essence, what the outdoor space redesign did was give residents of this building access to the same kinds of neighborhood amenities residents of Dranoff’s previous condo project, One Riverside, can access at next-door Schuylkill River Park, only without having to compete with the rest of the neighborhood for them.

“It’s the right size,” says KPF principal Gene Kohn, himself a Philly native. “He didn’t go for all the height he could have built.”