Like the horses a Paxson descendant raised here until 2000, the historic Elm Grove Estate is a true thoroughbred that dates to 1700. 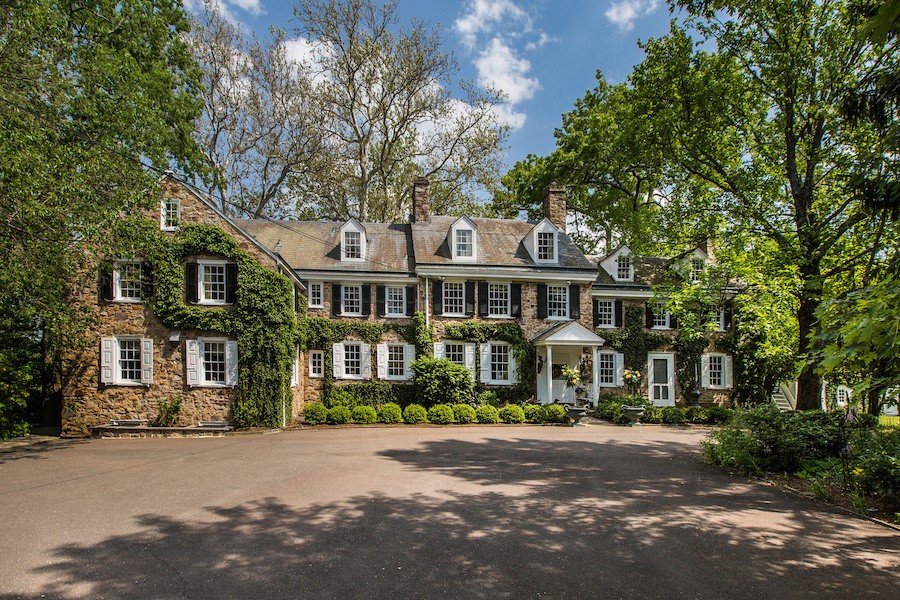 Were this magnificent Bucks County estate a car, it would be the kind dealers call “pre-owned” rather than “used.”

It has had only two owners since 1680. Its first owner is several generations of one of Pennsylvania’s first families: the Paxsons.

According to the listing, William Penn granted the land that includes what we now know as Elm Grove Estate to the Paxson family in 1680, the year before he officially established his Province of Pennsylvania in America. Quakers James, William and Henry Paxson left Buckinghamshire (Bucks), England, for Bucks County, Pennsylvania, in 1682, establishing the family presence in America.

On the inside, the main house combines 18th-century architecture with 19th-century Gilded Age decor. Yet at the same time, it contains a slew of 21st-century features, including a commercial-grade kitchen and whole-house audio. A meticulous restoration project and several upgrades over the last 15 years have produced this combination.

Since words cannot do its interior justice, we will let the pictures below do the talking. 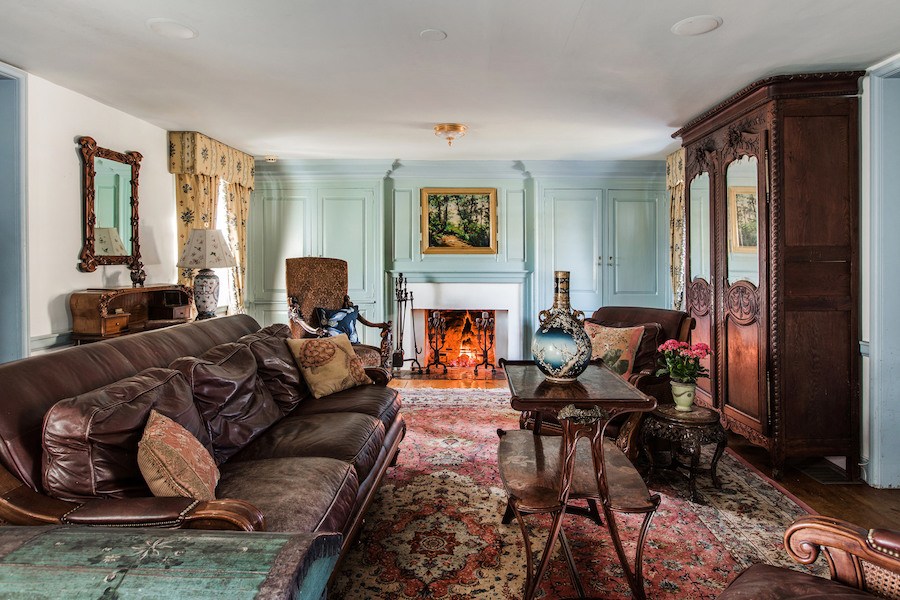 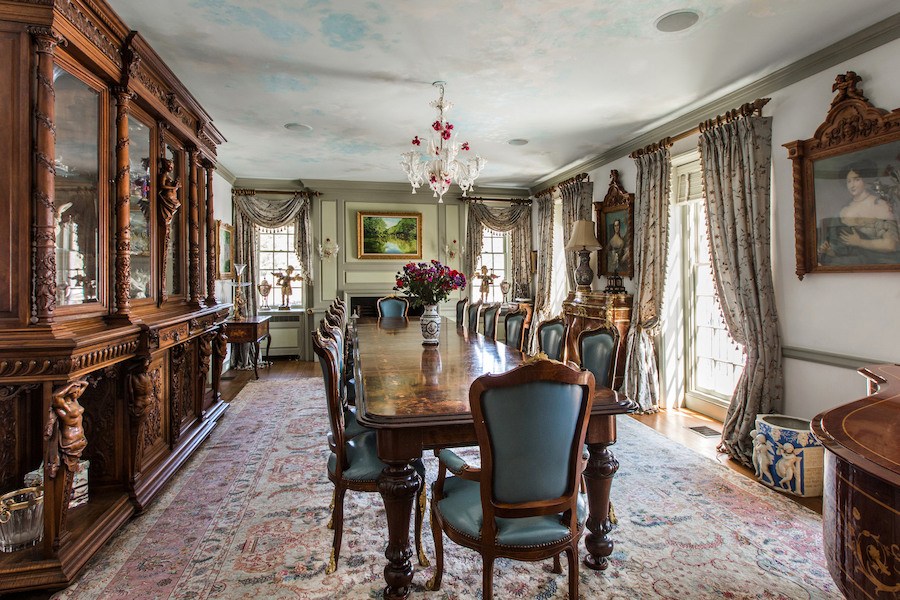 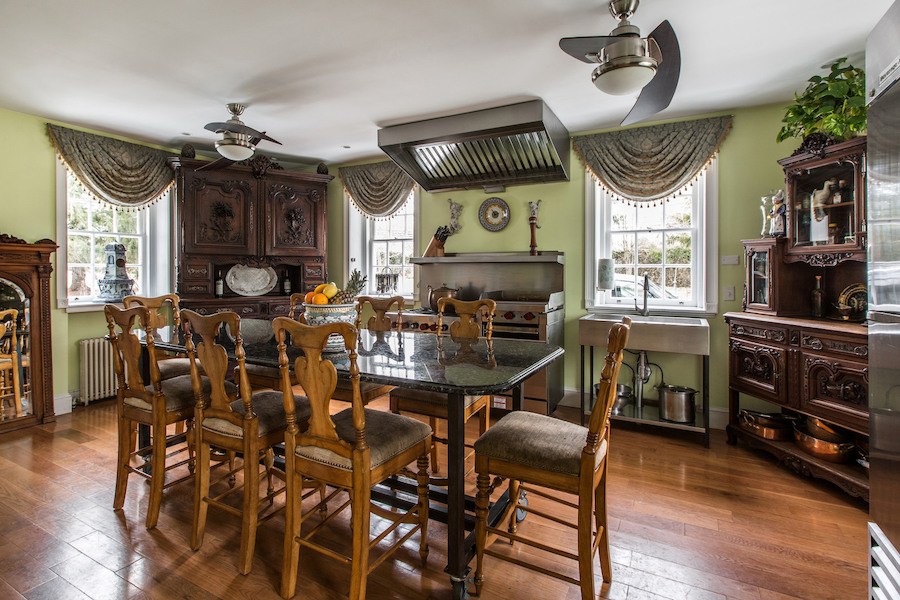 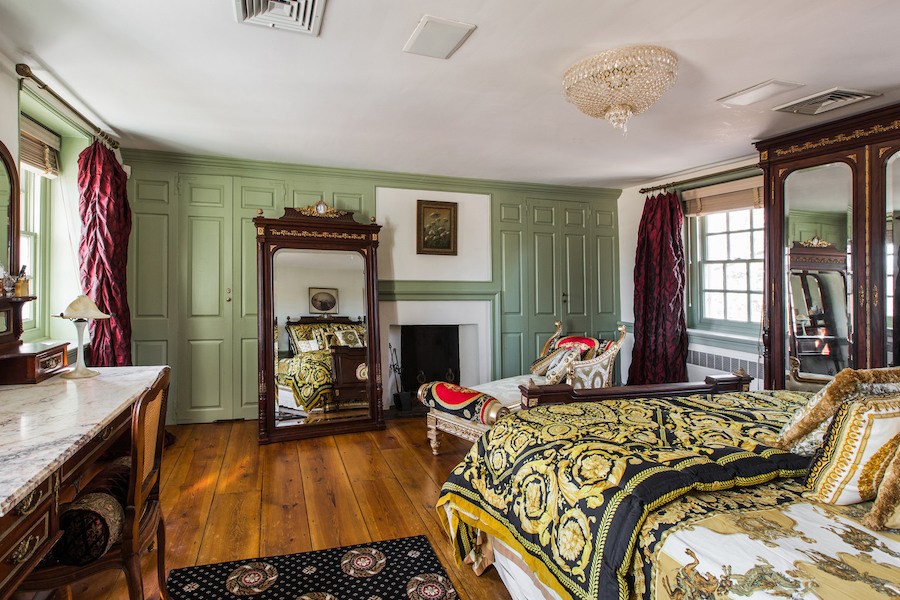 One of the master bedrooms

We will, however, point out that in addition to what you see here, this house has a reception room, a hunt room with a walk-in fireplace, nine other fireplaces, two master suites, nine other bedrooms and a library in the upstairs private quarters. 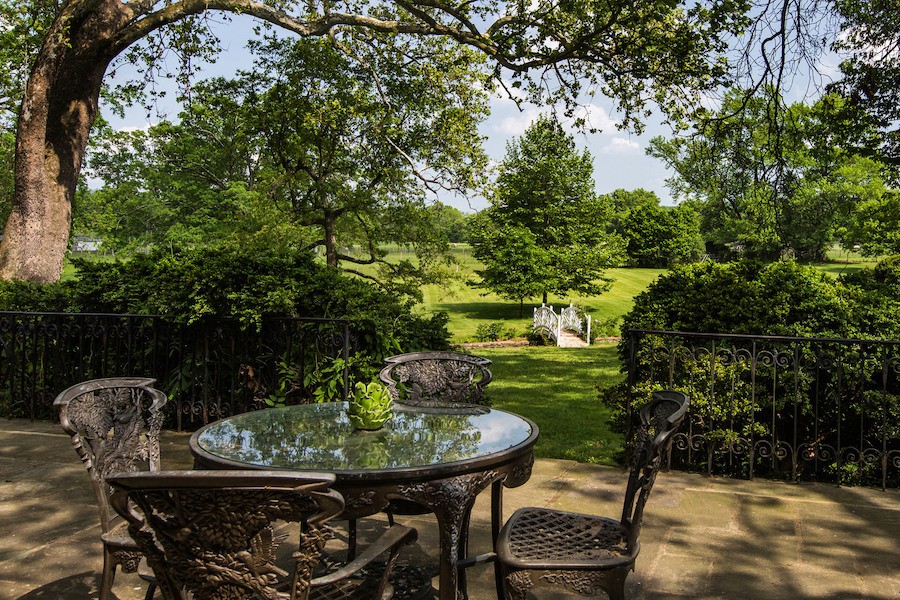 View of grounds from rear terrace

The beautifully manicured grounds recall an English country estate. A stream that flows through the backyard of the main house adds to the picturesque view from its expansive stone rear terrace. 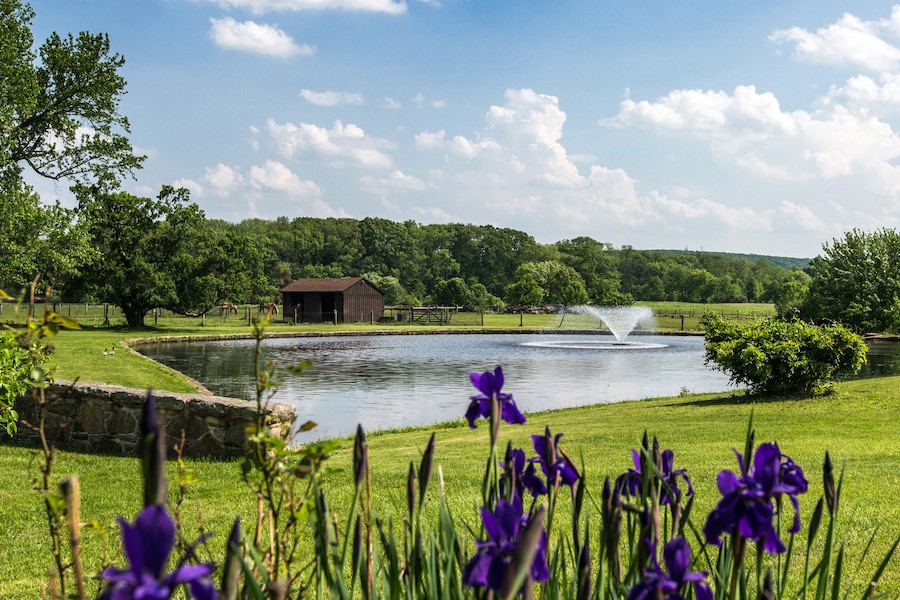 A pond with fountain adds an element of awe to the landscape. 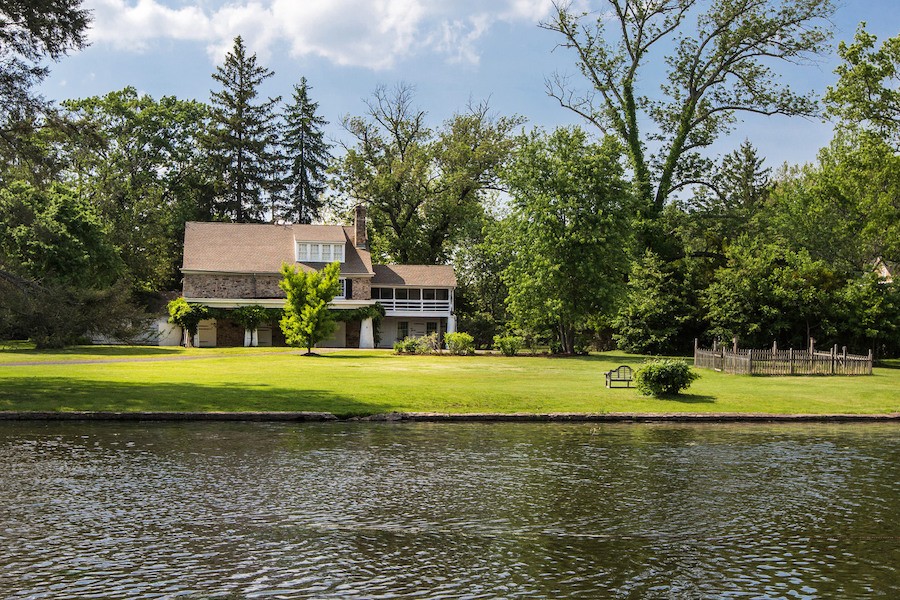 On this estate’s 75.58 acres you will also find a carriage house and working horse farm. That farm was where the last Paxson to reside here, Adele Warden Paxson, raised prize-winning thoroughbred and field hunter horses until shortly before her death in 2000. 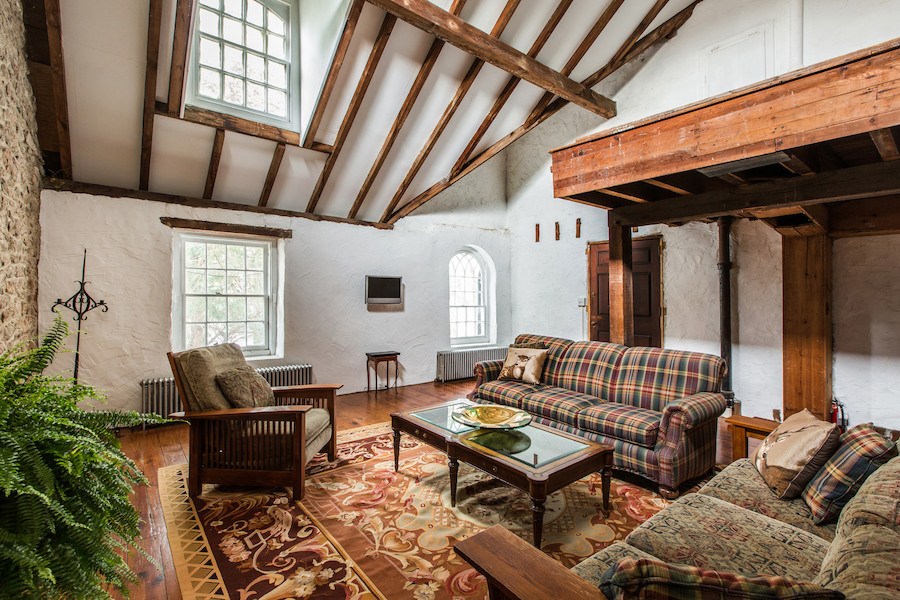 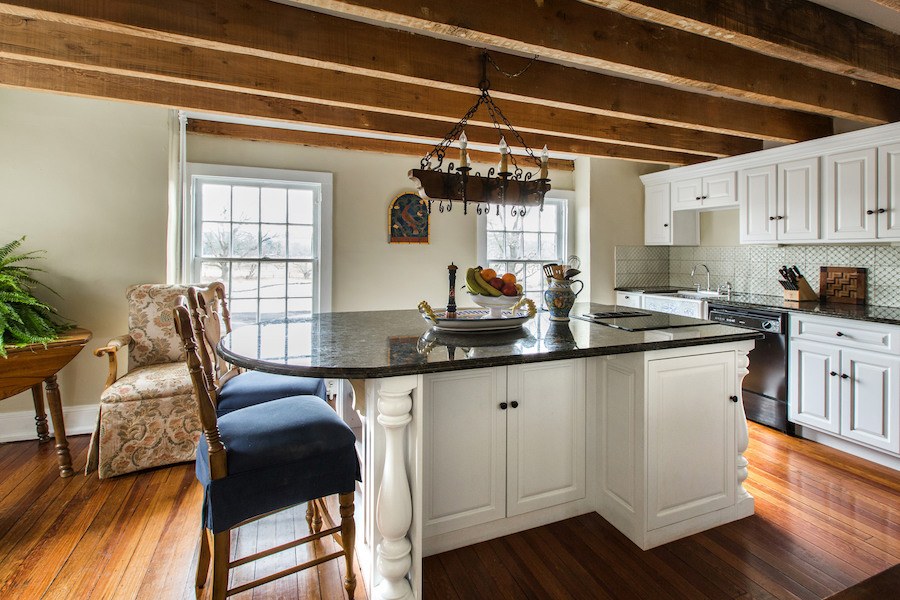 The carriage house also got upgraded. It now offers splendid living quarters for a guest, caretaker or tenant, plus storage space in its basement. 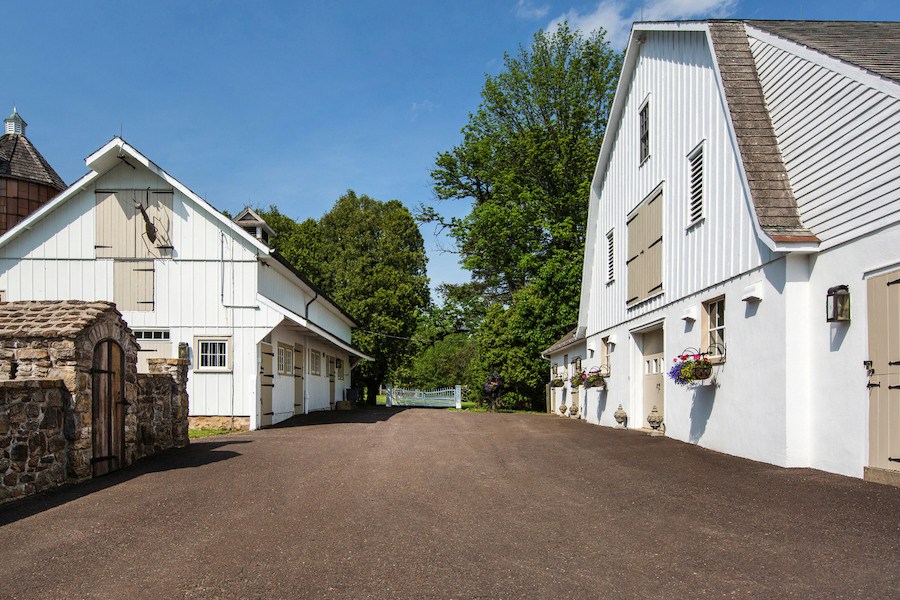 The three barns on the farm offer a total of 14 stalls, a workshop and plenty of storage space.

Located close to both Lahaska and New Hope, this estate is perfectly outfitted for entertaining in the grand Bucks County tradition. And when you’re not throwing a party, it will treat you, your family and your horses royally, just as it did several generations of Paxsons.

(figures are for main house only)

OTHER STUFF: The estate also has garage parking for four cars. It has been listed for sale on the market on two other occasions within the past three years, with a list price of $10 million both times.