Living in Pennsport: A Neighborhood Guide

Best known as the epicenter of Mummery, this riverside neighborhood in South Philly also boasts a surprisingly good restaurant scene and more big-box stores than you thought could fit in such a compact space. 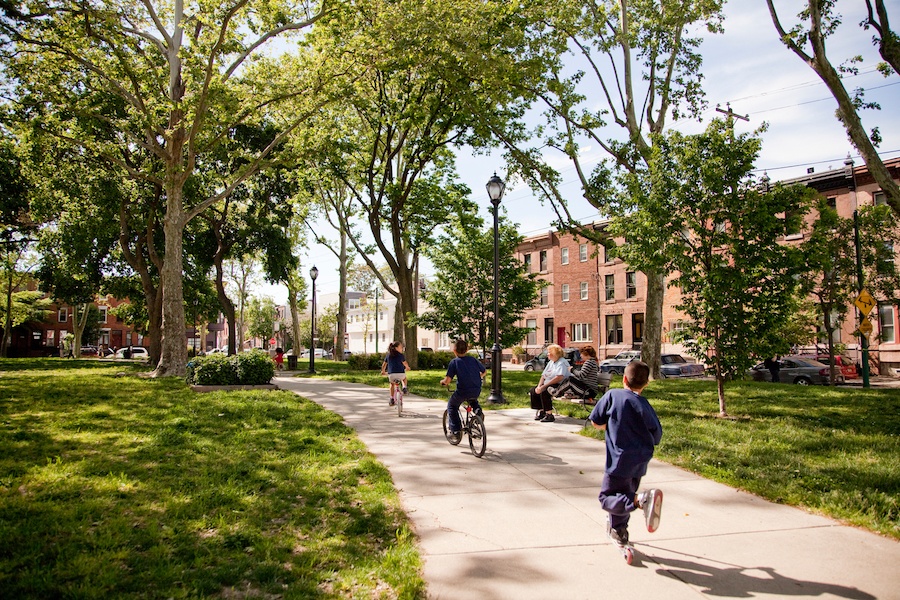 Dickinson Square Park at Pennsport’s western edge serves as the neighborhood’s green heart. It’s one of three green oases in Pennsport: Jefferson Square sits at the neighborhood’s northwest corner and Herron Playground is near the center of its north side. | Photo: M. Fischetti for Visit Philadelphia

Once you cross Washington Avenue headed south, the thoroughfare that goes by that name everywhere outside Pennsport becomes “Two Street,” the place where the Mummers clubs stage the real New Year’s Day party.

There’s more than Mummery to this neighborhood that hugs the Delaware waterfront between Washington and Snyder avenues, though. Long home to the working-class Irish who poured into the city in the latter half of the 19th century, Pennsport more recently has seen a slow but steady influx of residents from more diverse backgrounds. Younger residents have taken its rich supply of traditional row houses and given them new leases on life. A slew of new construction projects in and around the neighborhood has added some more luxurious digs to the local housing stock.

What’s more, new restaurants have gone beyond the beef-and-beer standard of the older establishments. Pennsport is also the birthplace of Federal Donuts, Michael Solomonov’s fried-chicken-and-designer-donut chain that quickly won a legion of fans across the city.

If you do choose to make Pennsport your home, you should have no trouble furnishing it or fixing it up: the big-box Nirvana along its stretch of the Delaware riverfront includes Home Depot, Lowe’s, Pier 1 Imports, Best Buy, Walmart, a Raymour & Flanigan location and the city’s only Ikea store.

Pennsport Housing Prices at a Glance

What You Can Buy in Pennsport 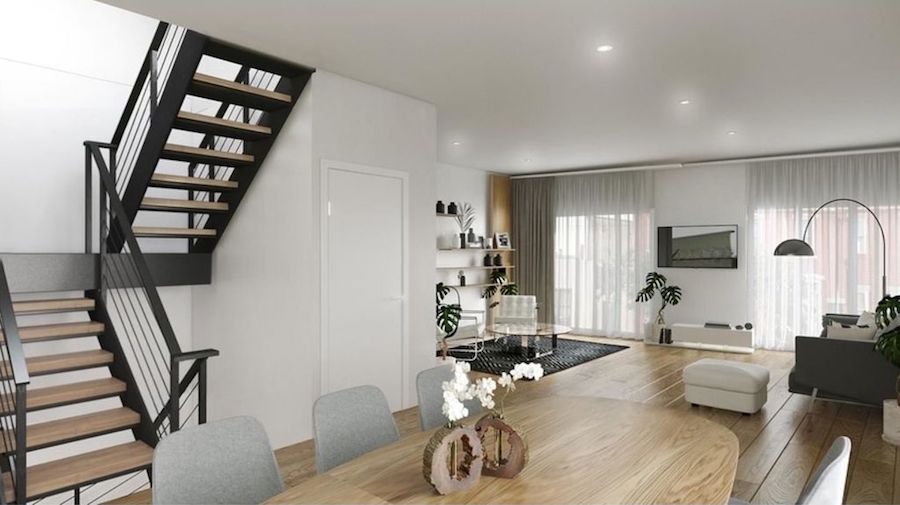 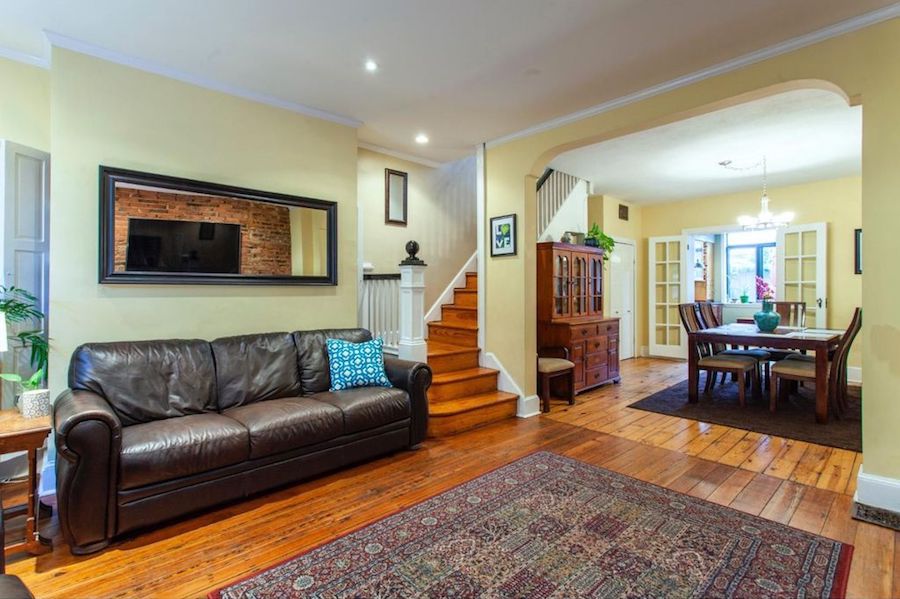 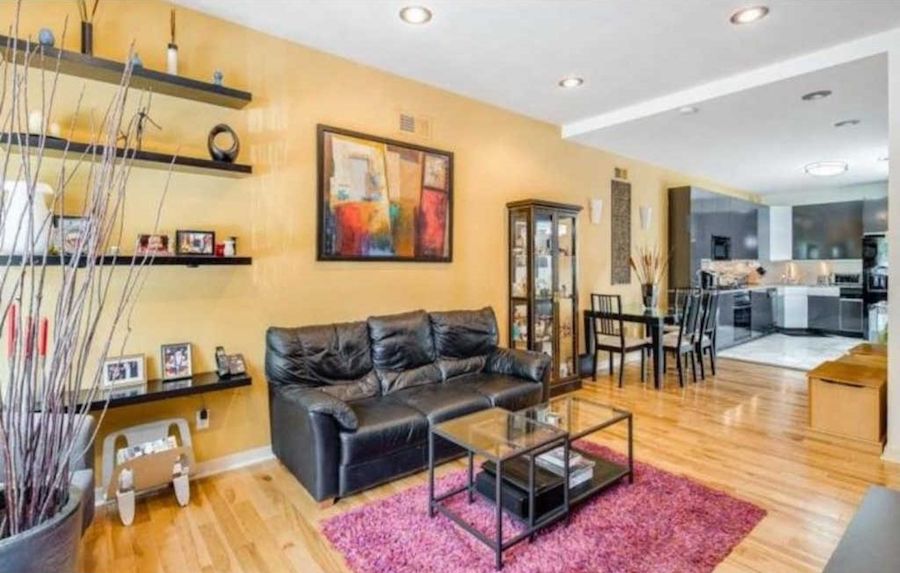 What a Real Estate Agent Says About Pennsport

“Pennsport is great because of its commutability to Jersey with easy access to the bridges.  You are also steps away from Queen Village, without the same price tag and with tons of new construction.  If you are close to Second Street, you can be right in the heart of the Mummers Parade, and don’t forget about the original Federal Donuts at Second and Federal!  Parking isn’t too bad either relative to the rest of the city and you are close to the big box stores like Ikea, Best Buy, Lowe’s and Target.  Also if you have kids, be sure to check out the Spray Park at Herron Playground at 2nd and Reed!” 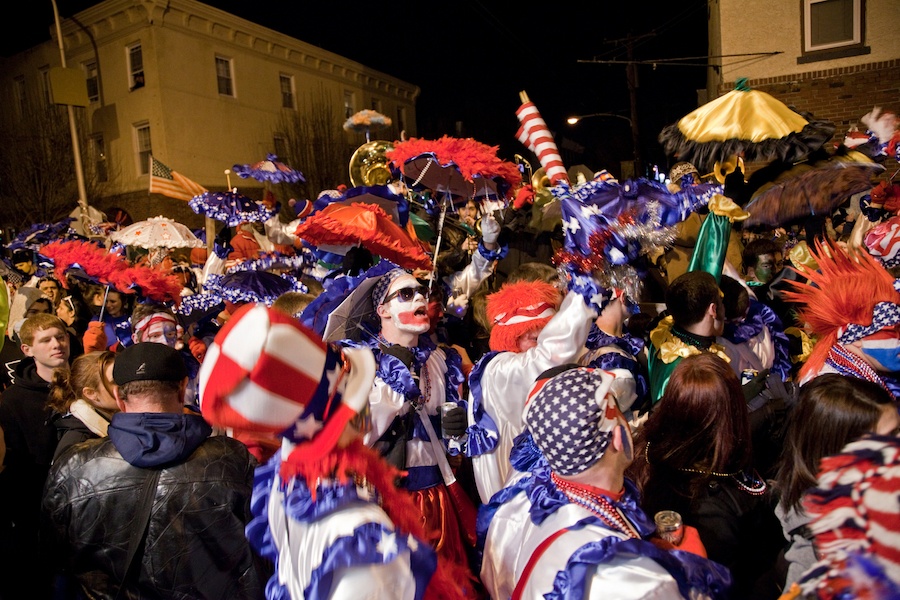 It doesn’t get much more colorful than New Year’s Day on Two Street in Pennsport. After the Mummers clubs wrap up their parade up Broad Street, they all head down to Second Street, where most of their clubhouses are located, for an encore performance on a more intimate, family-friendly scale for friends and neighbors. You can be one of that crowd as well – all you have to do is make your way over to Pennsport for the annual 2nd Street Strut, which runs from 4 to 10 p.m. 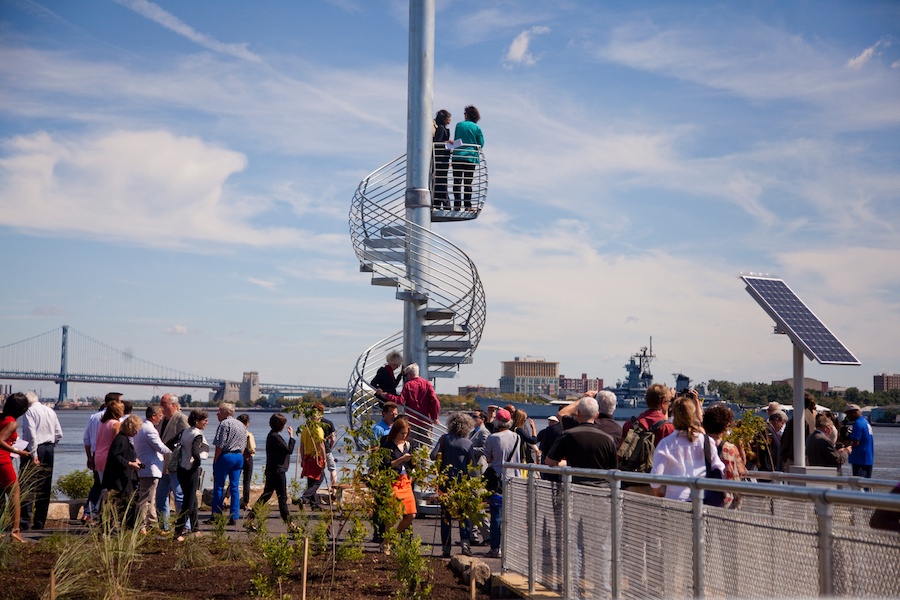 Want to hang out on a Delaware River pier where the river itself is the focal point? You can become one with the Delaware at Washington Avenue Pier, the former Pier 53 at Columbus Boulevard and Washington Avenue. Also known as Washington Avenue Green, this pier has a pathway that extends all the way to the end, where you can actually dip your fingers or toes in the river. A boardwalk lets you see wetlands up close and personal, and there are great river views all around. The best views, however, are from the observation platform that’s part of the “Land Buoy” sculpture. From this 16-foot-high perch, you can take in the full sweep of the waterfront.

And that’s not the only pier in Pennsport that lets you get intimate with the river. Pier 68, which extends into the river from the end of the Pier 70 shopping center, offers a less sculpted environment for experiencing the Delaware. A four-foot-wide cut in the pier lets the tidal estuary flow into it and shows you how the Delaware ecosystem functions. The pier also has space for picnicking, a terrace looking out on the river, and one of the few spots along the river where you can go fishing. 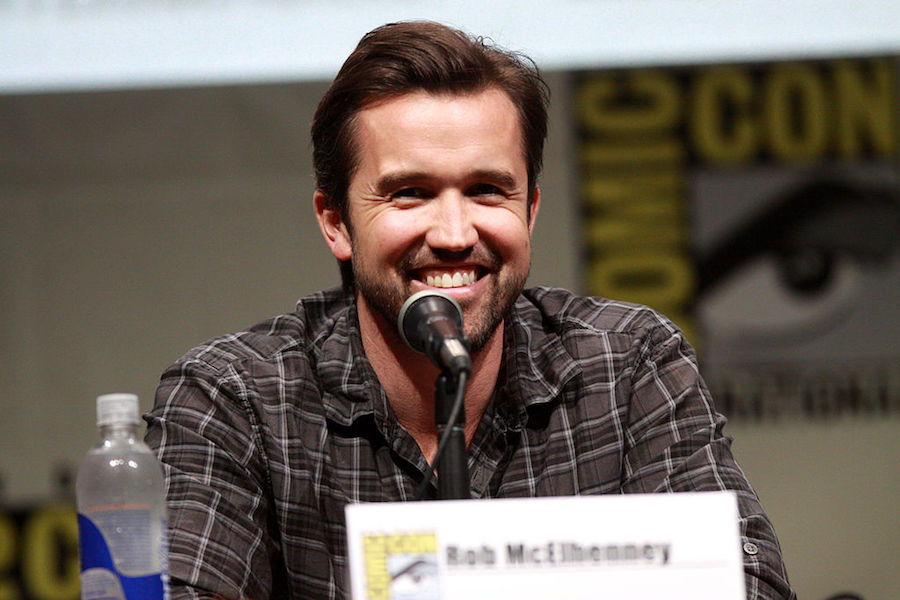 The delightfully funny degenerates who make up the cast of “It’s Always Sunny in Philadelphia” sprang from the mind of a Pennsport native. Series creator Rob McElhenney grew up in Pennsport and attended St. Joseph’s Prep. One of his closest friends, a Delco guy named Joseph Dougherty Jr., planted the idea for the dark comedy in his head. McElhenney plays Mac on the show — and Mac’s is also the name of the tavern McElhenney owns in Old City. Why he didn’t open it on Moyamensing Avenue will remain a mystery.