Every good real estate agent should know their community. By remaining independent, John Duffy says his real estate firm can go that one better: It's part of its community. 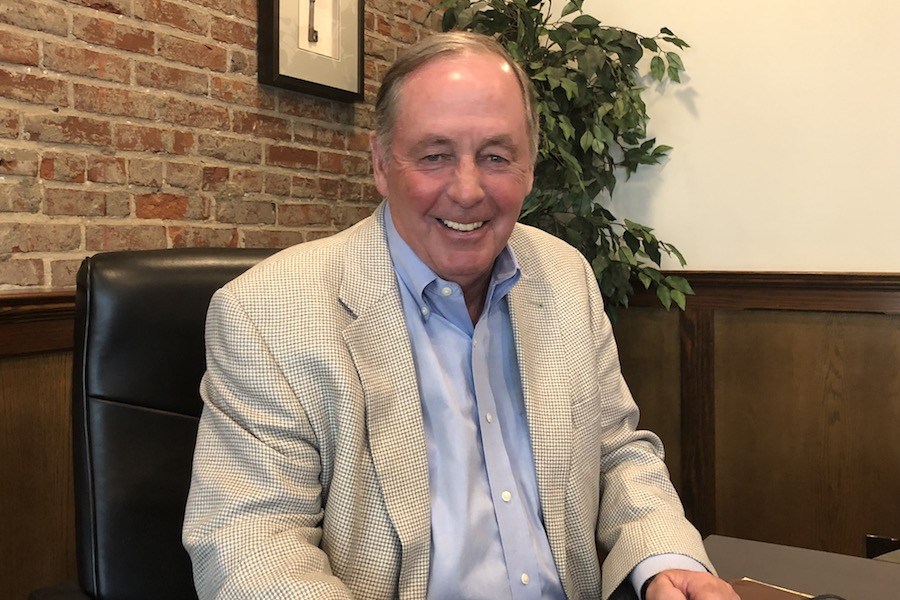 The real estate industry these days is dominated by the large franchise operators who give individual agencies extra marketing muscle and the promise of greater reach.

That going-broad approach is one way to stay in business. But you can also do it by going deep as well. That deep familiarity with the communities where they operate keeps a number of brokerages here and elsewhere independent. Some, like Elfant Wissahickon in Northwest Philadelphia, dominate their territories the way the franchises dominate the larger environment.

Then there’s going real deep by becoming part of the community. That’s how John Duffy has managed to keep Duffy Real Estate in Narberth a going concern for 40 years now.

From Mom-and-Pop shop to 35-plus agents

But now the firm consists of some 35 agents plus support staff operating out of two offices. And they all work together in an atmosphere of mutual respect and old-fashioned loyalty.

Duffy exaggerates only slightly by using that term. “The first agent I hired was a neighbor who’s friends with my mom,” he says, “and she was with me for 32 years. And I have an agent now who’s been with me for 35 years. It’s like a big family.”

“Real estate is a community business”

It’s only fitting, then, that the firm was founded and remains based in Narberth, the Main Line borough that’s known for its family-friendly environment and strong community spirit. Duffy says that staying independent enables him to remain a vital part of that community.

“The reason I haven’t sold out or merged is because I like the community aspect of [the business],” he continues. “We give back to the community. The community’s loyal to us and we’re loyal back to them as far as supporting the library and theater groups and sports teams.

“I think it’s important. Real estate is so much a community business and a neighborhood business that you want to make sure that you’re local. A lot of the agents for the larger firms started out with a smaller firm that was bought out by the larger companies. So they still have some neighborhood ties, but the company itself doesn’t give back the way their previous company did, nor the way we give it back. I’m not degrading other companies by any means, but they’re just too big to be involved.” 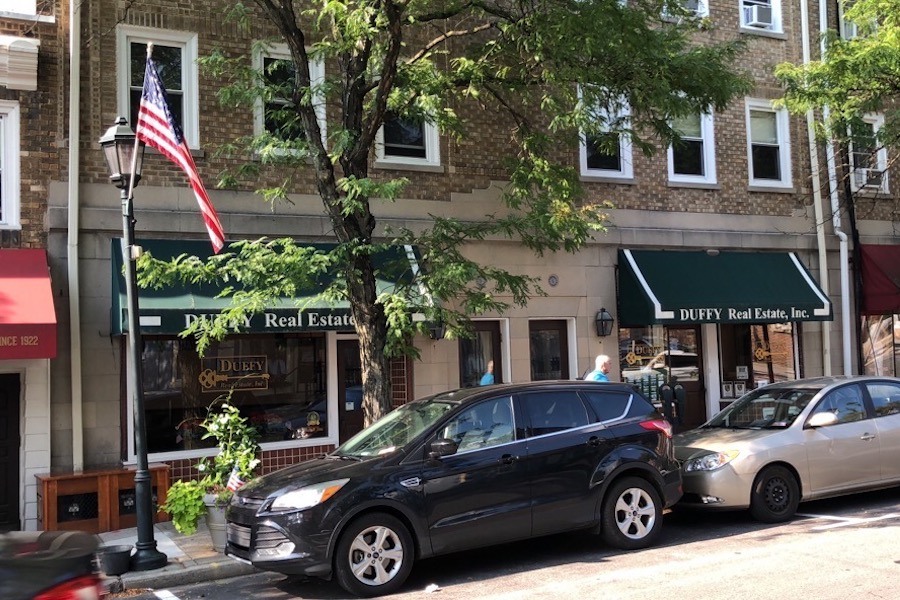 Duffy Real Estate’s main office on Haverford Avenue in downtown Narberth. The firm also has an office in St. Davids.

The real estate business operates much differently now than it did in 1978, Duffy notes. One of the biggest differences is the result of technological change that makes it possible for both agencies and their customers to expand their field of vision.

“We opened that second office [in St. Davids] 25 years ago,” he says. “You had to have a presence there starting out, because if you weren’t in town, you couldn’t get a listing” from a seller there, he says. “We incorporated so we could go beyond Narberth or Bryn Mawr. Now with the Internet and the multiple listing service, we can basically go anywhere in the Commonwealth of Pennsylvania.”

The Internet also makes it possible for buyers to drive the sales process more than they used to thanks to the search engines. In the old days, if you were looking for a house in some other community, your first stop would be to a local agent with access to the local multiple listing service.

“We used to have an MLS book every two weeks,” Duffy says. “And you were forbidden to give that out to anyone. That was our secret information. Then they gave it out to the Internet search engines.”

The move gave buyers more knowledge and thus more power in the search. But it hasn’t made agents unnecessary. In fact, Duffy says, the rise of the Internet has made cooperation between agents more important.

“If you have your home listed for sale,” he says, “the odds are an agent from another agency will be selling your house. Today, we’re marketing as much to other agents as we are to buyers.”

…but contracts quality of service

While that has made life better for the buyer, Duffy says that it’s also made things a little worse in that agents who represent buyers may not provide the level of service those buyers need. “They’re not as involved as they should be in monitoring what their buyers are looking for,” he says. “They should be doing more searching, and they certainly have more access to information than a potential buyer does.”

He also thinks that the rise of the large franchise operations means that the agents don’t get the guidance and backup they need either. “The larger these companies are, the less control they have” over the agents, he says. “The broker involvement is down, and the broker-owner involvement is very, very rare.

“I think it’s so important that if a buyer or a seller or one of my agents has a problem, they have the broker there” to help solve it, he says. And that’s another advantage to independence and local ownership: “If you have a real problem, you can go to the owner of our company. I don’t think Warren Buffett’s going to listen to your problem.”

His doubts about the benefits of search-driven transactions notwithstanding, Duffy has been no slouch in embracing new technology. Duffy Real Estate was an early adopter of virtual tours, and the company now offers clients the option of having virtual reality tours using 3-D helmets as well. In fact, he opines, “virtual tours are a thing of the past now.  For the buyers looking, [they were] too slow. Now they want everything right now. You load them up with 36 pictures and off they go.”

He also takes pride in the high standards his agents follow. “I get compliments all the time about my agents,” he says. “Many times, [other agents] will say, ‘I would rather do a transaction with one of your agents than somebody in my own office because I know that it’s going to be successful.”

Duffy’s children are waiting in the wings to carry on the family business, he says. “And they’re much more well-versed than I was when I was 30 years old.”

When Duffy started out in the business, there were many more well-known independent agencies than there are now. He rattled off some of the names that have been swallowed up by the giants: “Phil Fox sold out from Fox & Lazo. You had Charlie and Bob Roach, Emlen and Wheeler.”

Some advice for would-be independent brokers

Yet he didn’t think there was no room for someone with the right stuff to start their own independent brokerage even now. Here’s the advice he had for anyone considering taking that route: “Your reputation is first and foremost. We tell new agents coming in that it’s going to be a year and a half to two years before you can get up and running starting your own business. In most cases, they have to have at least three years’ experience so they will […] have a good reputation for honesty and ethical behavior.

“You will want to remain cooperative with the other offices and agents. You don’t want to get a reputation as somebody hiding or pocketing their listings or not treating the other agents fairly.

“All you have in this business is your name. And it’s important that you build that name all the way up.”