Is West Philly the New Portland? 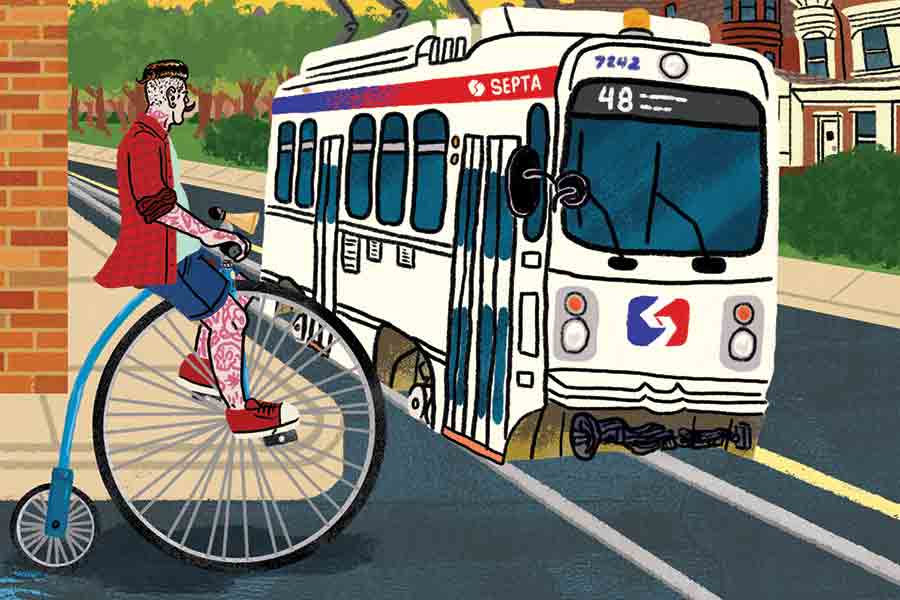 When I moved out West from Philly in 2010, it felt like striking gold. In Portland, Oregon, I found a beautiful city with a sense of community — one where living was affordable enough that I could pursue a writing career. All around me, people had stories to tell, dishes to make, and visions to carve out of Douglas fir. Being in Portland felt like being part of something bigger than the place itself. In the American vernacular, the City of Roses became shorthand for a sort of bespoke artisanal naturalist’s utopia.

But like Brooklyn and Seattle before it, Portland is becoming unaffordable for many of the people who made it attractive — small-business owners, artists, the working class, natives. So there’s a bit of a reverse Oregon Trail thing happening — and for some Portlanders, that trail is leading to West Philly.

It’s not hard to see why, given the neighborhood’s general Portlandia vibe. Bike lanes and public transit make for quick commutes. A lush park in the heart of the neighborhood hosts a farmers’ market and Shakespeare performances. Social activism is rampant. And you can eat a traditional meal from a different country every night of the week. It’s the kind of environment that helped fuel Portland’s popularity.

“West Philly’s having a moment,” says Kelsey Thomas, who moved to Philly from Portland in 2015 for her journalism career, then to West Philly in February. She has since joined the local food co-op, become a regular at Ethiopian restaurant Abyssinia, and carved out favorite running routes in Clark Park and the Woodlands. She knows most of her neighbors, and their dogs, by name.

“Here, people make great use of the green space,” says Sasha Brown, a Lehigh Valley native who moved to Portland in 2010 and here last year to attend grad school. “There’s a lot of activism and values that feel similar to Portland, but there’s still that neighborhood feel.” Her partner, Nicholas Clark, likens their Cedar Park neighborhood to the Portland of his youth.

Exactly how many Oregonians have transplanted themselves to West Philly in recent years is hard to say, but the number of 20-to-34-year-old residents in the two-and-a-half-square-mile section known as University City has increased by 13 percent since 2000, per University City District data. Students can only account for so much of that. It seems clear that West Philly is becoming more appealing to young people looking for a particular lifestyle — one that Portland historically represented.

Not surprisingly, the influx of Portlanders is only serving to make West Philly even more Portland-like. Ray Rachlin of Refuge Midwifery moved to West Philly after seeing an opportunity to use lessons learned in Portland to develop a similar practice here.

“Portland has an abundance of natural health resources,” Rachlin says. “While there are some of the same cultural elements here, there aren’t as many services.” Rachlin will open an office at 42nd and Chestnut this month and serve queer and transgender families in the Philadelphia area.

West Philly could indeed be on the verge of a really cool moment. But we should remember what’s made it attractive in the first place. In Portland, that’s called “keeping it weird.” We don’t yet have a slogan for what makes West Philly an interesting place. Given Portland’s soaring cost of living, maybe that’s for the best.

Published as “Is West Philly the New Portland?” in the September 2018 issue of Philadelphia magazine.