So: what features account for price differences between similar homes in a new development? These two units in the same high-end project just off Rittenhouse Square give us a chance to look at that question. 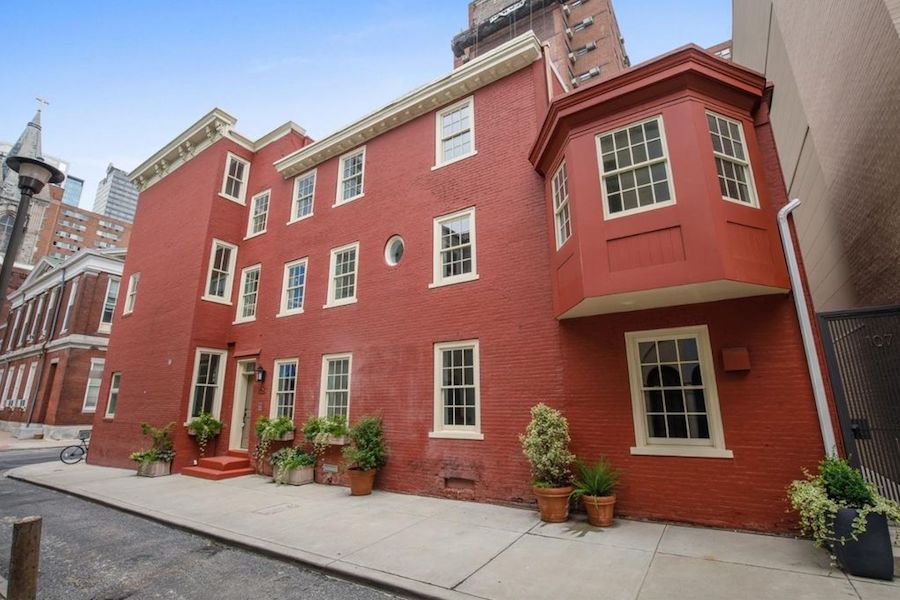 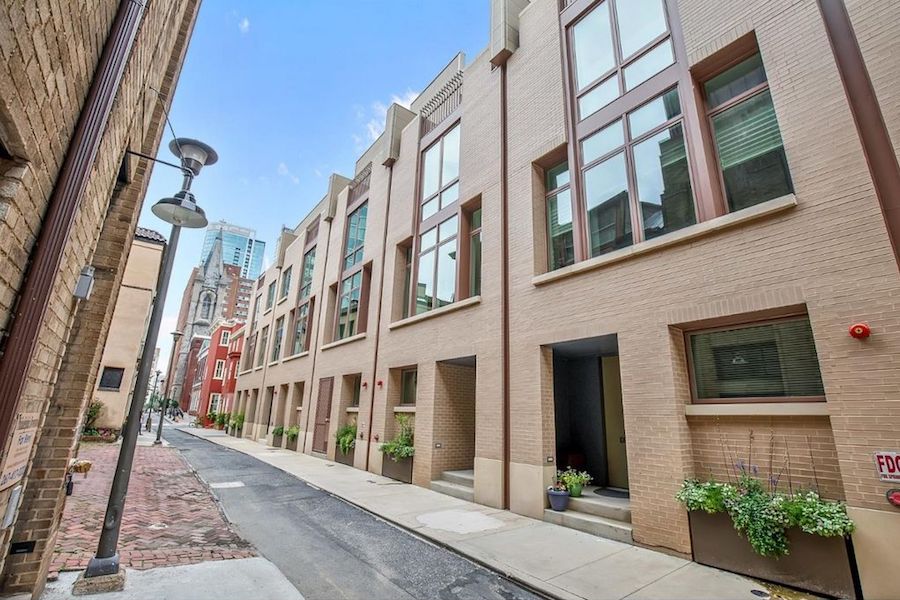 The mass customizers are specialists at churning out dozens of virtually identical new homes in their developments. Such homes are usually identical or nearly so in price. Such differences as occur often depend on matters such as number of bedrooms, optional features, or total square footage.

In this case, we’re dealing with something different: not mass customization but a large-scale development of custom-designed and -built homes for unspecified buyers. Architect Cecil Baker and the developer of Van Pelt Mews are in effect taking a flyer here: they’re designing and equipping homes with identical, or nearly identical, fixtures, fittings and features and hoping that buyers will find what they’re offering suitably appealing.

(To refresh your memory about this project, here’s our tour of one of the other units as it was nearing completion.) 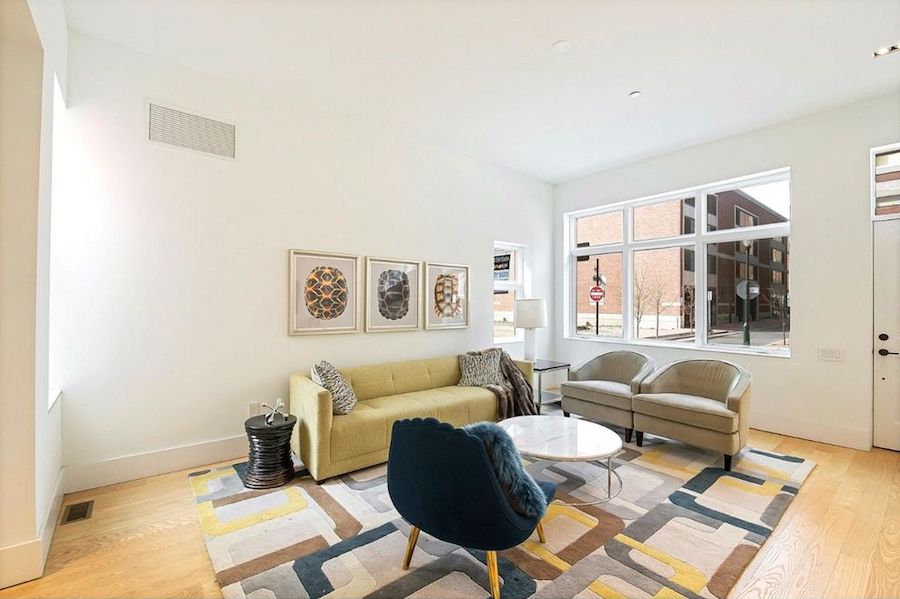 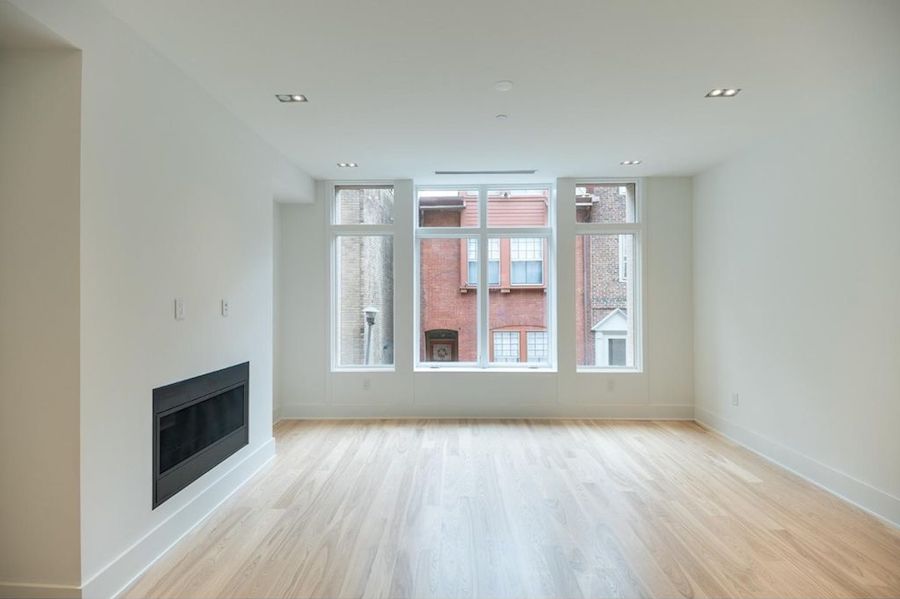 Two units at opposite ends of this development are now on the market. They differ in their sale prices by a cool $700,000. What might account for this difference? Let’s make some educated guesses. 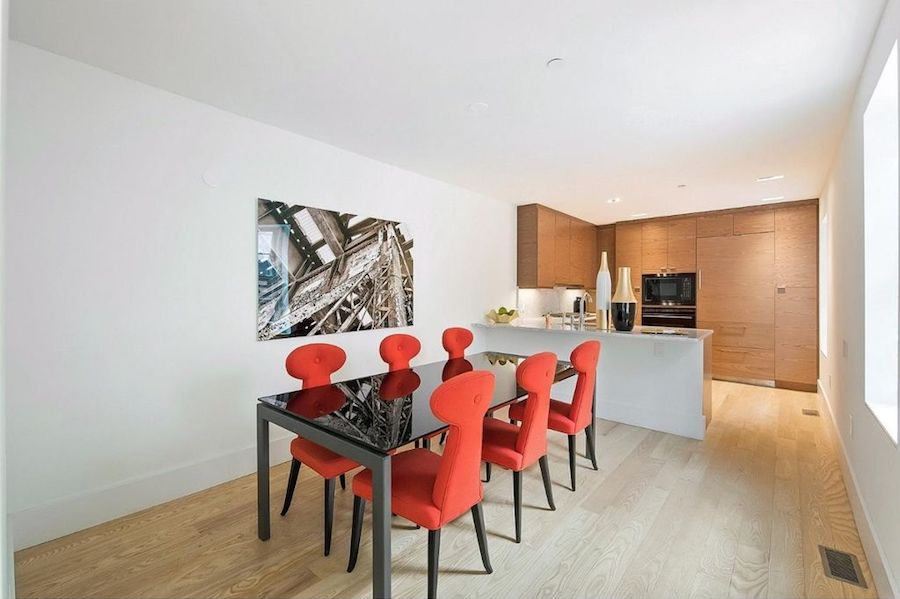 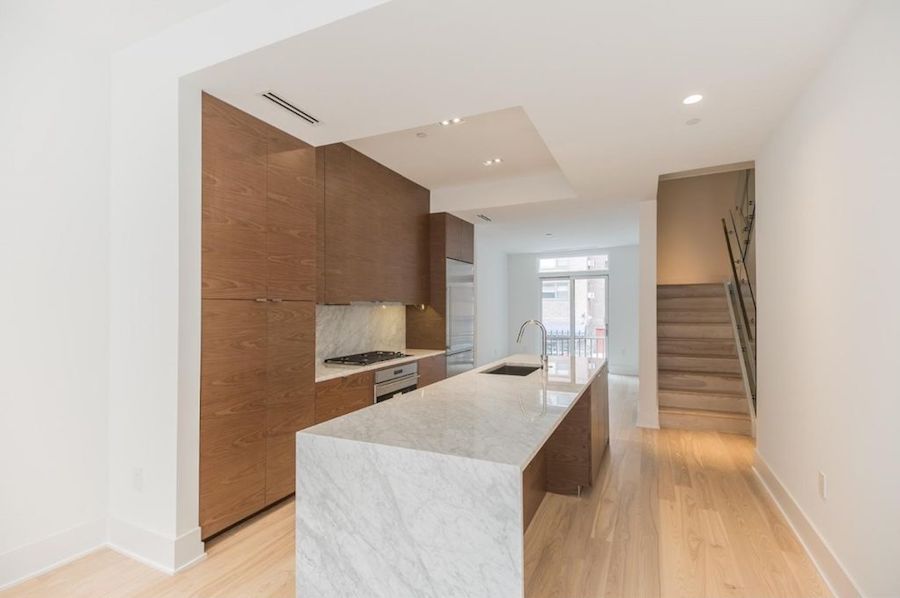 Both have three bedrooms and a den, three full bathrooms and a half bath. The higher-priced home, however, contains 813 more square feet of interior space than the lower-priced one. 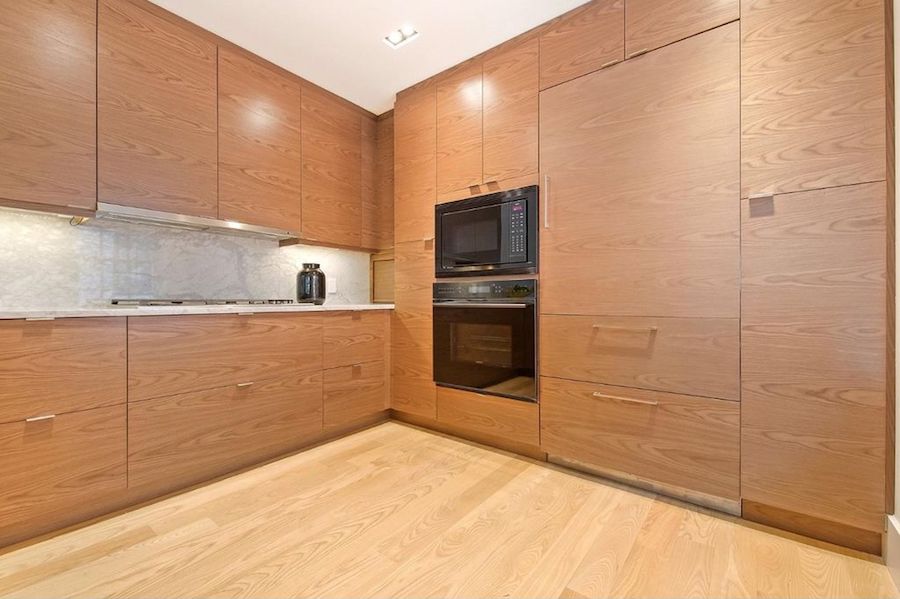 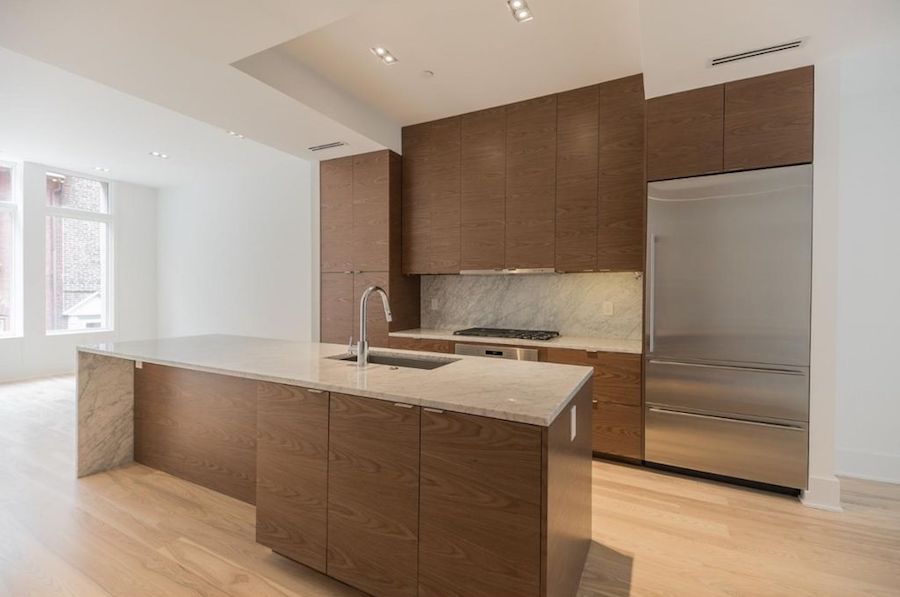 Both feature the same array of high-end appliances and plumbing fixtures: Wolf ranges and ovens and Sub-Zero refrigerators in their kitchens. Toto toilets in their bathrooms, including tankless models with wall-mounted flush controls in the en-suite master bathrooms. 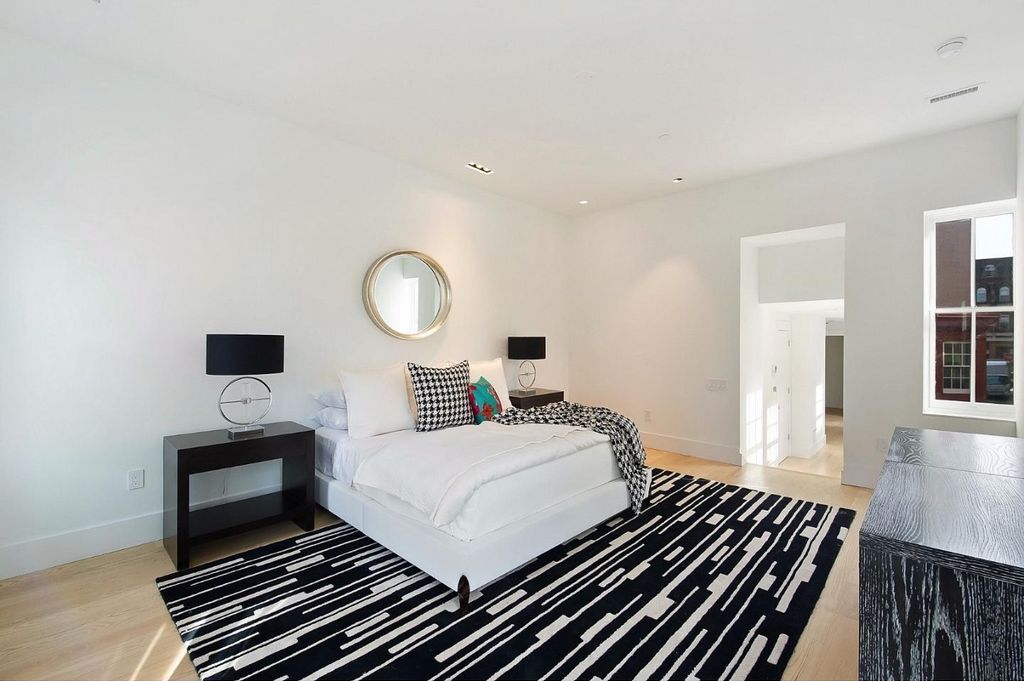 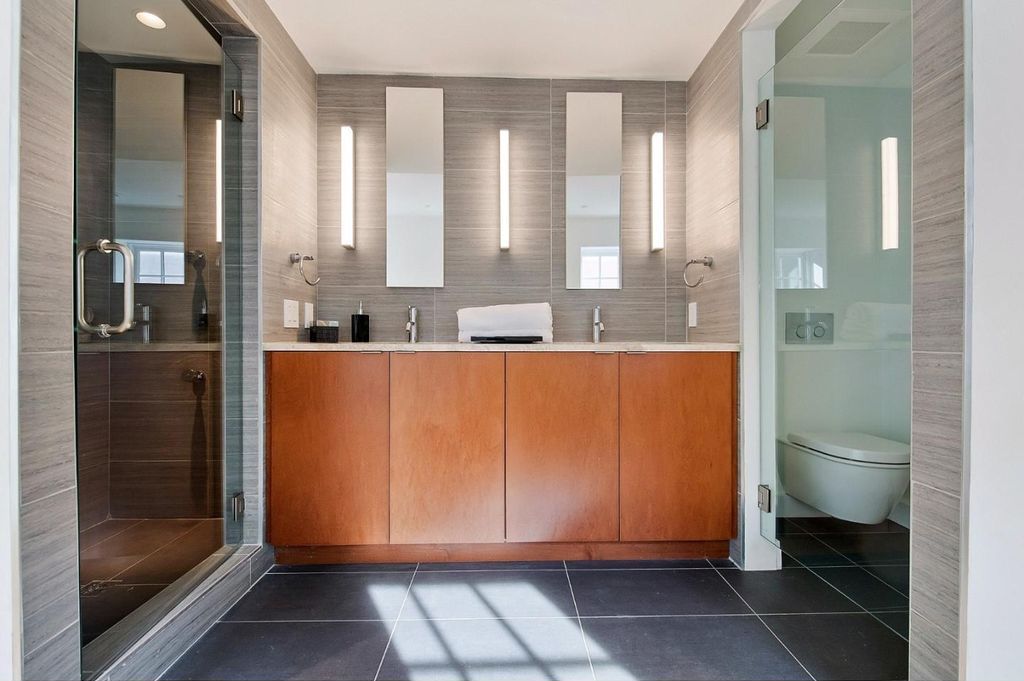 But there are some substantial differences.

The lower-priced one is one of three homes created out of an existing 19th-century townhouse and carriage house on the project site; this unit occupies all of the townhouse. It has three stories. 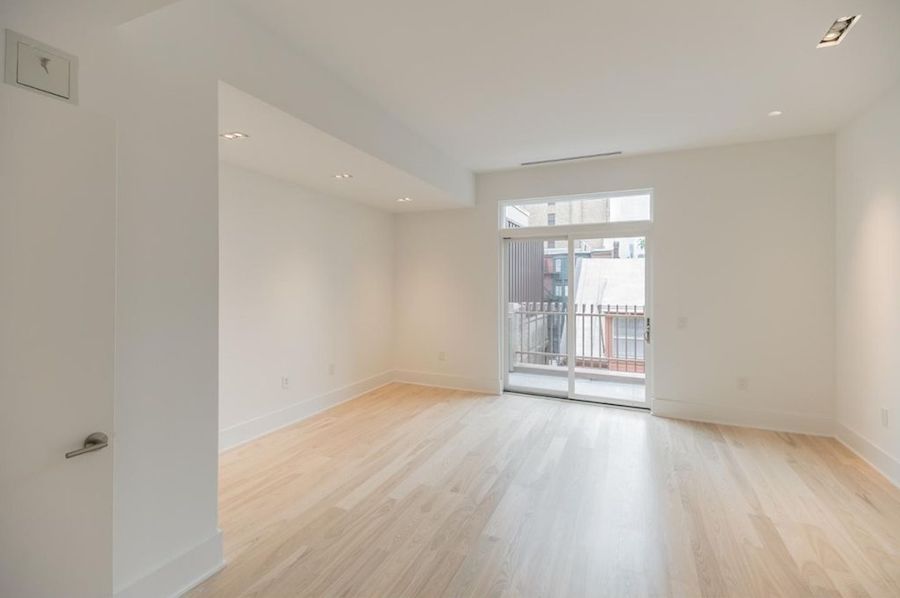 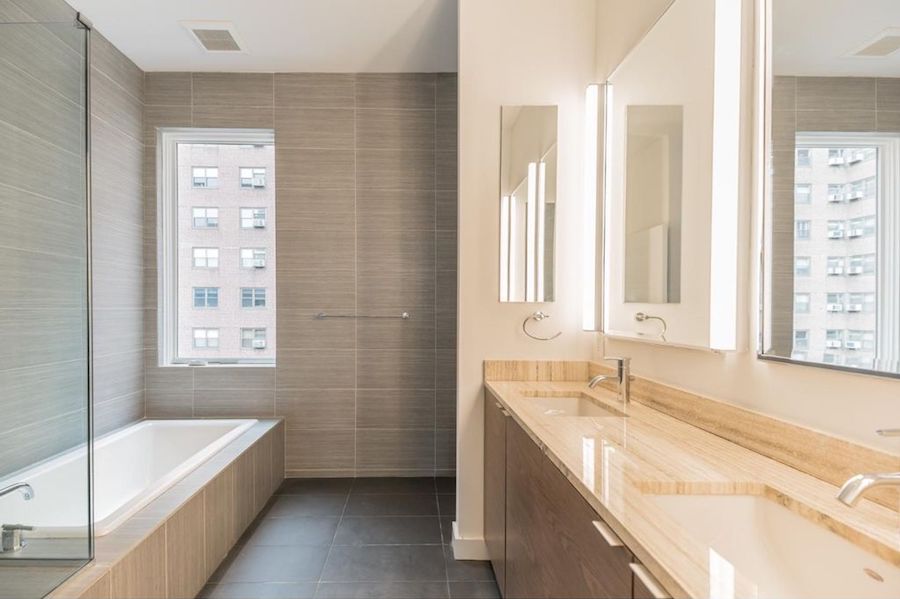 The higher-priced one is one of the nine new-from-the-ground-up townhouses. It has four floors, a roof deck and a finished basement. Its living room has a gas fireplace and its master bedroom has a private balcony, both features not found in the restored unit. 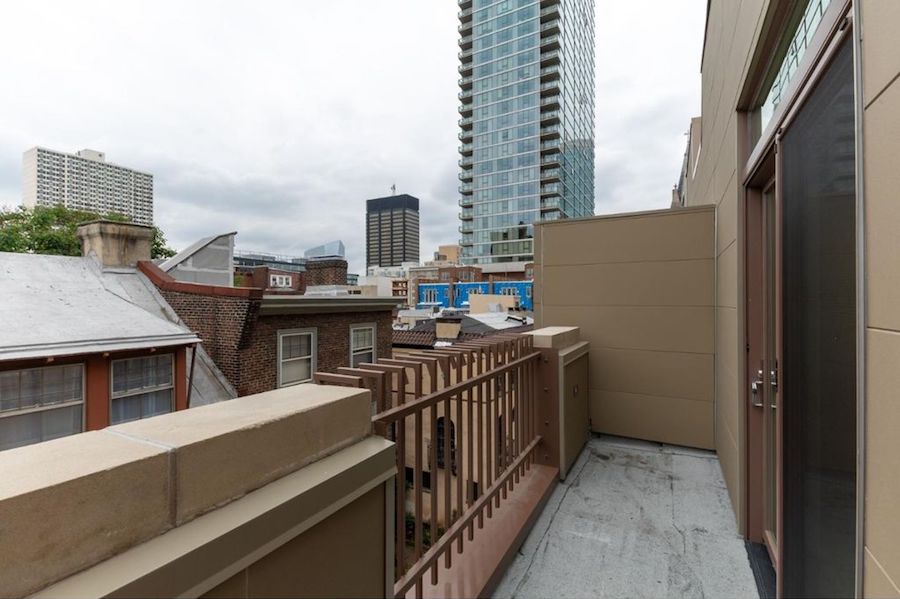 Like the other all-new homes in Van Pelt Mews, this one has an elevator and garage parking for one car. The restored townhouse is the one unit in the development that does not include a parking space. (As the block has a Walk Score of 99, a Transit Score of 100 and a Bike Score of 98, this should not be considered a defect. Besides, people living in city homes pay for parking in one way or another: either included parking bundled into the sale price, spaces in nearby garages or residential parking permits that exempt you from time limits for on-street spaces. That last option, however, merely gives you a ticket for the on-street parking-space lottery.) 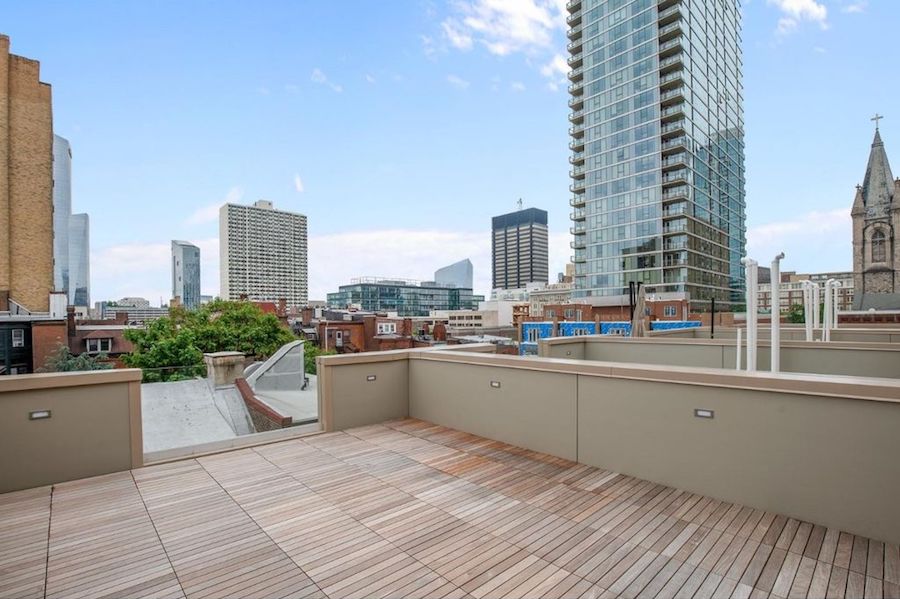 The other thing both units share is a fantastic location. A slew of fine restaurants and shops lie just around the corner on Walnut Street, and there are a couple of delis, a few casual restaurants and other neighborhood retail on nearby 21st and Chestnut streets. Boutique shopping on Rittenhouse Row, the West Market office canyon and Rittenhouse Square itself are all a short walk away, as are 30th Street Station and the Penn and Drexel campuses.

OTHER STUFF (both units): All 10 years of the property tax abatement will be available to you upon purchase.