Conestoga High in the Tredyffrin-Easttown district kicked longtime No. 1 Masterman down a notch this year. Niche ranked the district itself fourth-best in the nation; two other Main Line districts made the top 20. 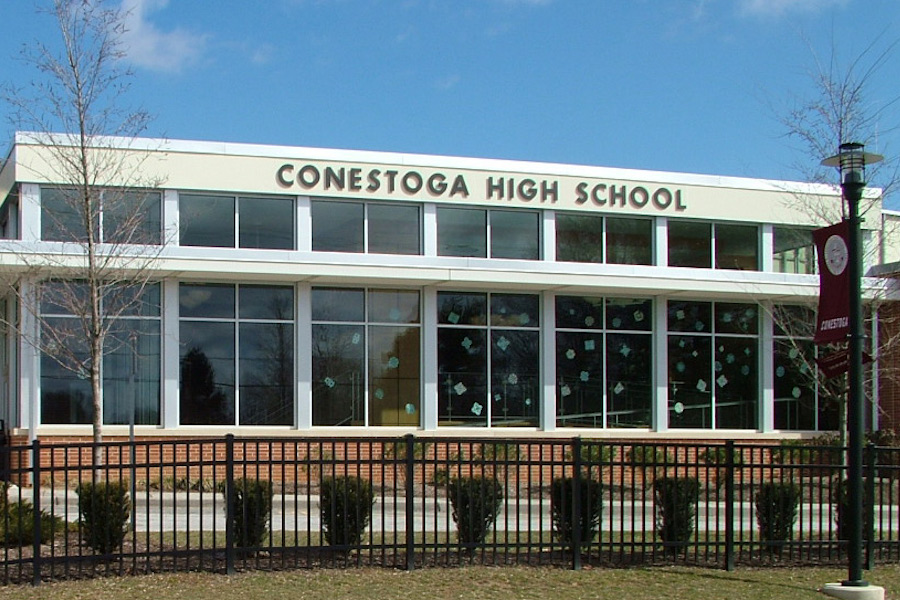 For as long as we’ve been tracking Niche.com’s annual report cards on the quality of our region’s schools, two things have been certain:

One of those certainties remains true with the release of this year’s rankings. The other one was upended when the No. 1 and No. 2 high schools in the state traded places. This year, Conestoga High School in Berwyn, the Tredyffrin-Easttown School District’s one high school, edged out Masterman for the top honor.

Both received overall grades of A-plus from Niche. Both also got A-plus grades in four categories: academics, teachers, college prep and health and safety. Masterman’s A-plus diversity score topped Conestoga’s B, but Conestoga also got A-plus grades for clubs and activities and sports and A grades for administration and food. Masterman received an A-minus for administration, a B for food, a C-plus for sports, a C for clubs and activities and a C-minus for facilities and resources.

The district containing Conestoga received an even higher honor, though: Niche.com ranked T-E No. 4 out of 10,758 school districts it assessed nationwide. (Conestoga High ranked 24th among high schools nationwide.)

As in prior years, school districts in the Southeast dominated the statewide rankings of school districts, and the top-ranking ones also made the national top 25. The local school district Top 10 honor roll, with state ranking and national ranking for those in the top 50:

All the districts received overall A-plus grades from Niche.

Those interested in educating their children in diverse school environments might note that the Wissahickon district’s A-minus was the top grade in that category among the ten; T-E, Radnor Township and Wallingford-Swarthmore got B grades. None were among the 25 most diverse districts in the state, a list dominated by school districts in more polyglot communities such as Upper Darby (the No. 1 most diverse district in the state), Coatesville (No. 2) and Bensalem (No. 3).

Niche.com, based in Pittsburgh, arrives at its K-12 school grades and rankings by combining data on graduation rates and test scores from the U.S. Department of Education, the Common Core of Data figures on school districts nationwide from the National Center for Education Statistics, and data on specialized programs, education access and equity from the Education Department’s Civil Rights Data Collection with surveys taken by millions of parents, students and alumni on Niche.com. Letter grades in multiple categories are assigned based on the user feedback and data sets.