New Homes Rise by the River in East Falls

Nowhere else will buyers have the chance to own a home hard by the banks of the Schuylkill and amidst the greenery of Fairmount Park. 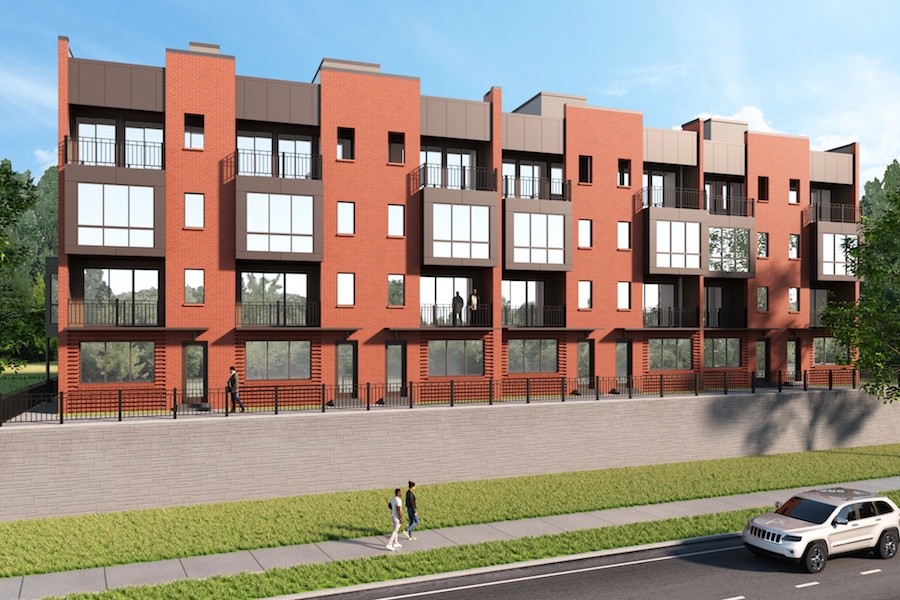 The Overlook, as viewed from Kelly Drive. | Renderings: Designblendz via HOW Properties

Now making their way towards completion by the banks of the Schuylkill in East Falls: 13 modern townhomes on a plot of land that’s right up against Kelly Drive in Fairmount Park.

All 13 will offer a never-again opportunity for buyers to have an unmatched view of the Schuylkill, up close and personal.

The project, called The Overlook, is designed by Harman Deutsch Architecture and being built by local developer HOW Properties. Each of the 13 four-story townhomes will have three bedrooms, three and a half bathrooms, two-car garages and balconies and roof decks with clear views of the Fairmount Park river drives and the river itself.

HOW Properties CEO Gary Jonas is enthusiastic about the project, its location and its price point, needless to say.

“I look at East Falls as this neighborhood between Fairmount and Manayunk that’s not getting the attention it deserves,” he says. “If I had to pick a neighborhood to live in [choosing] between Manayunk and East Falls, I’d pick East Falls, because it’s 15 minutes faster getting into the city.” 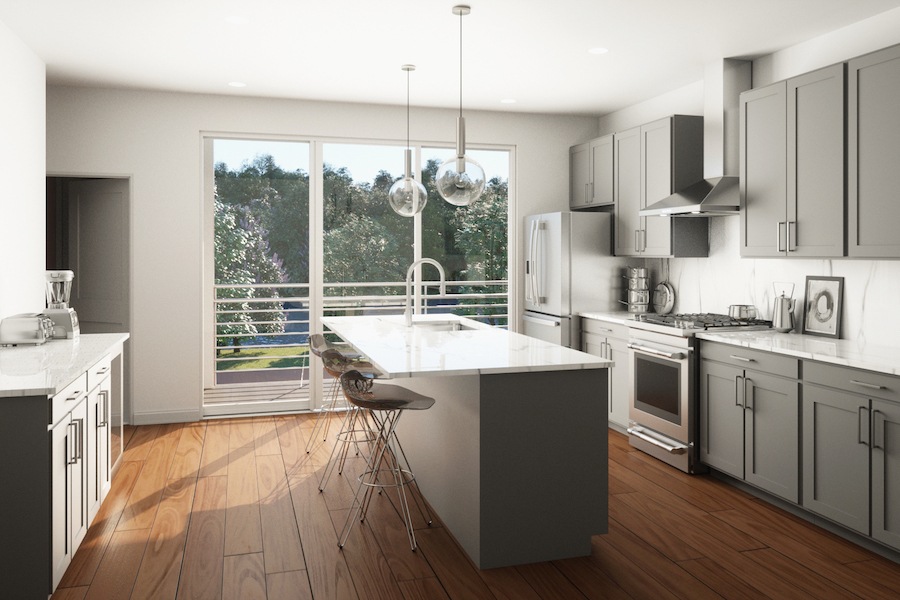 One of the optional kitchen finishes.

And that’s not all: the site has captured his fancy. “I’ve fallen in love with the river drives,” he says. “Being a biker and a runner, I’m motivated to be outside, being healthy and enjoying the city as opposed to being cooped up in my house.”

Jonas notes that this development is also close to two SEPTA Regional Rail stations and a major Schuylkill Expressway interchange that’s usually less clogged than the ones immediately on either side of it. “It’s close to Manayunk, and it’s close to Fairmount, and you can bike to both,” he says. “If you have someone who [works] in the suburbs and someone who has to be in the city [in one household], you’re both right there, and if you have to drive, you save at least 15 minutes” by getting on at the nearby City Avenue interchange.

Work on the development started in October of last year but stopped shortly after work began when some groups approached HOW about adding commercial space to the project. After meeting with East Falls residents to gauge their interest in a mixed-use alternative, he says, “we determined that the townhouses were our highest and best use.” 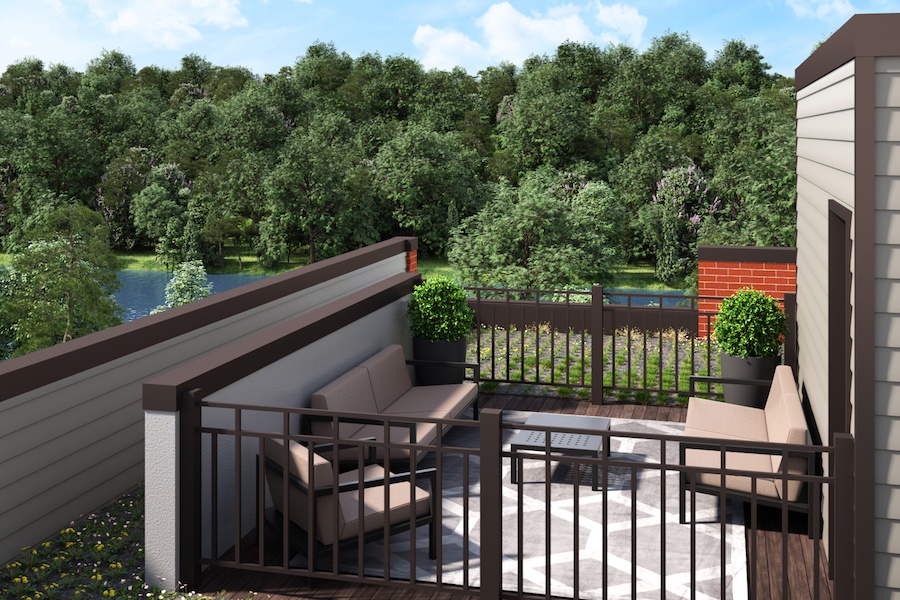 The view from the roof deck.

Another point of pride for Jonas is the price point. “Most of the quality new construction in the city [now] sells for $850,000 and up,” he says. “When you have the opportunity to be at $699,000 and have a waterfront view, we figured this would be a home run for us, and that’s when we changed our plans.”

Jonas also had kind words for those neighbors who gave him feedback. “To have a community that embraces and welcomes what you’re doing in the neighborhood is a great thing,” he says. “A lot of people don’t want development in their neighborhoods, but the people here are supportive of this project.”

HOW hopes to deliver the first units in this first phase of the project in August and September. All 13 should be finished by the end of the year. A planned second phase will contain eight to 10 additional units; how and when that phase will proceed will depend on how quickly the Phase I units sell.