Docomomo US gives top honors to a 17-month project that brought the Eero Saarinen dormitory into the 21st century. 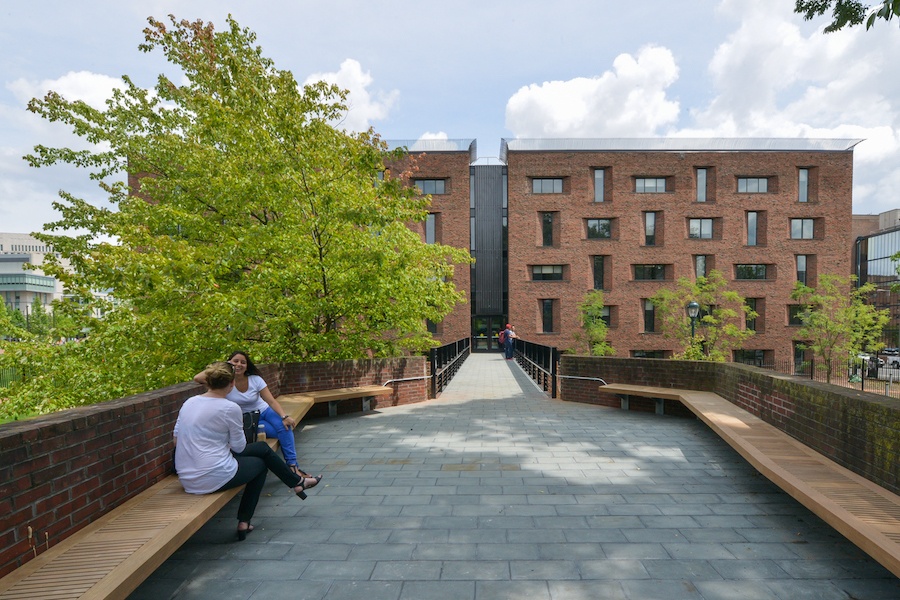 One of the most iconic buildings on Penn’s campus has been hiding in plain sight since 1960. That’s no longer the case now that it’s been honored with an award that recognizes the work that restored it to better-than-new condition: The preservation advocacy group Docomomo US gave an Award of Excellence in the Civic/Institutional Design category to the restoration of Hill College House as part of its annual Modernism in America Awards.

The award recognizes the results of a 15-month, $80 million renovation that concluded when Hill reopened its doors to undergrads in August 2017.

This is the first major renovation performed at Hill College House since its opening 58 years ago. The modernist structure realizes Finnish architect Eero Saarinen’s vision of a building that was also “a self-sufficient village.” The five-story, 195,000-square-foot brick residence hall was the first dormitory for women on Penn’s campus.

But after a good 50-year run, Hill College House needed some internal updates. The renovation project’s design team was able to maintain the spirit of Saarinen’s original creation by using the architect’s archival records to understand his original vision and integrate modern building technology into it. The project qualified for LEED Gold certification. 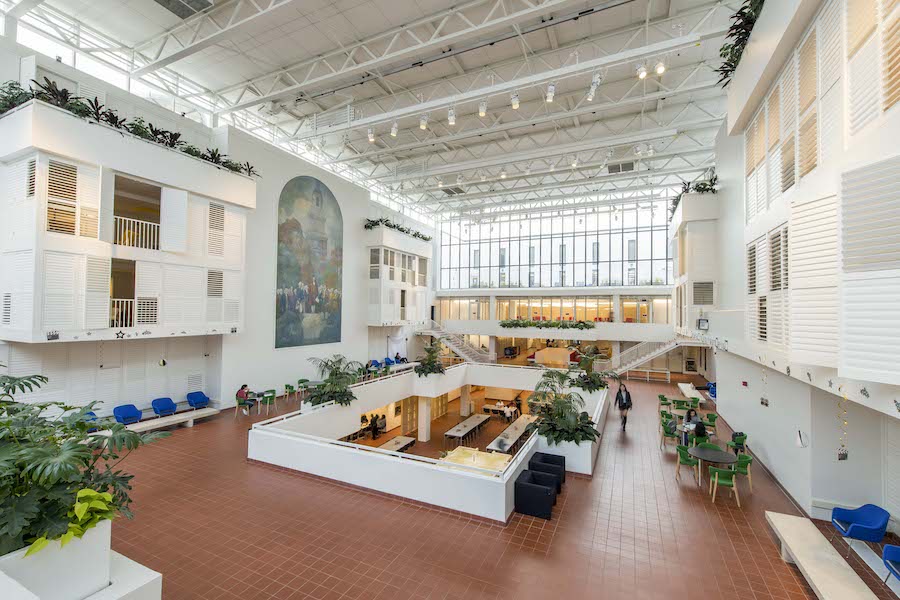 The project team used Saarinen’s own archived documents to update the building’s systems and expand its facilities while remaining true to the architect’s vision.

“This project highlights the commitment to restore a beautiful but overlooked campus structure and honors the lasting values found in modern architecture,” the Docomomo jury stated in its award. “The work accomplished by the design team not only respects the original vision but also addresses the needs of students today, improving functionality and gaining a LEED certification — Saarinen for the 21st century.”

Docomomo US is the American branch of an international non-profit organization that advocates for the documentation and conservation of buildings from the modern design movement. The Modernism in America Awards were created to recognize significant modernist buildings and the restoration done to maintain them. Docomomo US President Theodore Prudon said in a news release, “By recognizing the important design and preservation work being done around the country that often is overlooked, the Modernism in America Awards program is bringing further awareness to the substantial contribution that preservation in general — and the postwar heritage in particular — makes to the economic and cultural life of our communities.”

The project brought together several of this region’s heavy hitters. Princeton, N.J.-based Mills + Schnoering Architects, LLC, served as project architect. Floss Barber Inc. handled the interior design and OLIN the landscape architecture. INTECH was the project’s construction manager and Penoni did the civil engineering work; all of these firms are based in Philadelphia. The award citation on the Docomomo US website lists all of the parties responsible for bringing this project to fruition.

Hill College House is one of seven Award of Excellence recipients for design, documentation, and advocacy this year; the Award of Excellence is the highest annual honor Docomomo US bestows. The awards will be formally presented at a ceremony in New York on June 20.