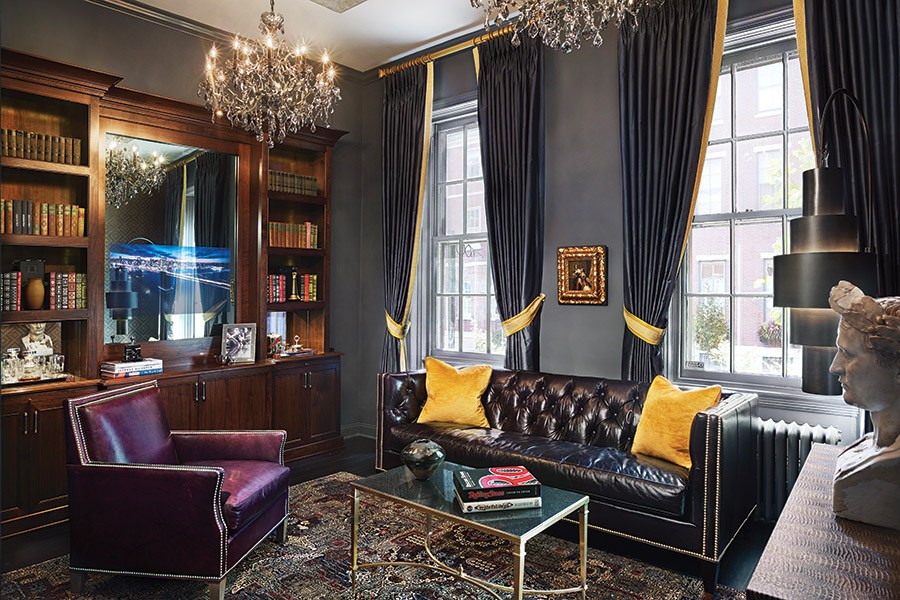 Library: Accessible via the master bedroom, the former office was reimagined with black crystal Restoration Hardware chandeliers, leather seating and an Oriental rug, to reflect the clients’ upscale tastes. A massive built-in houses a TV behind the mirror. Photography courtesy of Halkin Mason

Leslie Hayes knows she’s only as good as her clients allow her to be. So when her eponymous interior design firm was hired by a couple in April 2015 to redesign their new Pine Street place — a sprawling two-level condo in a 118-year-old building — she was hopeful they would be down for a total overhaul. And they were.

The pair — he’s a banker; she’s a model — wanted to transform the outdated property into a sophisticated residence with a modern vibe. “They knew we were going to gut it,” Hayes says. “I can’t say there was much that wasn’t fixed. It had been renovated before, but not well.”

Hayes got to work reconfiguring entire rooms — walls were changed in the master bath, shifted in the laundry room, and added to the lower level to create an additional bedroom. The uneven floors were leveled with ebony-stained oak, and molding had to be realigned with the ceiling. After the renovation, Hayes brought the new layout to life with rich, saturated colors — purples, blues, reds, golds — and intense textured fabrics.

It was the couple’s perfect forever home, if only they had stayed in Philadelphia forever. As fate would have it, about six months after the remodel wrapped in late 2016, they relocated to Miami for a new job opportunity. But it was a quick sell: New owners put down roots a few months later. 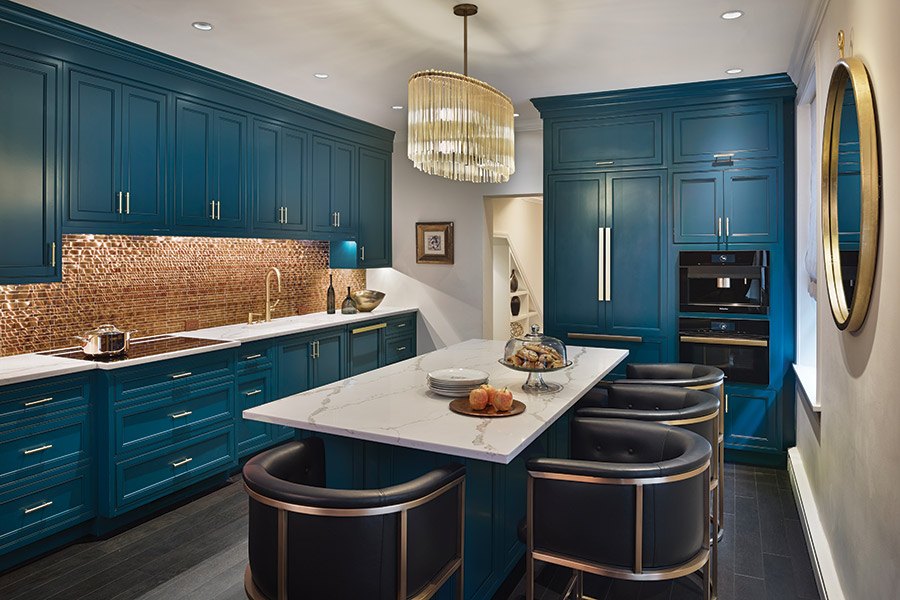 Kitchen: Everything in the deep blue cooking space is brand-new — including the cabinetry. Hayes selected the fringed, oversize chandelier for its “glam effect,” but it also complements the copper backsplash from Daltile. 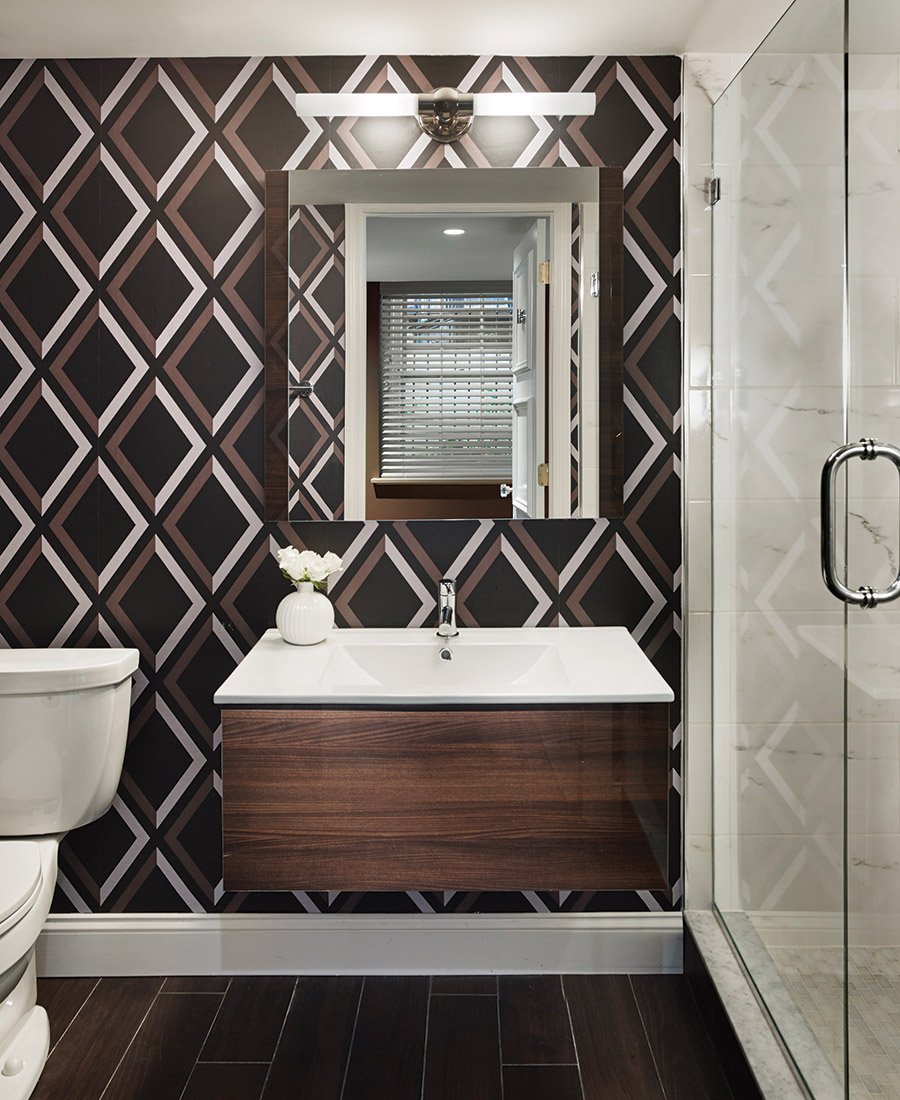 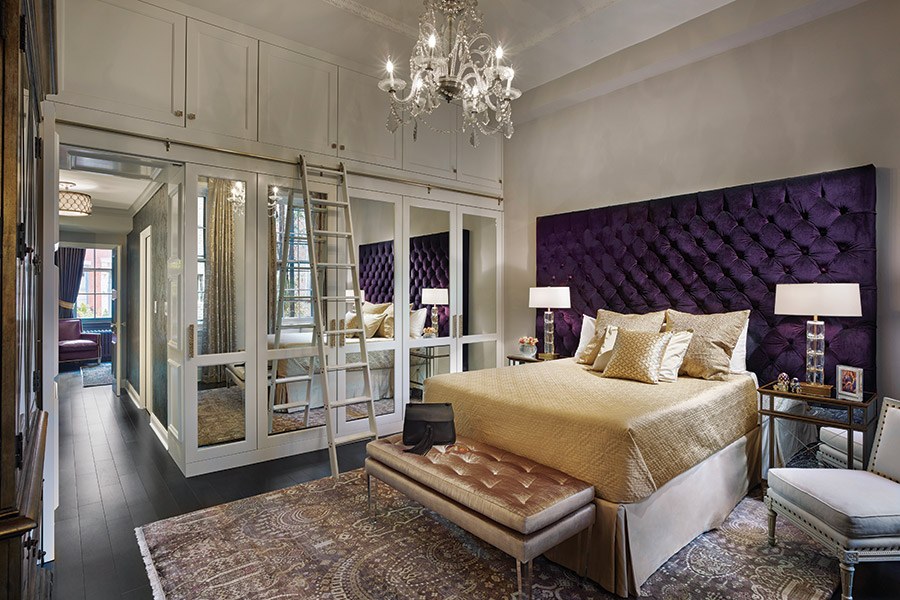 Master bedroom: The built-in wall-length closet was custom-made and adorned with mirrors. A gliding ladder provides easy access to additional storage space above.

Published as “Habitat: Majestic Digs” in the May 2018 issue of Philadelphia magazine.