The new luxury hotel will be the highest in the city. Four Seasons has chosen a veteran of their old facility on Logan Square to run it. 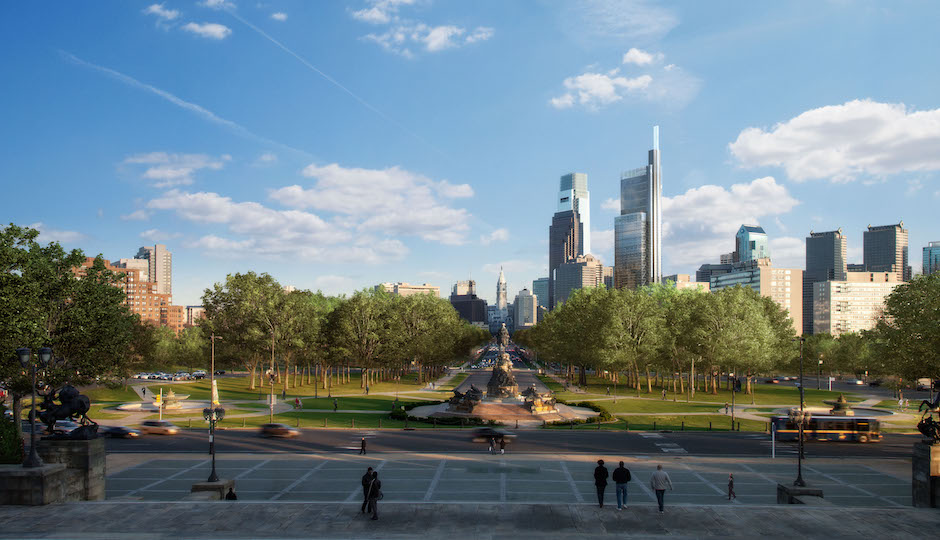 The new Comcast Technology Center (to the right of the Comcast Center) will include the highest hotel in Philadelphia when the new Four Seasons opens on its top floors in 2018. | Rendering: DBOX for Foster + Partners

Come 2018, Philly visitors and staycationers will get to rise above it all like never before when the new Four Seasons Hotel Philadelphia opens atop the Comcast Technology Center.

And when they visit, a seasoned Four Seasons pro who got his start here will be in charge of making sure their stay is first-class from start to end. 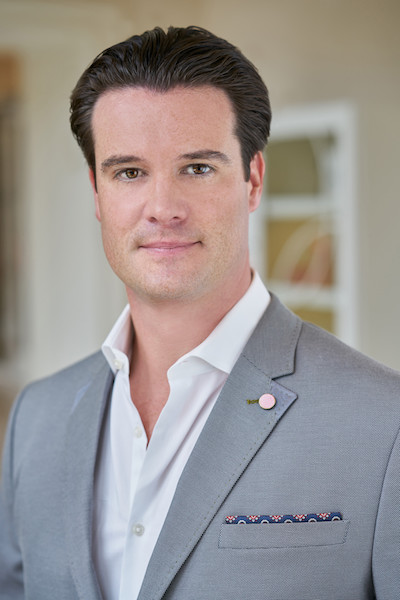 “For more than 30 years, Four Seasons was a vibrant part of the Philadelphia community, and I’m thrilled to be returning home and to have the opportunity to personally welcome back local guests and visitors,” Shank said in a news release. “Four Seasons Hotel Philadelphia at Comcast Center will once again become the living room of this incredible city, offering a contemporary backdrop for Philadelphia’s most celebrated dining and high-profile events, as well as a jumping-off point for travelers looking to experience the best of Philadelphia. The new hotel will be a reason to visit the city in and of itself.”

Occupying the 48th through 60th floors of the new Comcast tower, the hotel will boast 217 modern guest rooms, 38 of them suites, with views of the city topped only by those from the 60th-floor restaurant. Designed by Foster + Partners, the hotel will also have a restaurant on the ground floor of the building as well as meeting and event spaces, a luxury spa and salon, and an indoor pool. The renderings below offer a glimpse of what’s to come.

“Ben embodies the values of Four Seasons, and throughout his career has demonstrated an unwavering commitment to creating the best experiences for our guests,” Vince Parrotta, president of Four Seasons Hotels and Resorts’ Hotel Operations – Americas unit, said in the same release. “Our vision for this new Philadelphia hotel is to create something truly unique and world-class, and I can’t think of a better person to bring that vision to life than Ben.”

A GIimpse of the Future Four Seasons 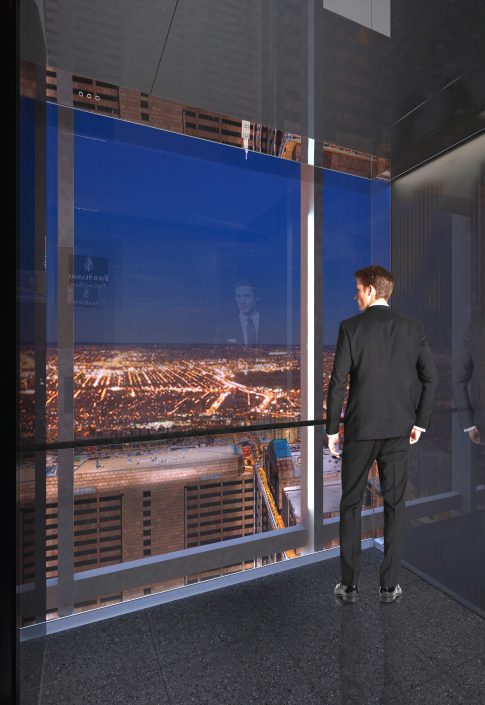 The view from the express elevator to the 60th-floor restaurant. | Renderings: Foster + Partners 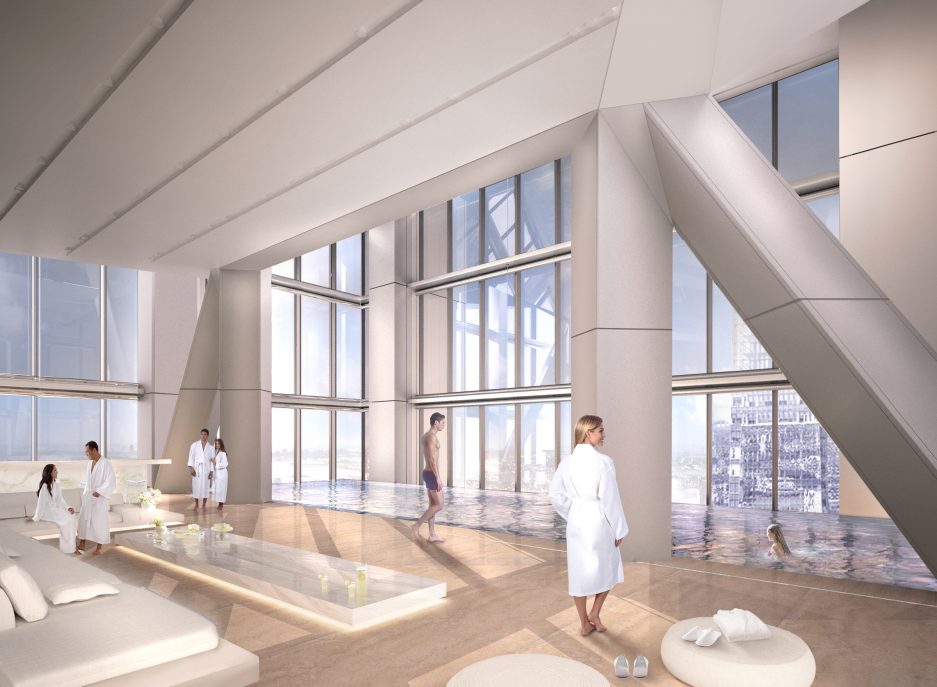 The indoor spa and pool. 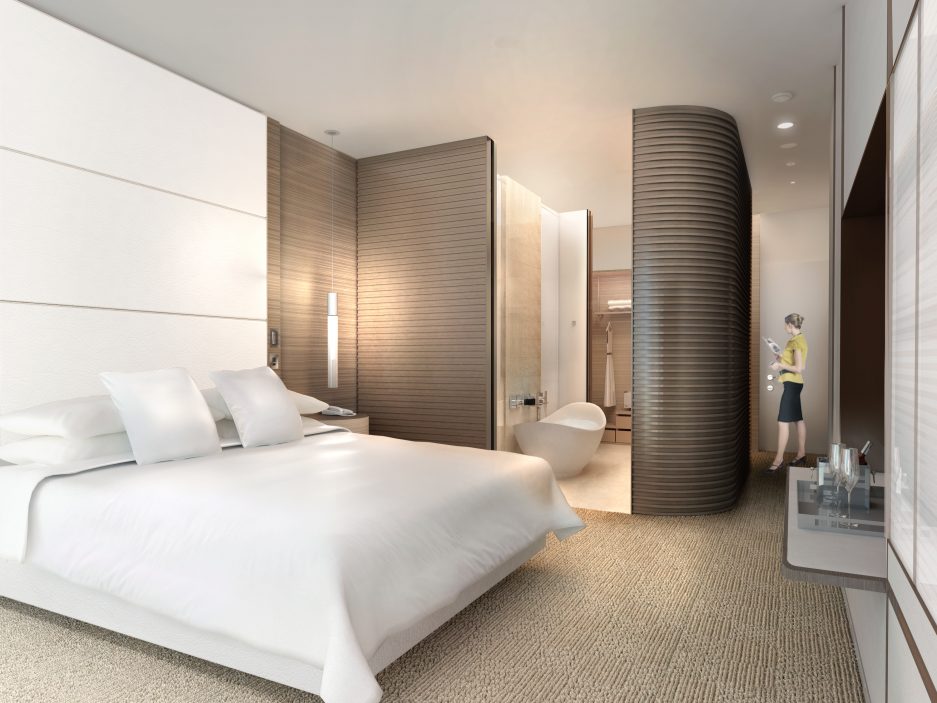 A view of the interior of a guest room. 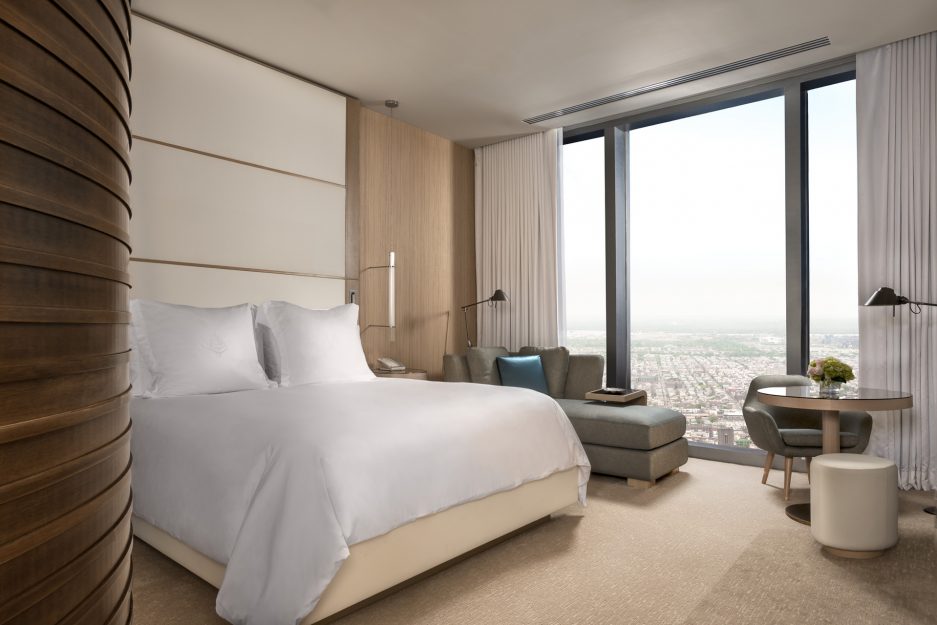 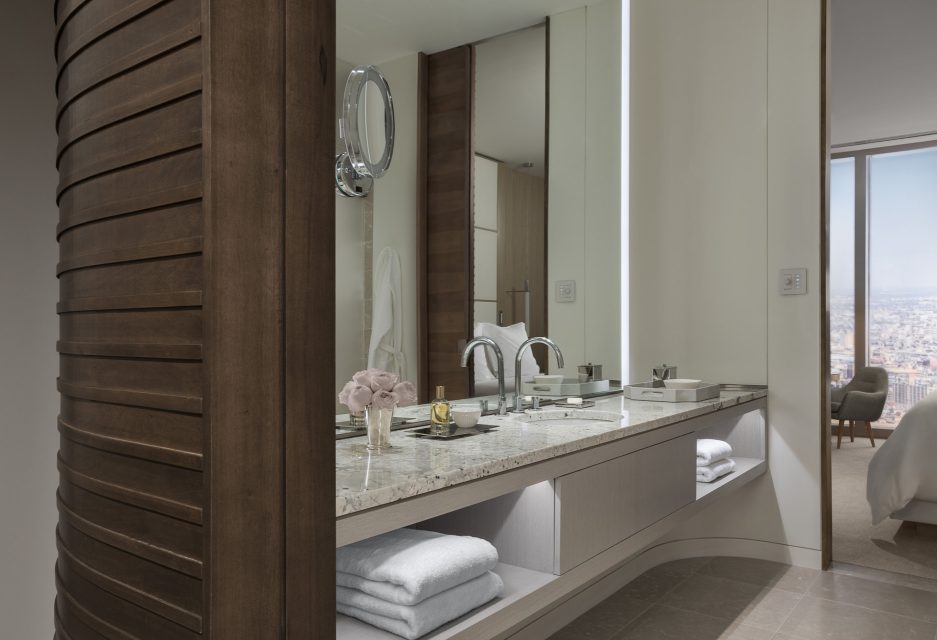 The vanity in a guest room bath.