Proceeds from a $100 million bond issue will allow low- and middle-income homeowners to get help bringing their homes back up to snuff faster. 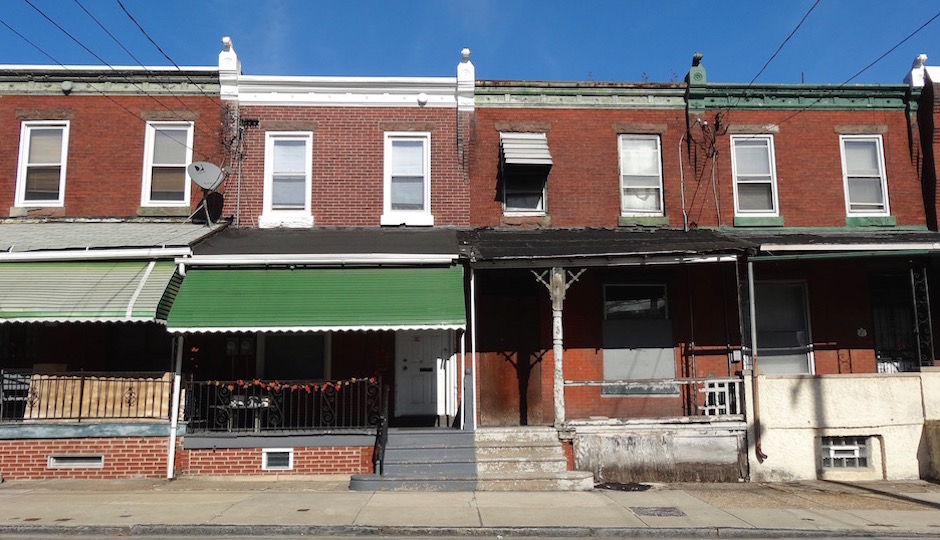 Owners of homes like these who have applied for city assistance with repairs will get help faster thanks to a new city initiative being announced today. | Photo: Liz Spikol

This afternoon, in front of a modest rowhome in Olney, Mayor Jim Kenney, City Council President Darrell Clarke, City Council member Cherelle Parker (D-9th District) and housing and community development leaders from the nonprofit and private sector will take a symbolic first step in what will be a massive repair job: helping the city’s low- and middle-income homeowners keep their homes both affordable and habitable.

The assembled dignitaries will announce a $100 million initiative, the bulk of which is dedicated to clearing up a three- to five-year backlog of requests for assistance with home repairs under an existing city program that helps low-income homeowners with maintenance and repairs.

The program is designed to help prevent homelessness and displacement, preserve and stabilize city neighborhoods, and provide jobs for the city’s small builders and contractors.

According to a news release from Clarke’s office, more than 7,000 requests for assistance have piled up over the past few years.

“This program goes back 20 years,” Clarke said in an interview. “It was a basic systems repair program funded by Federal Community Development Block Grant money, and as a result, it imposed income limits. But there was always a shortage” of money to hand out for repairs “because there was more need than there were resources.

“Sometimes, by the time we got to a request, the owner may have moved because the house was no longer in livable condition.”

Such moves add to the city’s stock of abandoned property and turn neighborhoods with a possible future into neighborhoods in decline.

“Many people moved into these parts of Philadelphia hoping these would remain neighborhoods of choice,” Clarke said about the areas where most of the backlog comes from — neighborhoods like Logan, Olney, Tioga and Nicetown. “But they declined because owners could not keep up with the necessary maintenance.

“We want to act aggressively to get these much-needed resources to the people who have waited for so long. We don’t want to have people to reach the point where they have to move because their property is no longer up to code.”

Clarke noted that this initiative, paid for by a one-tenth percent increase in the city’s real estate transfer tax approved by Council and signed into law by then-Mayor Michael Nutter last December, will help not only homeowners but also the neighborhoods they live in and the city’s construction industry.

“We estimate this initiative will create 1,000 new jobs and have $60 to $70 million in economic impact,” Clarke said. “This program has also traditionally utilized small contractors that don’t get to bid on city projects. And more than 50 percent of these companies are minority- and women-owned.”

The repairs will also help the city advance its energy-efficiency goals. “The energy savings on these retrofits will save significant amounts for the homeowner,” Clarke said.

The $100 million will also finance a new revolving loan fund that will assist moderate-income homeowners with incomes too high to qualify for the grant program with ultra-low-interest repair and maintenance loans.

Clarke pointed out that most of the people the loan program will help are people who kept up their homes diligently over the years but can no longer do so due to changed life circumstances such as retirement. “These are people who have been [in their homes for decades], but under these circumstances, they are no longer able to afford them,” he said. “I’ve been here all my life, and I recognize the industry that was here, the Budd Company, Stetson Hats, factories that gave people family-sustaining jobs. Those jobs are gone now, and the new jobs in the service industries don’t pay family-sustaining wages.”

Clarke also hinted that help might be on the way for small landlords as well. “We’re also looking at starting a program for small apartment owners who rent to individuals in these lower-income categories.”

Clarke said he couldn’t estimate when the grant program would again be able to accept new applicants, but the initiative is designed to open it up to new applicants again, with a few tweaks in the application process. The biggest one will limit homeowners to one grant application per property. “Under the old process, you could make multiple applications, and some people were getting two and three opportunities to get assistance. We don’t want to make people wait while others get multiple opportunities for help.

“The sooner we clear the backlog, the more expeditiously we can process new applicants who want support.”