Deeper Into Bucks for a Century 21 Franchise

Century 21 Advantage Gold expands into Central and Upper Bucks with its purchase of RE/MAX Advantage. 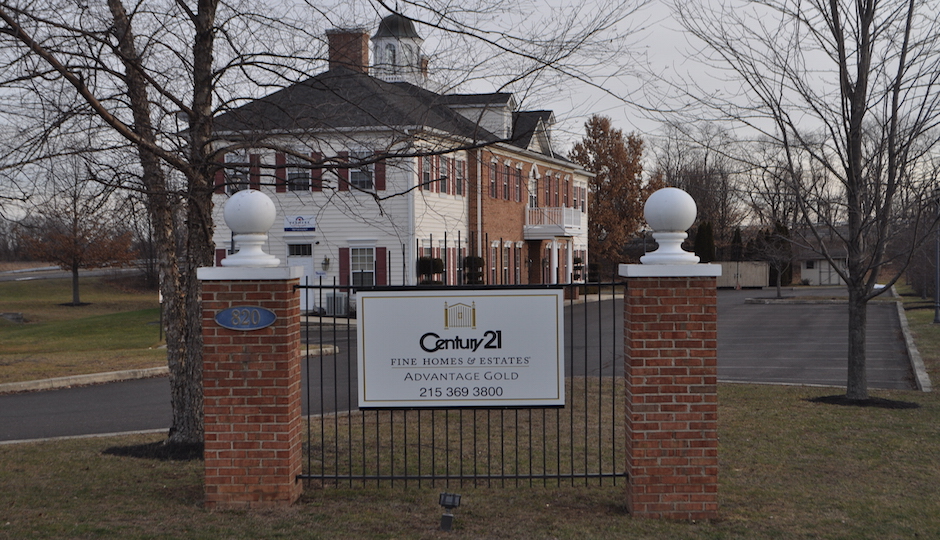 When opportunity knocks, you answer the door.

This seems to be the motto for the team at Northeast Philly-based Century 21 Advantage Gold, the number one Century 21 franchise in Pennsylvania, which expanded its presence to Yardley this April after acquiring a former RE/MAX Advantage office. The acquisition gives the company its tenth location in the Philadelphia metropolitan area and its third in Bucks County.

Century 21 Advantage Gold CEO Bill Lublin believes that in the digital age, consumers still like to see a company’s physical presence in an area. Accordingly, this acquisition will allow him and his team to dive deeper into Bucks County and connect with more clients.

“The Yardley-Newtown area is a very busy marketplace,” Lublin says. “[The acquisition] makes it very easy for us to service Central and Upper Bucks because we’re much closer.”

After acquiring the property, Lublin and his team modernized the space. “We completely redid the office and made it an open workspace – an open space that’s comfortable for people in today’s world and is attractive to younger buyers, sellers, and agents, as well as our existing client base.”

But what happened to the team at RE/MAX Advantage? Fortunately, many of them transitioned over to Century 21, including former RE/MAX Advantage owner John Goodwin, who serves as the principal and managing broker in the Yardley office. Goodwin is now one of 240 affiliated sales professionals in the company.

“Real estate brokerages are only as good as the people who are with us,” Lublin says. “John is a terrific guy. He’s a very experienced real estate broker and he’s a tremendous addition to our team. He’s very bright, very articulate, very great to his agents, and a Bucks County resident. He brings a lot to the table.”

The Century 21 Advantage Gold Yardley office joins two other new locations to open for the company in the last 18 months: one in Newtown Square serving Delaware County and another in Collegeville serving Montgomery County.

According to Lublin, the company has future plans to continue to expand in New Jersey, Delaware, Maryland, and north of Philadelphia.

Rick Davidson, president and CEO of Century 21 Real Estate LLC, said in a news release, “Bill Lublin and his entire team have shown time and again the success that is possible when you combine the high standards of quality service, unmatched local market knowledge and an unprecedented awareness and appreciation for your client’s real estate needs. I couldn’t be more pleased to watch Century 21 Advantage Gold continue to grow and expand [its] brand presence.”

For Lublin, the company’s physical growth mirrors its internal growth. He sees a positive future for Century 21 Advantage Gold.

“I’m comfortable that the marketplace is going to maintain a steady growth pattern over the next few years,” he says. “I’m ready to take advantage of that.”