Another New Yorker Buys a Place on Philly’s Waterfront

The Durst Organization's purchase of five Delaware River piers just above Penn's Landing is the company's first buy outside the Big Apple. 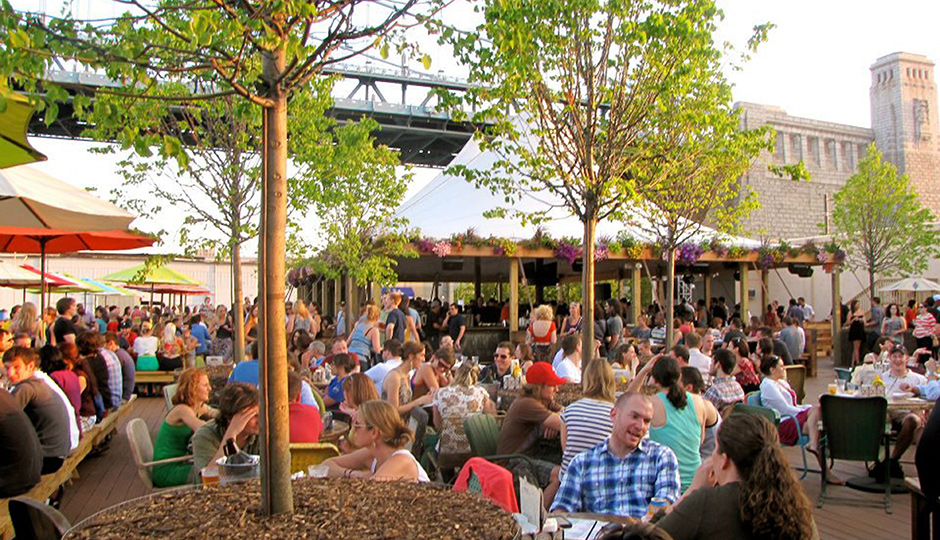 Morgan’s Pier is among the properties The Durst Organization has acquired in a huge bet on the future of Philadelphia’s Delaware riverfront.

It’s no secret that the piers at Penn’s Landing have an irresistible appeal – and apparently, this appeal isn’t felt by local Philadelphians alone. The Durst Organization, a self-proclaimed world leader in the development of commercial and residential spaces based out of Manhattan, announced today that it has acquired a string of piers along the Delaware waterfront just north of the Ben Franklin Bridge.

The purchase spans Piers 12, 13-15, 19 and 24 North, and yes, contained within this area are many Penn’s Landing hotspots like Dave & Buster’s, Hibachi Japanese Steakhouse, Morgan’s Pier Beer Garden, and the Philadelphia Marine Center marina. Don’t worry about the future of these places yet, though, because the company has no immediate plans for development.

(It could also have had this cool apartment building designed by Interface Studio Architects, but it never came to pass.)

This marks The Durst Organization’s first purchase outside of New York, and Chief Development Officer Alexander Durst attributes it to the company’s recognition and appreciation of Philadelphia’s economic growth.

He said in a news release, “We’re excited that our first purchase outside of New York is The Piers at Penn’s Landing, because of the progress and potential we see for the revitalization of the Philadelphia waterfront. This purchase reflects our bullish thinking on Philadelphia and the long-term possibilities that we see for the development of the city as a whole.”

This purchase is timely, too, as it closed shortly after Mayor Kenney announced a $90 million funding proposal towards the $225 million investment for an 11-acre park connecting Center City with the Penn’s Landing waterfront.

What the future holds for our beloved piers under the supervision of a new owner remains unclear, but we’re hoping for a bright future.