What happens when you cross Airbnb with a traditional hotel? Take a look. 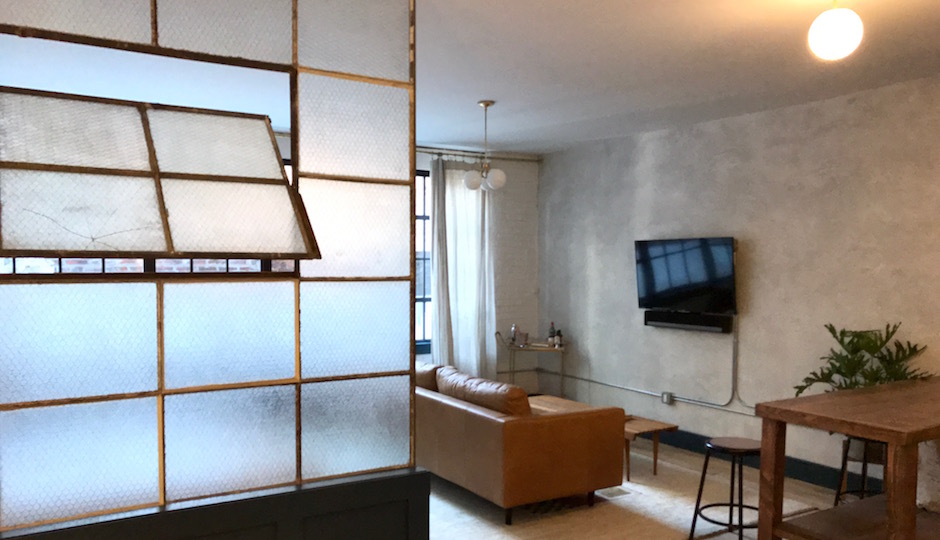 The PHLCVB, of course, wants you to Visit Philadelphia®.

The owners of Lokal, a new boutique hotel opening next month on North 3rd Street in Old City, wants you to see it like a native.

To help you do that, they’ve made themselves scarce and outfitted the suites so that you can settle in like a resident.

The six-unit hotel with a salon on the street floor is in the final stages of construction. Two model suites — a family-friendly two-bedroom and a one-bedroom — have been outfitted by the Jersey Ice Cream Company, the firm co-owners Chad and Courtney Ludeman hired to design the facility. (Yes, it’s an interior design firm. They don’t make ice cream at all.)

The suites are much like what you’d find at an extended-stay hotel, only with an industrial-chic aesthetic. Jersey Ice Cream incorporated found objects like old factory windows and wood planks into the units, each of which will have its own personality.

The service, on the other hand, is more like what you might get booking through Airbnb, only without any sign of an actual host. Lokal calls this “invisible service,” and the aim is to have you experience Philadelphia as a Philadelphian would. If you really want something like fresh towels every day or room service, there are apps for that (and an iPad equipped with them), but otherwise, don’t expect the turned-down-sheets-with-a-chocolate-on-your-pillow treatment here. A book will be your guide to the city.

Since what Lokal guests will get is in essence a furnished apartment to live in while they’re visiting, we thought we’d show you what they’ll look like along with the finishing touches being put on the other units. The hotel is now taking bookings for April and beyond.

Inside Lokal - A Sneak Preview 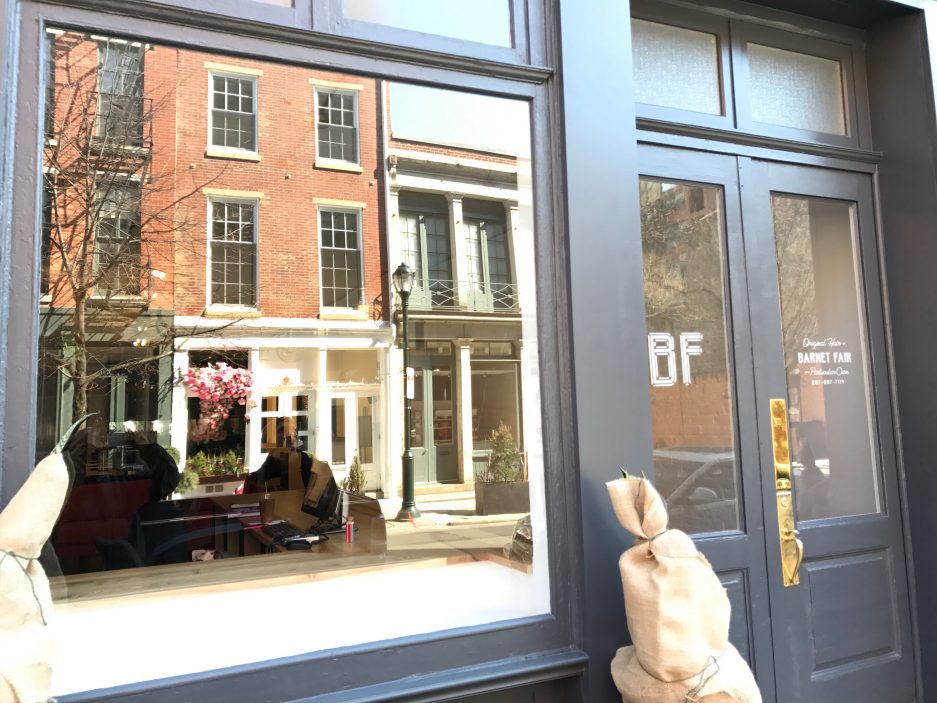 The salon on the street floor opened for business over this past weekend. 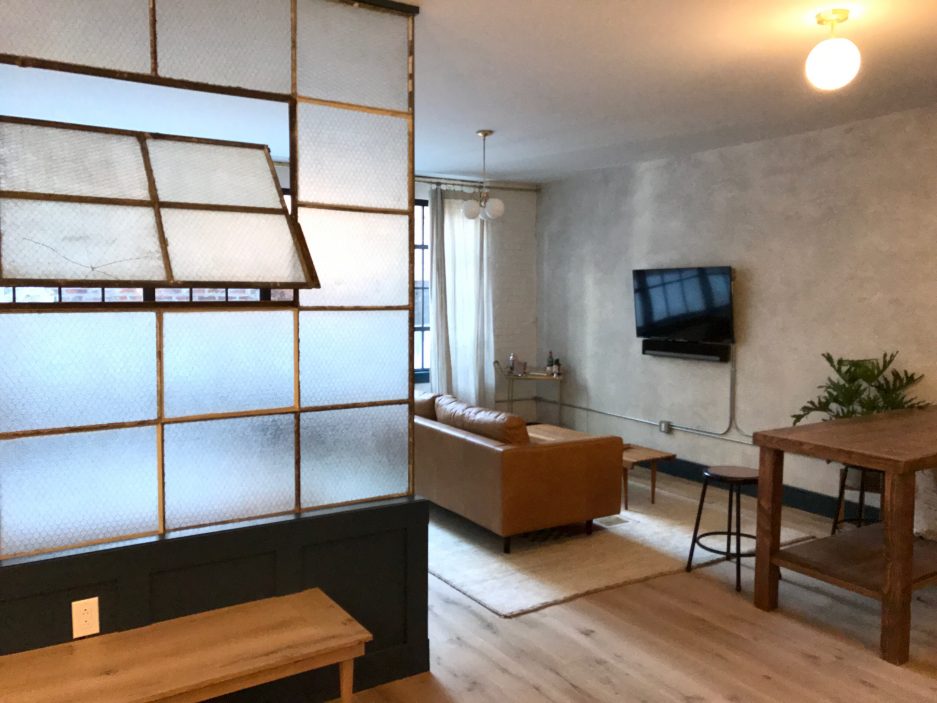 The main living area and bedroom in the two-bedroom model suite. 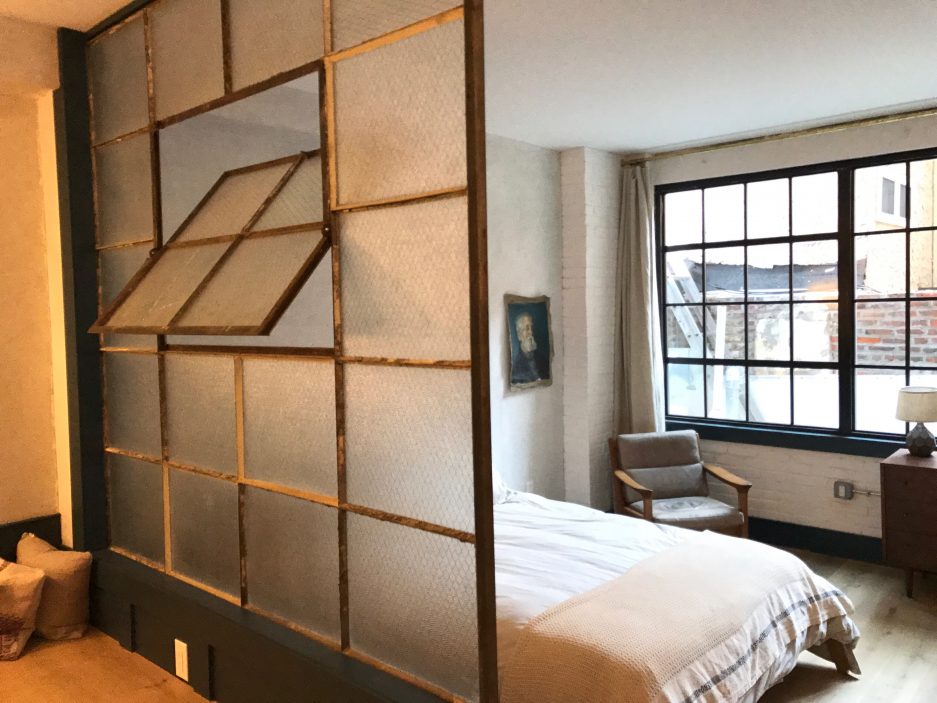 A window salvaged from a factory divides the sleeping area from the foyer. 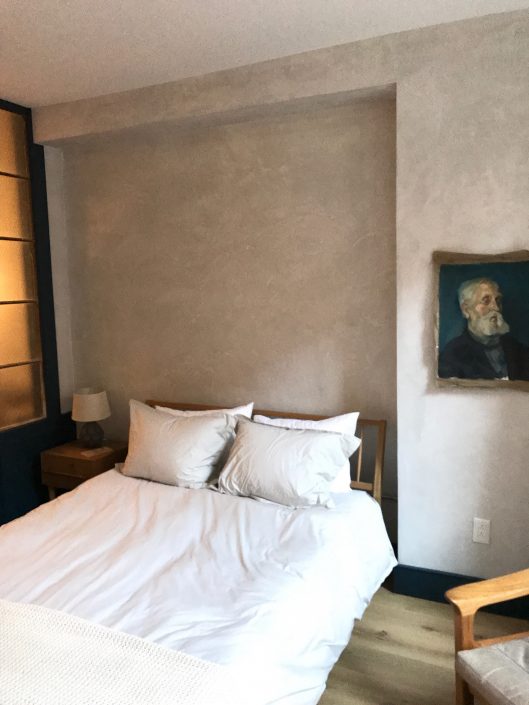 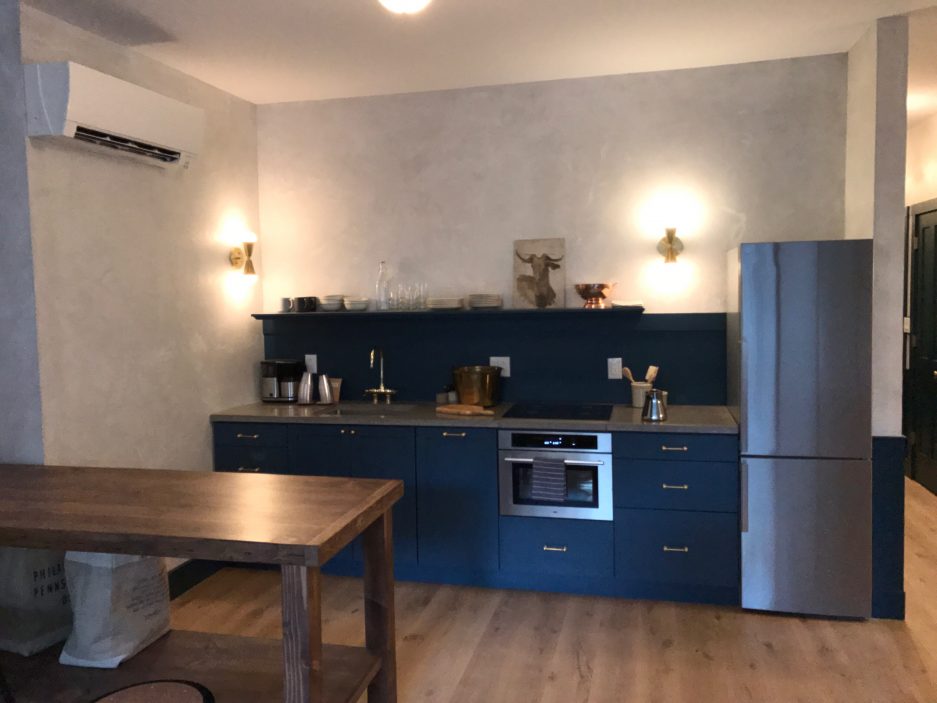 The kitchens are outfitted with cement countertops, stainless steel appliances, and tables made from salvaged wood. 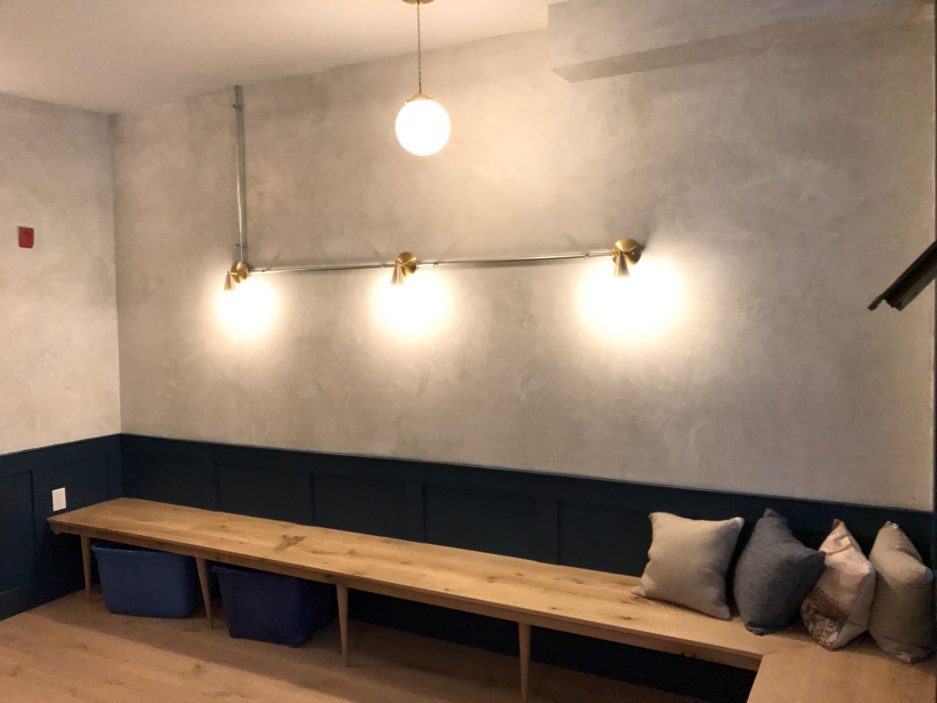 The sitting area in the foyer. 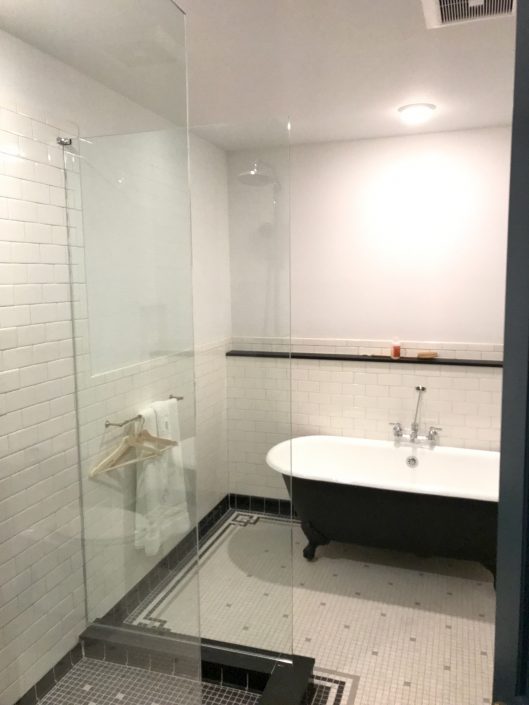 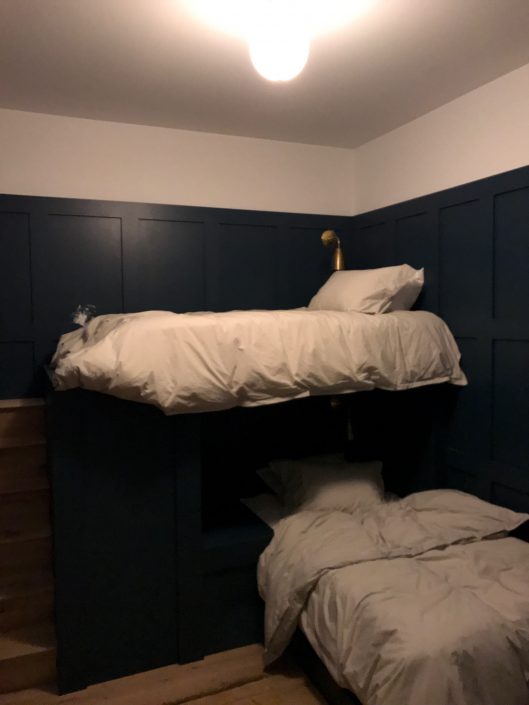 The "family-friendly" model two-bedroom suite's second bedroom is fitted with bunk beds sure to delight the kids. 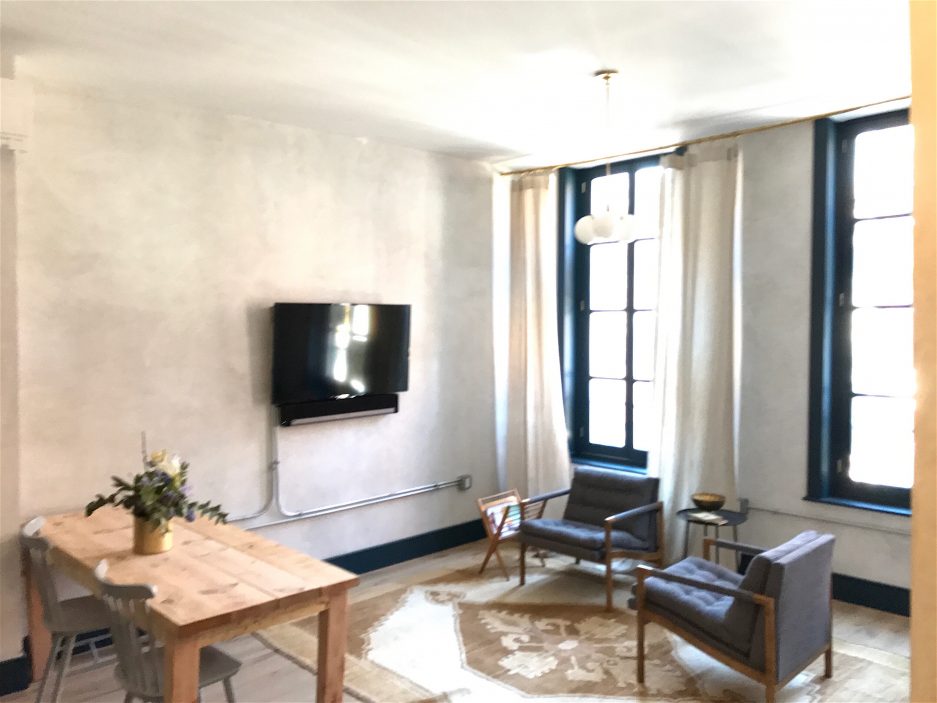 The living room in the one-bedroom model suite. 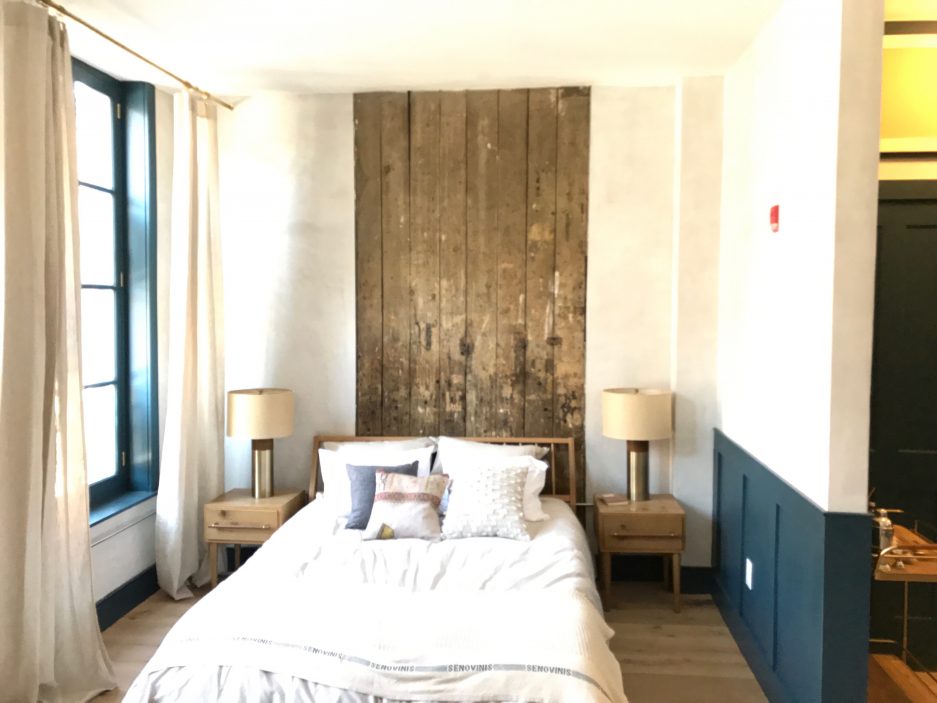 The sleeping area in the model one-bedroom suite. 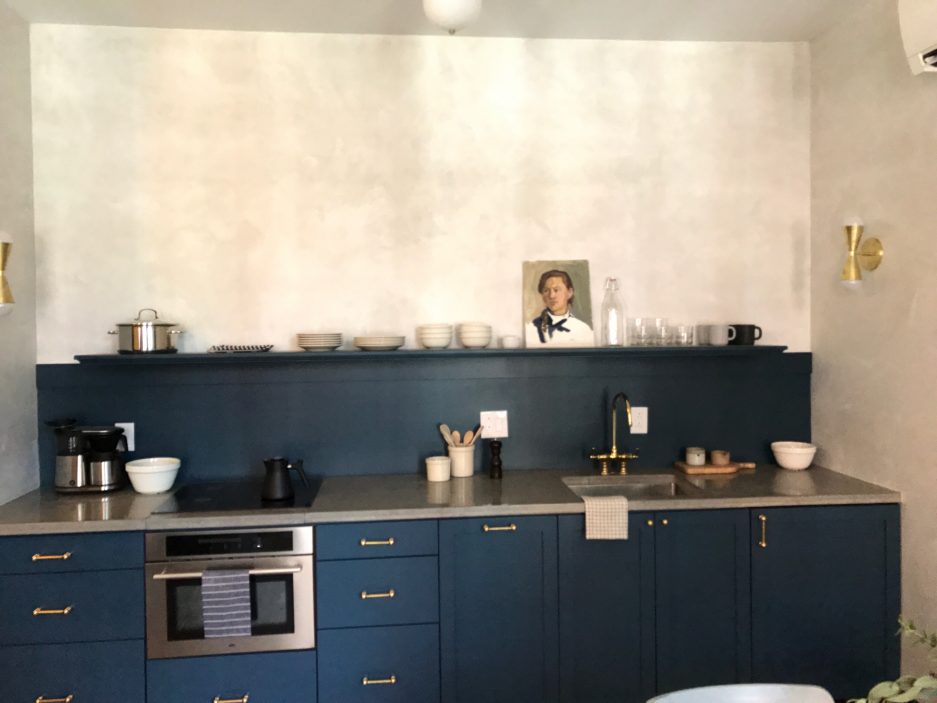 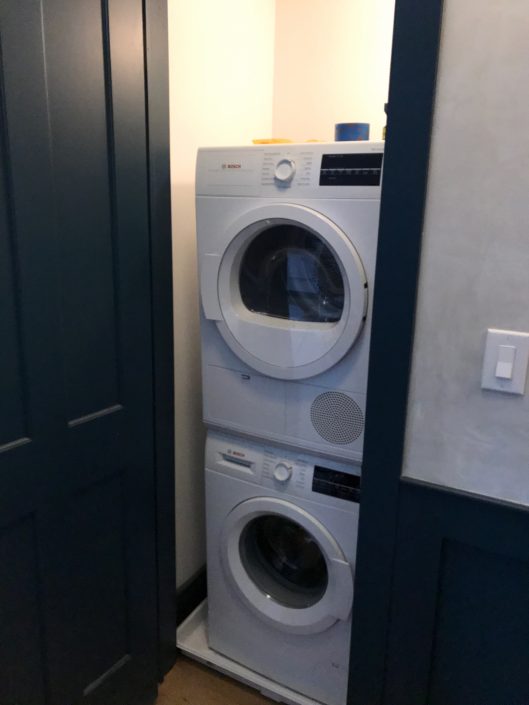 All the units have in-suite laundry facilities. 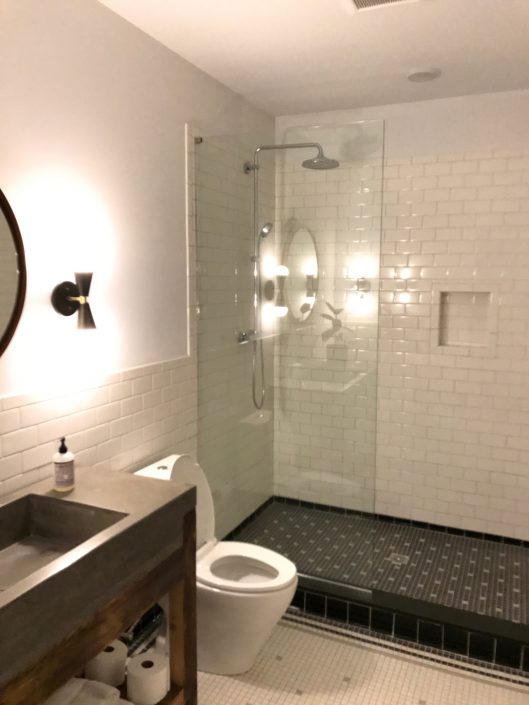 The bathroom in the one-bedroom unit. 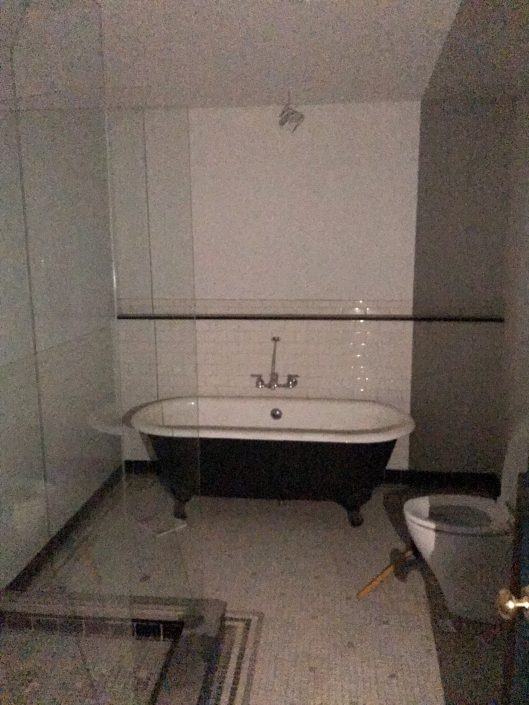 The bathroom in the two-bedroom suite on the third floor, still under construction. 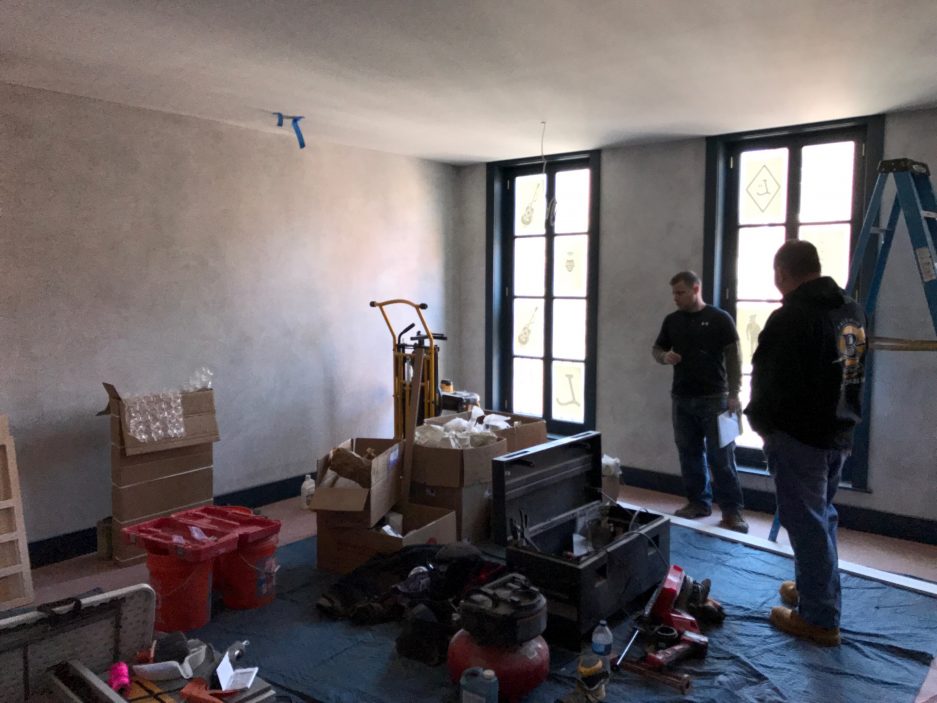 The construction crew and equipment in the third-floor suite's living area. 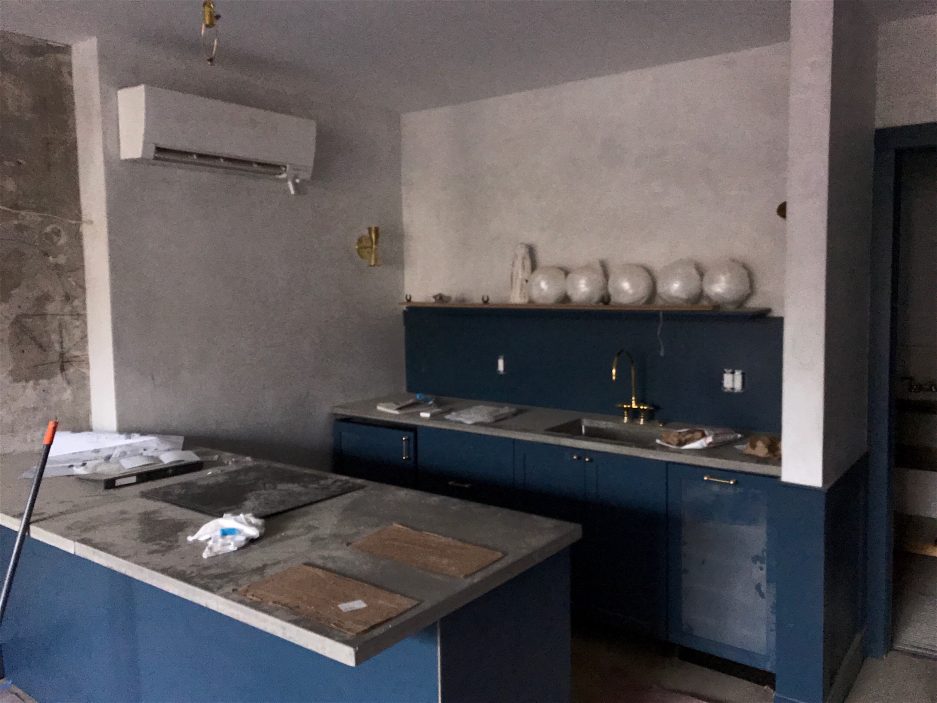 The third-floor suite's kitchen, with globes for the light fixtures arrayed on its storage shelf. 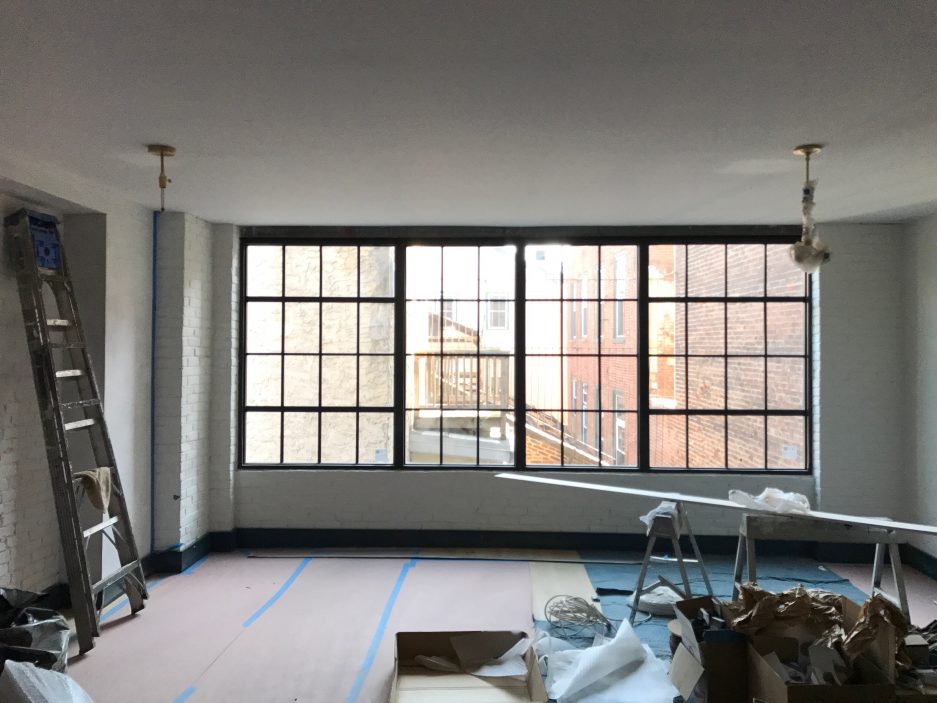 Hotel representative Ethan Peck explained that the owner and designers chose an eclectic array of light fixtures for the units. The two in this photo are awaiting their globes. All the rear units have large factory-style windows that let in plenty of light and offer views of the courtyard and alley behind the hotel. 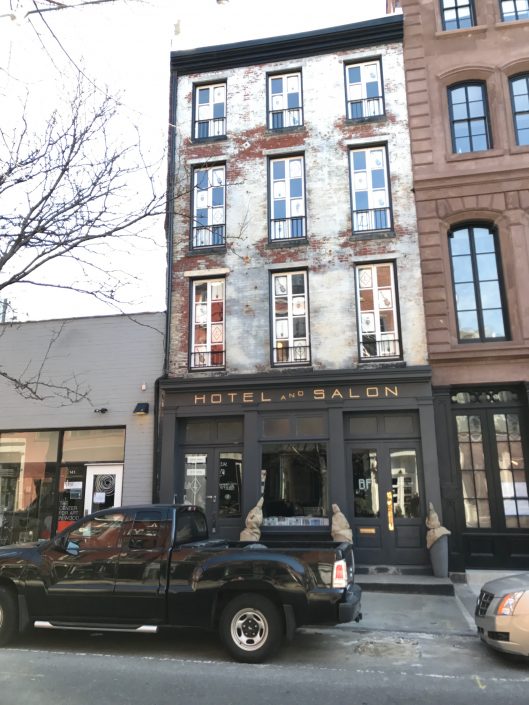 The exterior of the hotel.