Lower Merion's historical architecture review panel sent the proposal back to the drawing board over concerns about design and massing. 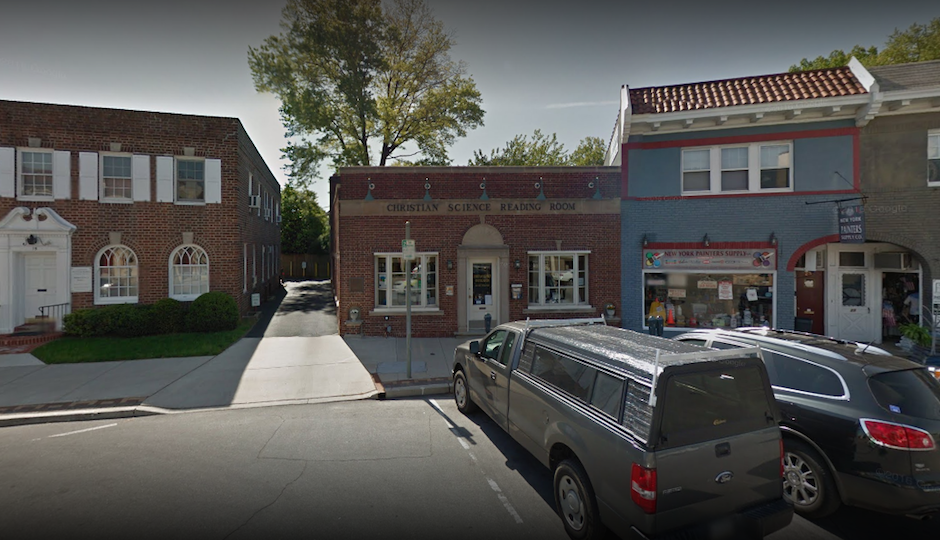 The Christian Science Reading Room on Rittenhouse Place in Ardmore would get a two-story apartment building on top under a proposal submitted to Lower Merion’s historical review board. | Google Street View image

Developers Chris and Ryan Tobin want to join the parade of builders adding apartments to downtown Ardmore. Their modest proposal, however, would add two stories to a one-story historic building, so it got referred to the Lower Merion Historical Architecture Review Board.

The Main Line Times reports that the board voted to send the developers back to the drawing board to address concerns about the project’s design and its effect on neighboring structures.

The Tobins’ company, Roundstone Development LLC, submitted to the board plans to build a two-story addition atop the Christian Science Reading Room on Rittenhouse Place. The addition would contain apartments and a roof deck for the residents, accessed via a pilot house atop the third floor.

The board’s main concern was the addition’s architecture, which mimics the Georgian Revival design of the reading room atop which it will sit. Board Chairman Scott Kalner recommended the building not try so hard to “second-guess the [original] architect” and differentiate itself from the reading room instead.

The owner of a two-story builders’ supply store next door also expressed concern that the addition would block light and air to windows on one wall of his building’s second-floor apartment.

In response to these concerns, the board voted to table a final vote on the proposal in order top give the developers and architect time to review the addition’s materials and design as well as address the issue of its effect on neighboring structures.