Trinity Tuesday: Up on the Roof in Rittenhouse
Subscribe
Follow
I'm a scraper
This search result is here to prevent scraping

Trinity Tuesday: Up on the Roof in Rittenhouse

This trinity has the trademark spiral staircase - but in updated form. Then there's that great "bonus room" up top. The strict definition of a “trinity” is a home with three floors, each of those floors having just one room (the bathroom doesn’t count). Basements, being common features in 19th- and early 20th-century homes, don’t count against the total, and in many trinities, like today’s featured home, later owners put the kitchen down there.

Those who didn’t usually added an ell onto the back of the trinity for the kitchen. Some other later owners then built on top of the ell, creating the “expanded trinity” — one whose rooms were larger, or which had two rooms on each floor.

This week’s featured trinity has been “expanded” in a different way: Meet the four-story trinity, whose fourth floor has no roof.

Instead, it’s a roof deck with beautiful views of the Center City skyline.

That’s one of two outdoor spaces this updated trinity boasts. The other is a cute brick patio in back of the living room that has a southern exposure and is great for relaxing and grilling.

Now that the outside’s been taken care of, let’s go inside.

Of course, this home has that trinity trademark, a spiral staircase. But this one’s the modern, open variety, which means that getting your mattress up to the bedroom will be a little less of a chore than it is in most trinities.

The main floor contains a contemporary living room with a large sliding glass door at the rear offering access to that patio.

Down below is the kitchen, which is totally 21st century as well, with granite countertops, a tile floor, modern cabinetry and stainless steel appliances, including a dishwasher and a range hood that vents to the outside. You’ll find the laundry and utility closets down here as well.

The second floor contains a bedroom with hardwood floors and a renovated bathroom with pedestal sink and tile floor.

The third-floor bedroom also has hardwood floors and gets lots of light from its front windows. In back, a sliding glass door opens onto the stairs leading up to the roof deck.

This nice indoor-outdoor combo is also ideally situated for you to take advantage of everything Center City has to offer. The Avenue of the Arts, the South Street West restaurant scene, Rittenhouse Square and Rittenhouse Row are all a short walk from your front door. Like to bike? Major nearby employers such as Penn, Thomas Jefferson University, and Children’s Hospital of Philadelphia are an easy bike commute away, as is the Schuylkill River Trail for recreational cycling. SEPTA public transit is equally convenient, with bus routes all around you and the Broad Street Line just a block and a half away. 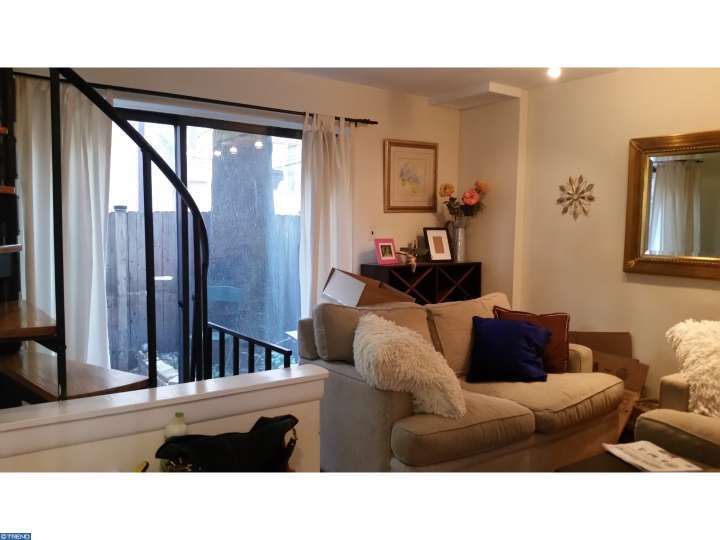 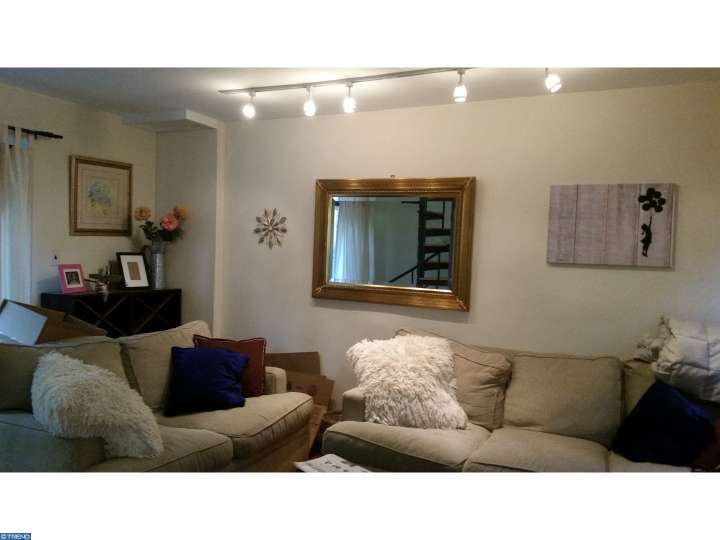 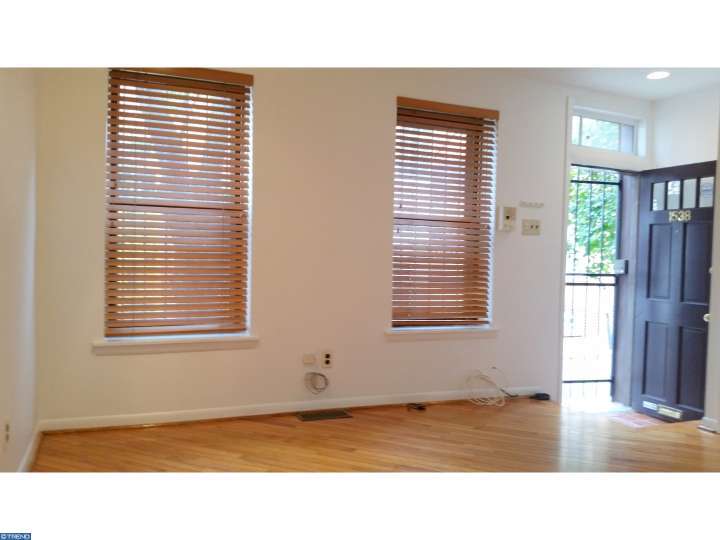 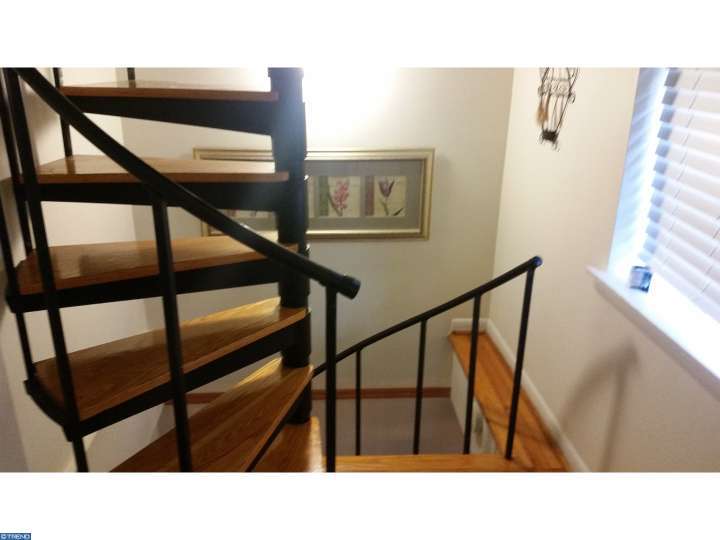 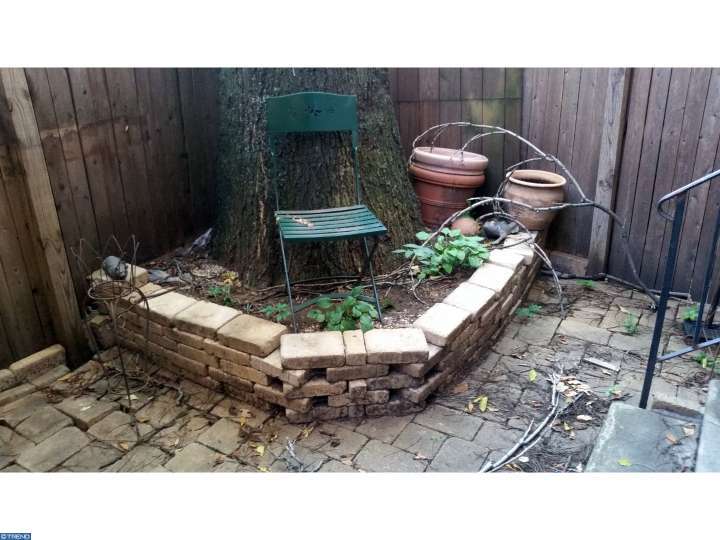 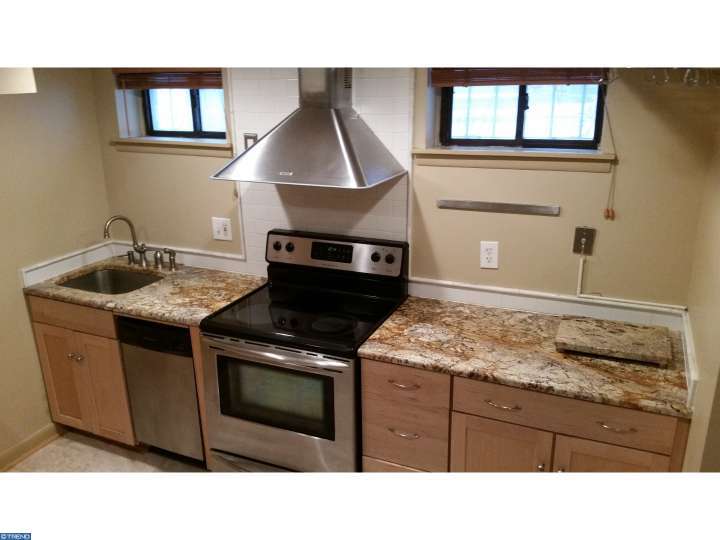 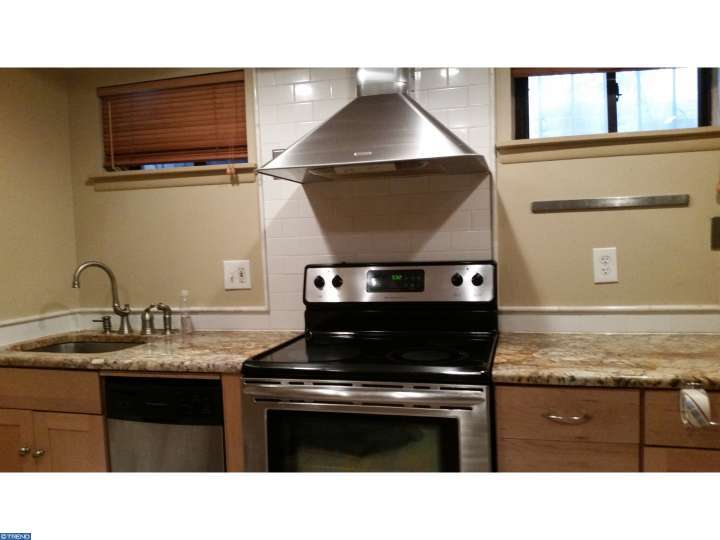 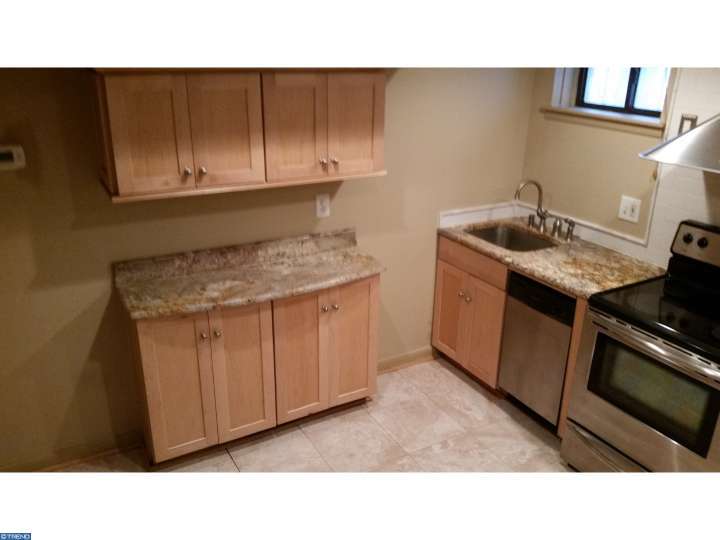 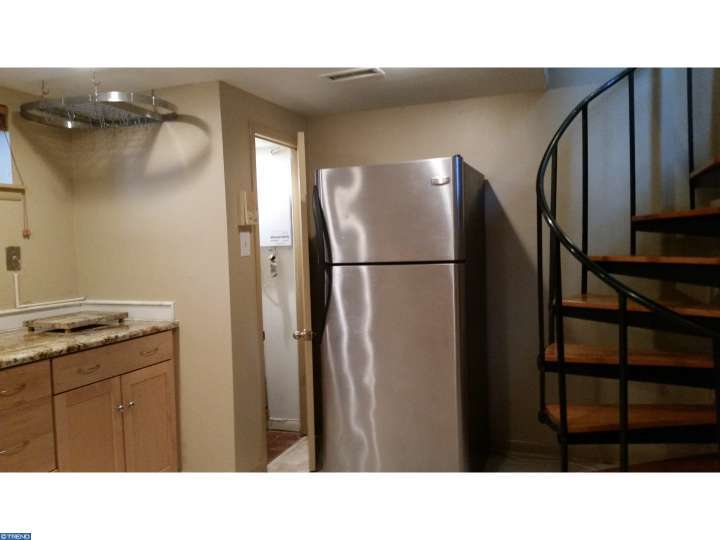 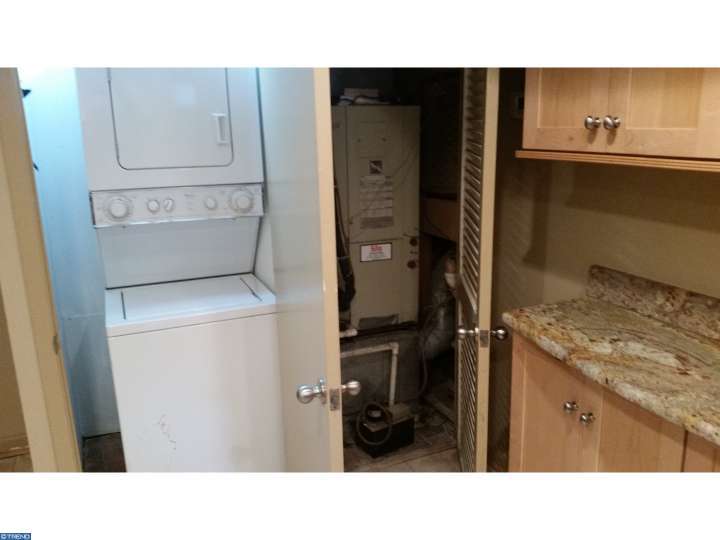 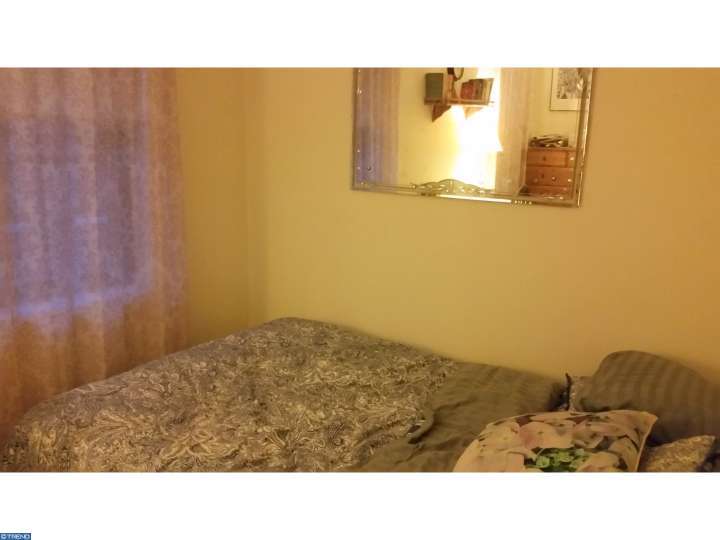 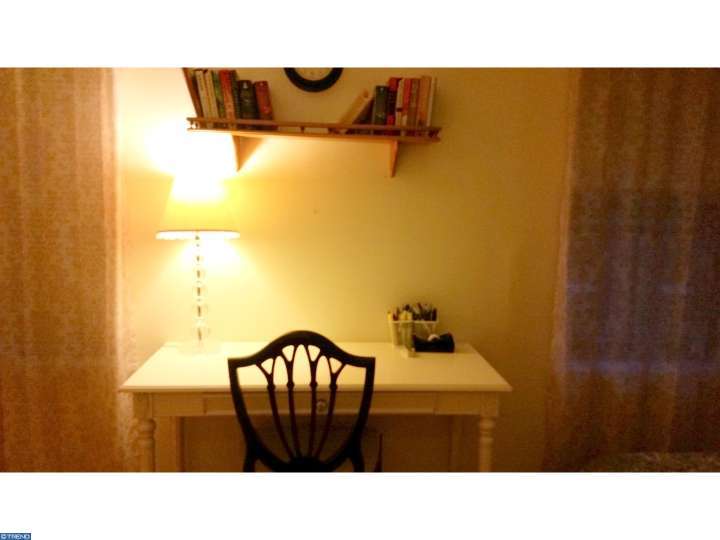 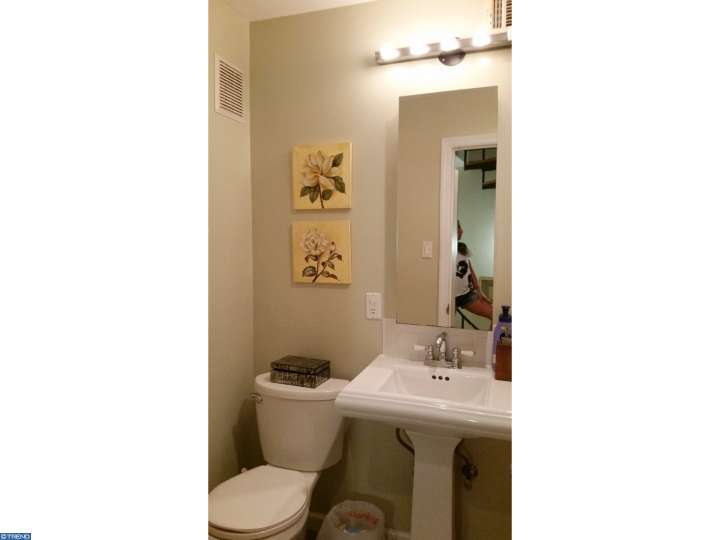 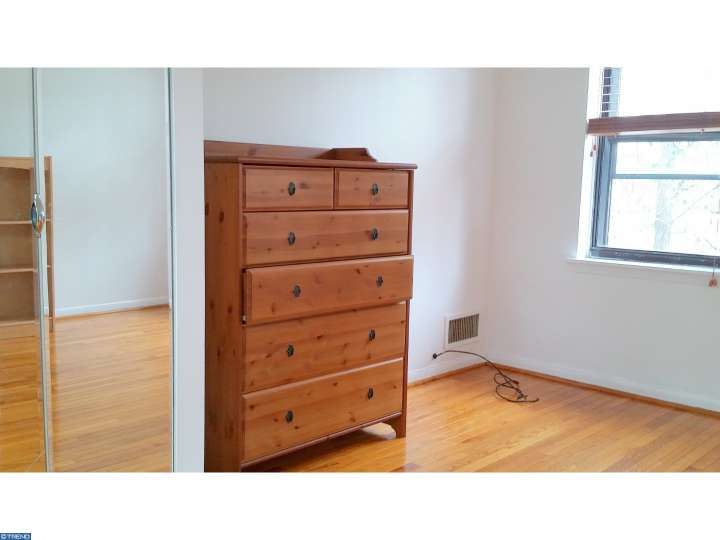 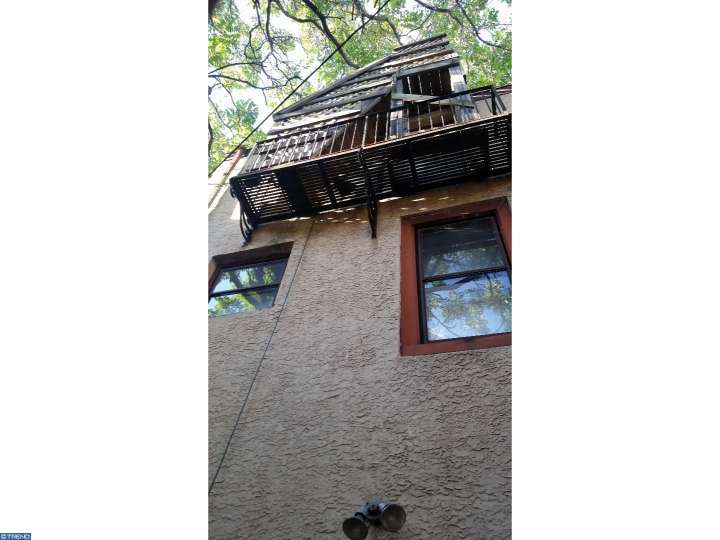 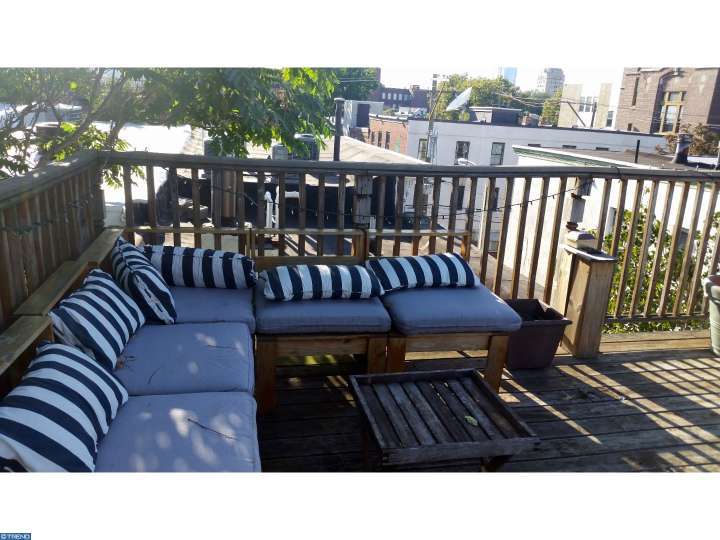 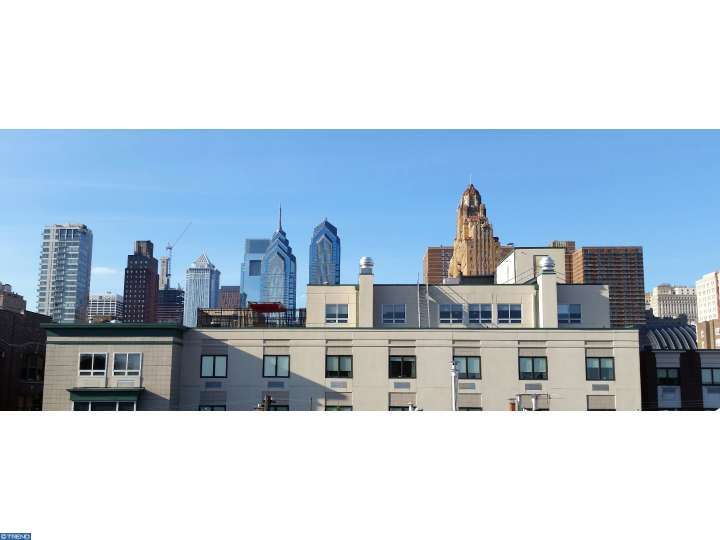 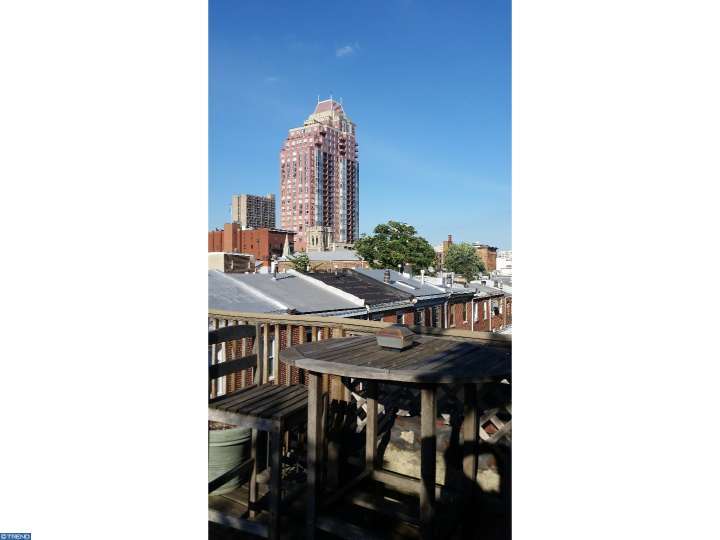 View to northeast from roof deck 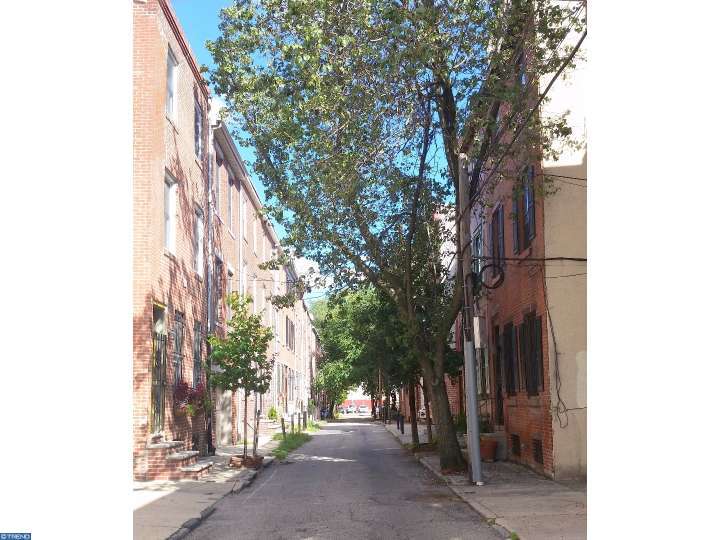 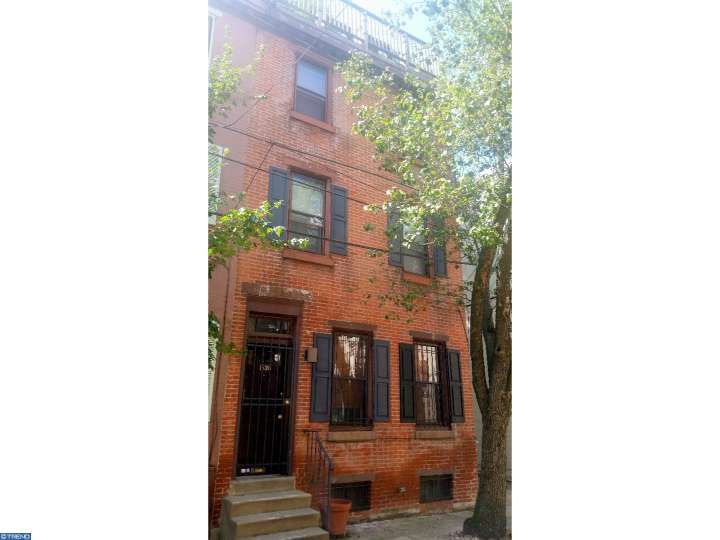