The Pestronks' top-to-bottom makeover of the Rittenhouse legend features three one-of-a-kind apartments as part of an overall building upgrade. For decades, the Roosevelt Apartments at 23rd and Walnut streets has had a reputation as a decent, low-rent (for Rittenhouse) place to live with a great pub on the street floor.

Now that it’s in the hands of Post Brothers, it’s become a stylish place to live at modest (for Rittenhouse) rents. (The pub, however, is long gone.) And for three tenants, it will be even more than that.

This week, the Pestronk brothers took the wraps off the Roosevelt Edition, three super-sleek, ultra-stylish apartments inserted among the merely stylish units that make up the rest of the building. These deluxe units are equipped with many high-end fixtures, fittings and appliances, including showers lined with Travertine tile and equipped with thermostatic shower columns with hand-held sprays and rain shower heads, Miele multifunction glass-front speed ovens, custom European acrylic cabinetry, floating Italian vanities with storage, and more.

Even tenants in the ordinary apartments get attractive units with many amenities. The apartments have hardwood floors and tile bathrooms, the kitchen appliances are highly efficient, the building is totally pet-friendly, and there’s a 24-hour fitness center, laundry facilities, on-site maintenance and management, and great views.

Everyone gets to enter the historic building through a nicely restored lobby jazzed up with modernist lighting and similar decorative elements. 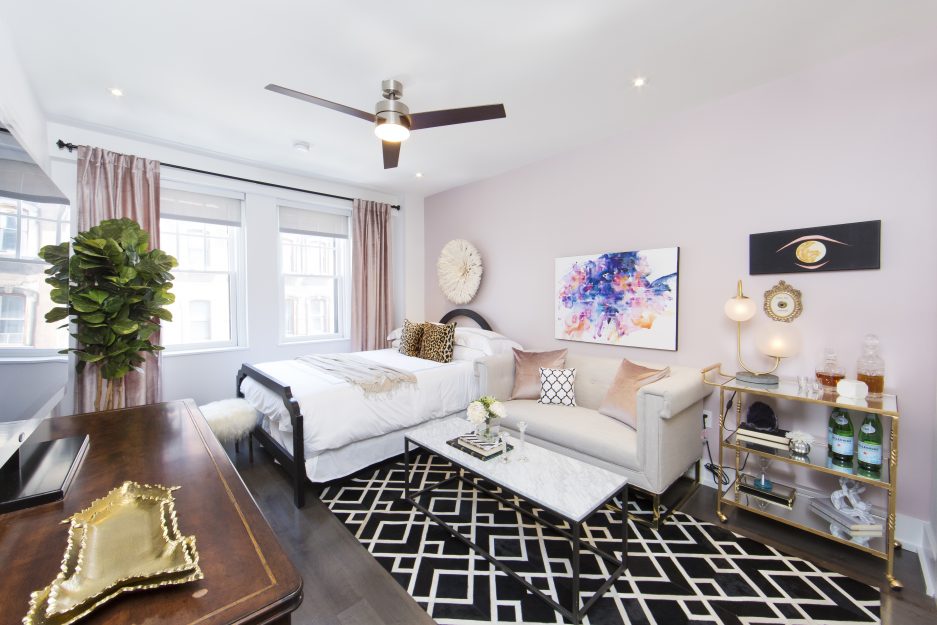 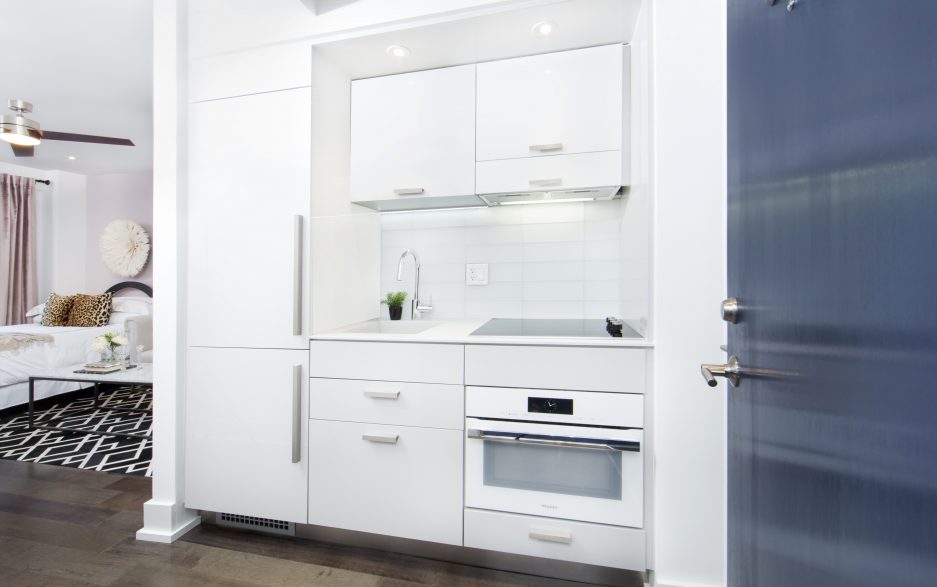 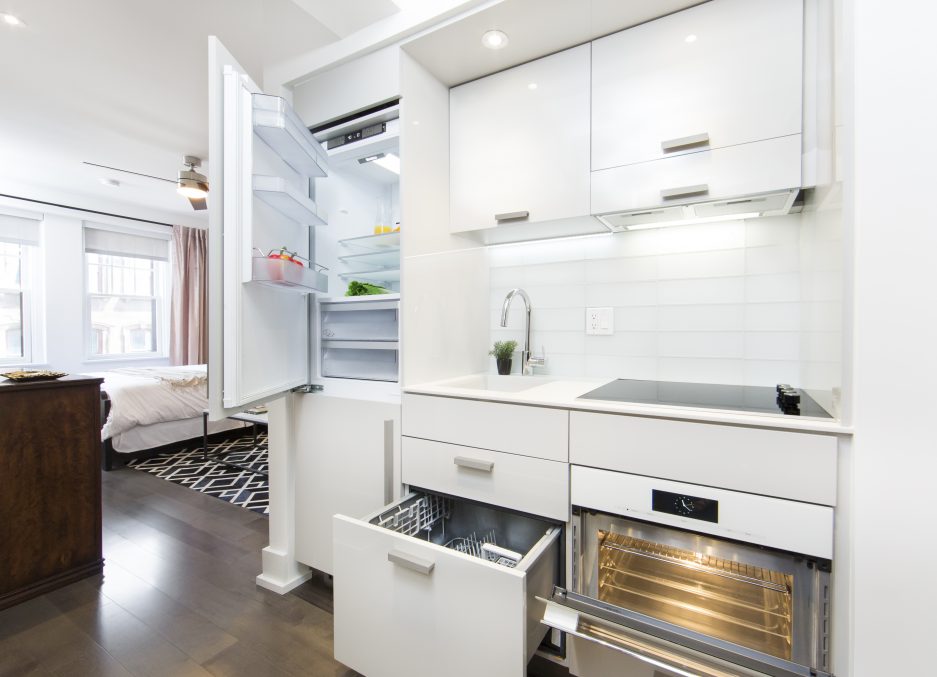 Kitchen, Studio A, with appliances open 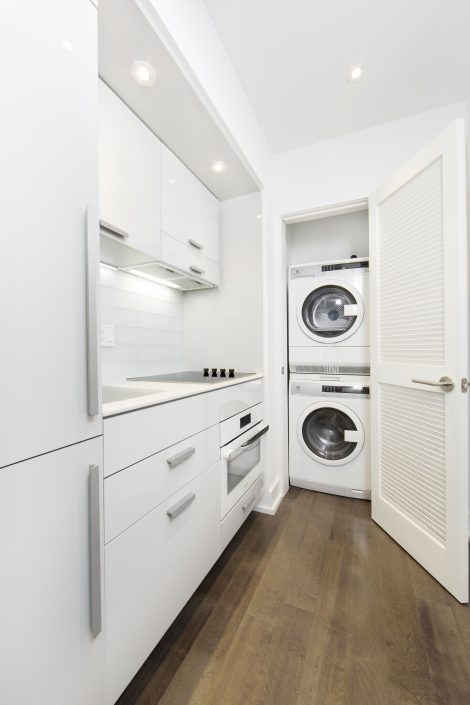 Kitchen and laundry, Studio A 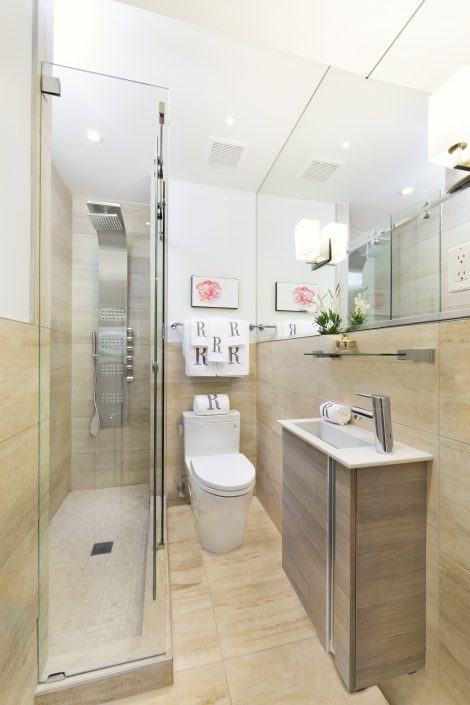 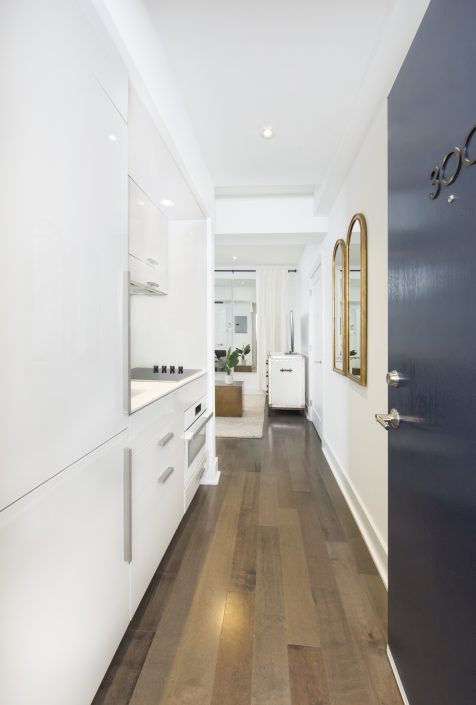 Entrance and kitchen, Studio B 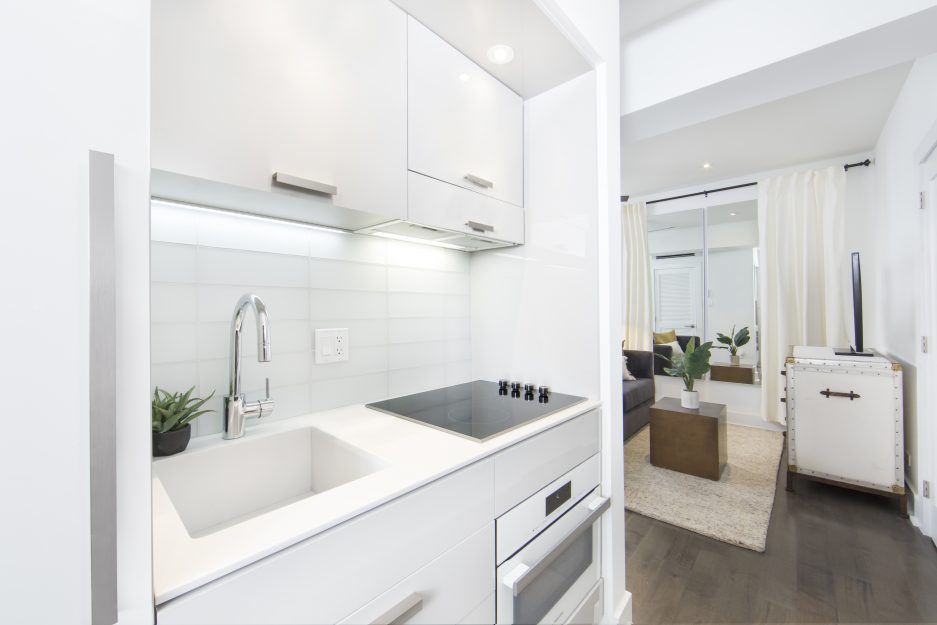 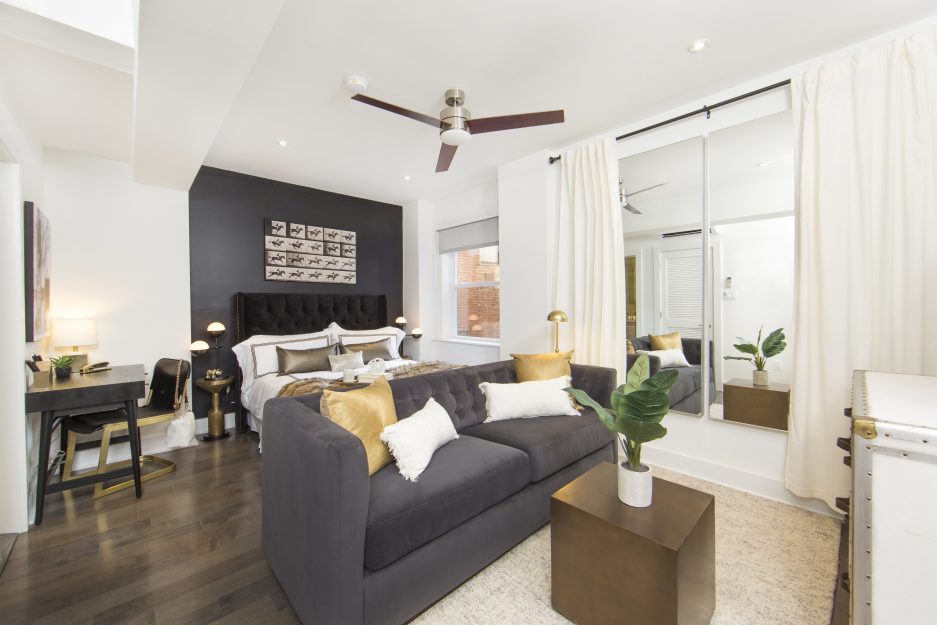 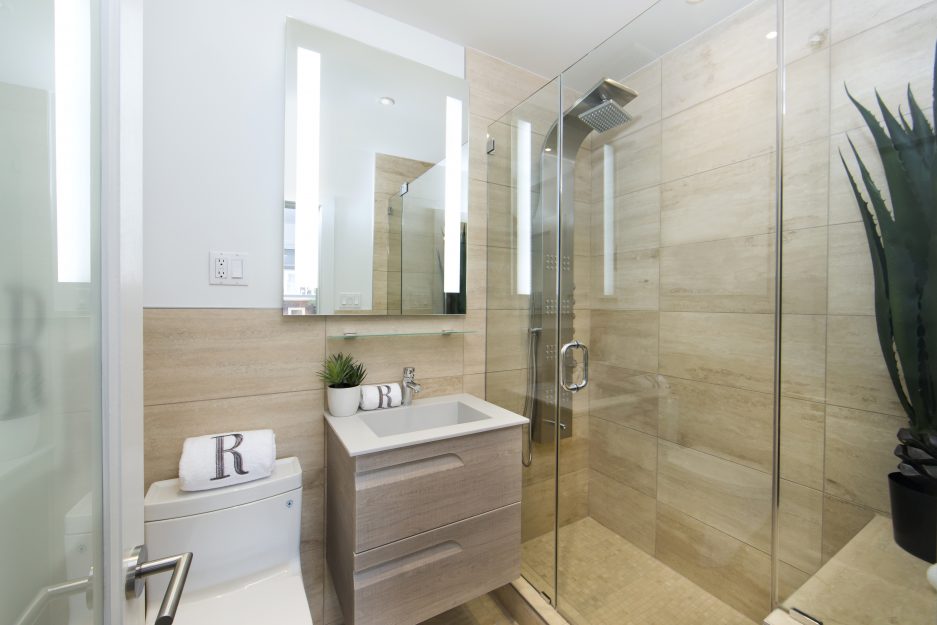 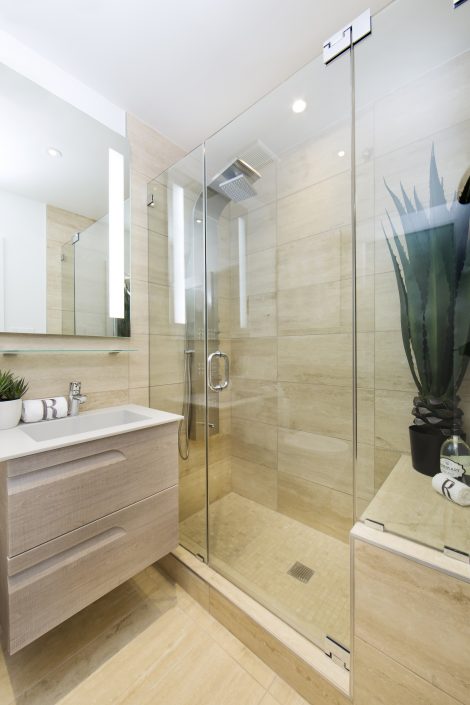 Closeup of shower, Studio B