Farmhouse Friday: A Landmark Restoration in Thornbury
Subscribe
Follow
I'm a scraper
This search result is here to prevent scraping

Acquire this beautifully restored National Register-listed historic farmhouse and you will have a direct link to our country's founding that just happens to be very comfortable — and surprisingly modern. What you see above is a common, if unusually large, Pennsylvania farmhouse whose oldest portion dates to circa 1797. What makes it special, besides the care and attention that went into its restoration, is the person who built it.

That person was Squire Thomas Cheyney, a relatively unsung hero of the Battle of the Brandywine on Sept. 11, 1777. (You may recognize the name because of the historically black university a few miles up the road, but that was named for a different member of the family who lived later.) Cheyney delivered crucial intelligence to Gen. George Washington about the direction from which British forces were advancing. That intelligence allowed Washington to shift his troops, saving his army from total annihilation in this early Revolutionary War defeat for the Americans.

“Had it not been for the Squire’s actions on Sept. 11, Washington would have lost the war and we would be sending our tax dollars to Great Britain,” said the house’s owner and restorer, John Murphy.

Murphy’s firm, Old Philadelphia Associates, specializes in brick and masonry work, and that gave him a leg up when he and his wife Vicki learned that the historic farmhouse was up for auction in 2013. As he prepared his bid, he began to research its past and that of its builder. “That piqued our interest in going as deep into debt both time-wise and financially as we did,” he said.

After winning the farmstead, the Murphys turned to the Thornbury Township Historic Commission and the Preservation Alliance for Greater Philadelphia for advice on how to bring the farmhouse back from its “deplorable” condition.

The Murphys bought the house not with the intention of living in it — “I have a house up the street that I’m very content with,” he said — but in order to save a piece of history for the future. Together with the adjacent Squire Cheyney Park, a 52-acre township-owned plot that also contains the original farm’s springhouse, the Squire Cheney Estate forms a National Register-listed historic district.

The restoration was carried out in close consultation with both the township Historical Commission and the Preservation Alliance, which is why the interior of the home might strike many as quite a surprise. While the home retains its original character, including its stone walls and many of its timber supports, the overall feel of the inside is strikingly modern thanks to the interior design conceived by architect Brett Hand. As the gallery below should make clear, all of the fixtures and fittings in this home are the latest word in design and technology, yet they fit right in with the 18th-century framework.

“They were quite cooperative,” he said. “Provided that I tend to the details of the exterior of the house,” which he did, “they told me I had a free hand with the interior. And the architect had worked around people of similar education and capacity before, so he didn’t let me get too far out of character.”

The preservationists helped Murphy figure out his options for restoring the collapsed roof and repointing the stonework, and they advised Hand on how to best blend old and new together, including the 2015 addition that contains the home’s striking kitchen and two-story-high family room.

The project wasn’t cheap, but it was worth it to save a piece of America’s past while making it suitable for modern tastes. And he praised the preservation groups for their sensitivity and knowledge. “If you don’t know the answers but you’re willing to ask the questions and willing to listen, they’re a great resource for information and direction,” he said. “I think too many developers and fixer-uppers want to do it the cheapest [and quickest] way. But if you open your heart and are sensitive, they’ll listen to you.”

So there’s the history. But what about the house? As they say, a picture is worth a thousand words. We’ll let them speak for themselves this time. We think they speak volumes.

OTHER STUFF: The house also has a 3-car detached garage connected by a breezeway and a restored 6,800-square-foot barn that can be adapted to suit your needs. However, a historic easement attached to the property prevents it from being further subdivided, and no further new construction or exterior changes to the home and barn may take place on it. 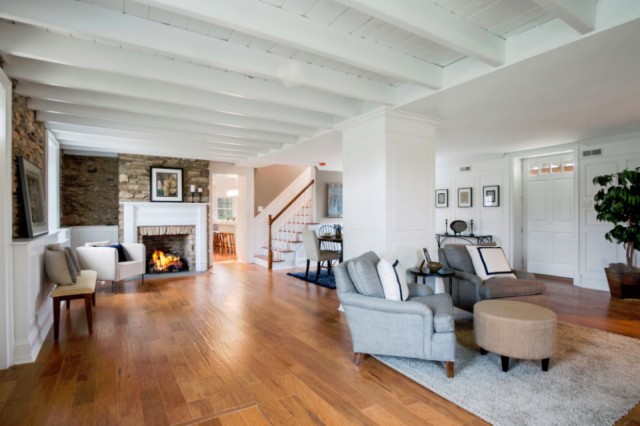 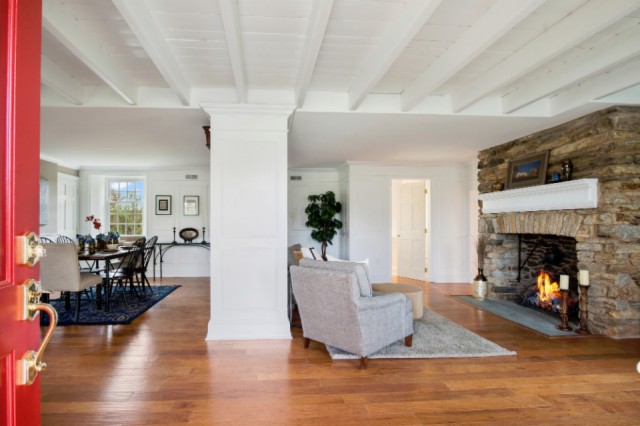 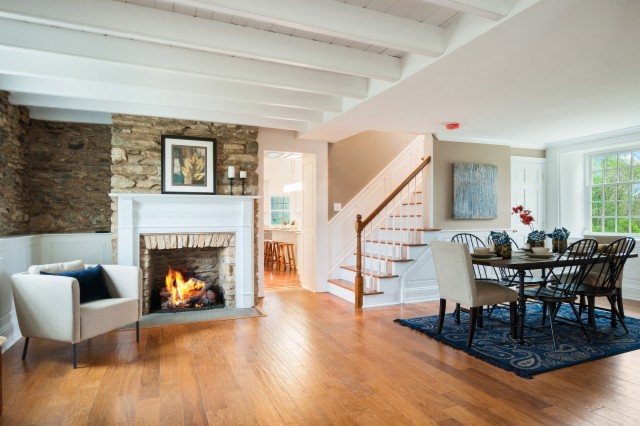 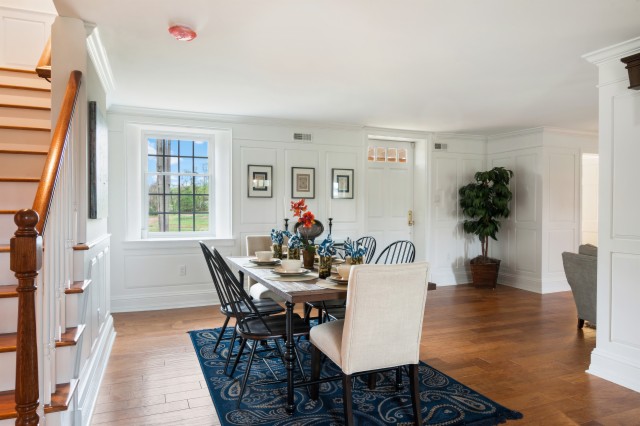 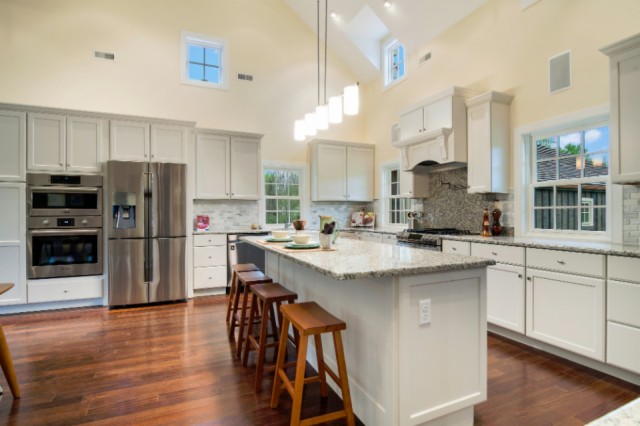 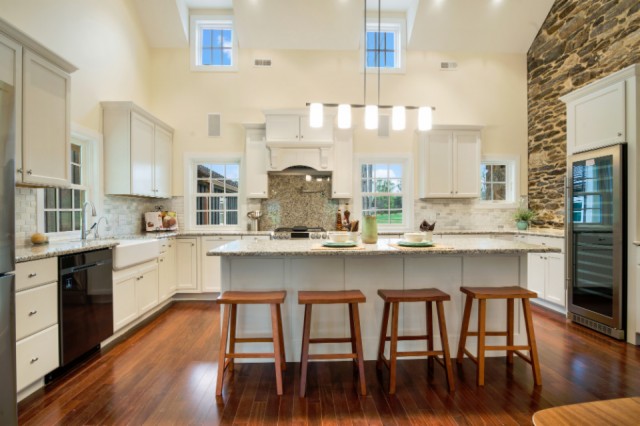 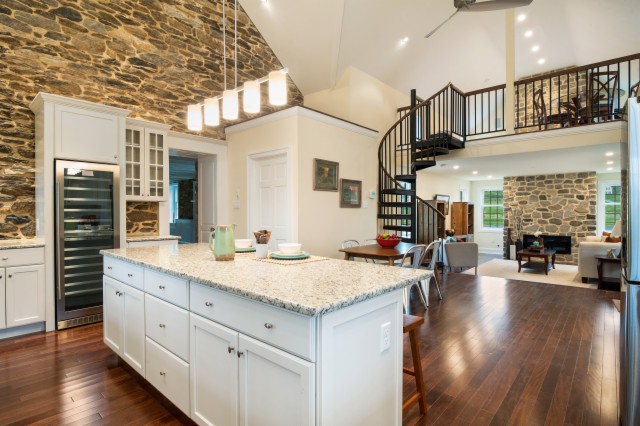 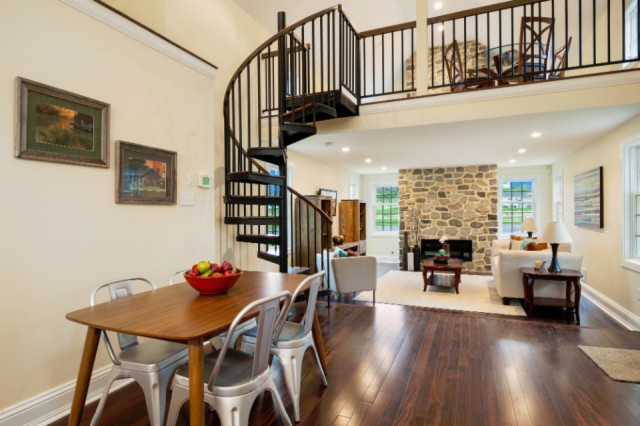 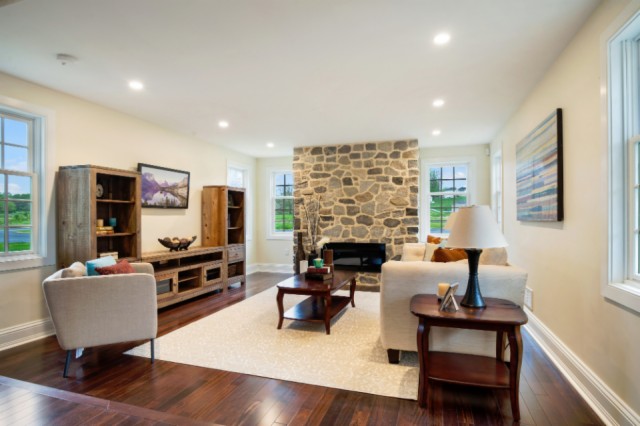 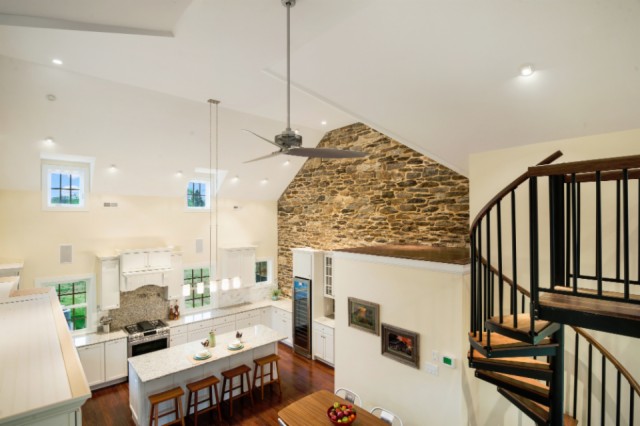 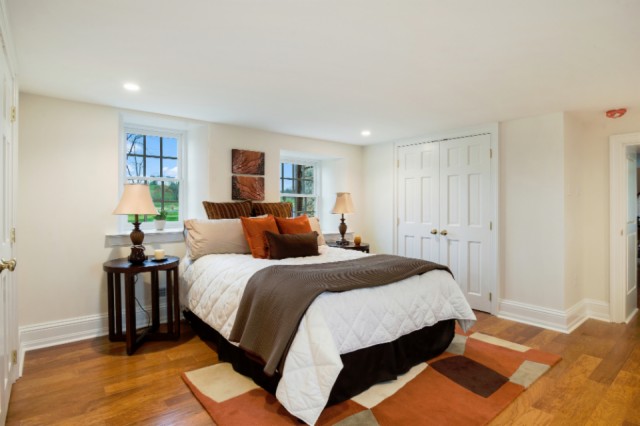 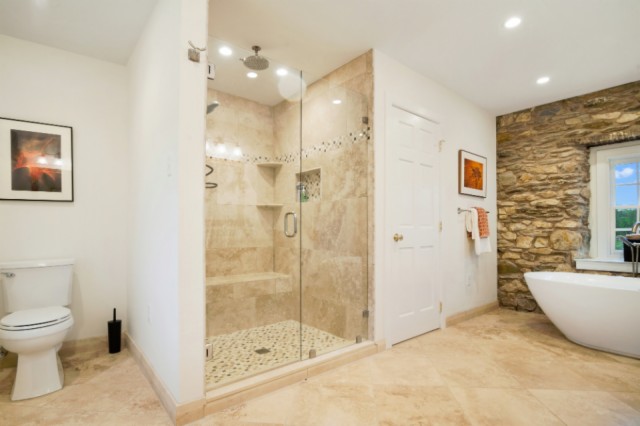 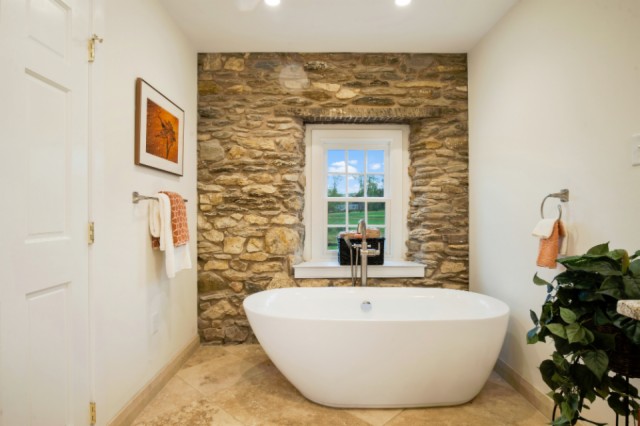 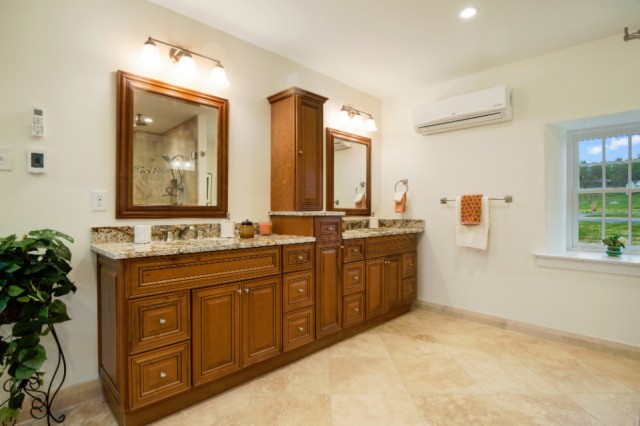 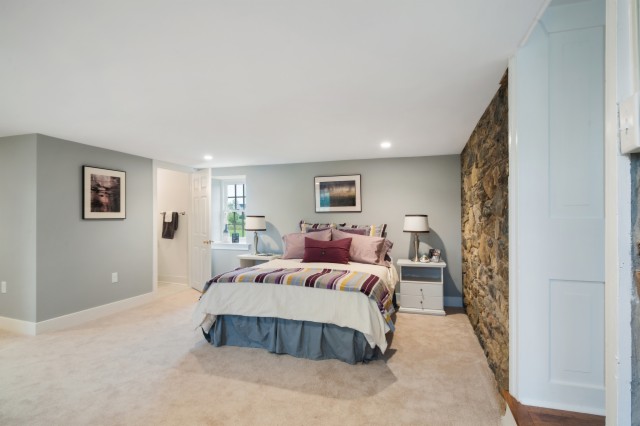 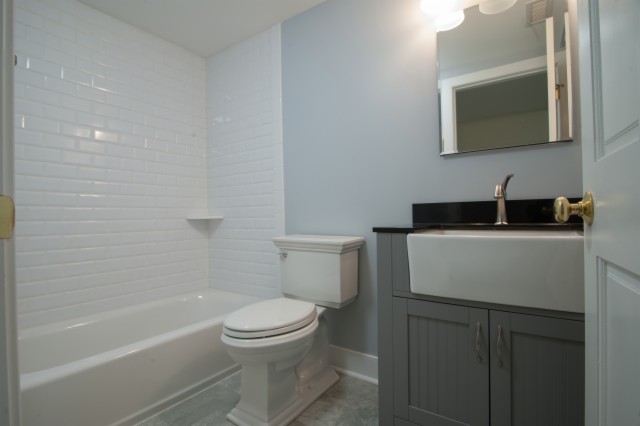 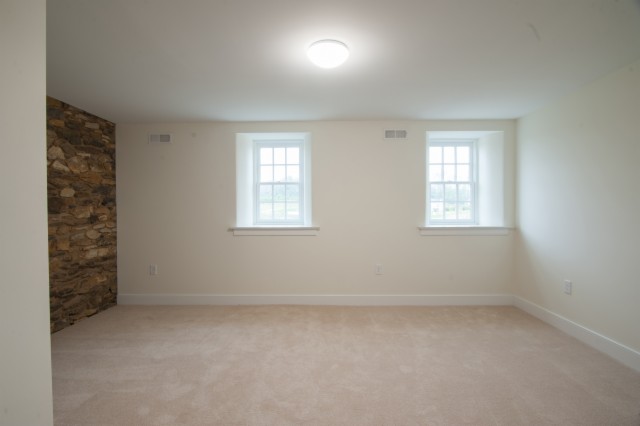 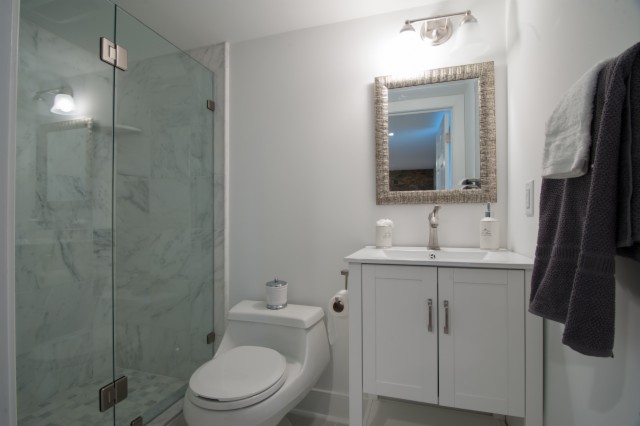 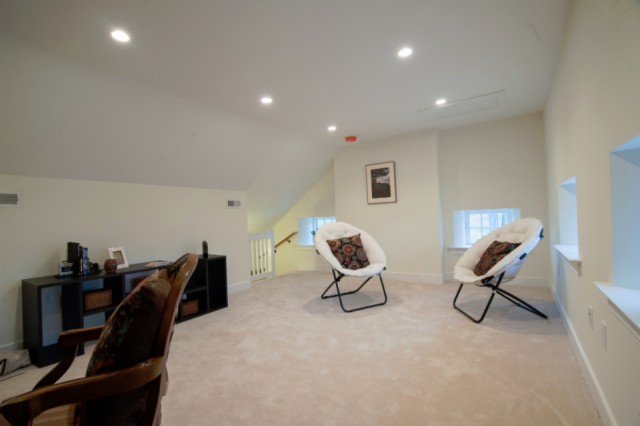 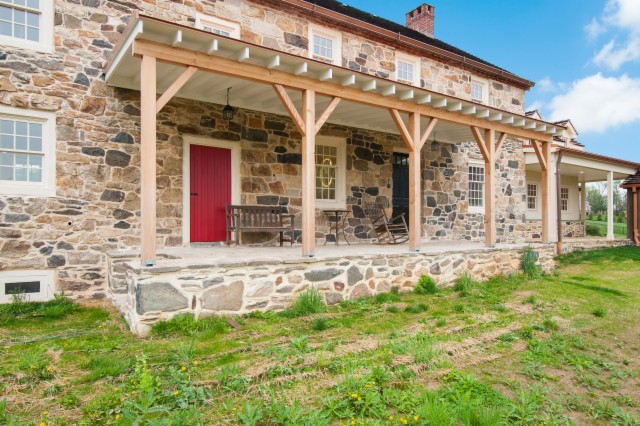 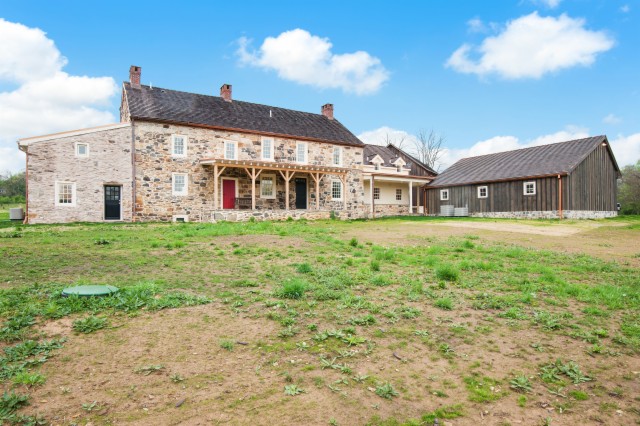 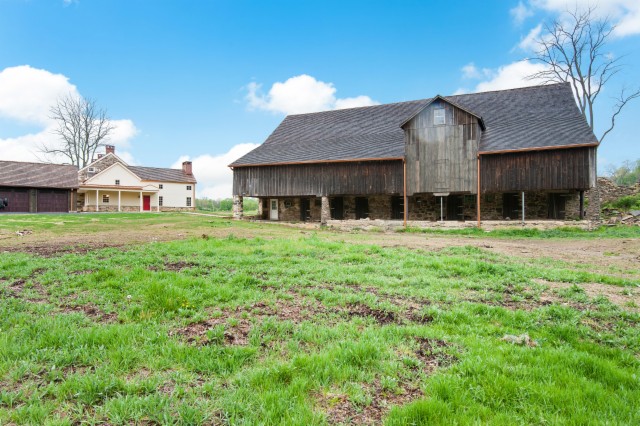 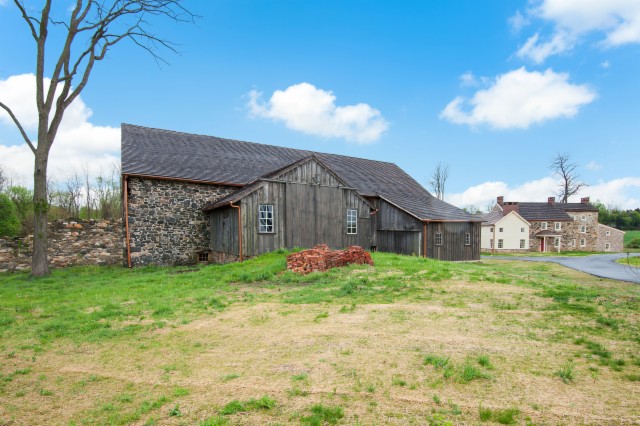 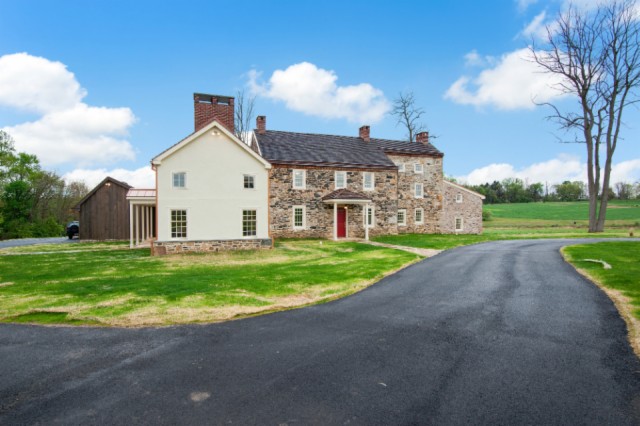 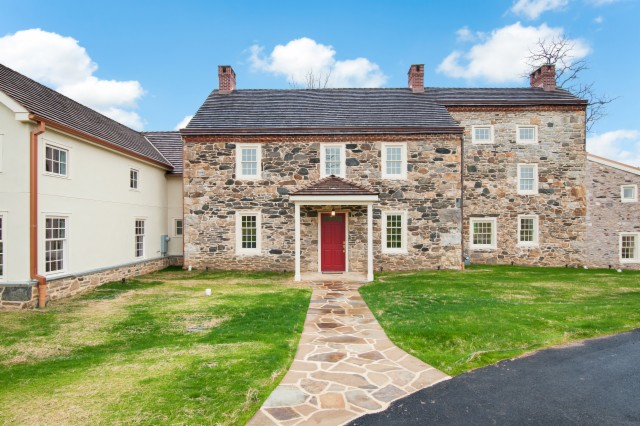 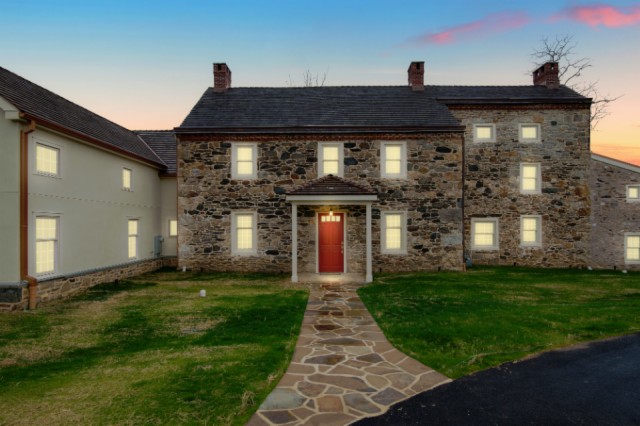