The University City Science Center begins its transformation into a massive live/work/play innovation hub that connects to the surrounding communities. Market Street is exploding with development, and the University City Science Center is looking to position it campus as the western anchor of Philadelphia’s burgeoning innovation corridor. That starts with re-thinking about what the Science Center has been, what it is today and what it’s going to become.

The answer to that last bit was unveiled yesterday on the rooftop of a parking structure that will eventually become the corner of the soon-to-be re-introduced 37th and Market Street. As both a brand and a place, the Science Center will henceforth be known as uCity Square.

“Science Center’s campus for over 50 years has been largely two-dimensional with buildings on both sides of Market Street,” said Dr. Stephen Tang, President and CEO of the University City Science Center. “This is really a third dimension, the whole uCity Square concept.”

The massive development project will see the Science Center swell from over 1 million square-feet to 6 million square-feet by the time the 10-year, $1 billion (plus) plan is completed. The addition of the University City High School site directly north of Market Street makes it all possible to create this new live/work/play environment, with what developers Wexford Science + Technology call “a community of ingenuity” full of a mix cutting edge lab, office and retail space.

Both Tang and Joe Reagan, Wexford’s vice president of development, think the finished product will be unrivaled on the East Coast-including Cambridge’s tech hub, Kendall Square. The future site of the public square is roughly marked by the green balloons.

“I think the uCity Square name will engender a broader audience than just the Science Center has been used to attracting over time,” said Tang. “It’s designed to be more expansive and inclusive in its name and definition.”

With Comcast building a second tower, Independence Blue Cross taking over the 1900 block of Market, a world-class Eds and Meds sector, the expansion of the Navy Yard, Drexel’s nearby Innovation Neighborhood and a tech scene emerging in neighborhoods like Old City and Midtown Village, Philadelphia is rapidly making a case as a rising center for innovation. It just needs to become a “known” player on the scene.

“The kind of vibe we’d like to have here is similar to what they have in Mission Bay, San Francisco, Where they have a residential component tied to the actual office and lab for innovation,” said Tang. “It’s actually something that goes beyond what iconic places like Kendall Square have. Kendall Square has great space for labs and offices, but not much in terms of residential or retail. I think that we’re hoping to bring all that together.” Reagan explained they have what amounts to essentially six development pads,”they’re all sized so that they accommodate a center core for a lab office building or a residential building.” The first two projects include 3675 Market, which is currently a parking garage and will bring back 37th Street and connect it through the site to Lancaster Avenue, and a low-rise residential building at the where Lancaster and Powelton avenues meet at the north end of the development.

“We anticipate that, besides the low-rise residential up against Lancaster and Powelton, that there is the opportunity,” Reagan explained,  “if the market demand is such, that we could accommodate another, in this case, mid rise or high rise residential on the scale of 3601 Market or the scale of 3737 Chestnut … around 300 to 350 units.”

Any to ensure the next crop of innovators doesn’t live and work in an environment as sterile as one of the clean rooms in the Science Center, the new neighborhood will be anchored by walkable streets, plenty of retail and a lively square, which Reagan referred to as the” College Green” of the Science Center. “uCity Square will become that kind of place … a signature outdoor space,” he said.

It’s clear the team means business about this live/work/play angle, they opened Han Dynasty at 3711 Market and will introduce a slew of locals at 3601 Market in 2016. The more office-oriented retail spaces will gravitate towards the business-like Market Street side of the campus, with the potential for a “big box” retailer holding fort at 38th and Market Street, according to Reagan. A grocer will anchor the center square and more neighborhood-oriented retail and restaurants, serving the community to the north as well as tenants, will branch out towards Powelton and Lancaster avenues.

“I think the demographics are working in our favor,” Tang admitted. “The increasing numbers of those in the millennial generation that want to live in the city and want to work in the city make it a different pattern that we’ve had in the Greater Philadelphia area for the last several decades … I think the fact that people want to be in the city means that they want all the amenities, cool places to eat, to shop, to entertain themselves. I think it’s all coming together.” 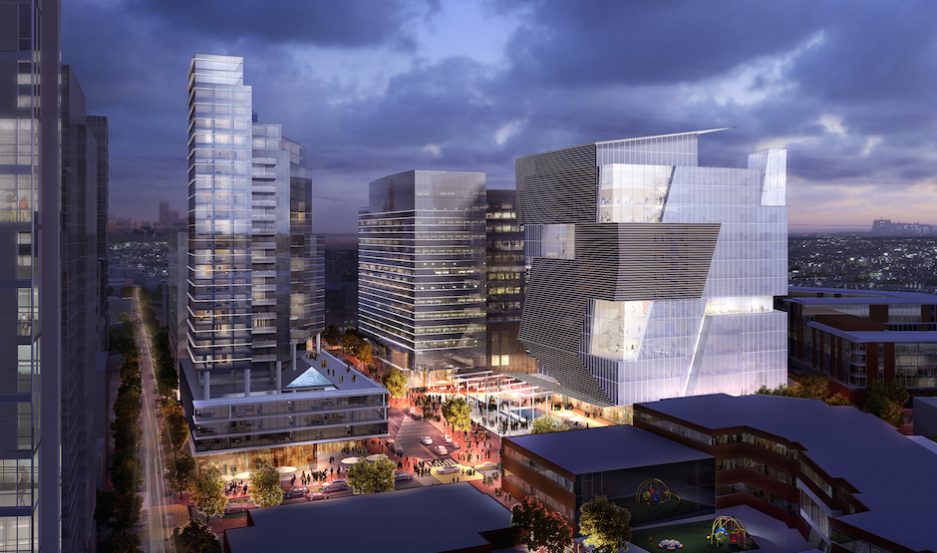 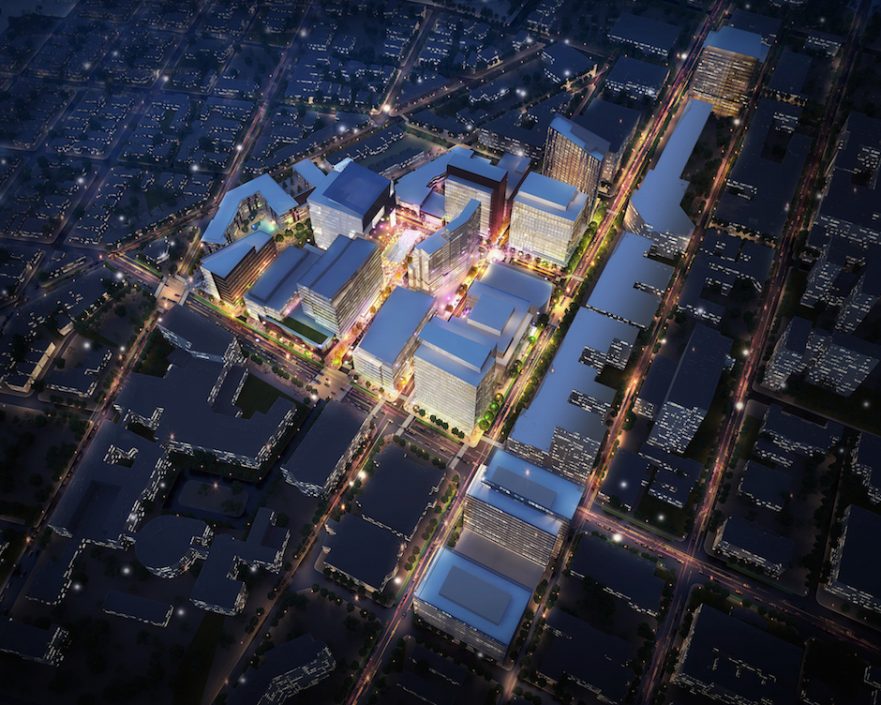 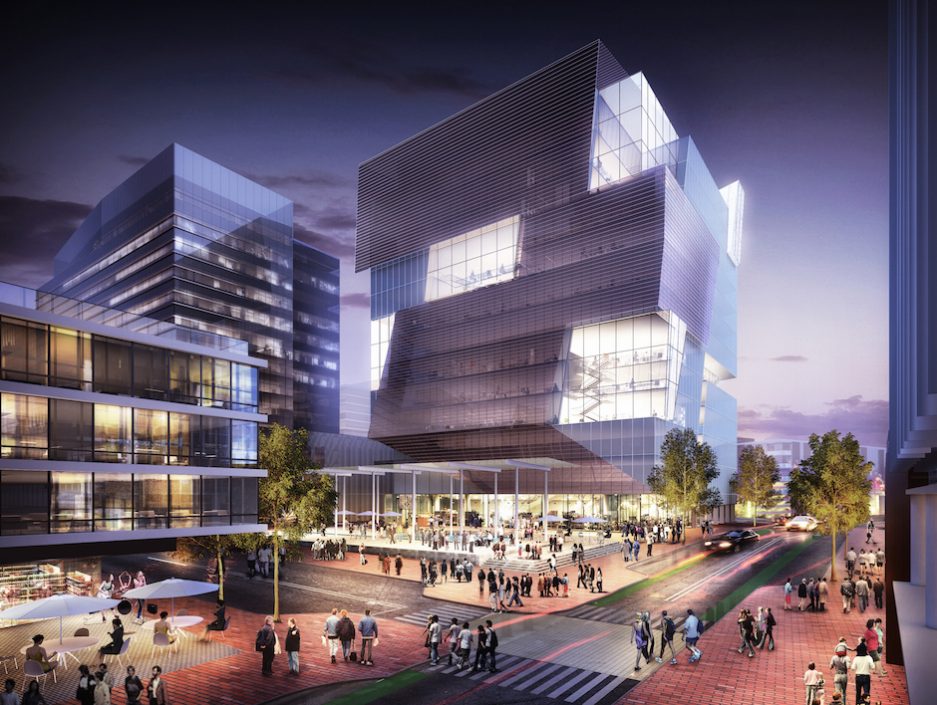 The building at 1 uCity Square and the public space 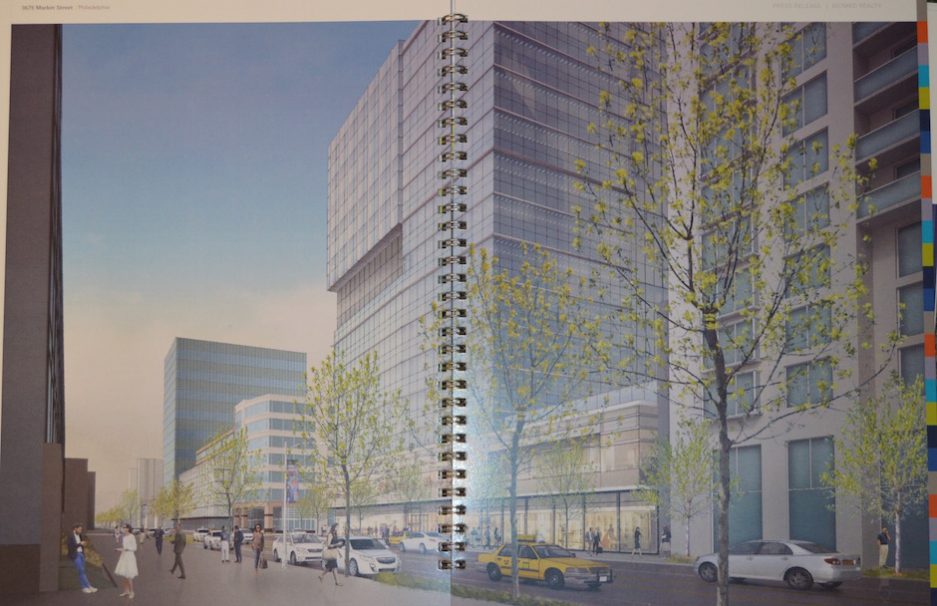 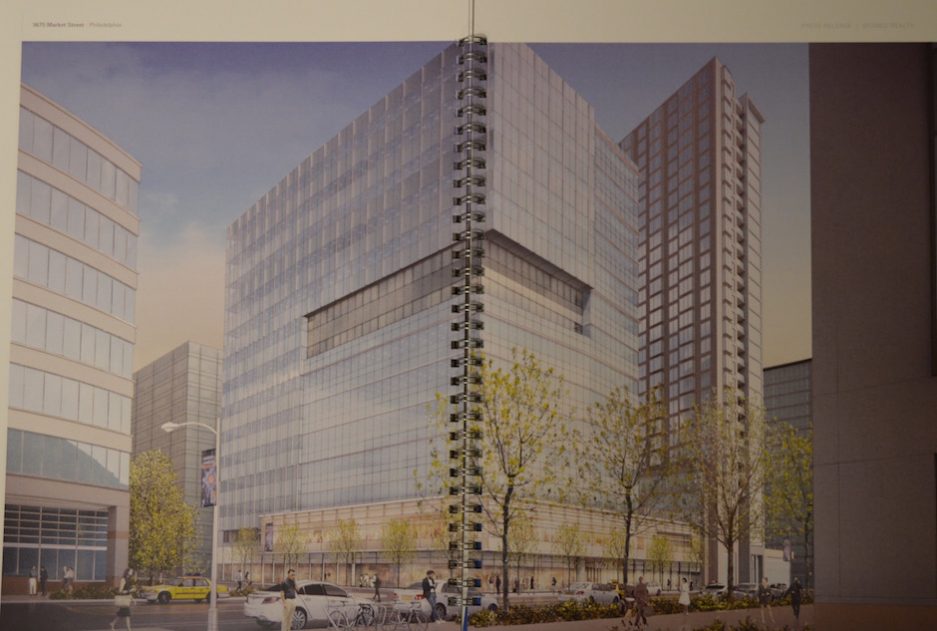 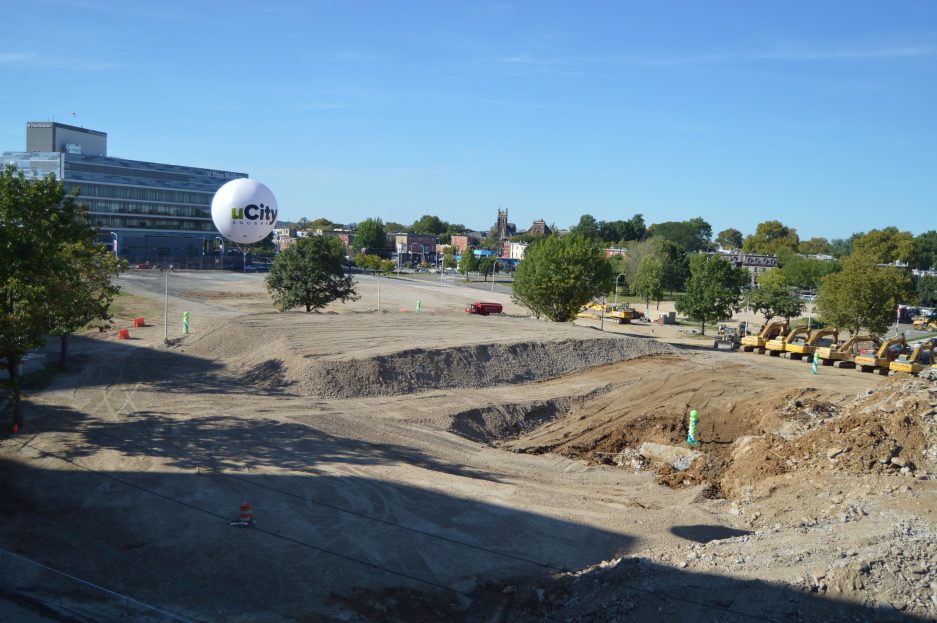 The future site of the public square is roughly marked by the green balloons. 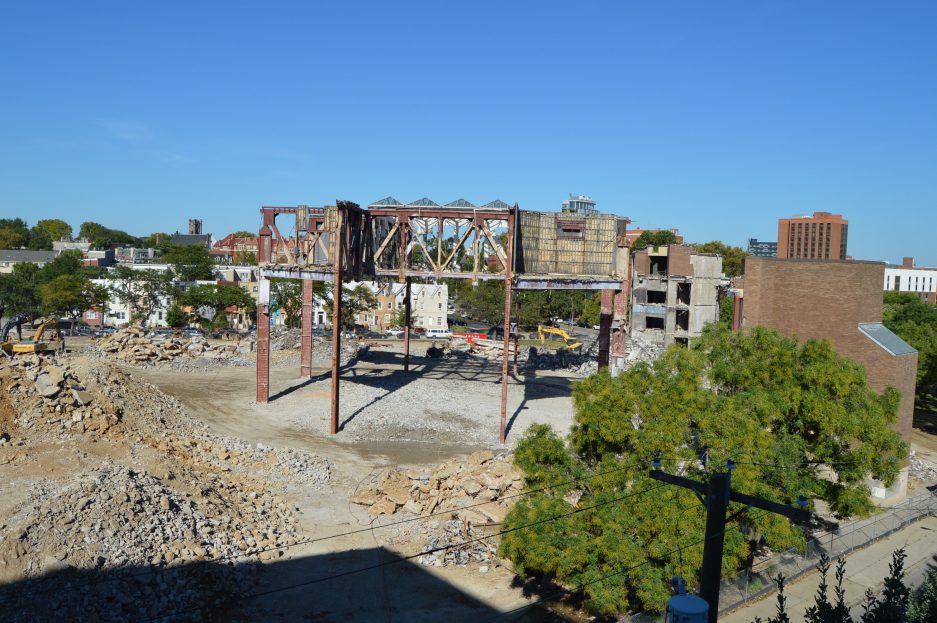