Financing is lined up and the new designs are in at 205 Race. Earlier this week, we put you onto to the news that construction permits were granted for the 205 Race project in Old City. At the time, no groundbreaking had been set in stone, but we had heard that an announcement was forthcoming. Fast forward a few days and a rep from the project has confirmed that a groundbreaking is now scheduled for August 5 at the site.

According to Jacob Adelman of The Inquirer, developer Brown Hill only recently settled upon the new design (by Gluck+ of New York) and secured the funding for the project: “The $65 million project is moving forward after the developers secured a $45 million construction loan from Citizens Bank.”

The mixed-use building, now called The Bridge on Brown Hill’s website, will include a four-story base that will house the retail space, apartments and be topped a green amenity deck. A 17-story tower will rise alongside the Ben Franklin Bridge and be situated toward the 2nd Street side of the lot. Rents are expected to be range from $1,900 per month up to $3,500 per month for studios and two-bedrooms units, respectively.

There have been a series of design changes over the years, from a modern and boxy version to a brown, Tetris-like facade (which we kind of dug). Then it morphed into a steel-y, Euro-like building. Finally, we have what now looks like a combination of each iteration–minus the boxy one. As PlanPhilly’s Jared Brey notes, it wasn’t purely for aesthetics, either.

“It was also redesigned so as not to block any drivers’ views of the [Keystone Outdoor Advertising] billboard across the street. Go ahead and read that sentence again if you like. This is our world.”

So, what do you think? Are you down with the new design and excited for this new project to officially get underway? 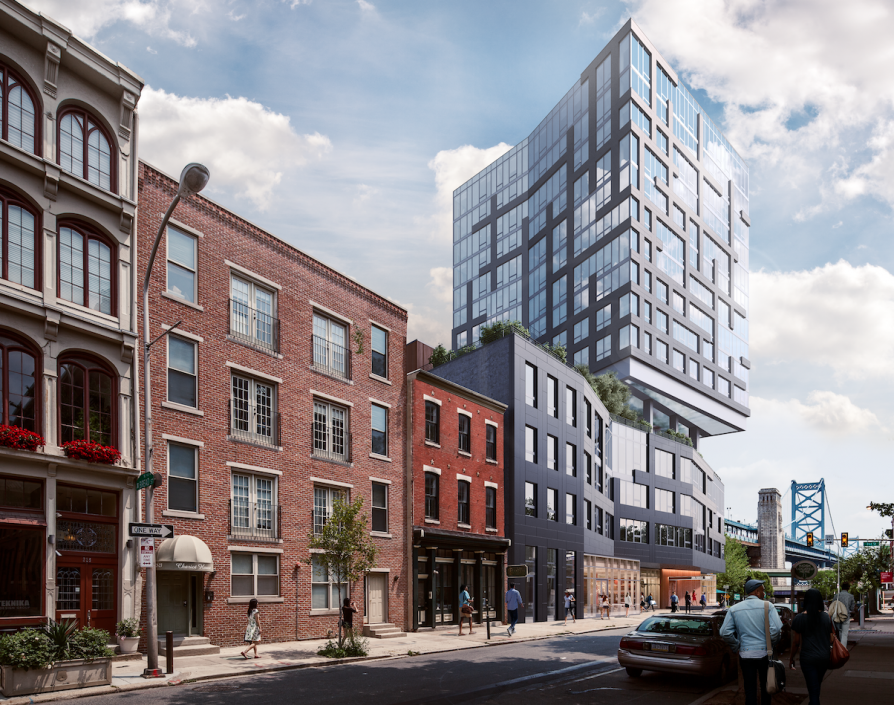 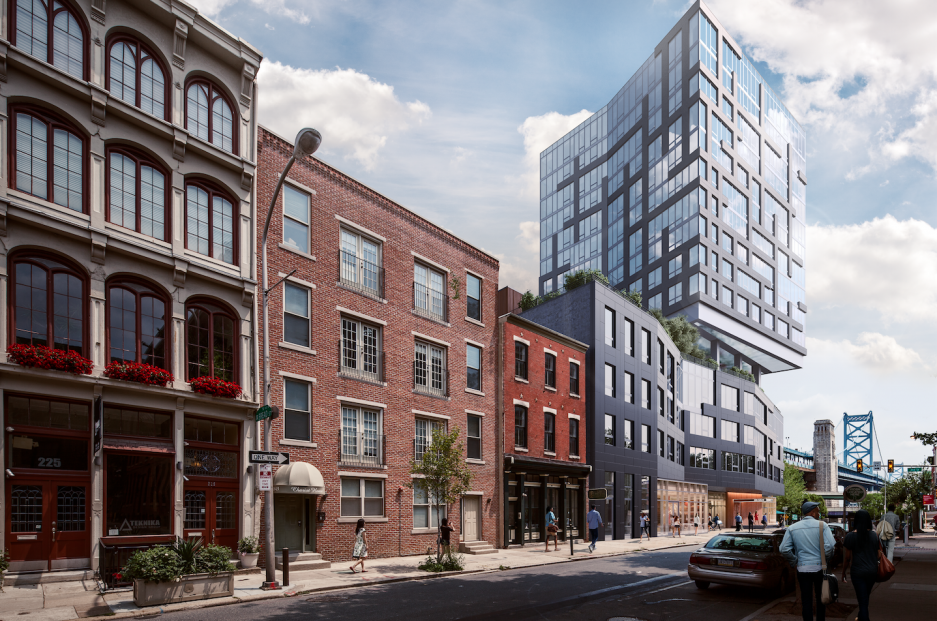 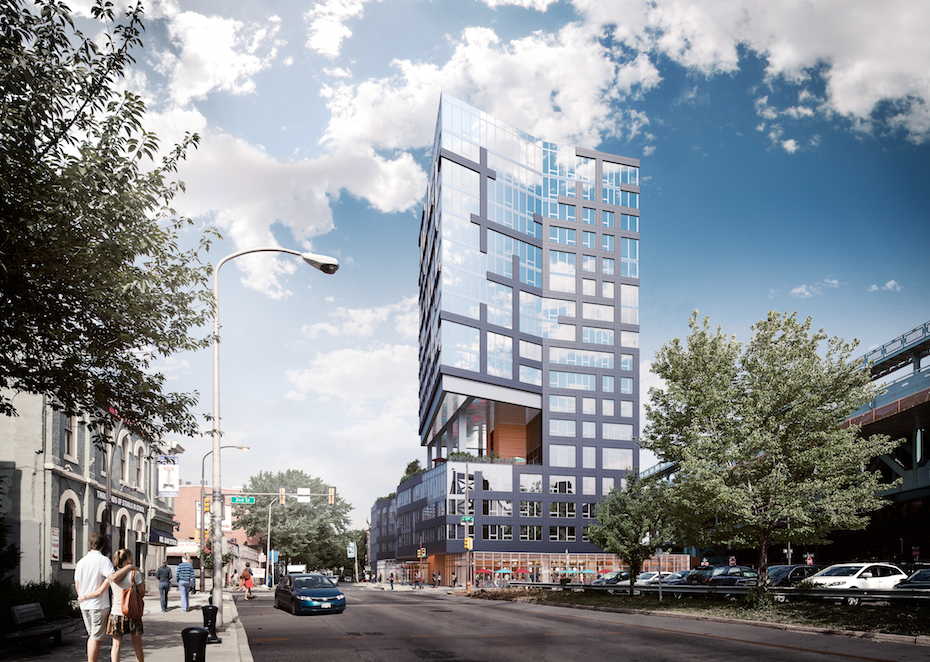