The SoNo project in Northern Liberties looks for that perfect mix of cool for small, medium and large office tenants. When Destination Maternity decided to sell their headquarters at 5th and Spring Garden Street in Northern Liberties to Alliance Partners HSP in fall 2014, it opened up a whole new world of possibilities for the new owners. Rich Previdi, founder and managing partner of Alliance Partners HSP, said they were looking at the aerial view of the area prior to the $13 million deal and saw this “big white blotch” on the map. It turned out to be the roof of the Destination Maternity site, and Previdi knew they had the opportunity to develop a transformative project.

Creative office space is all the rage these days. Nearby N.3rd Street from Old City to Fishtown is teeming with creatives and tech-driven companies, East Market is about to enter the fold and even Finnigan’s Wake is looking to transition onto the scene. Everyone these days is going vertical, but the Destination Maternity site–dubbed SoNo for “South Northern Liberties” by HSP–gives them the opportunity to spread out a creative office project chock full of amenities into what they hope will become a campus of cool. They’re going horizontal.

As Previdi put it, the site “might be as unique a property as we’ve ever worked on,” so they wanted to bring something different to Philadelphia. The development team toured the offices of all the big boys on the West Coast, including the likes of Air BnB, Pixar, Sales Force and Twitter. “We got a pretty good handle about what the edge was [in terms of design].” Noted architecture firm ZGF out of Seattle will design the space.

Previdi said they’re marketing the space nationally to tech firms and “three or four” tenants have “expressed a real desire [to be at SoNo].” Philadelphia’s strong Eds and Meds sector and millennial population is a huge draw for companies, and they received “good feedback” from Washington D.C., New York and even Boston. As far as a timeline goes, Destination Maternity packs its collective bags for New Jersey in the fall, at which point Previdi said the project could “very realistically” take 18-months to complete.

Here’s a look at the upfront video they’ve created to show prospective tenants. The beginning is mainly stats about the Philadelphia market, but stay tuned for mind-blowing fly through designs around the 1:30 mark:

The vision for SoNo includes a mix of large, medium and small companies working in a creative and collaborative office community environment. Previdi was amazed to learn that the larger- and medium-sized companies were the ones who wanted the mix of different sized tenants in the building. “I’ve never experienced that before. It’s really kind of a neat thing.” Ultimately, he expects two or three tenants to take around 40,000-square-feet a piece, with the medium to smaller companies filling out the rest of the space.

In order attract companies to a horizontal office environment outside of the traditional central business district, SoNo aims to bring something akin to what URBN has down at the Navy Yard, a uniquely designed space with plenty of amenities. Renderings show open work spaces with huge skylights and wood grains, outdoor seating areas with food trucks and even stadium seating for presentations.

Previdi said the cafeteria will bring healthy food options to workers and touted its proximity to public transportation and 75 bike parking spots. He also mentioned it as a key site near the upcoming Rail Park and Spring Garden Street Greenway. For those who would make the commute in from the ‘burbs, renderings show plenty of onsite parking. Other amenities would include exercise rooms for yoga and other classes.

Plans also call for a rooftop amenity deck, which would contain other “club areas” for outdoor meetings and events, “almost like a private club.” 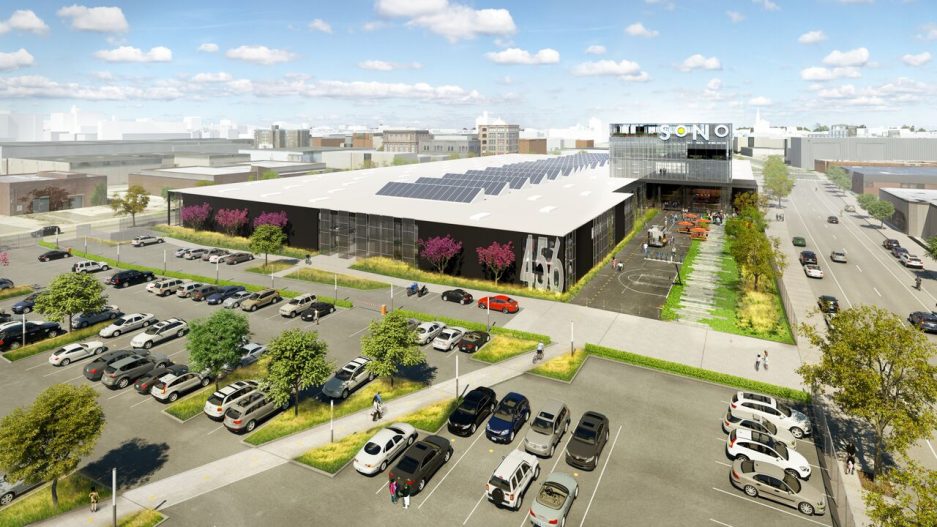 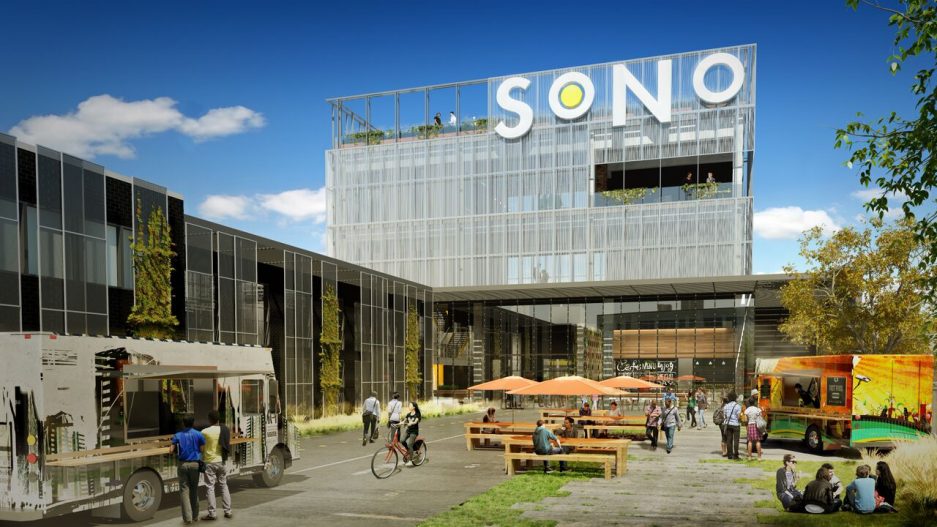 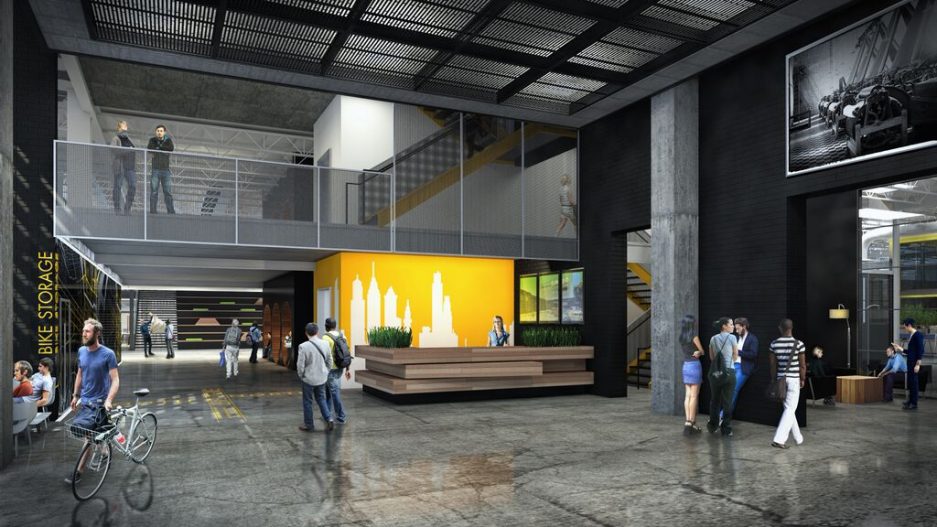 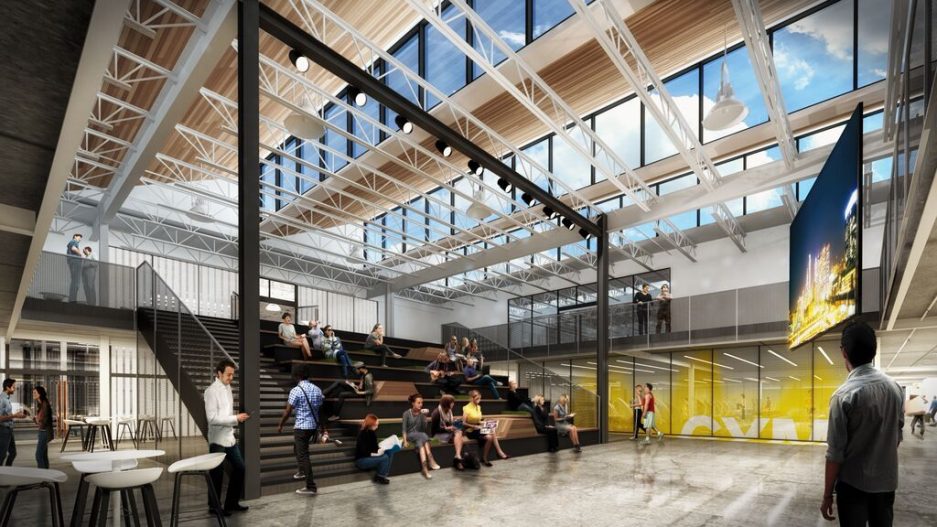 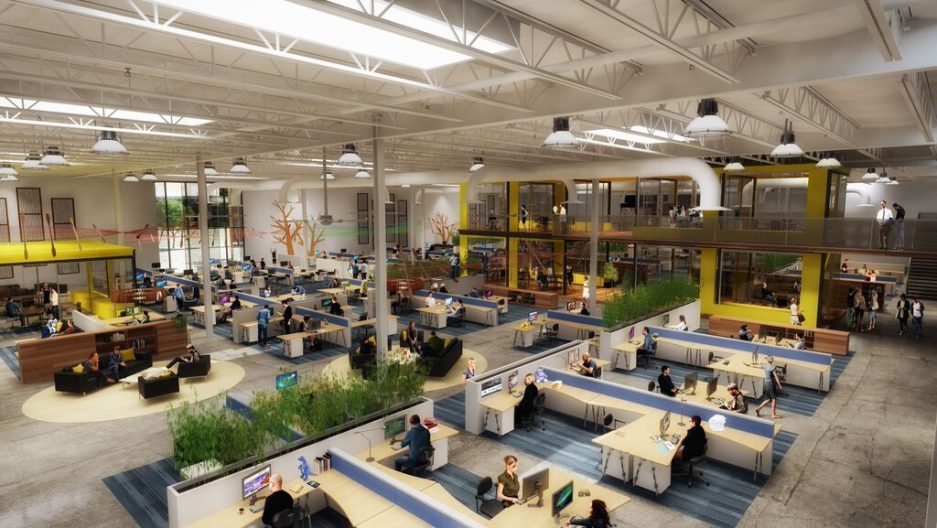 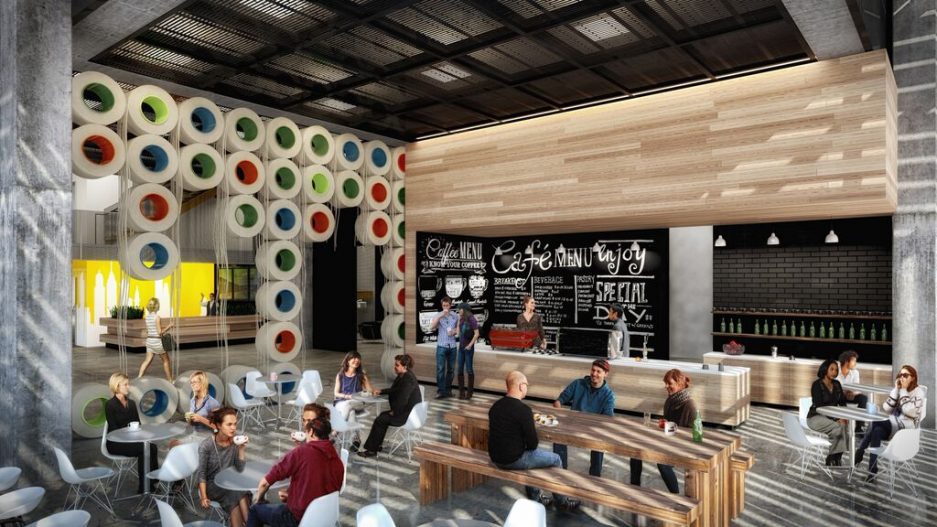 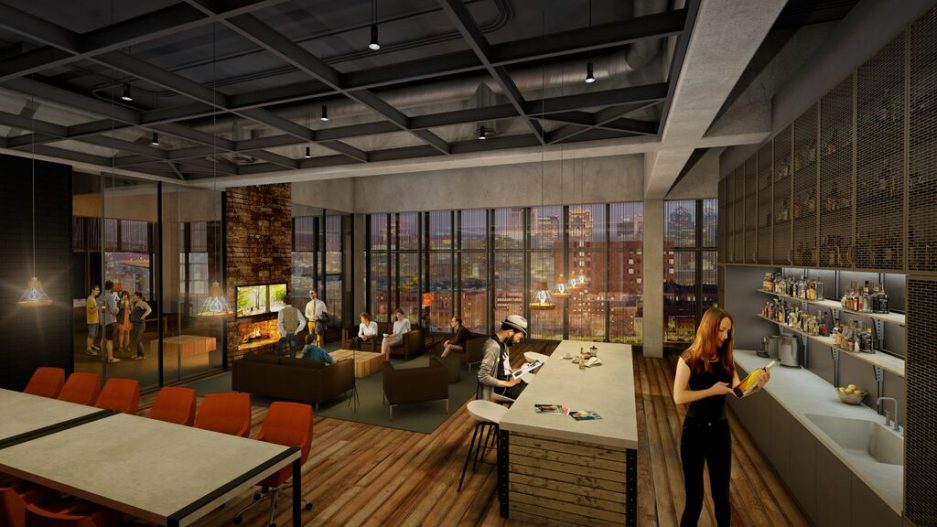 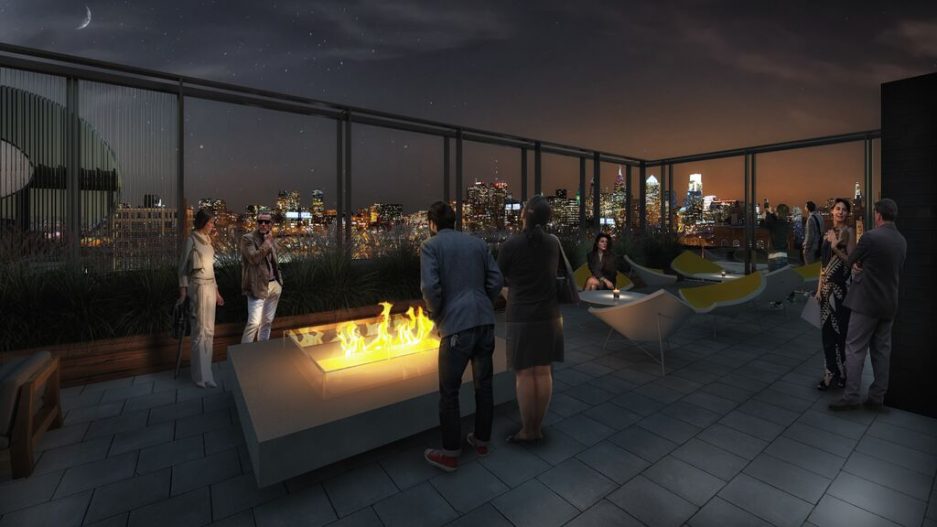