The developer has an eye out for additional tenants as well. The former Saint Peter’s Church of Christ building at 4700 Kingsessing Avenue has already started to see renovation work, as previously reported, but the property still requires a zoning variance if its to become a permanent community fixture. And it looks like its well on its way, according to developer Guy Laren: “The ZBA asked very positive questions,” he says in summation of his Monday meeting with the city’s Zoning Board of Adjustment. He says he expects to hear an answer from them as early as the end of this week.

Laren’s plans for repurposing the old church and its parish house into a commercial space with two preschools, in this case the Children’s Community School and a Little Learners branch has been well-received by area residents, with the few worries aired coming from a community group called the Southwest Philadelphia District Services and “near neighbors concerned with traffic.”

Support, however, has been the predominant response. “Lights would be on,” on the relatively unfrequented corner, he says, and locals “generally liked it.” Among the project’s most vocal supporters were the parents of children enrolled at the Little Learners daycare at 46th and Woodland, as many hope the second location will help stall kids enrolled at the Woodland branch from being “graduated out” for lack of space. “This is not a chain that changes managers every three months,” Laren added. They would “both be amenities to the community.”

When asked who might take up the rest of the space not occupied by the preschools (Little Learners would have about 3,000 square feet; while the Community Children’s School, 6,000), Laren said he was “looking into anything, whether it’s a commercial tenant” or residential. At this point, “it’s still too early to see whoever the next set of tenants” will be, he said.

As for its design, Laren says although he and his team will “have to make some concessions,” the structures “look is similar to what was there many years ago,” a nod to the historic preservationists who helped save the Furness-designed property from demolition last year. 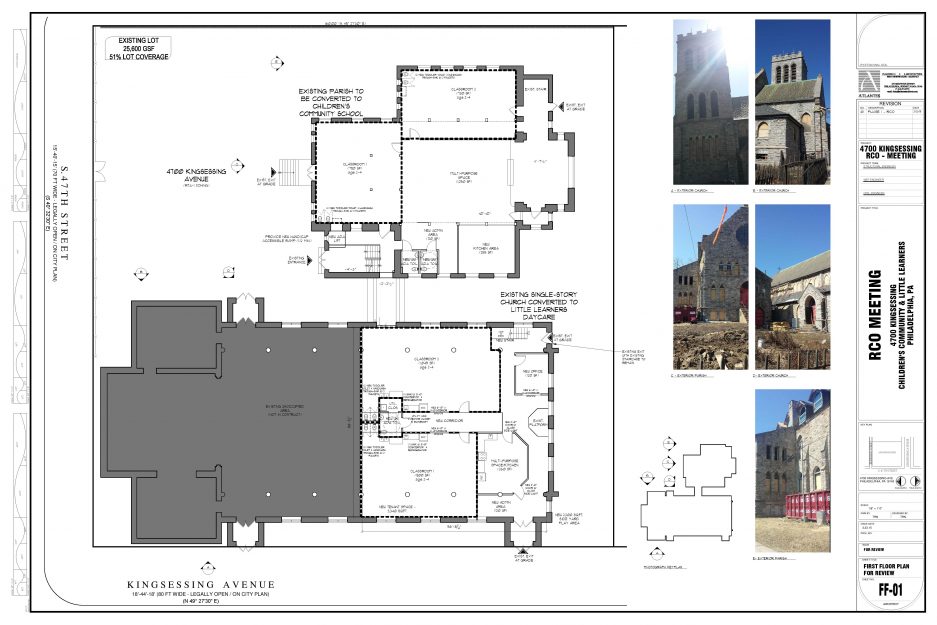 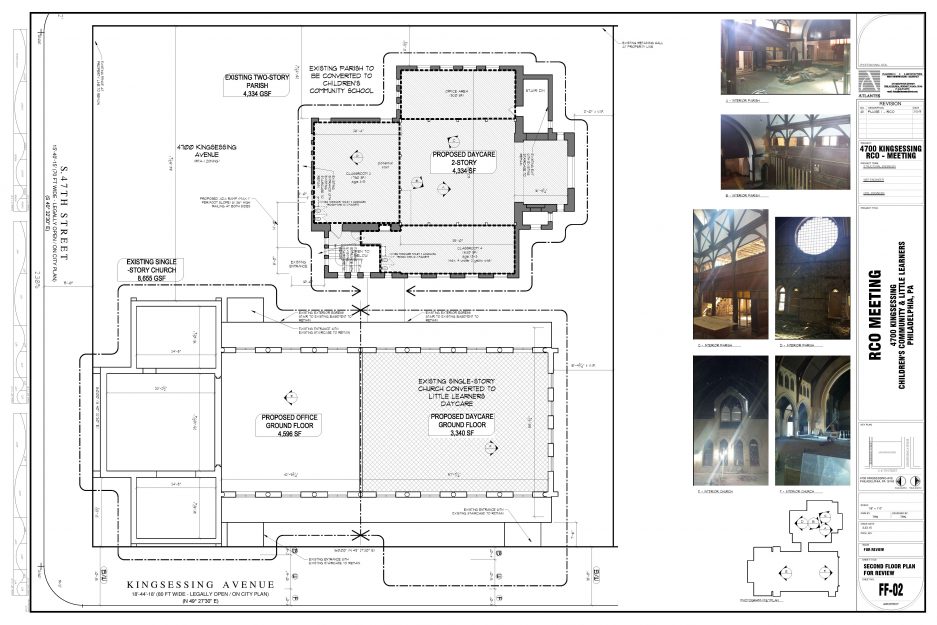