Inside the Greenest Building In Town

Paseo Verde is the first LEED-ND Platinum certified development in the country. Imagine an apartment where the thermostat can tell you when you’re using too much energy. How about an apartment building where bikes outnumber cars in its (mostly empty) parking garage?

We’re sure there’s nothing quite like that anywhere else in Philadelphia.

In fact, there’s nothing like Paseo Verde anywhere else in the country: It’s the first mixed-use, mixed-income residential-commercial structure to earn the new LEED-ND Platinum certification.

The “ND” stands for “Neighborhood Development,” and Paseo Verde is large enough to qualify as a neighborhood unto itself. Last week, the Urban Land Institute Philadelphia chapter offered its members a chance to take a look around the neighborhood, and we went along for the trip.

Occupying a narrow, block-long strip of land right next to Temple University Regional Rail station, Paseo Verde is designed so that both the building and its residents can live lightly on the earth without giving up comfort and convenience.

A joint development of Associación Puertorriqueños en Marcha for Everyone (APM) and Jonathan Rose Companies, this is affordable housing that doesn’t look like “affordable housing.” The units for low-income residents are built to the same standard and with the same materials and features (granite countertops, stainless steel appliances) as the market-rate units. Of the 120 one-, two- and three-bedroom units, 67 are market-rate and 53 are affordable units offered to families with incomes up to $68,000 per year, with income caps dependent on family size.

The builders revived a style of urban apartment construction common in the early decades of the 20th century. The 120-unit development consists of four separate wings – “bars,” as project architect Antonio Fiol-Silva of Wallace, Roberts and Todd called them – connected by a passageway structure. The design allows adequate light and air to reach every apartment and allows for the creation of landscaped courtyards between the wings. Those courtyards in turn form the green roof of the first floor, which contains 30,000 square feet of commercial and community space that houses APM’s new headquarters; a pharmacy; a health clinic; a fitness center; community rooms; and a parking garage.

The green-roof courtyards between the building’s bars are open to the community and include both a community terrace and private terraces for the second-floor apartments. They’re meant to resemble interior paths – the source of the building’s name, which means “green walk.”

Complementing the green roof over the first floor is a blue one over the bars. This, more than the solar panels and green roof, is Paseo Verde’s most distinctive eco-conscious feature. What makes the roof blue is not its color – that’s white, in order to reflect solar energy and keep the building cooler in summer – but its role as the point of entry for a system that stores rainwater for gradual release into the city’s sewer system. Developed in consultation with the Philadelphia Water Department, the rainwater storage system is designed to capture all of the runoff from a 100-year storm, thus easing the burden on a local sewer network that would otherwise be overtaxed by the building’s presence in a heavy downpour.

A fifth building, separate from the rest of the development, also displays intelligent design. It consists of six townhomes with a total of nine rental units, three of them fully accessible for residents in wheelchairs. Those three units take up the first floor of the row. The other six units are two-story apartments on top.

The building’s colorful exterior consists of a mix of surfaces, including wallboard, brick, metal panels, stucco and siding. “Our wall supplier keeps calling us asking if they can come and take pictures of the building,” Fiol-Silva said, “because we used every material they had in stock.”

The apartments themselves contain a host of energy-saving features, including tankless instant water heaters and triple-paned windows. The thermostats that control the heating and cooling system may be the most novel energy-saving feature, though: they can transmit data to a central system that can then notify tenants if their energy usage is higher than average for the building and suggest how they can reduce their consumption.

Residents of all wings have access to all of the complex’s facilities, but the affordable-housing wing is physically detached from the others – the one interior connection between it and the rest of the complex is via the first-floor parking garage. That garage has 67 parking spaces, but most days, Fiol-Silva said, there are no more than 20 cars in it, and half of those are fleet vehicles for APM; Fiol-Silva added that bikes in the garage’s bike racks often outnumber parked cars. As almost all the units in the complex have been leased and occupied, this suggests the developers have succeeded in creating a residential community whose members can indeed live a car-free life, and its location next to SEPTA’s fourth-busiest Regional Rail station no doubt helped them achieve that goal.

The materials that cover the complex’s west wall help shield it from the noise of the trains next door. The decision to put the connecting corridors on the west end of the project also arose from the desire to minimize noise for tenants. The presence of the station helps too: “The trains are already slowing down as they approach the building, which also cuts down on noise,” said Fiol-Silva.

Residents, however, could be lulled into a false sense of security by the views of the station at the end of each floor’s hallway: “If you see your train pulling into the station through that window,” he said, “you’ve missed it.” That’s because the entrances to the complex are on the east side, facing Ninth Street. However, SEPTA made improvements to the main entrance to Temple University station that makes its entrance and Paseo Verde’s south-side open space look and feel like a seamless whole.

As we said, there’s nothing like Paseo Verde anywhere else in Philly – and there’s not likely to be anything else just like it in the city in the foreseeable future, either: one real estate professional we spoke with during the tour explained that the development is the product of what might be a “perfect storm” in which city, state and federal assistance, along with the contribution of city-owned land in just the right spot – the site had been a Philadelphia Gas Works parking lot – enabled APM and Jonathan Rose Companies to put together a community like nothing this city has yet seen for a reasonable cost. 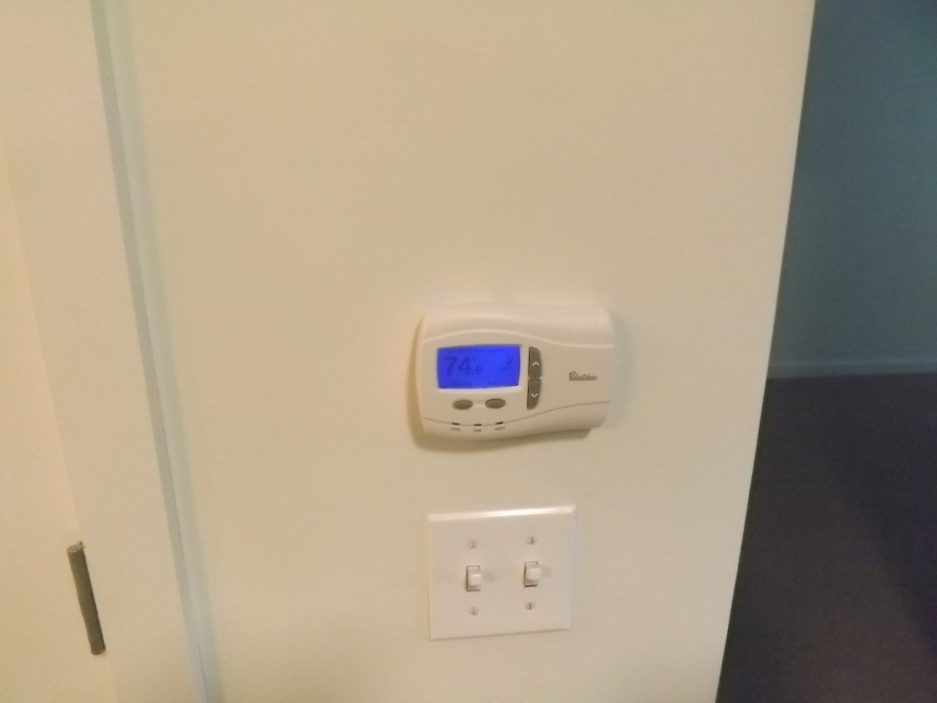 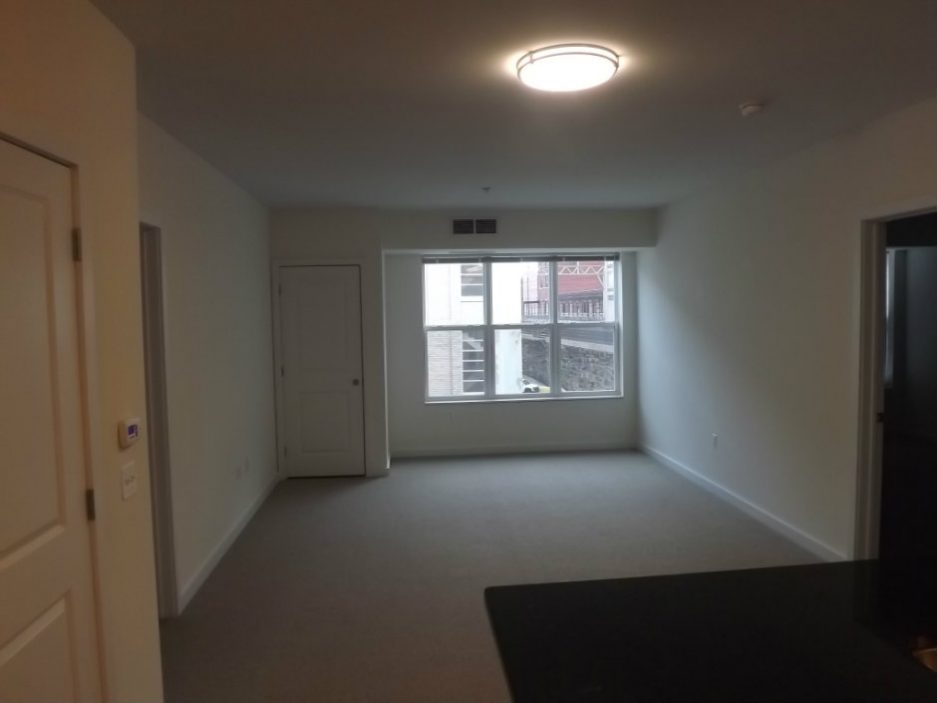 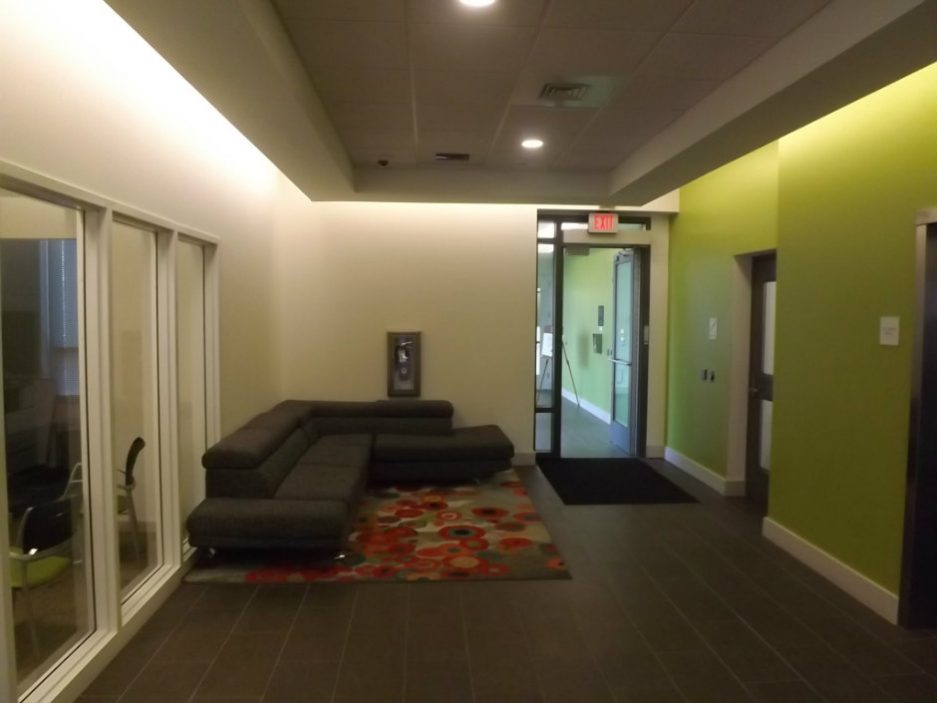 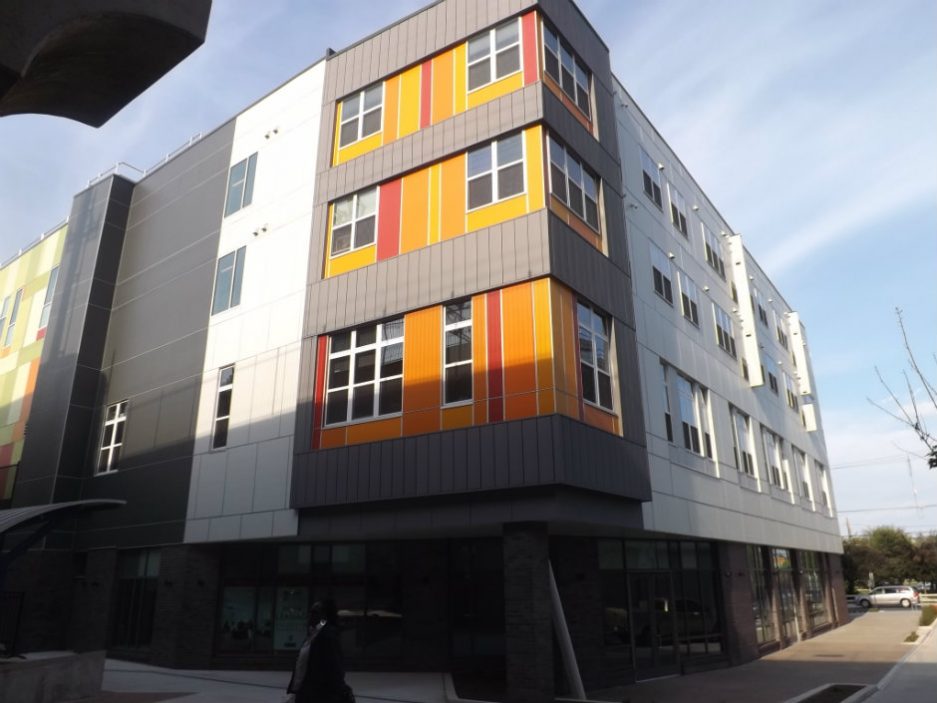 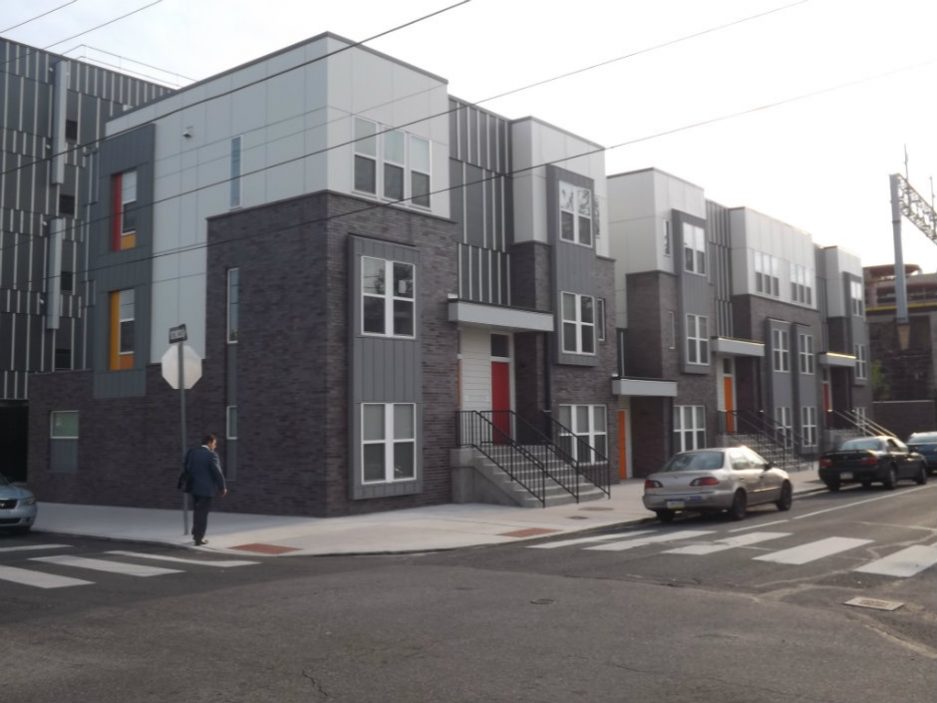 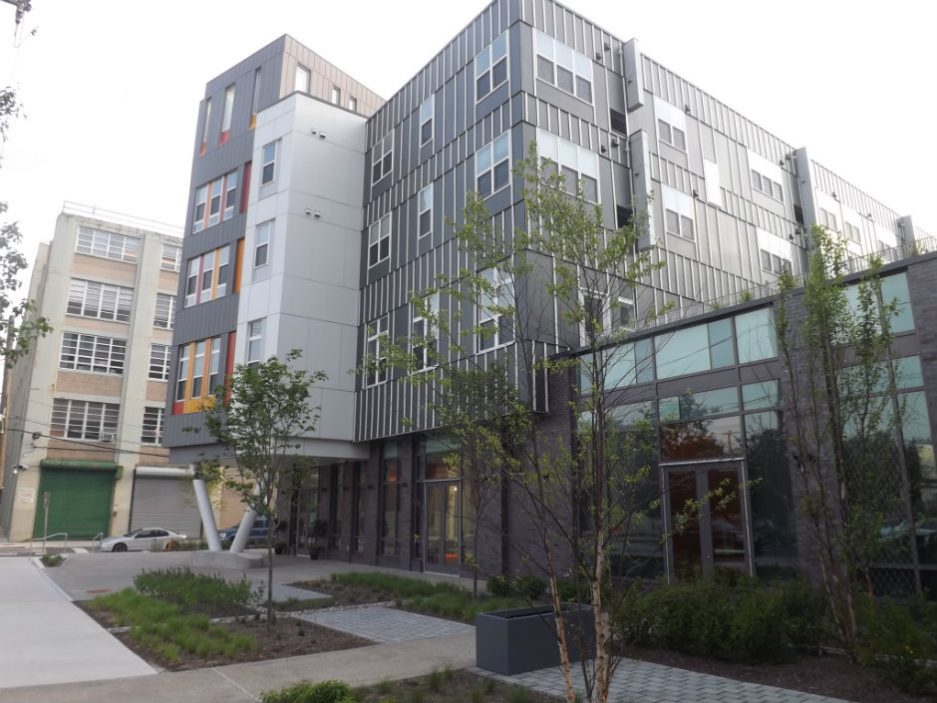 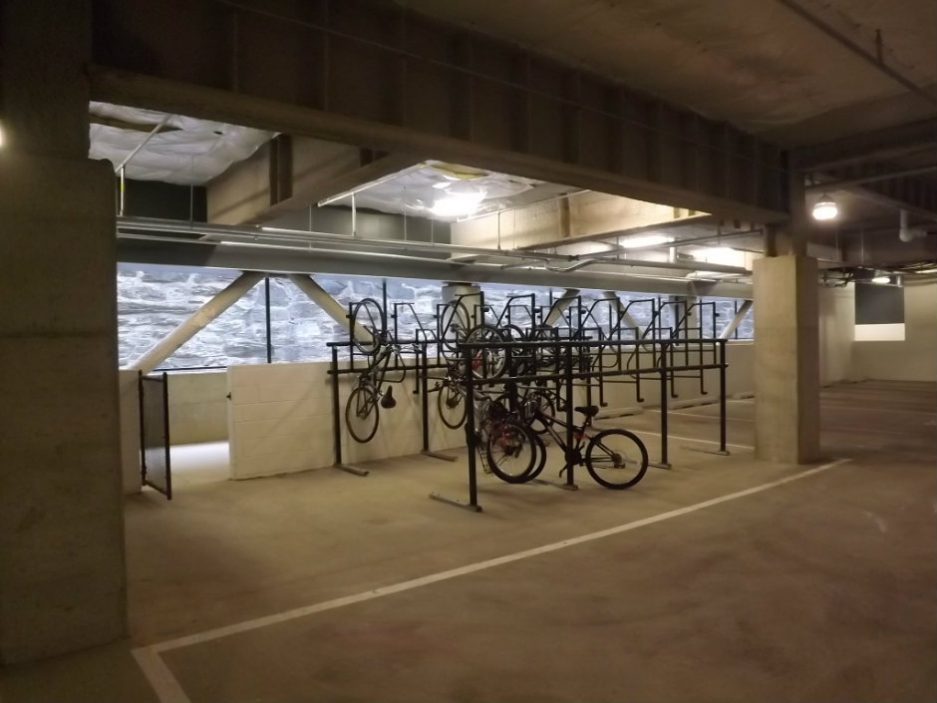 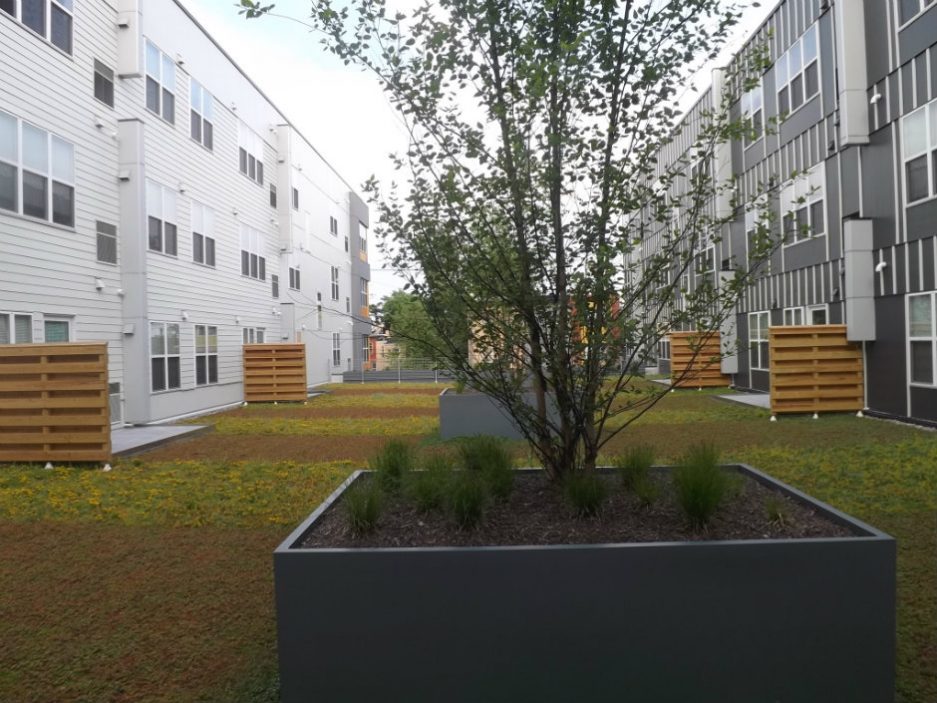 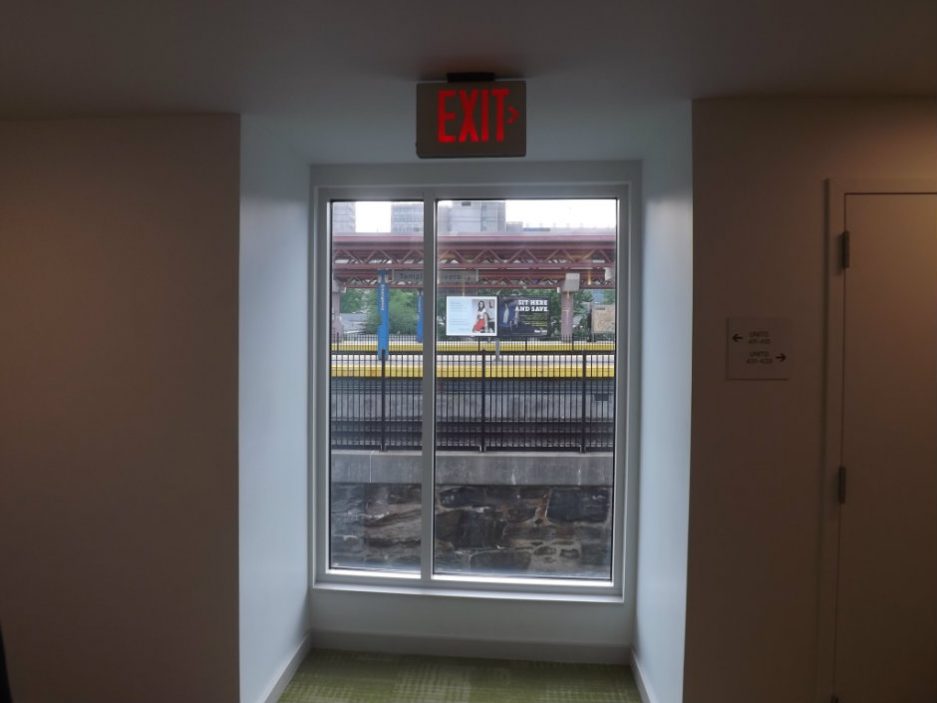 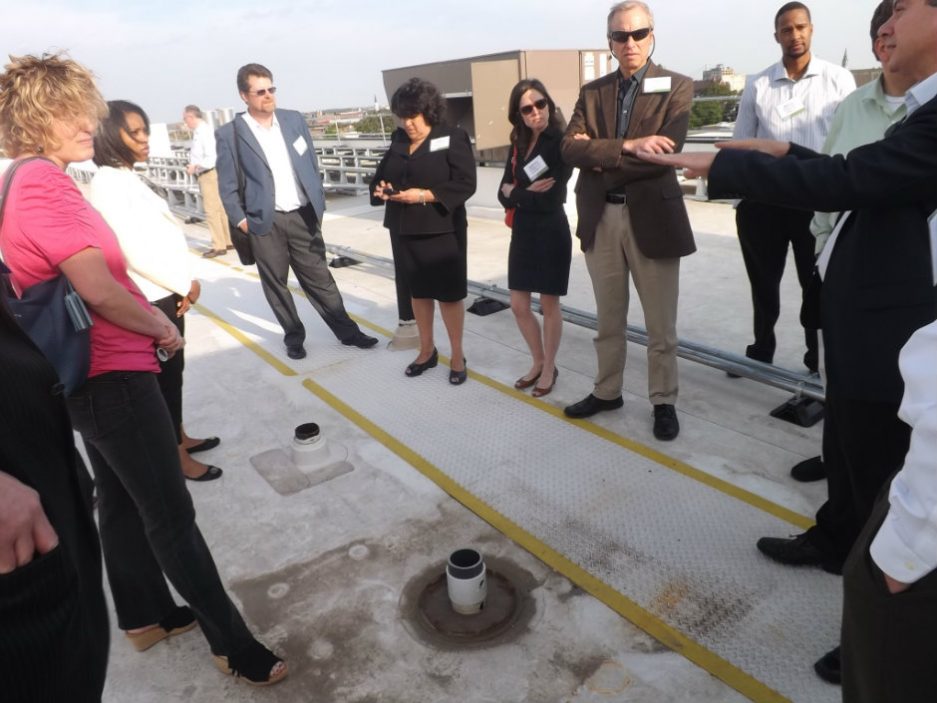