VIDEO: There Was a Super Cute Flash Mob Proposal at the South Street Festival This Weekend Freddie pops the question to a very surprised Erika.

Freddie Pantalone and Erika Tartaglini started dating nine years ago when they both worked at Cafe Giardino in South Philly, where they both are from. (Now, they both work at Angelo’s Marble & Granite.) The couple had a great time at the South Street Spring Festival the first year, and so Freddie thought it’d be the perfect setting to pop the question to Erika this year. He was right!

When Freddie was a Philadelphia police offer, he worked with the Philadelphia High School for Creative & Performing Arts, teaching the GREAT (gang resistance education and training) program to the students there, and was always amazed by the kids’ passion and dedication. Soon after deciding that a flash-mob style proposal was the way he wanted to go, he also came to the realization that his friends and family probably weren’t exactly going to pick up any kind of choreography with lightening speed. 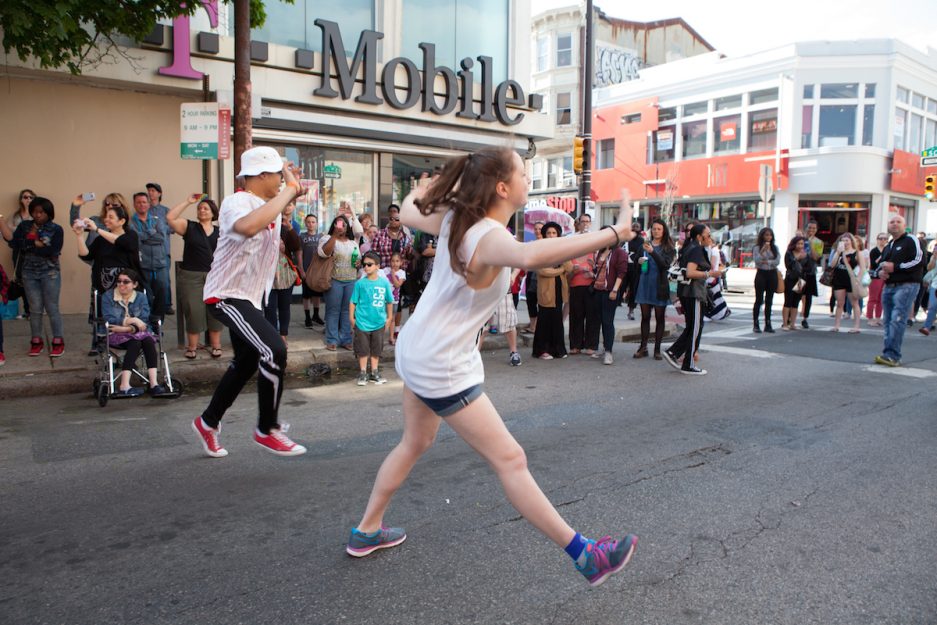 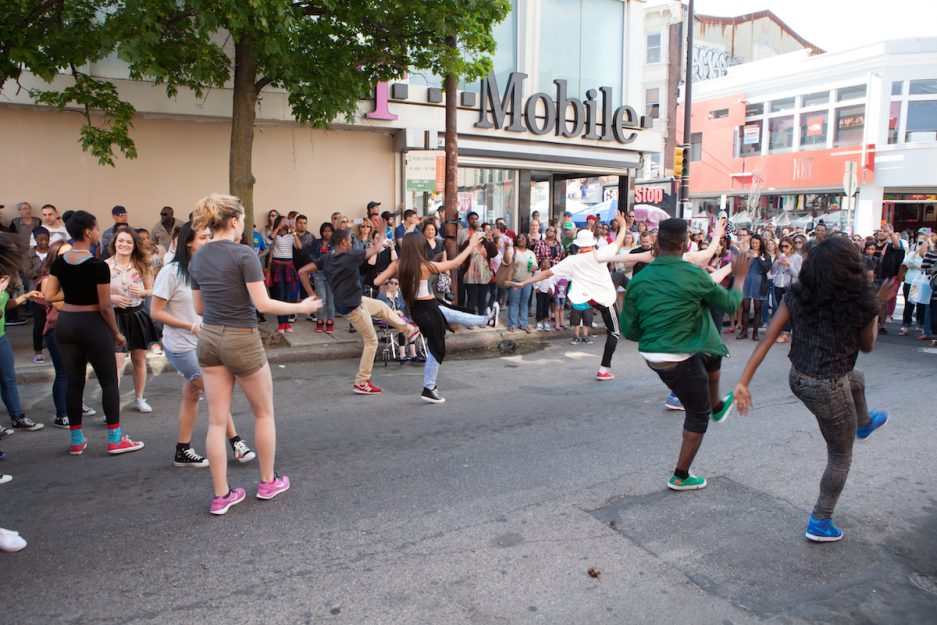 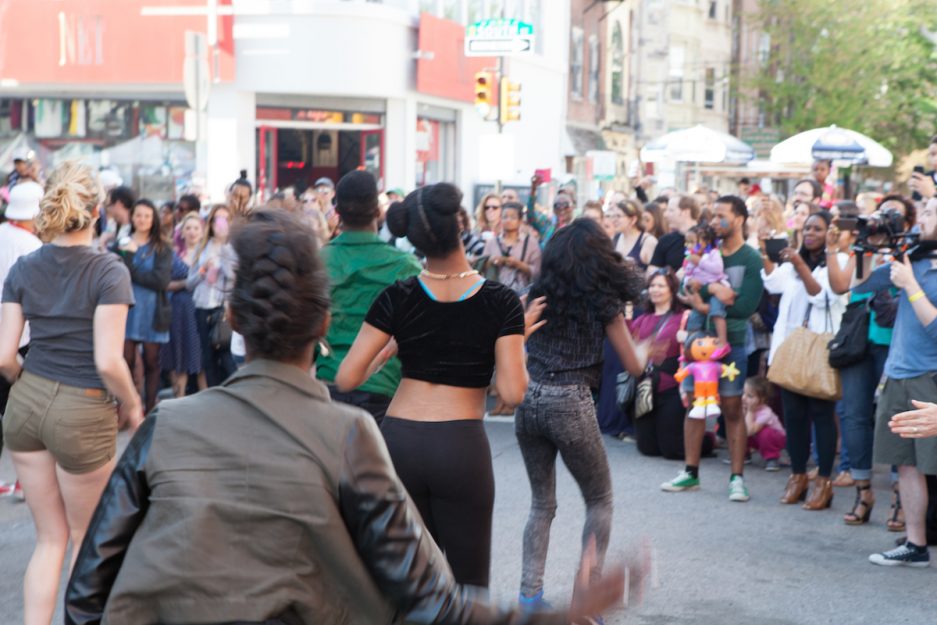 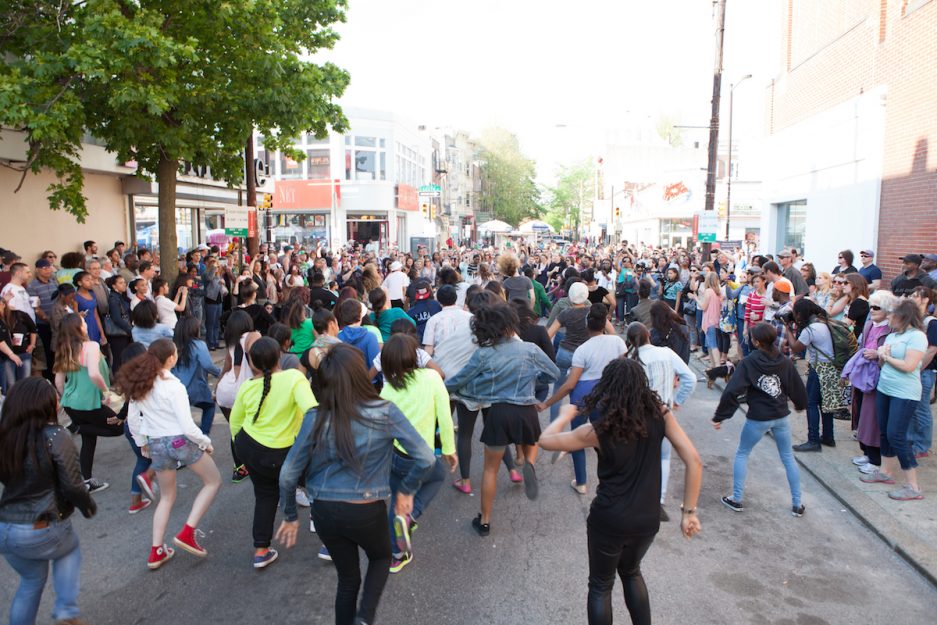 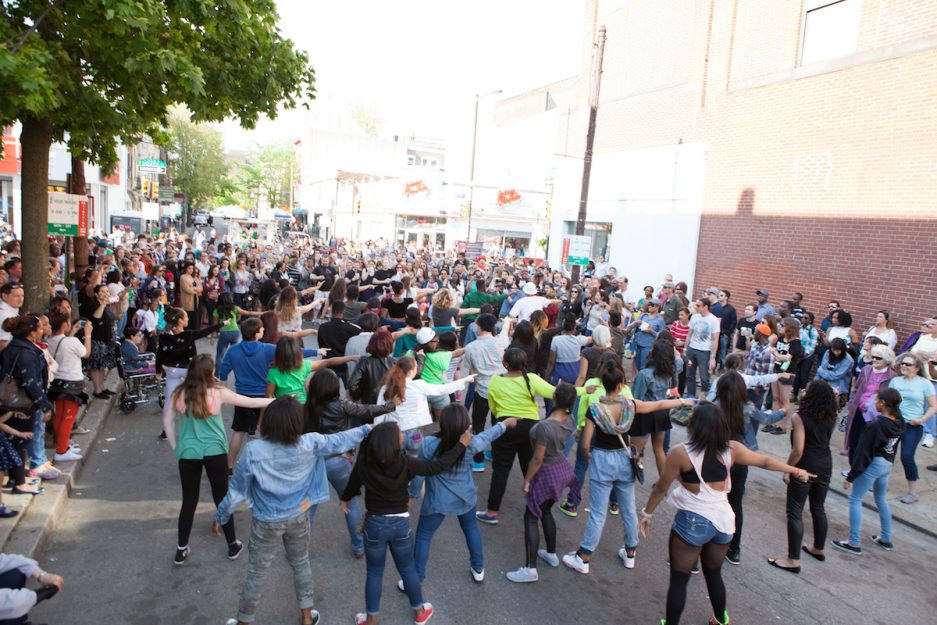 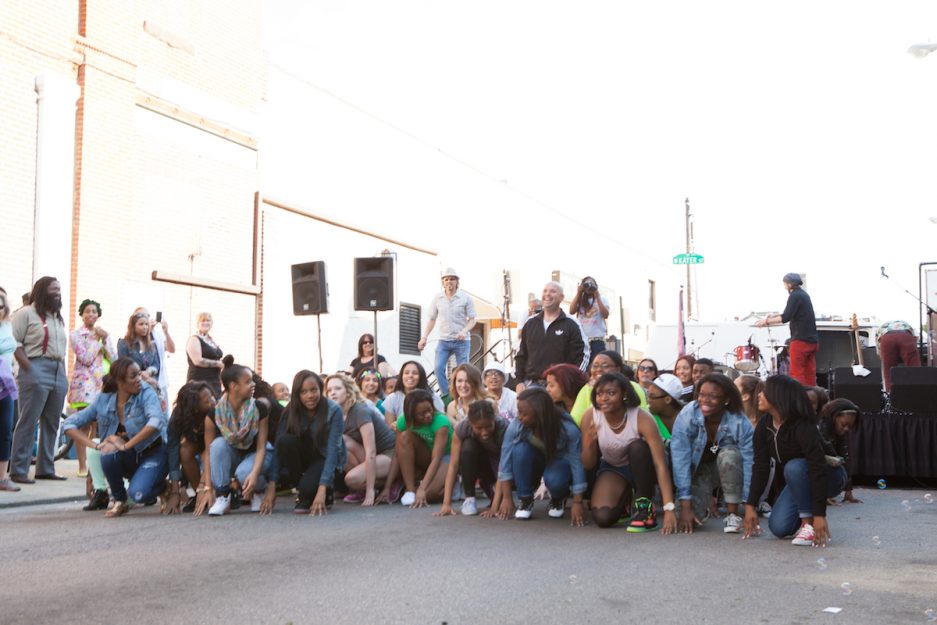 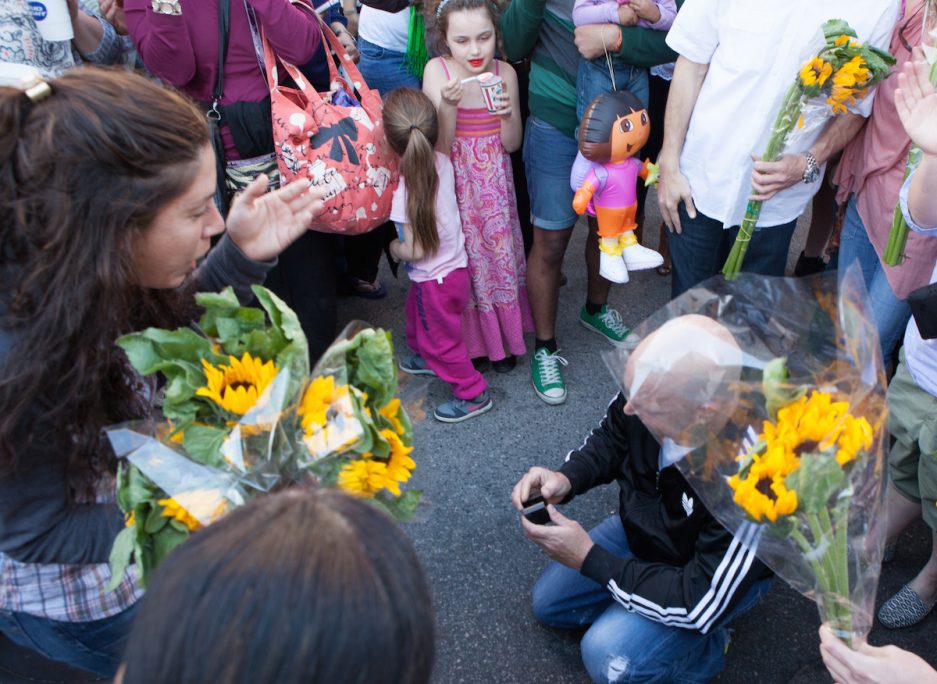 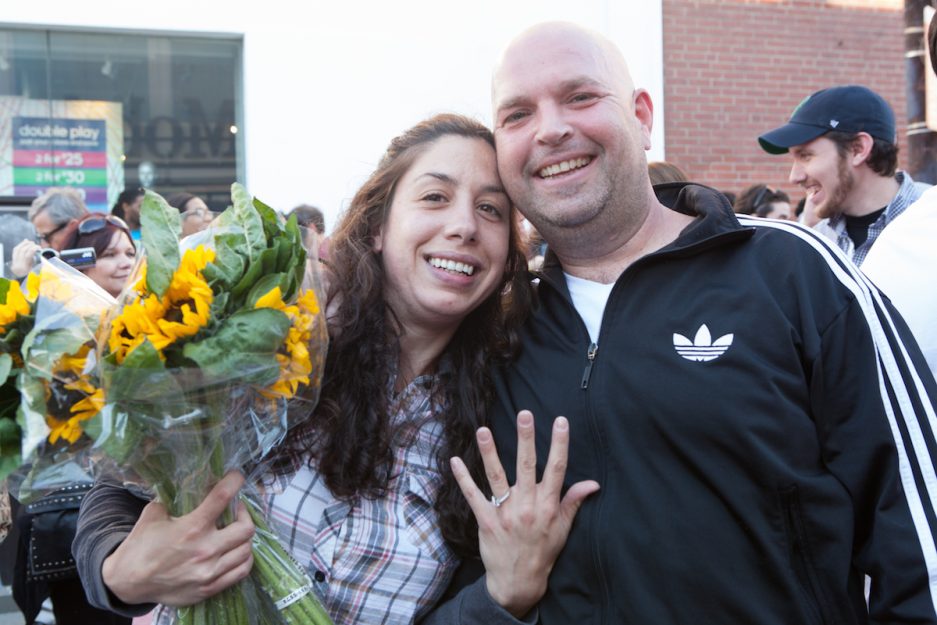 So, he reached out to LeDeva Davis, a CAPA professor, who found her students were extremely excited to help out! At the festival, Bruno Mars’ “Marry You” came on over the loud speaker, and as it normally goes with these things, little by little, more and more people started to join in the organized dance. One of the students grabbed Freddie—which Erika thought was a completely random thing—and dragged him to the back of the crowd. And when you watch the video, you’ll see: the people appearing out of nowhere with flowers are the couple’s friends and family—and then, it was Freddie’s big moment.

We love it! A big PW congrats to Freddie and Erika!