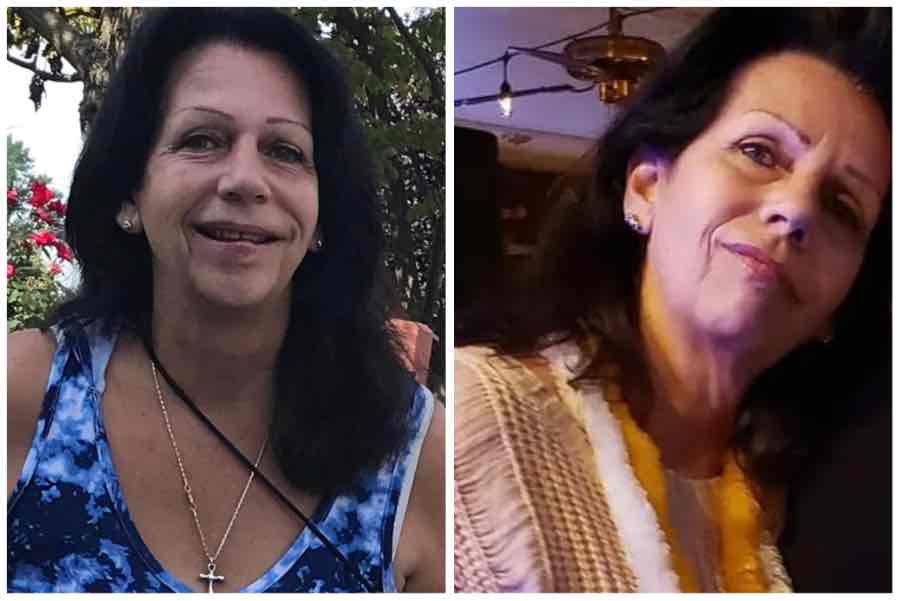 Rose Byrne, the Delco woman who friends and family say has been missing since October (photos via Facebook)

UPDATE 1/23: The Upper Darby Police Department has announced that the body found on Greenwood Road has been positively identified as 61-year-old Rose Byrne, who was reported missing last year.

Here is the full statement from the Upper Darby Police Department:

As an update to the death investigation on the 7000 block of Greenwood Avenue, working in conjunction the Medical Examiner’s Office, we have identified the female decedent as Rosemary Byrne, a 61-year-old white female, who most-recently lived in Newark, Delaware. Ms. Byrne was reported missing by a family member to the Darby Borough Police Department on December 12, 2022. We have been in contact with Ms. Byrne’s family, and our thoughts and prayers go out to them during this difficult time. We are working diligently to learn the circumstances by which Ms. Bryne passed, and we are asking the public for any and all help they can provide. If you have any information about Ms. Byrne and her whereabouts or activities, we would greatly appreciate it. Please call us at 610-734-7693 or send us a private message.

On Monday, when Upper Darby police announced the grisly discovery of a decomposing body inside a mattress left in an alley, the many friends and family of Rose Byrne feared the worst.

“We think it’s Rose,” a longtime friend of the 61-year-old woman, who has been missing since October, told me on Tuesday. (As of Friday morning, police are still unable to identify the body and there has been no official indication that it is connected to Byrne.)

Byrne’s friends and family are frustrated, because they say they don’t know what police are doing, if anything, to find Byrne.

As best as anybody can seem to put it together, Byrne was last seen in Delaware County sometime in October. It wasn’t that uncommon for Byrne to keep to herself for a few weeks at a time. But then weeks became a month. And then … Christmas. So a family member reported her missing to Darby Borough police.

“If you knew Rose, you knew you’d be hearing from her around Christmas,” a friend tells Philly Mag. “She was famous for calling or texting or making plans to see pretty much every single person in Delco that she ever met around Christmas. But nobody has heard a thing.”

“We’re just sitting here waiting for somebody to tell us something,” says another person close to Byrne. “And praying and praying non-stop.”

A representative of Darby Borough Police confirmed to Philly Mag that they have an open missing person investigation on Byrne but declined to comment further.

Legendary Philadelphia DJ Jerry Blavat has been struggling with major health issues of late, forcing him to cancel a series of shows, including his biggest one of the year, on January 28th at the Kimmel Center. Unfortunately, we can now confirm that Jerry Blavat has passed away at the age of 82.

According to 6ABC, Blavat died in the early morning hours on Friday at Jefferson-Methodist Hospital “from the effects of myasthenia gravis and related health issues.”

Our most recent interview with Blavat (we’ve done many) was in 2020, just before COVID, and you can read it here. We’ll have more on Blavat’s passing next week.

I thoroughly enjoyed joining the folks at local podcast City Cast to talk more about some of our most popular stories this week, including disembodied pigeons and the craziest lost luggage story ever. Oh, and naturally, we had to talk the Eagles-Giants rivalry. You can listen to the full interview here:

Don’t throw away your broken stuff. These tinkerers want to show you how to fix it.

Are the Eagles … Cheaters?!

And from the All-On-the-Line Sports Desk …

Last night, the Sixers played the next-to-last bout in their five-game West Coast journey, against the Portland Trail Blazers. This team has fans everywhere:

They were sitting pretty on a 3-0 stretch. Starters: Tobias Harris, De’Anthony Melton, James Harden, Joel Embiid and P.J. Tucker. Melton got things started with a three, followed by an Embiid layup that landed him in the laps of the front row. Looking good, team!

The bench crew was getting it done.

A mini-run by the Blazers got stalled by a travel call. The Sixers regrouped and got things under control again. “A sensational first half!” Kate Scott declared.

The Sixers lead Portland 57-34 at halftime. The offense was good and the defense was great (though Portland’s offense has been brutal).

Early in the third, Anfernee Simons cut the lead to 20 with a three, and that’s where it mostly stayed. Harden was hot from the three-line, but Damien Lillard began to heat up, too. Pretty pass from Harden to a streaking Joel:

Meantime, in the Nets game against Phoenix:

Ben Simmons has been ejected from the game after picking up two technical fouls for arguing with an official.pic.twitter.com/5VERsp05O0

Back in Portland, fans were getting restless.

The anxiety you get when the Sixers’ massive lead cuts down during the 4th.

Lotta lotta whistles were going on. The Sixers were sitting on a 12-point lead with four and a half minutes left. A Jerami Grant three cut the lead to nine. Okay, time to settle down? Not exactly. One more foul on Embiid, and it was a seven-point game with 3:28 left. Oh, man, Tyrese hit a racing layup. He is FAST! And Melton hit two foul shots: 11-point lead. An impossible shot took Embiid up to 30 points. He then hit two foul shots to take it to 105-95 with under a minute left. Game over! Song, please!

James and Joel and Co. go up against the Kings tomorrow night at 10 — naturally, in a time slot opposite the Iggles — then head home again to the Wells Fargo Center on Wednesday night against … da-DAH! The Ben Simmons-y Nets.

In case you didn’t get the memo, there’s a big Eagles playoff game at the Linc tomorrow night at 8:15, against the New York Giants.

Got the job done! pic.twitter.com/W9TiFDRbBJ

Tonight, Villanova goes up against St. John’s at seven. For the remainder of the weekend, we’ve got UMass visiting St. Joe’s at one on Saturday, Delaware vs. Drexel at two, La Salle at St. Louis at 2:30, and Penn at Yale at six. On Sunday at three, Houston, ranked number one in the country, pays a call on Temple. Go Owls!

The Flyers played … and will play again.
All Philly Today Sports Desk coverage is provided by Sandy Hingston.