Plus: Philadelphia Eagles wives pre-game better than you. 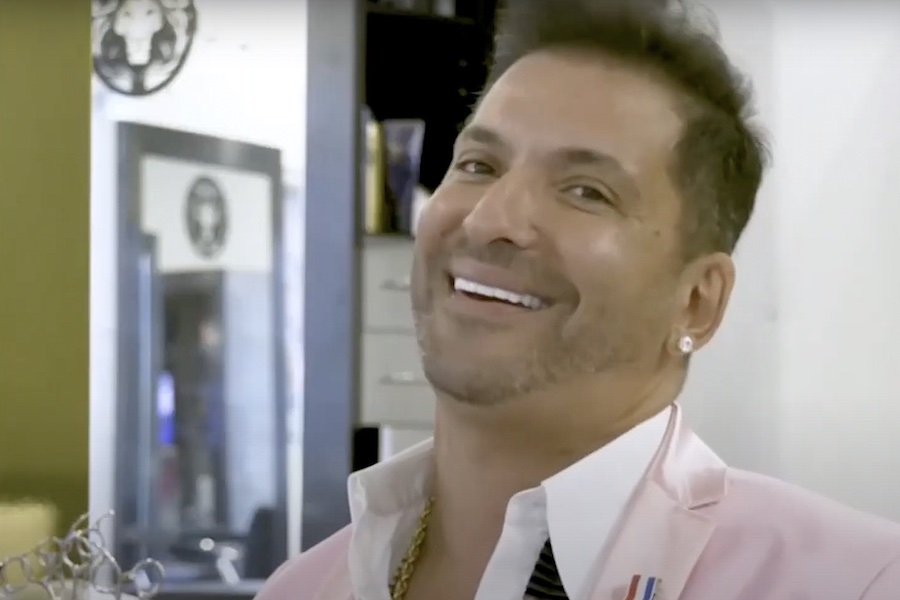 If you are the type of person who watches all those shows on Bravo and does your shopping via HSN (nee Home Shopping Network), which is owned by West Chester-based Qurate Retail Group, which also owns QVC, then there’s a fair change that you’ll know the name or at least face of Martino Cartier.

Cartier is what is known in this era as a “celebrity hairstylist.” He owns a salon in South Jersey. His non-profit Wigs & Wishes is all about providing people battling cancer with quality wigs, an activity 6ABC recognized him for in one of their “Hometown Heroes” segments. And he’s been a boisterous host hawking hair products for HSN clients for more than a decade. He claims to have sold millions of products on HSN. And in 2016, the station named him Entertainer of the Year. That was then.

On January 4th, Cartier received an email from HSN management explaining that he had been fired after making “unwanted physical contact with multiple team members” during on-air segments on December 27th and 28th and showing “signs of being intoxicated,” according to a lawsuit Cartier just filed against HSN in Philadelphia’s federal court. Management sent a similar letter to the clients from those dates, informing them of the allegations against Martino and explaining that the clients would need to find a new host for their product.

But Cartier maintains he did nothing wrong, and that the behavior he exhibited on those dates was the same behavior he’s exhibited time and time again. He brought his “inimitable style and extroverted, over-the-top persona” to the shows, reads the suit, touched the models’ hair, and “occasionally made consensual, incidental contact with their necks and shoulder.” He also notes that he is a “self-described ‘hugger'” who “would routinely hug his co-hosts and models upon the beginning and ending of a particular segment.” He even includes YouTube links to all of his HSN appearances over those two dates to demonstrate that the company’s actions are “incomprehensible.”

The suit accuses HSN management of defamation and seeks damages of — are you ready for this? — at least $50 million.

HSN didn’t immediately respond to a request for comment. But Cartier did issue the following statement to Philly Mag via his Cherry Hill-based attorney Samuel Fineman, who also represents Fox 29’s Karen Hepp against Facebook:

I will cherish every moment at HSN, recalling all the lives that I have changed, and those that have changed me. Unfortunately, I will no longer be a part of the HSN family, which is not by choice. This abrupt separation has rocked my universe. Despite these challenges, I will continue to provide love and hope through Wigs & Wishes. The light will emerge from these dark times, as I am confident that justice will prevail.

I’ll let you know how this one plays out.

About Those Philadelphia Eagles…

– NBC Sports weighs in on Eagles owner Jeff Lurie’s impressive track record at the helm of the team.
– Somebody with too much time on their hands compiled every single sack the Eagles made this season into one video. All 70 of them.
– I didn’t get an invitation, but one Eagles wife threw quite the pre-game party in a giant limo, and this was before we beat the Giants.

From the Department of Hilarious Typos

Massive flight delay problems, including in Philly, due to an FAA technical problem. At least when it’s Southwest’s fault, you can get a free hotel room. Good lucking fighting with Uncle Sam.

Philadelphia is still, apparently, something like 15 years away from having a proper, modern traffic system. I know: Double the soda tax and get ‘er done!

Philadelphia just got more money to fund our speed camera program, which is either a very good or very bad thing depending on your perspective on speed cameras. There was quite a talk in my house after a speed camera ticket showed up from a caught-on-camera infraction on the Roosevelt Boulevard. I was glad I was provably home that night. I also avoid the dreadful Roosevelt Boulevard at all costs.

And from the Easy-Does-It Sports Desk …

For the Sixers, playing at home, the starters were Tobias Harris, P.J. Tucker, Tyrese Maxey, James Harden and … Joel Embiid! They’re back together again! Kate Scott announced before tip-off that the Sixers hadn’t started this unit together since October, and that the Pistons were “very undermanned.” Too freaking bad. Harris started out hot, going 3-for-3, and we were up 9-3 by the time I had to head out to volleyball. When I got back in the car afterward, the game was already over, but the Sixers had, well, won handily.

A dominant night for the Sixers. | @Kia pic.twitter.com/5XCzMXxETX

I love it when they do that when I can’t watch the games, because I hate missing a tight contest. Embiid was back to prime form in his return from a foot injury, and Harden had his second straight triple-double.

In college hoops, Temple was at Tulsa for a tight game they just barely held on to win.

Temple blew a 20-point lead by surrendering a 22-0 run to Tulsa, lost Damian Dunn and Jahlil White to ejections, didn't manage a field goal in the last 5 minutes … and still scratched out a 76-72 win on the road tonight. The Owls are 10-8 overall and 4-1 in league play.

And Villanova was visiting DePaul, where the teams were neck-and-neck until, naturally, I got home and sat down to watch, which was when the Demon Deacons started to pull away.

’Nova had won 22 in a row in the series, a winning streak reaching back to 2008. The Cats hung right in there but in the end couldn’t quite catch up, and the Deacons triumphed.

Again, to be honest, sporting-wise, you have to be sort of happy for DePaul. Tonight, it’s Duquesne at St. Joe’s and La Salle at UMass, both at 7.