Plus, Philly's tranq problems hits the front page of the New York Times. And could our curfew actually be leading to more crime? 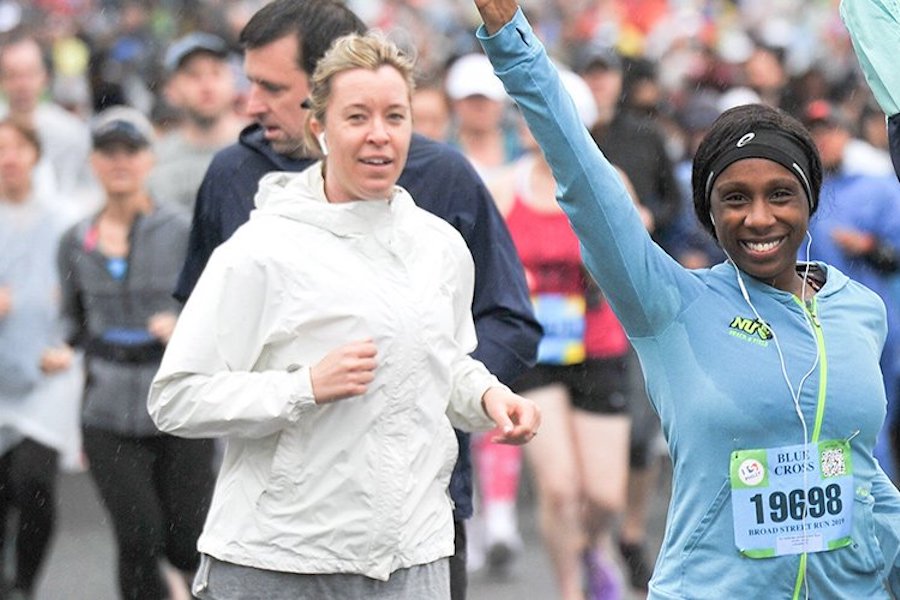 I know it’s only January, and all we can think about is the Eagles. (And don’t worry: We have plenty on the Eagles game below). But before you know it, Phillies season will be upon us. And a Phillies game early in the season has caused Philadelphia’s annual Broad Street Run to shift dates.

Some other notable points from the Broad Street Run’s Monday morning announcement:

– Goodbye, COVID. Though it may be a bit premature, based on what we’re hearing about the whatever-they-call-it variant, race organizers are eliminating their main COVID protocols. You won’t need to show proof of vaccination or wear a mask at any point in the race.

– The lottery system for race participation opens at 12:01 a.m. on February 1st. There are 40,000 slots available. Hopefully that whole process will go a bit better than the one you had to go through to score Taylor Swift tickets or a copy of the Eagles Christmas album.

– There’s a new finish line. The Broad Street Run will end at the K Lot outside of Lincoln Financial Field

Might be time to finally download one of those couch-to-5k apps. Well, in the case of the Broad Street Run, more like 16k. But what’s 11k between friends?

By now, you’ve probably heard plenty about fentanyl. But have you heard about tranq? The New York Times paid a visit to Philadelphia to investigate the growing problems with the drug. It’s a devastating but essential read.

Slate with an in-depth look at curfews like the one imposed in Philadelphia. Curfews are meant decrease crime. But according to Slate’s Henry Grabar, the evidence suggests that curfews do nothing to decrease crime and may, in fact, lead to an increase.

What’s Up with the Dead Whales at the Jersey Shore?

A third humpback just washed up. And from what we hear, you don’t want to be near the scene when investigators perform a necropsy. Ewwww.

Pride In the Classroom

Controversy over symbols of LGBTQ+ support in Bucks County schools.

Where Are You Eating This Week?

Let our brand new 50 Best Restaurants in Philadelphia feature be your guide. (Good luck getting a table!)

And from the It’s-All-Good Sports Desk …

On Sunday, it was the Eagles against the Giants at the Linc for the whole ball of wax — home field, a bye week — in the NFC East. Saquon Barkley was inactive, which was a good thing. Third-string QB Davis Webb started for the Giants — his first-ever NFL start. And Haason Reddick damn near sacked him on the first series. Three-and-out! A.J. Brown notched an Eagles single-season reception-yards record, previously held by Mike Quick. Did I mention that Jalen Hurts was back? Field goal Iggles!

WERE ON THE BOARD SETTLE FOR A FG BUT ITS OKAY JALEN LOOKING GREAT MAKE SURE TO PROTECT HIM BOYS #flyeaglesfly pic.twitter.com/AgyquEPM4Y

DeVonta Smith now has 89 catches — the most by any Eagles WR in a season in franchise history.

Boston Scott just scored a TD for the Eagles. I know you're shocked.

Ten of Scott’s 17 NFL touchdowns have come against the Giants. And a giveaway I was unaware of:

Eagles have held the opposition out of the endzone in the first quarter!@Wendys | #FlyEaglesFly pic.twitter.com/pYjNdJi4Kx

Please, sir, may I have another?

And a second-half touchdown called back for a penalty.

Landon Dickerson taking a half step past where he’s supposed to be when he’s nowhere near the play and doesn’t affect the outcome at all: pic.twitter.com/Lti3B2GBWC

The Giants picked off a throw at the goal line but couldn’t do shit with their set of downs. So the Eagles got it back, and — Elliott!

Another Jake Elliott FG, this one from 54 yards, puts #Eagles up 19-0. My guess is Hurts stays in for at least another series if Giants don't score.

In the Twitterverse, they were strongly suggesting that Hurts come out of the game. The Giants got within the red zone, but Webb was hit with two successive delay-of-game calls, and all they could manage was a field goal.

#NYGiants lulling the #Eagles into a state of complacency by playing horribly. It’s been our strategy since 2011.

You kind of had to be happy for Webb, though, right? At least the try for a two-point conversion failed. Eagles were still up, 19-9, with 10 minutes left to go. On the subsequent Eagles drive, they got inside the 10, with Kenneth Gainwell working very hard.

C’mon Eagles! Punch it in !

But nah. The field goal squad came on. Jake Elliott, fifth in the game. The drive did eat up seven minutes, though. Three minutes were left, and the Eagles led, 22-9. One last drive on the part of the Giants and …

Can you say “onside kick”? Recovered by … Blankenship! Guess that disguise can come off now. And the Giants had no timeouts left. A minute and half to go. One snap, and the clock ran out. Remember when the Birds used to make it look easy? Like, earlier this season? Oh well.

Before everyone starts complaining about we didn’t look good. WE ARE THE NUMBER 1 SEED and Division Champs RELAX!! #FlyEaglesFly

In Sixerland on Friday, our guys were looking for their 12th straight home win. Doc Rivers started De’Anthony Melton, James Harden, Tyrese Maxey, P.J. Tucker and Tobias Harris. Why Tucker was in instead of Montrezl Harrell, who was so hot the game before, is another mystery of the universe. Joel Embiid was sitting this one out with that nagging foot injury. Maxey hit a three to start things off, and the Sixers stayed hot from the three-line.

Against small Philly front line, Nikola Vucevic has 9 points and 7 rebounds. Sixers are 6-11 from 3-point range.

In the second, the Bulls rallied to tie it at 50 with three minutes left. Harden hadn’t yet scored from the floor. DeMar DeRozan, alas, got hot, and the Bulls took the lead. Harden finally drove for a layup: Sixers up 55-54 with less than a minute left. But the Bulls pulled away again.

Second half? Grrrrr … The Bulls went up by eight halfway through the third, then by 11, then by 14 … Zach LaVine was killing us.

The Bulls put together a 13-0 run. Maxey made a nice dunk pass to Montrezl Harrell, but … a Georges Niang three at the buzzer, and at the end of the third:

Ugh. Wretched game. Another Niang three—his career 500th–made it a 10-point game with nine minutes left. With five minutes left, it was 110-102 Bulls. Could the Sixers pull it out? Would a miracle occur? Nah.

Sixers have been lucky with opponent 3-point shooting all season. Not tonight. Without Joel Embiid, they got shredded and Zach LaVine (41 points) and Chicago made them pay. Bulls shot 20-34 from beyond the arc.

On Sunday afternoon, in Detroit against the Pistons, no Joel again. Starters: Harris, Harrell, Maxey, Harden, Melton. This one got off to a slow start. Turnovers! Messy!

Today's game seems to be which undersized team can best take advantage of the other. #Pistons–#76ers

End of the quarter: 35-27 Sixers. In the second, the Pistons hung in there, keeping it close. Seesaw time!

That escalated quickly: Pistons turned a 13-point deficit into four points slowly but surely. Then, in the blink of an eye, the 76ers lead by 14.

With the Eagles slated to kick off in 10 minutes. Damn you, sports gods.

Tonight is the College Football Playoff National Championship between the TCU Horned Frogs and the Georgia Bulldogs, starting at 7:30. And I don’t give a damn who wins.