Plus, streetery drama, avocado madness, Jason Kelce sings, and more of what the city is talking about right now. 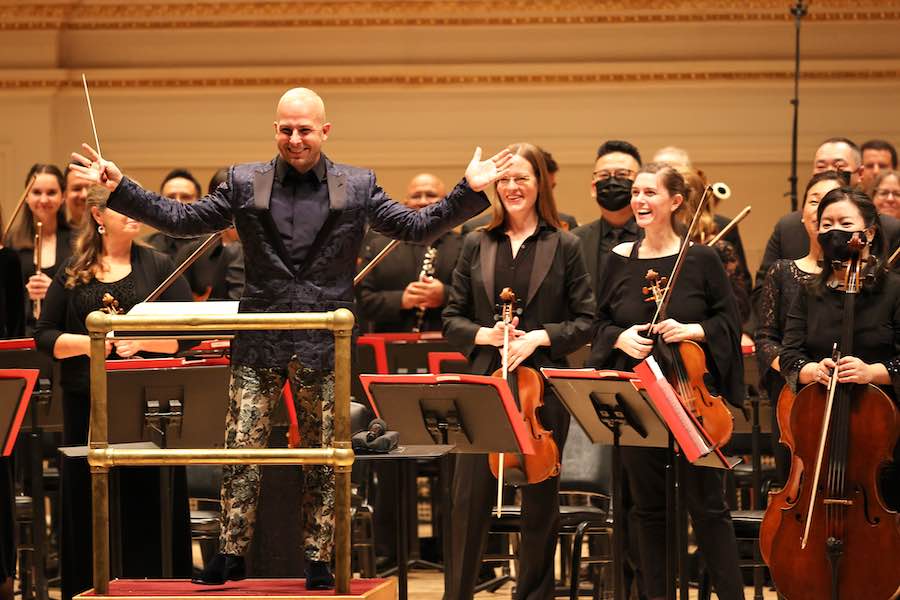 Yannick Nézet-Séguin and members of the Philadelphia Orchestra, which has canceled its planned 2023 China tour over China’s COVID policies (Getty Images)

The Philadelphia Orchestra was hoping to tour China next May. It would be a momentous, historic occasion.

The Philadelphia Orchestra was the first orchestra from the United States of America to perform in China, way back in 1973. Due to tensions between our country and theirs, President Richard Nixon and Henry Kissinger actually had to OK the trip. That original tour went so well that China invited the Philadelphia Orchestra back again and again, most recently for a 2019 tour. The 2023 tour would have marked the 50th anniversary of the first tour. Big plans were afoot.

Alas… The Philadelphia Orchestra isn’t going to China in 2023. No, not due to fears of COVID. Due to fears of the Chinese government’s policies surrounding COVID. China’s policies are strict, among the strictest in the world. If you test positive for COVID while in China, you will be forced (and we do mean forced) to isolate in one place for weeks on end. And if a member or three or ten tested positive or if conductor Yannick Nézet-Séguin himself did, well, so much for the tour. And they’d be stuck in China.

“It’s a little hard to tour under those conditions,” a Philadelphia Orchestra spokesperson told me, pointing out that they were so unsure the tour was going to work that the orchestra hadn’t announced it yet.

You know all those streeteries that popped up all over the place during COVID? The ones that saved many businesses, especially when we weren’t allowed to go inside or when we just didn’t feel comfortable doing so? Well, the city is about to crack down on them, and it sounds like many will have to disappear.

And the Free Avocados Keep On Coming 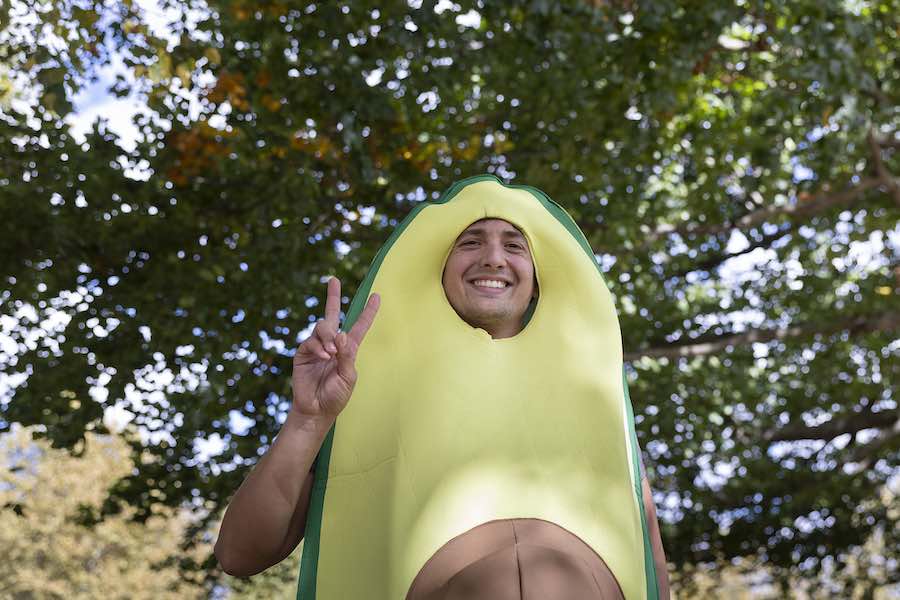 Evan Ehlers, founder of nonprofit Sharing Excess, poses for a photo in FDR Park in Philadelphia, Pennsylvania on October 19, 2022. Supply chain issues have caused a massive surplus of the fruit coming in from South America. (Getty Images)

No, this isn’t some rando who thought it was Halloween already. This is Evan Ehlers, founder of Sharing Excess, the nonprofit that’s giving away millions of avocados in South Philadelphia. I mentioned the free avocado program yesterday, and it was a big hit by all accounts, with many thousands of free avocados toted home by area residents like these: 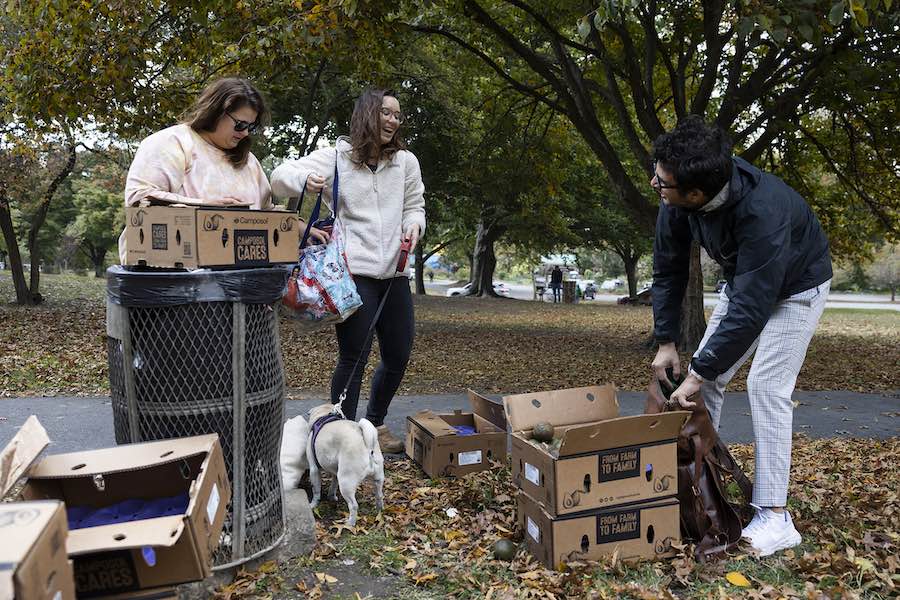 Well, there still many thousands of free avocados to go around. Just show up at FDR Park on Thursday or Friday between noon and 6 p.m. (Tip: go on bike or foot. Cars were lined up forever.)

I know it’s easy to go on Amazon and get all kinds of Phillies gear delivered to your door the next day. But what do you say we support local businesses and artists that make Phillies gear? If only there were a handy list of local makers and their amazing Phillies gear.

There May Not Be a Phillies Game Today, But There Is This…

And from the What, Me Worry? Sports Desk …

You know how usually with baseball, you want to watch the final innings of a game? You can sort of tune in around the bottom of the sixth and not much will have happened? Not with the Phils in their last series or this one. You want to be watching right from the start (even when the start is, um, still within the hours during which you work … ). Aaron Nola was pitching for us last night — well, last late afternoon — with Blake Snell on the mound for the Padres. The Phils poured it on in the second inning, scoring four runs on a flurry of hits and some, um, egregious fielding by their opponents. The Padres got two back in the bottom of the second on solo homers by Brandon Drury and Josh Bell, though.

And that’s all anybody wrote until the bottom of the fifth, when the Padres erupted against Nola and successive replacements Brad Hand and Andrew Bellatti and took the score to 7-4 — and Bellatti got the final out by striking out Trent Grisham with the bases, gulp, loaded. The Phils had some hits after that but nothing more on the board until the eighth, when Rhys Hoskins smacked a solo homer off the first pitch by reliever Robert Suarez. Alas, Manny Machado had hit a solo homer for the Padres in the bottom of the seventh, so it was now 8-5. In the bottom of the ninth, Padres reliever Josh Hader threw a shit-ton of 100-mph fastballs to strike out Alec Bohm, Jean Segura and Matt Vierling. Just like that, the series was tied. Third game on Friday at Citizens Bank Park, which is gonna be lit. Our personal opinion: Joe Davis talks too goddamn much. But he’s better than Joe Buck.

Did we mention that Ben Simmons made his Brooklyn Nets debut against the Pelicans?

The Sixers play the Bucks tonight at 7:30 at home. You know who else plays at home tonight? The Union, against Cincinnati in the MLS Cup semi-finals, at Subaru Park in Chester at 8 p.m. If you’ve never been to a Union game, you should catch one sometime. The stadium is lovely, with great views of the Delaware River, and the drum-thumping Sons of Ben fan mob is a total hoot. — Sandy Hingston