Plus, CBS 3 gets into trouble, Lang Lang breaks out the Mary Poppins on Broad Street, and more of what the city is talking about. 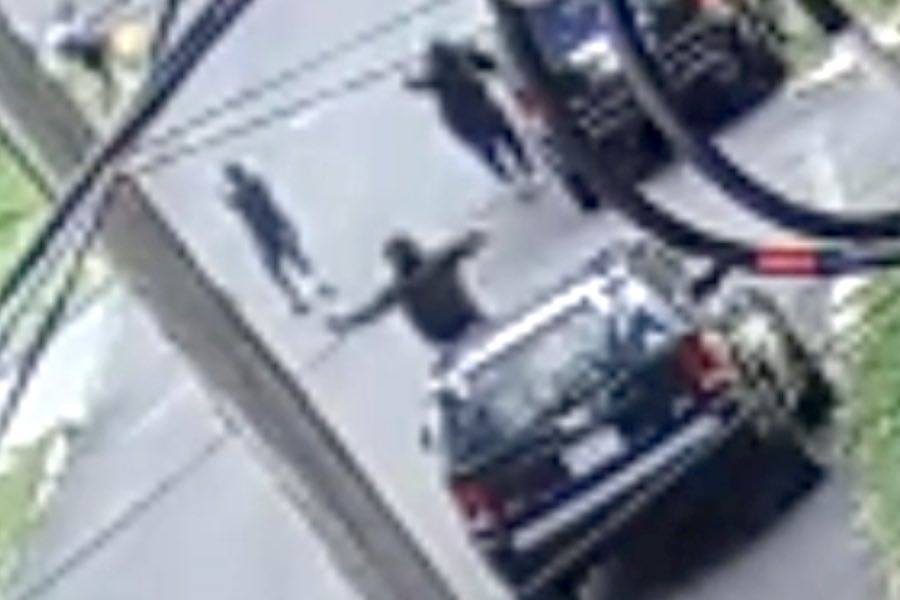 The Philadelphia Police Department and community leaders are asking for the public’s help to identify four or five suspects in the after-school shooting in Philadelphia’s Roxborough neighborhood. And a $40,000 reward has been offered in the case.

You can see the full video below. (Note that it contains footage that includes a suspect pointing and, presumably, shooting a gun.) A vehicle linked to the Roxborough shooting has reportedly been located by police.

You can also submit an anonymous tip using this form.

A prayer vigil is scheduled for Thursday night at Gorgas Park in Roxborough: 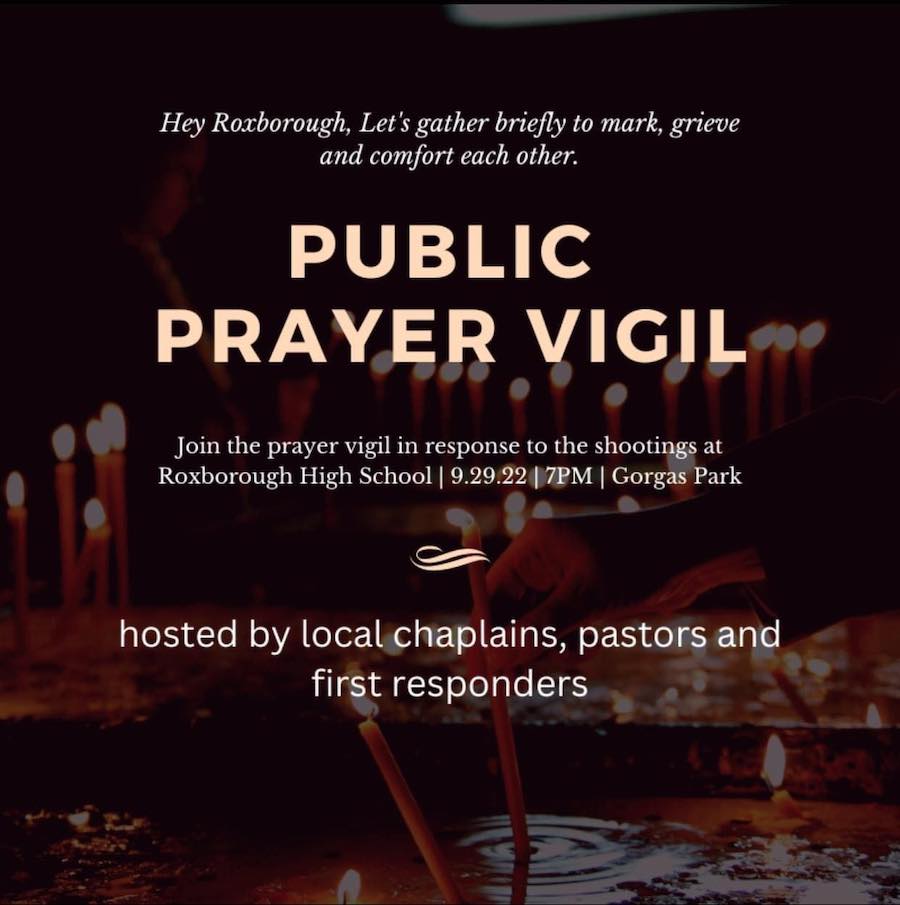 Producers at local TV news stations love their graphics. But CBS 3 has been getting some heat for an image it used related to the after-school shooting in Roxborough, with critics saying the graphic was hyping up the shooting and treating the whole thing like a video game. CBS has stopped using the image.

In case you somehow missed it, Larry Krasner finds himself at the center of an absolute shitstorm. And on Thursday and Friday, legislators from Harrisburg (including some from his own party) are scheduled to hold impeachment hearings against him at the Navy Yard in South Philadelphia. (Yes, we agree it’s a bizarre location. Some have suggested that the GOP’ers running the show wanted a secure site that was out of the way to avoid any problems with protesters. It’s a theory, anyway.) 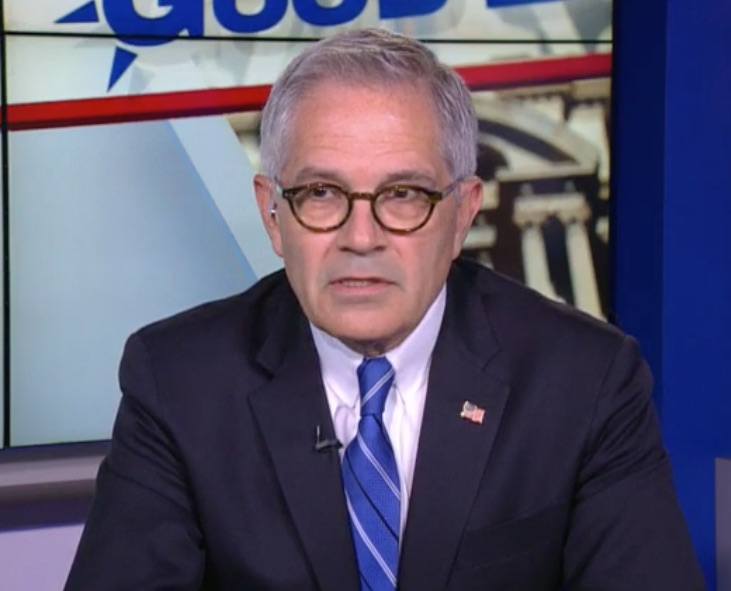 Long story short, the Harrisburg pols say Krasner broke the law by ignoring their subpoena for information about cases in Philadelphia and how he runs his office. Krasner says he would have been breaking the law by providing that information. And during a Fox 29 interview on Wednesday, he said those in his party who are out to get him have been “misled” and squarely put the blame of the whole thing on MAGA. “Republicans lie!” Krasner told Fox 29 co-anchor Mike Jerrick, who was quick to point out that not all Republicans lie. Krasner conceded the point but insisted that the “MAGA ones do.”

It sure would be fun (well, and actually important) to watch this Krasner impeachment stuff go down in South Philly. Alas, the hearings are barely open to the public. (Something like 50 seats.) They’re not televised or livestreamed. Krasner has called on the impeachment committee to make the hearings open to all, and we wholeheartedly agree with him on this point.

Guess Who’s Headed Back to Court?

In a lighter bit of news, Wednesday marked opening night of the Philadelphia Orchestra at the Kimmel Center. We were treated to a combo performance of Philly’s magnificent BalletX and the orchestra, under the baton of Yannick Nézet-Séguin, bien sûr, who was decked out in an impeccably tailored maroon (burgundy?) blazer of the velvet variety.

But the real star of the show was the Curtis-trained superstar Lang Lang, who downright obliterated that gorgeous concert grand during Saint-Saëns’ Piano Concerto No. 2 in G Minor. You’ve never seen a bunch of perfectly coiffed and couture’d women leap to their feet as quickly as they did last night after Lang Lang pounded out the final chords. The standing ovation continued for upwards of five minutes.

Yannick escorted Lang Lang into the wings, but Lang Lang was quick to return, even though he was only scheduled to play the piano concerto. He thanked the crowd and said the Philadelphia Orchestra was his favorite orchestra in the world to perform with. Then he whipped out some sheet music and said, “And now, I am going to play for you ‘Feed the Birds’ from Mary Poppins.”

Chuckles rippled through the capacity crowd, thinking Lang Lang was about to sit down and blast us with some Rachmaninoff, the whole Mary Poppins thing being a joke. Lang Lang is well-known for his dry sense of humor.

But no! Lang Lang sat down at that piano and played a moving arrangement of, yes, “Feed the Birds” from Mary Poppins. OK, then. I guess when you’re Lang Lang, you can do whatever the hell you want.

And from the I’m-Moving-to-Chicago Sports Desk…

OMFG, Phillies! You had Aaron Nola pitching. You got your lead man on in six straight innings. And you still shat the bed. You stranded, like, 18,000 runners. You made poor Nola slam his glove! You’re three-and-nine in your last 12 games. How dare you treat your fans this way? Meanwhile, the Brewers freaking hammered the Cards, 5-1. What is it about autumn that gives this team the heebie-jeebies? You won the 2008 World Series the year after my dad died, after he bled for you for 83 long years. I’m telling you, you’re dead to me!!!

[Ed Note: This article has been updated to clarify the public nature of the Larry Krasner impeachment hearings.]