Now if we could only get Philadelphia Parking Authority meters to do the same. 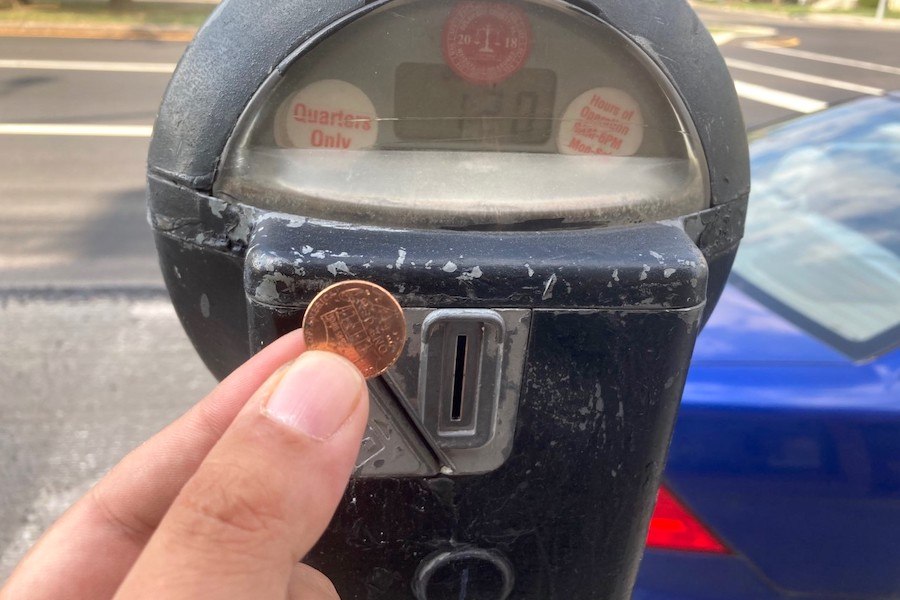 People will stoop down to recover their quarters, dimes and nickels they’ve dropped on the floor. But the lowly penny? Not so much. Legislators, including the late John McCain, have tried to abolish the little brown coin over and over again. Like a middle school substitute teacher, America’s one-cent piece is often ignored and disrespected. But in Upper Darby, the penny has earned a new place of purpose in society.

No one is quite sure when — best estimates based on anecdotal evidence peg the date to the middle of 2021 — but at some point in the recent past, some Upper Darby parking meters started accepting pennies in place of quarters. Word of these penny parking meters quietly spread among Upper Darby residents at backyard barbecues. Regulars at the local taverns passed the tip around. Those in the know admonished others to keep it off of social media, lest the killjoy powers that be find out and put the kibosh on this 96-percent parking discount.

To research the matter, I recently drove around Upper Darby, my pockets filled with pennies and other coins from the top of the dryer and other change-stashing spots in my house. I found numerous meters that accepted pennies, including ten in just one two-block stretch.

I tried the newest pennies (the ones with the shield on the back), Lincoln Memorial pennies (aka the standard penny most of us think of), and even some Lincoln Wheat pennies. They all worked. Dimes and nickels had no effect.

It turns out that the powers that be have been well aware of the issue for some time. So says Sekela Coles, the director of Upper Darby’s parking enforcement department, who has brought some modern parking kiosks and mobile payment options to the township during her first two years on the job.

“We have two people on staff that service the meters, but sometimes it’s hard to keep up,” Coles says. “We have close to 1,300 meters in the township.”

Coles believes that someone or some group of people has been tampering with the Upper Darby parking meters. After all, is it merely coincidental that the glitching meters happen to accept the smallest value of United States currency but not dimes or nickels? I asked her how one might do this and for an explanation of how the meters work, but she wasn’t going there, perhaps because she doesn’t want to tip others off on how to hack a parking meter.

“Let’s just say that people get very, very creative,” adds Coles, with a laugh. Coles says she wouldn’t be surprised if some of the immediately adjacent towns had similar issues, because they use the same meters that are found in Upper Darby. And, indeed, just over the town line I did find some meters nearby that took my pennies.

But Bobra Schultes, technical sales manager for Arkansas-based parking meter company POM, Inc., which makes the parking meters used in Upper Darby, can’t imagine how some Robin Hood hacktivist type could make a meter take pennies. Schultes suspects the issue is more a matter of the age of the meters, since some of those in Upper Darby date back to the previous millennium.

Coles points out that the township does have plans to upgrade its meters. But that plan calls for just a handful of new meters each year. In other words, save up your pennies.