After a Decade of Cringe, Why Are We Still Doing Dîner en Blanc?

You'd think in the wake of a still-churning pandemic, sociopolitical uprisings, and city crises, we would finally be over this pompous all-white-attire affair. Is it too much to hope that its 10th installment could be the last? 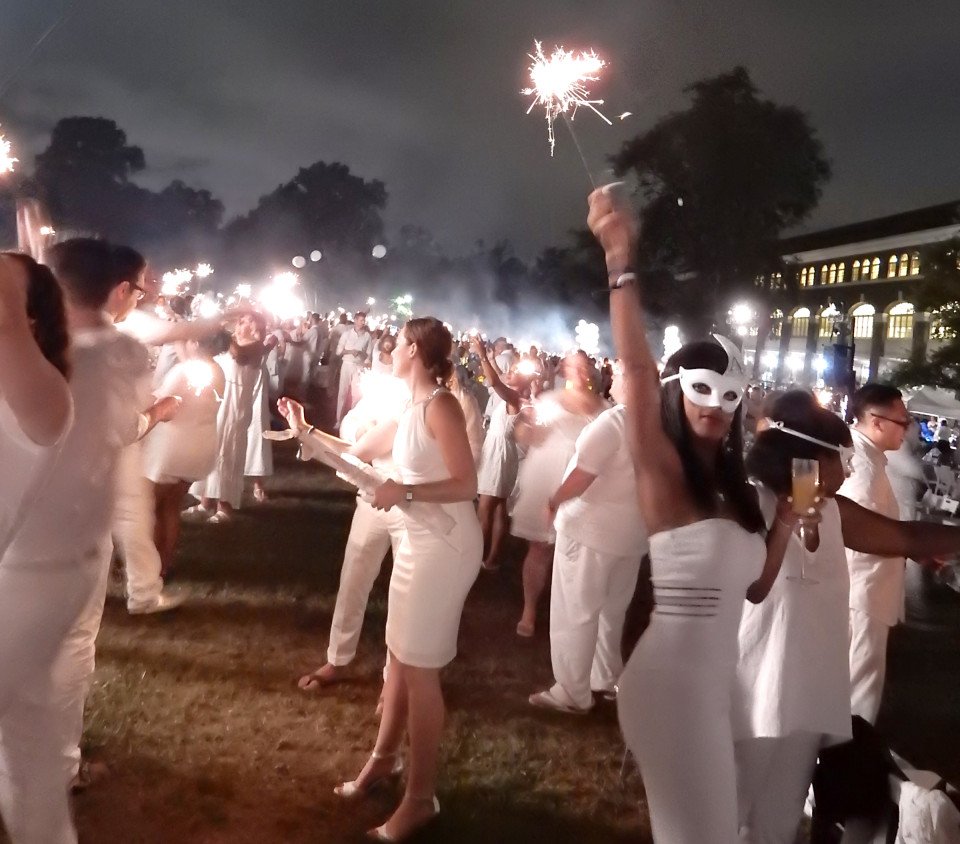 Yes, I know you’ve probably heard a thousand times why Dîner en Blanc in Philadelphia is one of the stupidest events of all time.

Not only is it an intentional logistical nightmare (thousands of people dressed in all white roaming the city with their own tables, food and chairs to gather at a “confidential” location), but it’s socially tasteless and tone-deaf (the company behind the event isn’t local, nor is the concept original or philanthropic).

To put it bluntly, Dîner en Blanc (DEB) is an overrated sham of a picnic gathering that encourages a bunch of everyday Philadelphians to dress up and pose as elites for a night. For all of the pomp and circumstance that drive this annual event — for all of the money and human capital it expends, all the buzz it solicits — there is no positive impact to the city. Picture this: A company spends thousands of dollars on PR and event planners who invite influencers, media and big names to throw a party that says nothing more than, “Look at us, eating in all white among the commoners.”

In 2022, such a celebration — one that takes place annually in a high-profile part of our town and has in the past been disruptive to other citizens — could and honestly should be making more of an impact.

While there are plenty of grand events that come with a pricey ticket (e.g., FEASTIVAL, Garces Foundation Gala, and even our own Best of Philly event), many of them focus on highlighting local businesses and/or benefiting nonprofits. DEB, which does neither, is simply elitism cosplay in an era that’s pretty much over elites.

Life B.C. (before COVID) could tolerate an event like DEB, because we could simply dismiss it as an innocuous escape. I, too, attended early iterations of the white-clad summer spectacle, out of fascination and intrigue. Back then, something as outlandish as Dîner en Blanc — a bunch of random people gathering to light sparklers while getting tipsy — seemed fun, if stupid. At a time when Philly was less chaotic, this felt normal (if still a little problematic). Back then, we were told to simply “live and let live,” as DEB and its proponents celebrated excess, showiness and downright snobbery.

After the pandemic, shit like this just feels completely off. The racial uprisings during the pandemic reminded us of the socioeconomic inequities that still hammer Philly. This is still the poorest big city in America, and we live in a segregated town where the divide between the haves and the have-nots is as clear as Black and white. Life after 2020 revealed how much more socially conscious and mindful we should be. DEB has had a history of being a burden on those not partaking in the festivities. Over the years, the surprise shutdowns of streets and venues caused by the “top secret” nature of the event have created problems for businesses and commuters. You’d think a decade of public backlash would finally send a message loudly and clearly, but apparently not.

On the surface, Dîner en Blanc looks like it’s just a fancy party and that’s it — but what it represents is far worse. While Black communities are being told not to have large gatherings in their own neighborhoods due to gun violence, a white-owned company gets to allow hundreds of people to roam the streets of Philly carefree. As poverty continues to ravish our town, those who are food- and home-insecure will watch this massive crowd eat and drink without sparing a drop. Imagine an event where this same level of expense and effort would benefit local small businesses and restaurants instead of an international company that will simply go on to host another such party in a different city. For all the attention and human capital DEB demands from Philadelphians, we’ve gotten the short end of the stick for going on a decade now.

Since the pandemic, Philly has pretty much grown up from the foolishness of such spectacle. Local collaborations such as “Step Up to the Plate” and the return of the Broad Street Ministry dining room have made us think how we can better direct our excess. What if we put all that energy toward supporting mission-driven dining pop-ups (like Sisterly Love Collective and Kurt Evan’s End Mass Incarceration Dinners)? Just imagine if DEB actually gave back?

When we know better, we’re supposed to do better. Let this Thursday’s Dîner en Blanc be the final flame of a party that’s run its course. Hopefully, next year, we’ll be celebrating something more reflective of who we’ve become.