Brittany Lynn on Her Biggest Fear, Her Secret Power and Growing Up Gay in the Northeast

The don of the Philly Drag Mafia talks penis-tucking, life in South Philly, and where to get a Big Mac pizza. 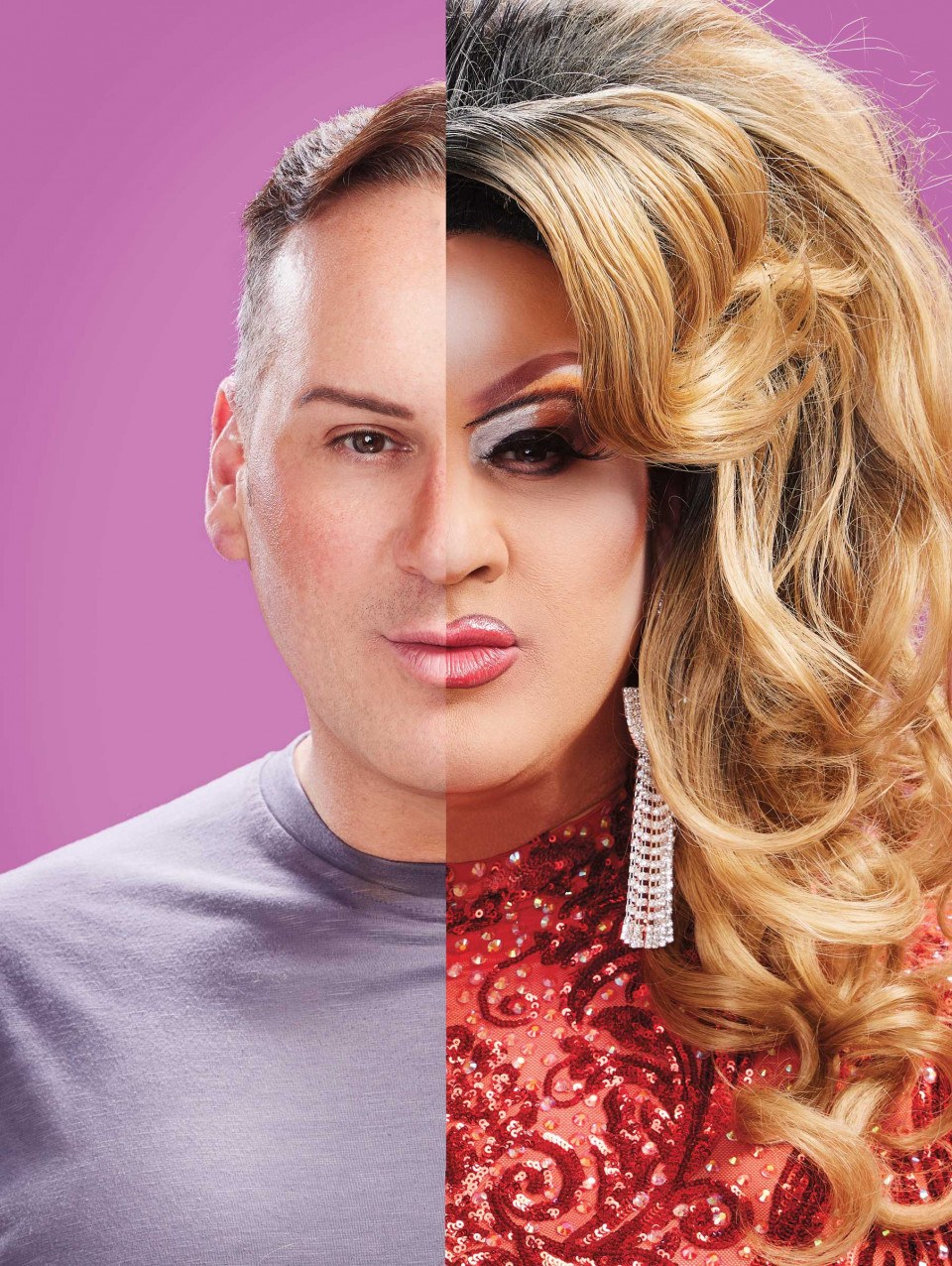 My legal name is … Ian Morrison, but everybody calls me Brittany, whether I am in drag or not, whether I’m on the street or in the synagogue.

I live … at 4th and Washington, in a converted church.

If you ask me what my pronouns are, I’ll tell you … that I’m not picky, but everyone refers to me as she and her.

When I was a kid, I wanted to grow up to be … Wonder Woman.

One thing I’d like to change about myself … is my eyebrows. Being gay in the ’90s, I plucked them into non-existence.

My first job in life was … helping my grandmother, Penny, at her lingerie store just off I-95 near Trevose.

One question I get asked a lot is … “Where do you tuck in your penis?” And I say I tie it around my leg in a slipknot.

People would be surprised to know that I’m … really introverted in social settings. I’m a stay-at-home-with-my-Rhodesian-hound-mix-Buddy kinda gal.

My biggest phobia is … bugs. Last year, cockroaches showed up at the apartment I had for 10 years. They said, “We’ll send an exterminator.” I said, “Nope, I’m moving out.” I was gone two weeks later.

If I weren’t doing this, I would probably be a … professional bowler. I like to go out with the gays and show them how it’s done. Bowling is my hidden superpower.

Grindr … is something I fear. You go to a stranger’s house based on fake photos. You’re expecting sex but instead get stabbed in the throat.

I came out … to most of my family in 2004, when Fox 29 had me in drag as Barbra Streisand. And that’s when they found out I was a gay drag queen and not an “actor.”

The toughest thing about this job is … the five pounds of makeup in summer. It’s the worst.

One upcoming project I’m excited about is … my second children’s book, The Further Adventures of Miss Kitty Popcorn & Cheese, which should be out this month, along with a short film called Parrot that I star in.

I would describe the drag scene in Philly as … toxic and messy. I find it surprising that at 50, I still find myself arguing on a weekly basis with men who wear women’s clothing. And these new queens think they deserve what I’ve worked 27 years to get the first time they put on a shake-and-go wig they got at Party City.

If you’re going to pour me a drink, make it a … double.

Growing up gay in Northeast Philly was … rough. There wasn’t any gay representation in media.

If you’re coming to my house for dinner, I will probably cook … Sunday gravy. It takes two days. It’s so good, you can eat it cold.

One game you cannot beat me at is … Uno. You give someone that Draw 4 and it can really fuck up your friendships.

My secret junk-food obsession is … this pizza from Steak ’Em-Up in South Philly. It’s basically a Big Mac pizza. If you look at my GrubHub app, that pizza pops up and says, “Why don’t you order this again, ya fat fuck?”

Published as “One of Us: Brittany Lynn” in the June 2022 issue of Philadelphia magazine.